I've been debating with myself for over half a year now about certain content that I've wanted to write about but wasn't completely sure I wanted it within this blog. For the most part AG's General Ramblings of a Backwoods Bum are exactly that, general ramblings about my backwoods, about my wanderings, but it has also been a place for my philosophical wanderings as well. Time for a bit of a departure. For some of the readers this might not be for you, for others it will be. This will be a multi-part series on general preparedness. There are many facets to it and I'm not really looking to go full detail on the subject, that's a bit beyond the scope of this effort. I'm going to break it down into some basic categories, beginning with personal defense against common firearms.

An interesting thing about preparedness, why is it almost a dirty word these days? Let's be intellectually honest for a minute. It wasn't that long ago that we were putting up larders full of food, cellars packed for the winters, gardens were common, it was actually a sign of well rounded reasonable people who were capable of taking care of themselves. Our grandparents did it, it was common place and sensible. Now, being prepared or 'prepping' has a whole new connotation that's often negative. I don't need an answer, but ask yourself why this would be the case...

I'm a family man, which includes all the good stuff, but it also includes an eye and a mind towards preparedness and being responsible for my family. I've never been the kind of guy who relies on others, if I can't do it myself it usually means I don't need it done. My background has been shall we say, broad spectrum, my various life experiences have given me some insight into things most folks either never experience or have no desire to experience or learn about.

It has opened my eyes to the world we live in, and some of the harsh realities of it. The problem with statistics is typically no one ever thinks they'll be one, especially in this country where the citizenry has been buffered from much of the madness of men intent on doing bad things. However, knock the fog away, read the headlines, we've always had our issues but we've never had them as frequently or with such intensity as what we see today. At least not in my memory, we live in a time of tension and strife, of desperation and depravity. Hiding from that or putting one's head in the sand isn't my way. 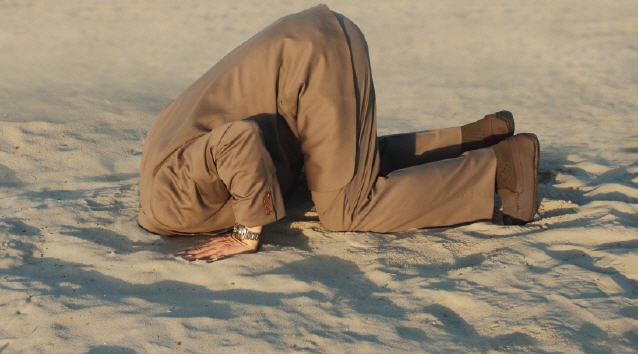 Add to this the multitude of both natural or man made calamities that sit just over the horizon, ripe with potential to do major harm not only to the individual but also the community, to society. I heard it said not all that long ago that 'the veneer of civilized society is nine meals thick'. The meaning being our niceties run out with the food, if the grocery store shelves go empty what will people do exactly? Just In Time shipping is something to behold, till it doesn't work.

Normalcy Bias, the tendency of a individual or a people to either ignore or underestimate a disaster because it's alien nature to them. If one hasn't seen it or lived it then it's hard to accept it as a reality, much less the potentiality of the disaster prior to it happening. In other words, if you haven't been there and done that it can be hard to believe or accept that it can or is happening.
From Wikipedia:

The normalcy bias often results in unnecessary deaths in disaster situations. The lack of preparation for disasters often leads to inadequate shelter, supplies, and evacuation plans. Even when all these things are in place, individuals with a normalcy bias often refuse to leave their homes. Studies have shown that more than 70% of people check with others before deciding to evacuate.

The normalcy bias also causes people to drastically underestimate the effects of the disaster. Therefore, they think that everything will be all right, while information from the radio, television, or neighbors gives them reason to believe there is a risk. This creates a cognitive dissonance that they then must work to eliminate. Some manage to eliminate it by refusing to believe new warnings coming in and refusing to evacuate (maintaining the normalcy bias), while others eliminate the dissonance by escaping the danger. The possibility that some may refuse to evacuate causes significant problems in disaster planning. 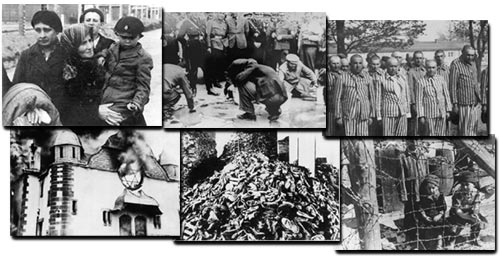 Nazi Germany and what transpired with the Jews. Despite the evidence all around them of what was happening much of the Jewish community still stayed put. For whatever reason, people tend to have a hard time believing bad things happen and then even worse, when the bad things start happening people don't react at all or react the wrong way. Normalcy bias can and will get you and everyone you care about killed if it isn't dealt with appropriately.

The fact of the matter is there is always someone who believes it cannot happen at all, or it cannot happen here, or the Government/Authorities/Cops will deal with it. That's fine, I hope they are right should it ever really hit the fan. I'm not going to bet the family on it though, when you need help right now, it's only minutes away right? Unless their dealing with lots of other people who really need help right then too. It can and does happen, it just hasn't happened here on a large scale.

There are many facets to preparedness, there is a basic tenet though, being able to keep yourself vertical. Enter US Palm, US Primary Armament and Logistical Manufacturing, a division of SGC Global Industries. 100% USA made products focusing on firearms, weapon enhancements, and support gear. Of particular interest to me was their Defender line of body armor. If you have no interest in armor, or do not think it practical then read no further as you'll be wasting your time. If you however, believe $300 to stop up to a .44 magnum round sounds like a fair deal, by all means read on.

Much of what you read or see regarding defensive prepping centers on firearms, not nearly enough on armor. One of US Palm's products is soft armor, though they do make full plate carriers, their shipping armor is lightweight IIIA soft armor. For those with an interest regarding modern armor and wish to know more go here.

This video is from US Palm and shows live fire testing of their Defender Armor. 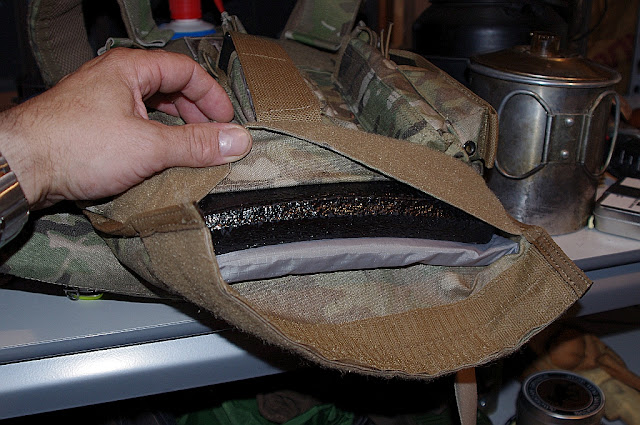 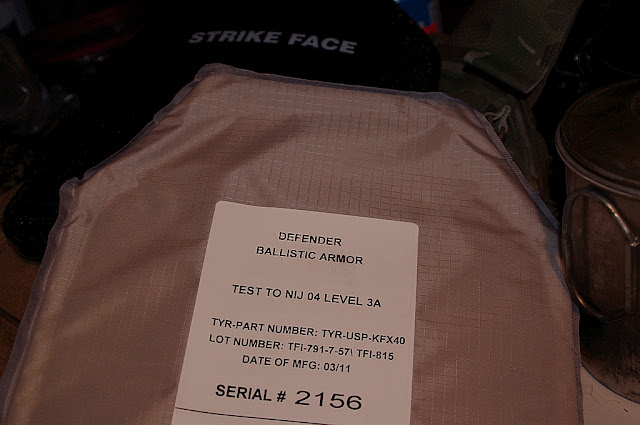 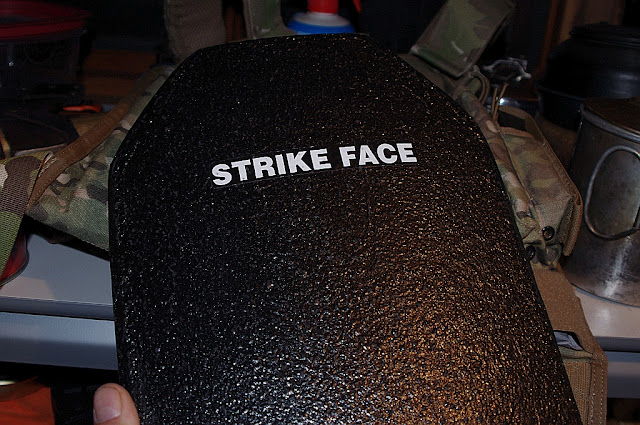 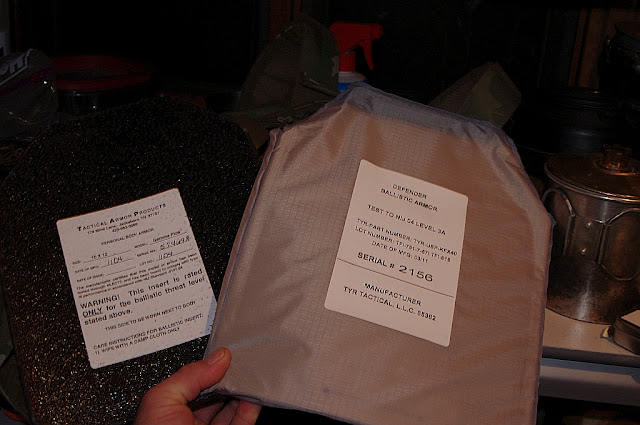 The Defender line isn't for 11 Bravo types in theater, it is for those folks who want some protection in a slick lightweight relatively inexpensive format. It's for the bump in the night grab and go scenario. If you're full time LEO or Military it isn't for you though I do know more than a few law enforcement professionals who have put one of the Defender types into full time use.

I've had the Defender AK rig for nearly a year now and in that time I've managed to run it through a couple courses at some firearms schools as well as my own use and testing.  Not a single hitch, no issues of any kind. Stitching is still as tight as it was when I received it. Recall I'm running plates in mine which weigh considerably more than the soft IIIA, and still no problems.

If you've never worn armor before and are interested, I recommend you contact them about fitting. The defender line is modest coverage, it covers the vitals and that is it. Typically you cannot return armor once purchased so it would behoove you to make sure the fit is right.

If you followed the link to the Defender line you saw they offer six different laouts, from slick to molle to handgun and rifle, both AR and AK platforms as well as mag fed .308.

I can attest to the quality, it's there. I can also tell you that it's big enough to cover my vitals but small enough to not interfere when working. I've worn it doing everything from cutting wood to mending fence just to get a feel for whether or not it was indeed comfortable enough to wear when working hard. It is.

For someone looking for some peace of mind that won't break the bank, will provide protection and is easy to don and doff, US Palm's Defender line will likely fit the bill.

Denial of problems does not result in the problems going away, read the headlines. $300 is cheap insurance against gunshots to center of mass, I think the saying is better to have it and not need it than to need it and not have it. 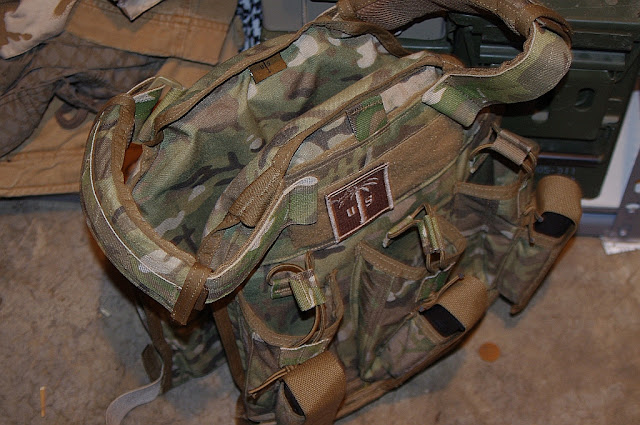 One of the better video reviews of the US Palm Defender.

There are many aspects to being prepared, obvious ones like food, water, shelter, medical, and so on. At the same time if you cannot maintain vertical, if you can't defend it, then much of it is for naught should someone(s) decide to relieve you of it. Even outside of that potentiality, take a look at the number of shootings you see in the news these days and consider that for a moment.

Relatively speaking, armor is cheap compared to the alternative...
Posted by Cro at 00:30