"A new adventure is coming up and I'm sure it will be a good one." 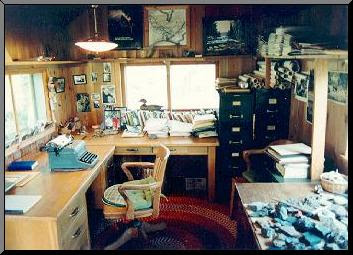 Those were the last typed words of Sigurd Olson, on a single page left in his type writer on his desk. Olson died of a heart attack while snowshoeing near Ely Minnesota on January 13th 1982. Those words were spoken by Malcom McLean the then Northland College President at Olson's eulogy, he said they were Sigurd's "last testament of hope and encouragement to us."

The picture left, is of Olson's 'Shack' as he called it. Kept today as it was at the time of his death.

Sigurd Olson was born April 4th 1899 in Chicago, Illinois. Eventually he would make his home in Northern Minnesota, and would become one of the most influential wilderness champions in our Nation's history, and one of the greatest writers of the wild places that I have ever read. Olson wrote extensively, much of it chasing after the reasons we feel what we feel when back of beyond. The real satisfaction found in the wild places, a sense of satisfaction not found elsewhere. I think Olson felt the link to the 'way back', to the primitive, to the mist on the water of a time gone on long before our births. Something I feel as well and often struggle to put to word, instead hoping a picture can do it for me as I simply cannot find the words to adequately describe the scene and the feeling. Well Olson often did find the words, his work is more than worth the time to read.

Olson believed that the wilderness and time within it plays a critical role in our health and happiness, that we have a biological and evolutionary connection with nature, that our spirit suffers when isolated from it. 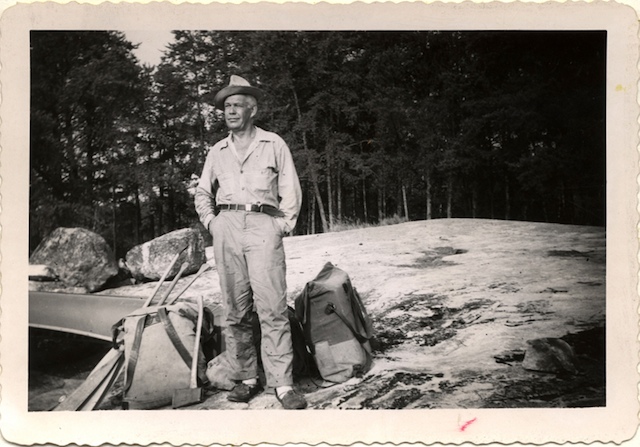 “There is something to being on your own, whether in a blind, trout fishing or canoeing. Alone you get close to nature, you can listen, think, feel yourself a part of the water, at one with the trees and grasses, a part of the whole eternal picture. I think this is what many men seek but never find, the sense of being an intimate part of anything they do. So much of a man’s time is spent being a good fellow, trying to be sociable, competing with others, that he does not find the real answer.” 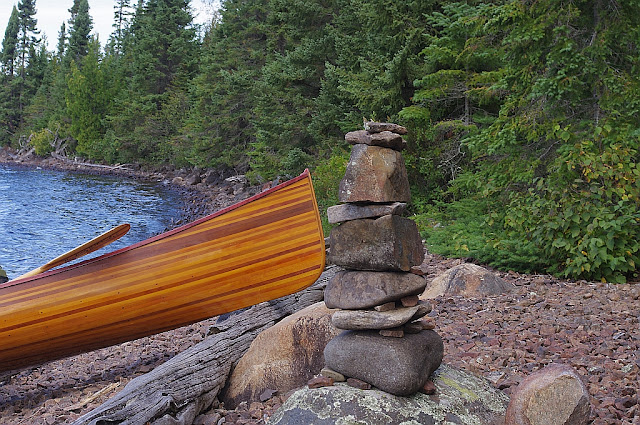 Olson  helped write the Wilderness Act of 1964, he was influential in the Boundary Waters becoming a protected wilderness area, he was also involved in establishing Voyageurs National Park, Point Reyes National Seashore, and the Arctic National Wildlife Refuge. A prolific writer, teacher, and Boundary Waters guide, Olson was a thinker, a doer, an outdoors man, father and husband.

“I think that here is so much of what a man seeks, here so much the answer of what he needs to give himself contentment that he should try and find more frequently ways of satisfying his need. Once he senses that feeling of utter familiarity, of complete attunement, then he has gone a long way toward counteracting the bleakness of civilized living. We are not so far removed as yet, but what we must satisfy often the urge to be alone, to be a part of our surroundings, of being at one with the earth and sky and water. Here is real satisfaction, here fulfillment of the constant hunger of men for the past and primitive.” 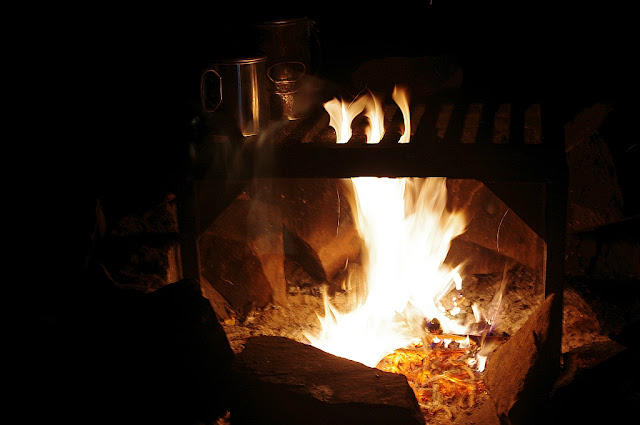 “The movement of a canoe is like a reed in the wind. Silence is part of it, and the sounds of lapping water, bird songs, and wind in the trees. It is part of the medium through which it floats, the sky, the water, the shores….There is magic in the feel of a paddle and the movement of a canoe, a magic compounded of distance, adventure, solitude, and peace. The way of a canoe is the way of the wilderness, and of a freedom almost forgotten. It is an antidote to insecurity, the open door to waterways of ages past, and a way of life with profound and abiding satisfactions. When a man is part of his canoe, he is part of all that canoes have ever known.”

I've paddled some of the same water, and looked upon the same vistas, walked many of the same paths and trails as Olson. I cannot help but feel a kinship with the man who helped preserve many of the back of beyond places that are special to me, places that will still be there for my children to share with their children. Much is owed to Olson's efforts, I for one will be grateful for the remainder of my days, thinking often of him and his words as my paddle slips through the waters and my eyes are filled with horizons uncorrupted. 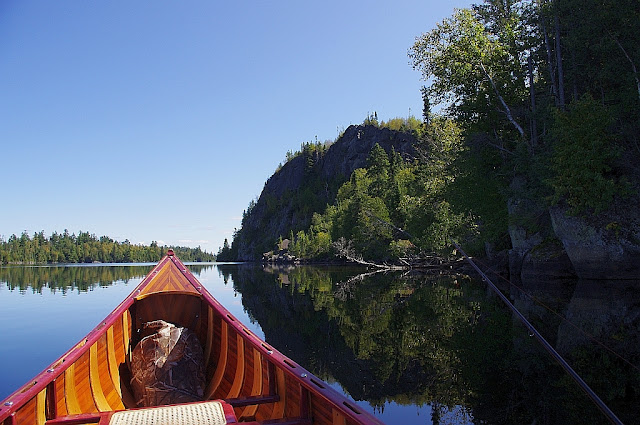 “I can still see so many of the lakes (whose shores and hills are forever changed after the storm): Saganaga, Red Rock, Alpine, Knife, Kekekabic, Eddy, Ogishkemunicie, Agamok, Gabimichigami, Sea Gull. It seems like yesterday… the early-morning bear on Brant Lake, that long portage from Hanson Lake to the South Arm of the Knife, that perfect campsite on Jasper Lake….”

Thank you Sigurd, while long you have been gone, you and your efforts are not forgotten. Each new generation to discover your works will delight anew at your words and actions. I hope the wind is in your favor old friend. 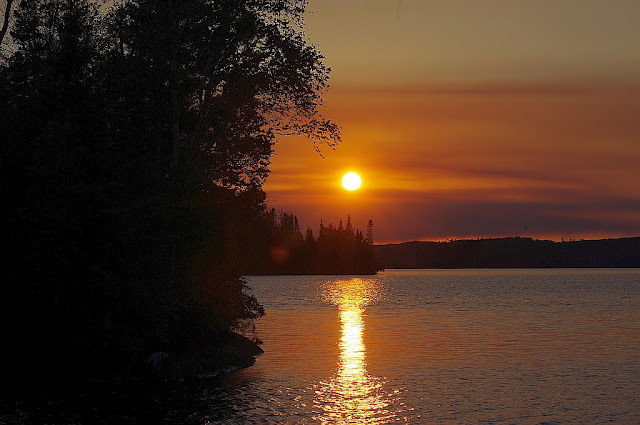