I'll be the first to tell you I'm not an artisan, I can make arrows pretty well, outside of those I can make things that are durable and usable. I've made a few knife sheaths over the years, of utilitarian design, robust and rugged, just not overly easy on the eye.

Some things never change.  ;) My most recent knife which I am extremely happy with, came sans sheath. My favorite maker is currently backed up and he won't be getting to me until probably July or even August so I had to do something and I figured I'd try something I'd not seen before out of two of my favorite materials.

I've got a fondness for Birch bark, I live in the lower portion of the Boreal as it extends down into north east Minnesota, and we've got this miracle tree in abundance. Not to mention multiple different flavors, from River to Paper and all in betwixt. I'm a firm believer in the fact that this is a miracle tree as it just has so much to offer. Even fungus knows the usefulness of Birch both alive and dead. On living Birch I collect Chaga religiously, and from dead Birch I collect Birch Polypore, more commonly known as Razor Strop fungus because of it's use as such. Resins and bark both collected for multiple uses. I sometimes miss the hardwoods I grew up in, Oaks especially, but I've developed an appreciation for the varieties of trees in my North Woods, the Birch most especially.

It's not overly complicated, I simply collected a decent slab of bark, scraped it clean and cut a couple of scales. I decided to use the interior of the bark as the exterior of the sheath as it was quite a bit darker and had what I think is exceptional character as it were.

I assembled it just like you would a leather sheath, retention is a simple thong with a antler slip button. You slide the button out, then the thong off the handle, pull the knife, just slide the button back up the thong once you return the knife to the sheath and you're good to go. The fit is very tight and I like it.

I rubbed pure beeswax into the sheath, heavily, then used a piece of long deer hide to run it back and forth over the surface quickly, creating friction. This melted the wax into the material, water proofing and protecting the sheath.

Here's how it came out. 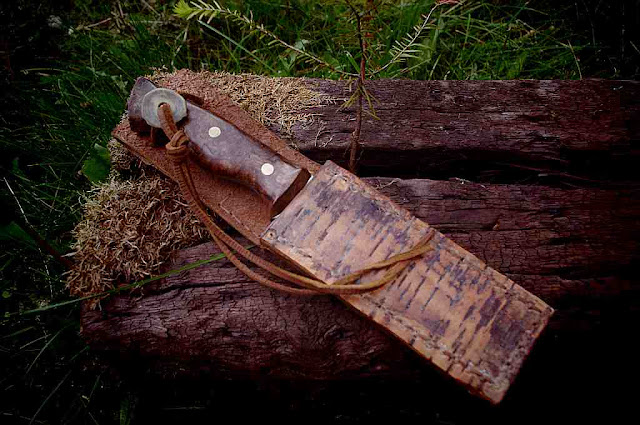 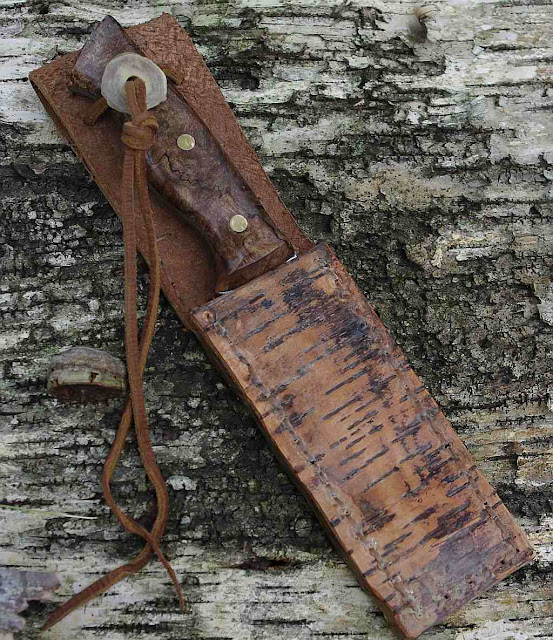 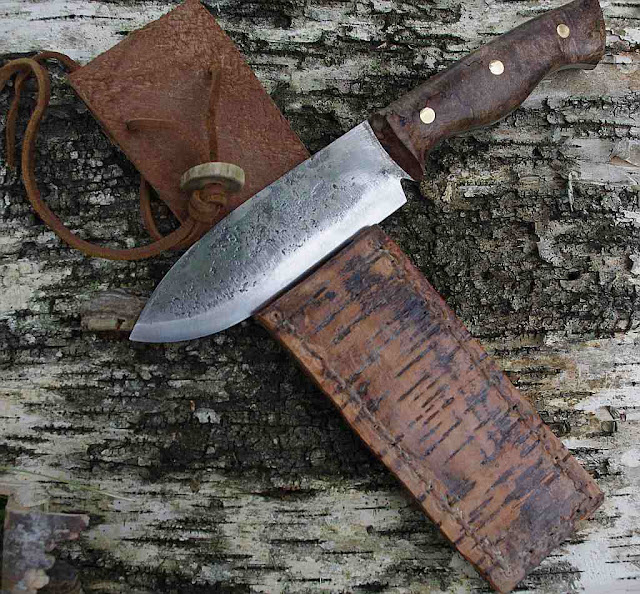 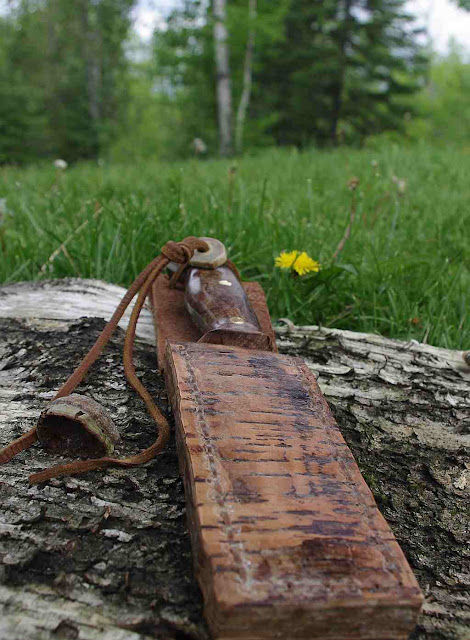