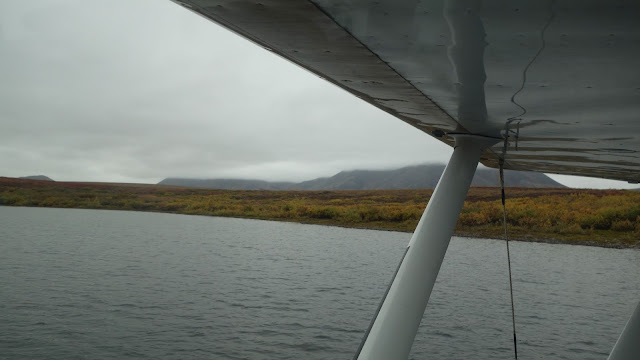 After packing up and loading up at an insane pace Dustin and Throc took off in the first plane, a second bush pilot was en route to pick the remainder of our gear, meat, and myself up. This flight out was exceptional, the pilot was very interactive and pointed out a lot of caribou as well as flew a meandering path back which took us over a sow and two cubs feeding on a caribou they had obviously killed. The rack was intact and he was absolutely a monster bull. They scattered as we flew over at low altitude and then immediately charged right back to kill to continue feeding. I tried to get pictures of this but wasn't able to. 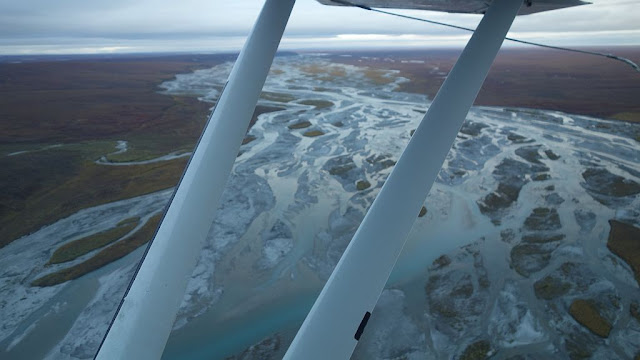 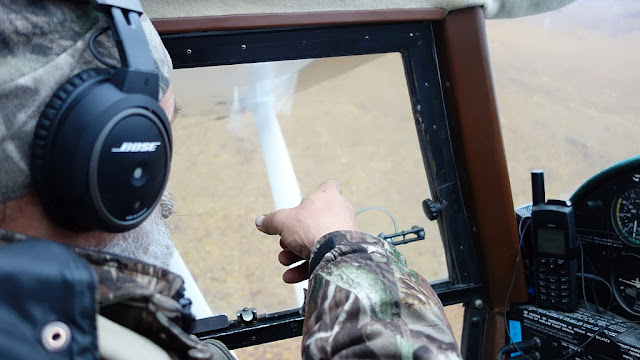 I thoroughly enjoyed this flight, more so than any other I have had. Once finally on the last lake I linked back up with Dustin and Throc and we loaded all our gear on the truck and headed to camp for the night. It was late and cold and I didn't take any pictures that night.

The next morning after coffee we headed out just after 9am, skies were heavy but we made good time on the haul road. 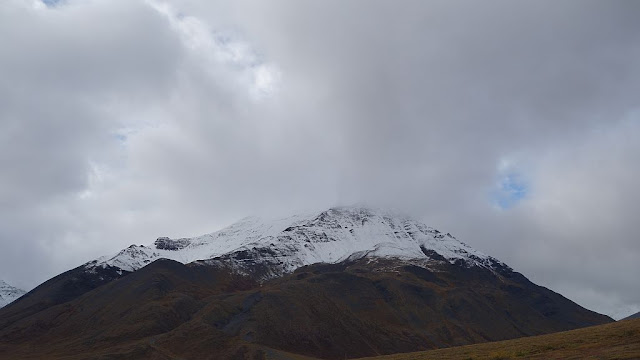 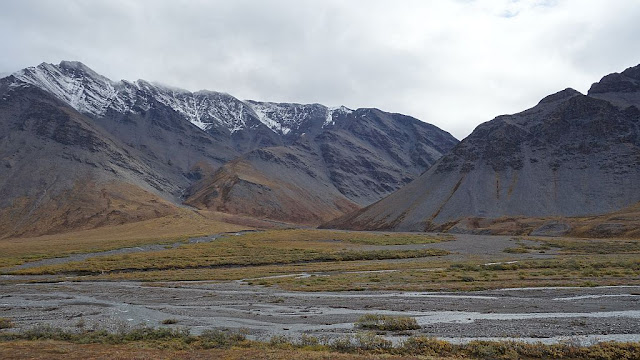 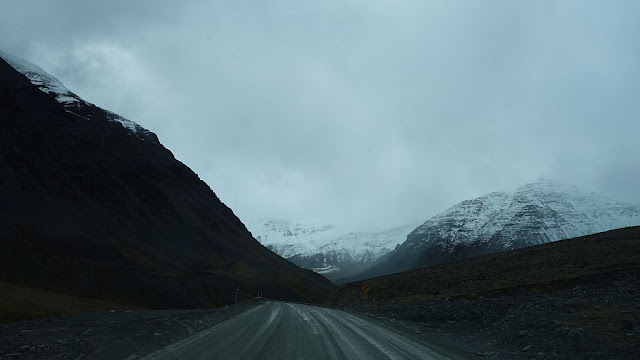 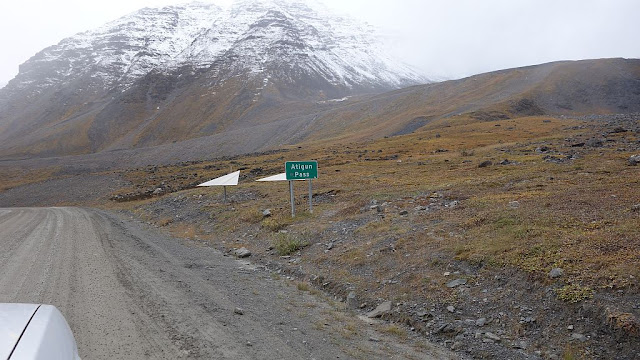 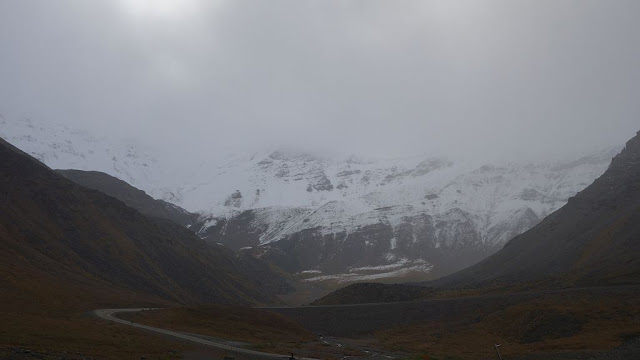 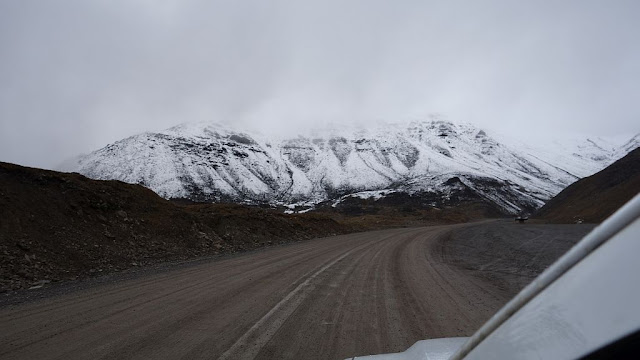 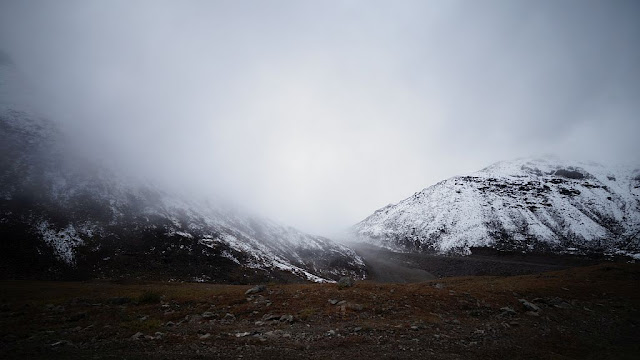 The road south was rugged and seemed to be in worse shape than our trip up. On several occasions it was kind of touchy as the truck wanted to slip out. Once passed Atigun Pass the road improves dramatically, that section down to Coldfoot is paved and downright awesome to drive. At some points we had some sun and others we had torrential down pours. 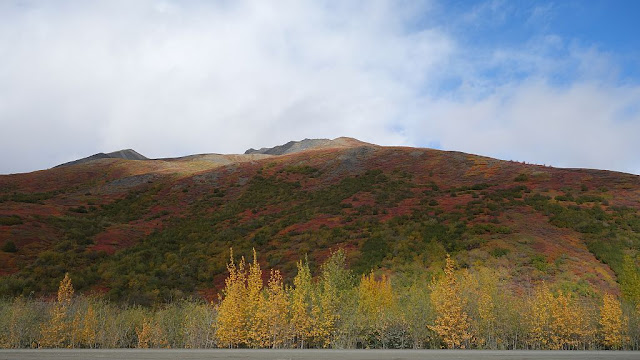 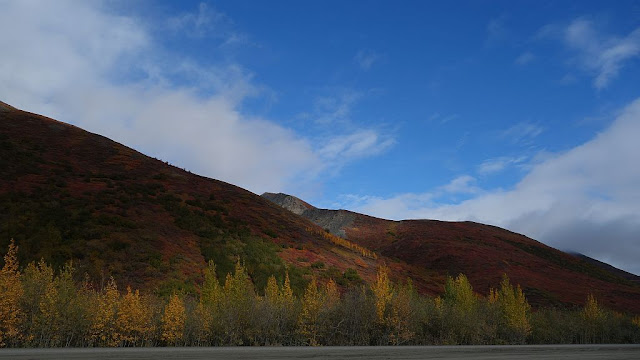 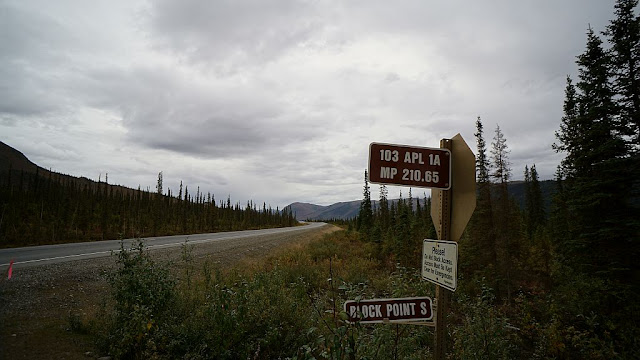 Coldfoot is really the only food and fuel spot on the Haul Road. It is basically the half way point as well and they serve damn fine food. I was too hungry to take pictures of the mean double burger with bacon but believe me, it was one of the finest burgers I've ever had. 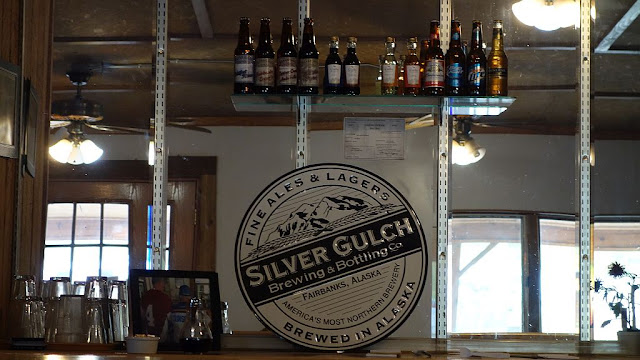 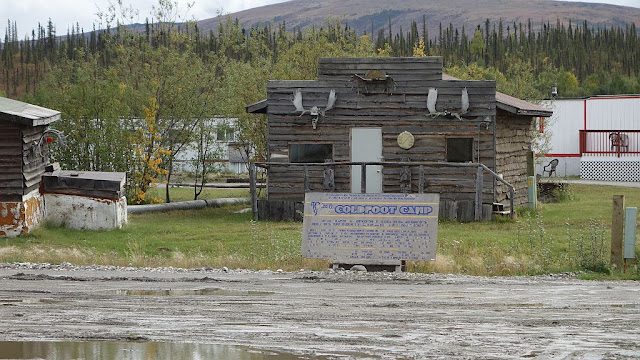 After Coldfoot we continued our drive south. About a half hour before we hit the Arctic Circle I jammed the breaks when I saw this guy. 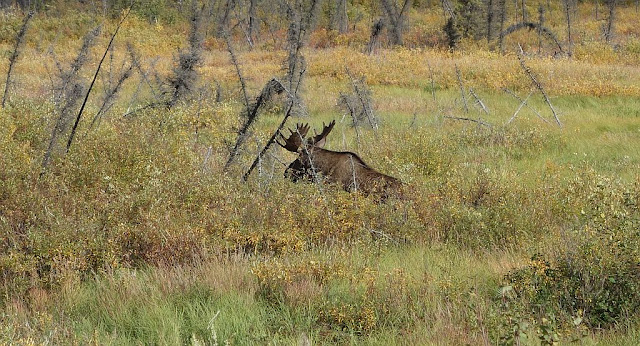 Our goal was to camp about half way or so back to Fairbanks and decided to do so within 12 miles of the actual Arctic Circle. We'd finally gotten back into heavy timber and made the stop for the night. 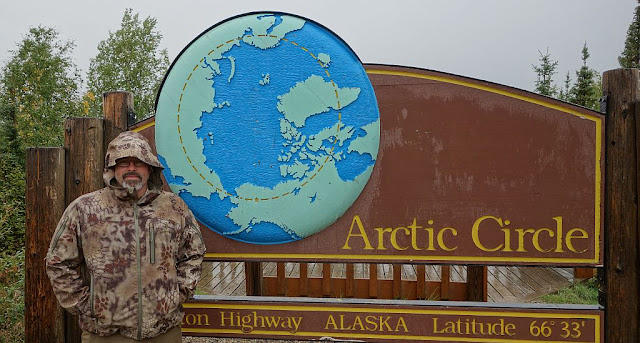 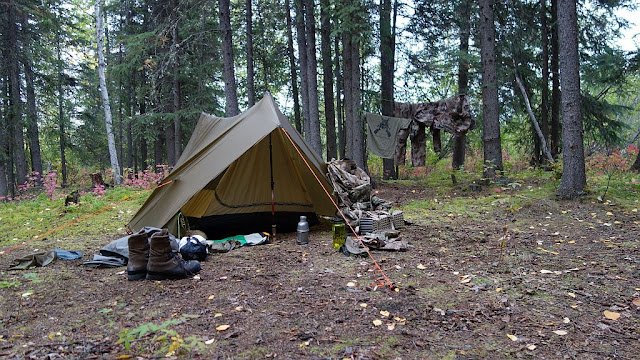 Camp was simple and I didn't spend a lot of time taking pictures. We hung out around the fire and burned everything dead we could find.

We spent a lot of time talking about pretty much everything from Bushcraft to hunting, to society at large and a large range of other topics. It was probably the highlight night of the entire trip, the camaraderie and shared perspectives further cemented the friendships.

As the night came on I was struck with the idea to cook some caribou on a flat rock that was at the edge of our fire. Agreeing with the idea we flipped the rock to face the super hot coals and set about cutting some caribou steaks.

As soon as we placed them on the rock the sound of sizzling meat and an incredible aroma blasted our senses. They cooked incredibly fast, perhaps 1.5 minutes per side was all it took. 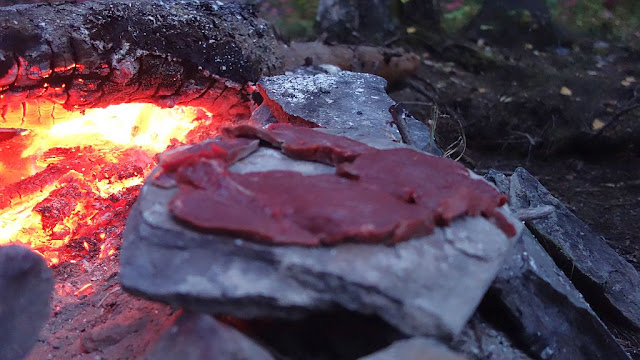 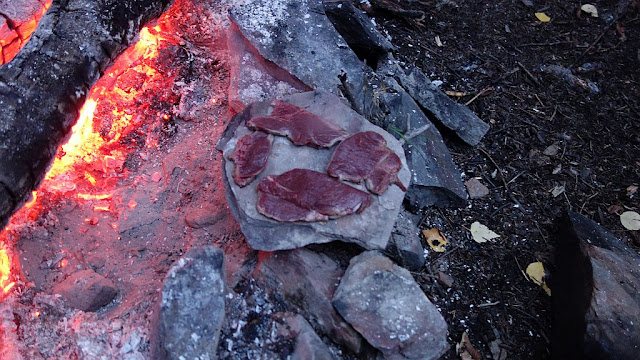 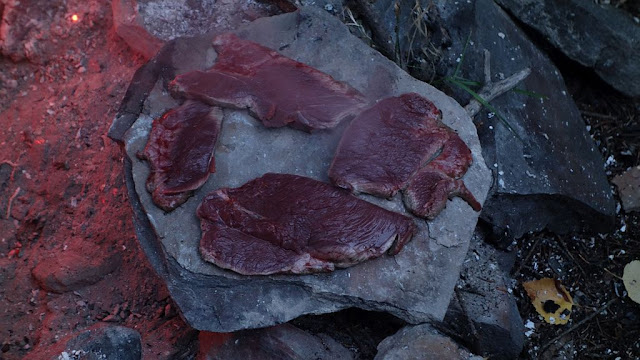 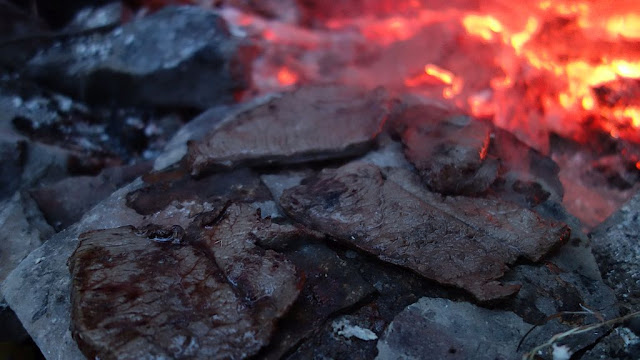 We all agreed it was some of the best if not the best camp steak we'd ever had, it was truly superb and stretches my ability to effectively describe just how good they were. Truly a highlight of the trip. So much so Dustin got creative in the description of 'Cooking Caribou on a effing rock!'

The night waned, we added logs and enjoyed the very thing we came here to find. I'm proud to have made this trip and prouder still to have hunted and spent time with Dustin and Throc. Lifelong friendships, a taste of the true wilderness was had, grand adventure all around and memories to last a lifetime were certainly made.

My trip to Alaska did not disappoint and merely whetted an appetite to return!