Update on the Snare Line

Since I laid the line in it has produced three to five hares each night, it has been very productive! The temperatures have been below zero as a high for several days, today we got a bit of a break and it warmed up into the teens.

My son wanted to run the line today and because I've got to get back to work tomorrow he'll be taking over. I tossed my pack on the wheeler and he followed on the snowgo, we left before dawn. 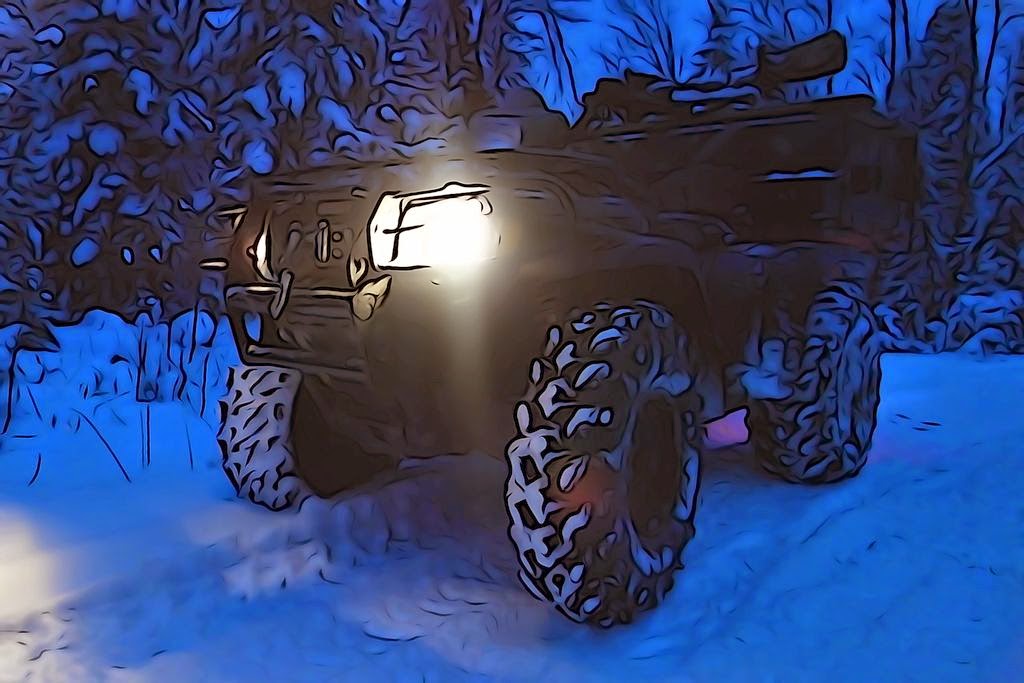 I've never pushed my boys or any of my kids for that matter, into my own hobbies and interests, I've left the doors open and let them choose what they want to do. I didn't want to create mini-me children so they were always invited but never persuaded. I'm quite proud of all of them for being independent, just the same I was happy to see my son's interest in snaring hares.

My line consists of fifteen snares, spread over a total distance of about a mile and a half. The line makes a loop from behind the barn, out and around and winds through my property before it rejoins the main trail. I space them out over such a distance so as to avoid over taking in one area. 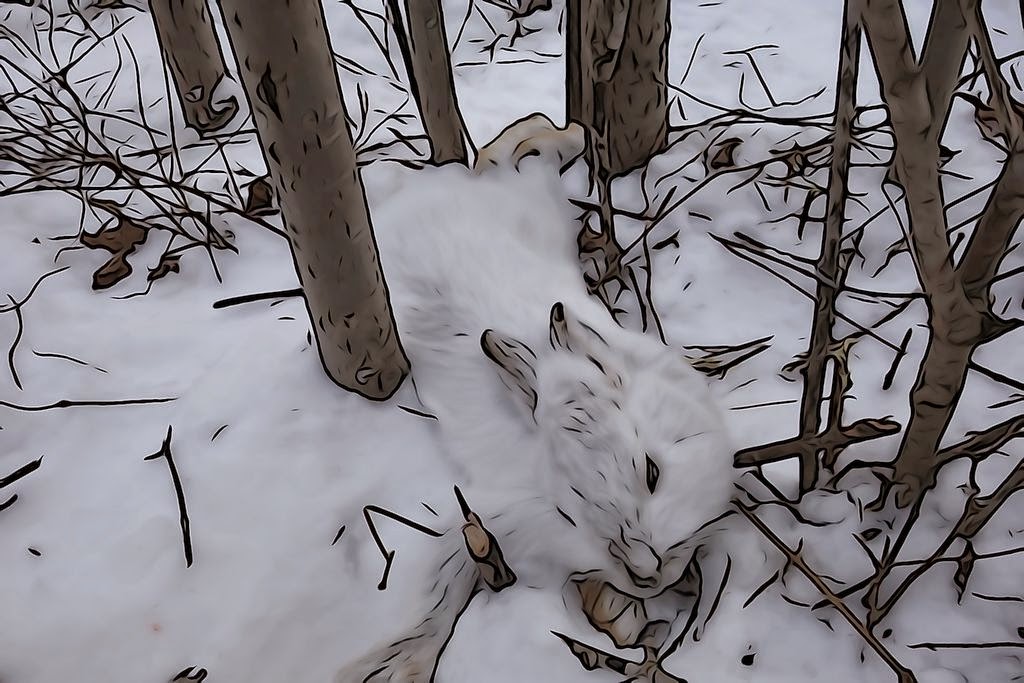 The weather was definitely improved, it was good to feel the sun again after so many days of bitter cold winds and sub zero temps with the sun hidden behind grey clouds. 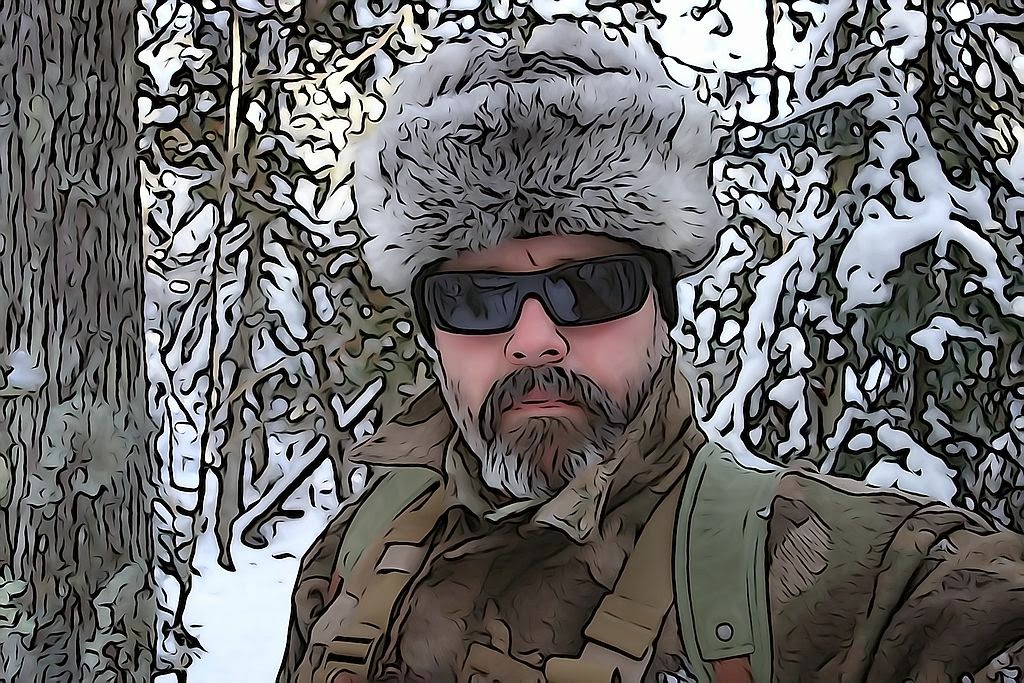 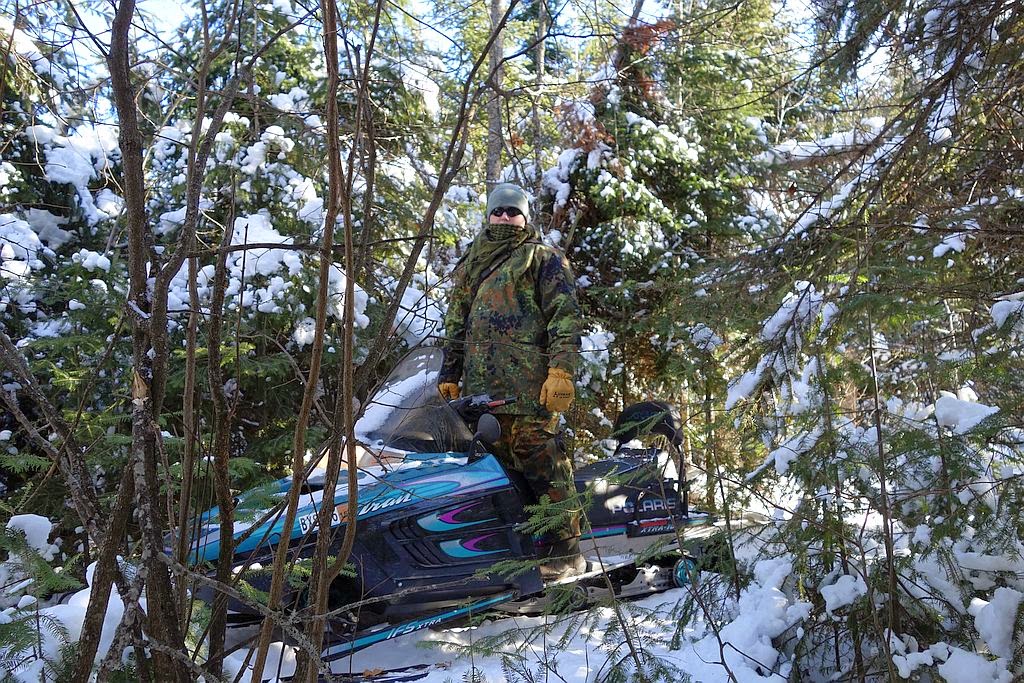 I picked this Fjallraven Rucksack up from suspectdevice on the forums, I'd been curious about these since Bush Tramp posted his some time ago. I'm more than pleasantly surprised at the capacity and the comfort and overall feel of the pack. 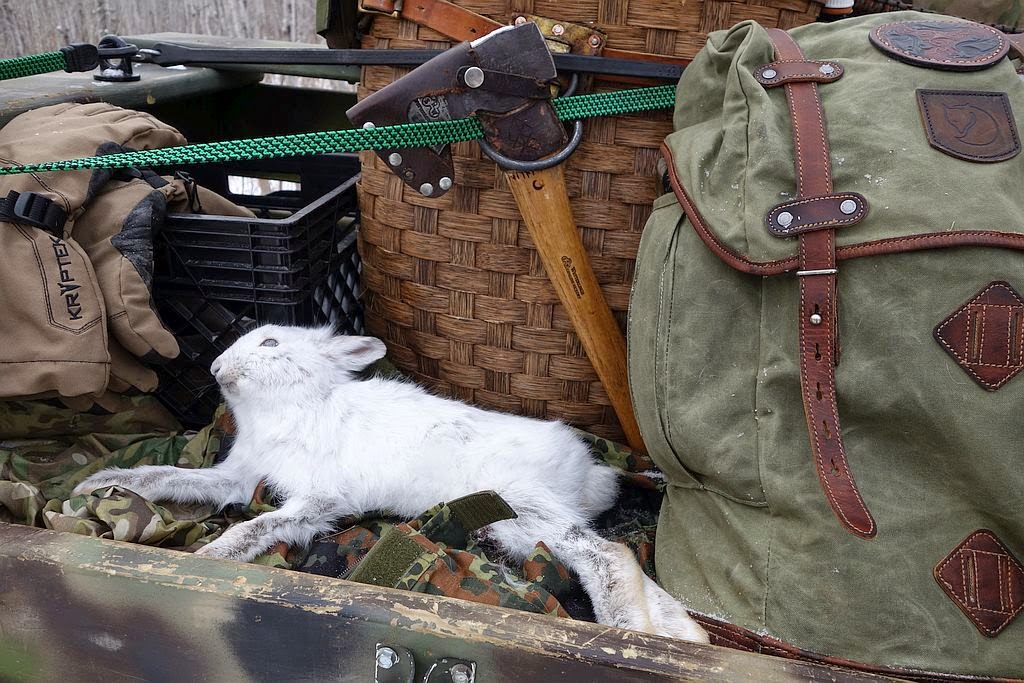 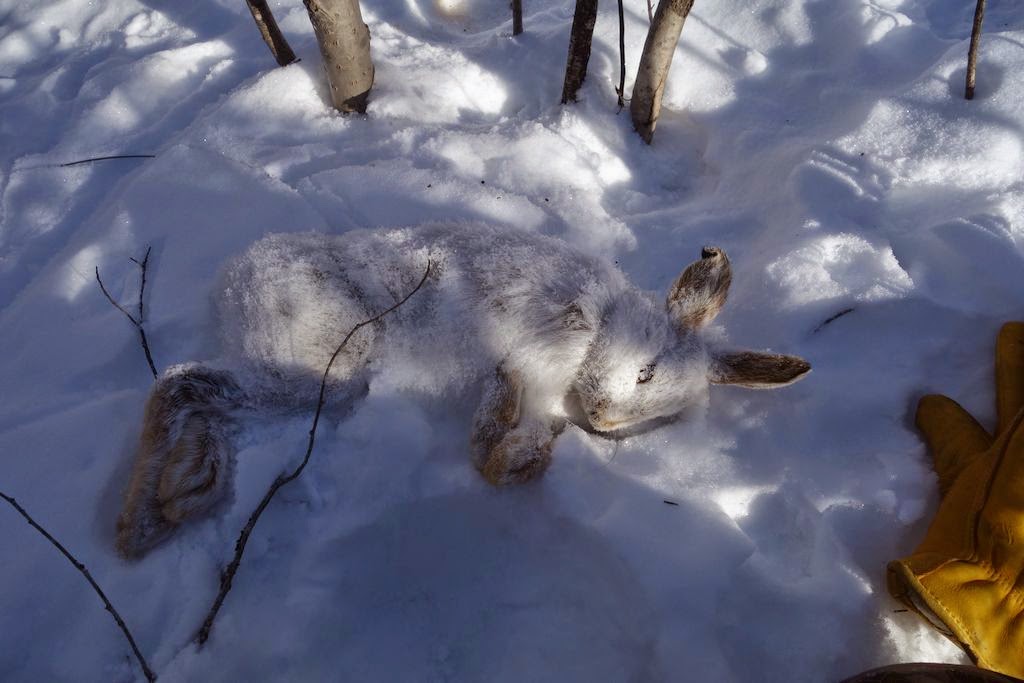 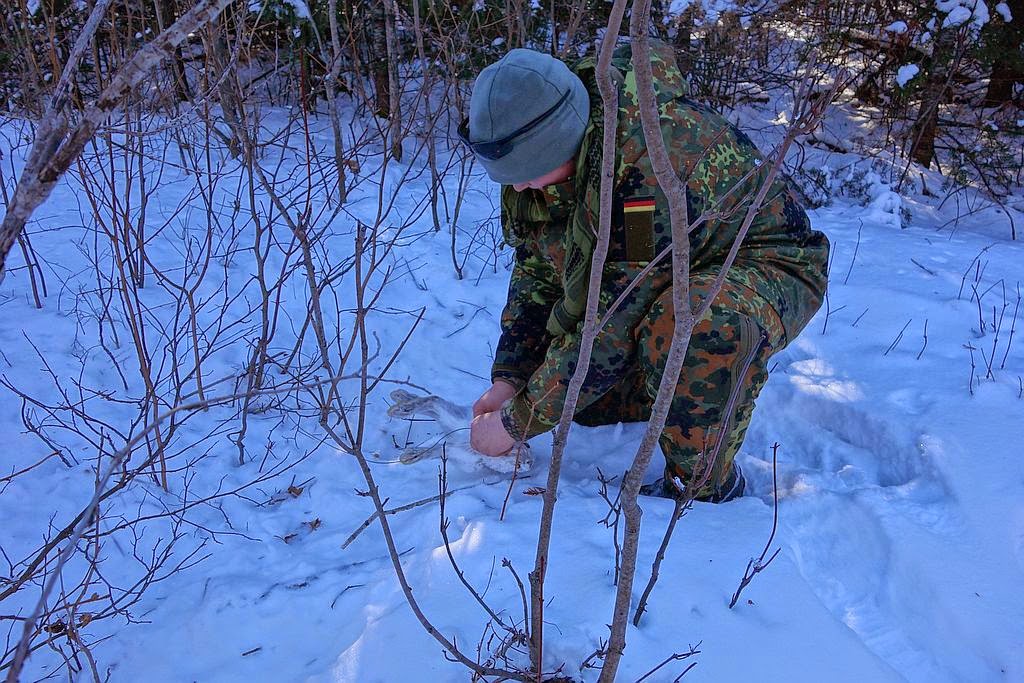 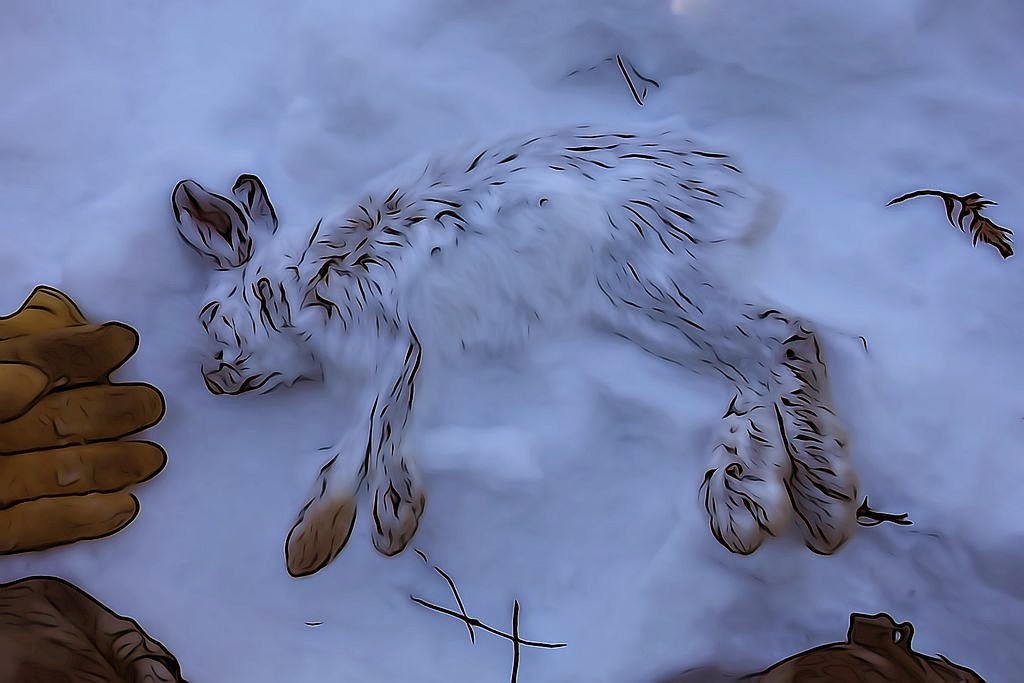 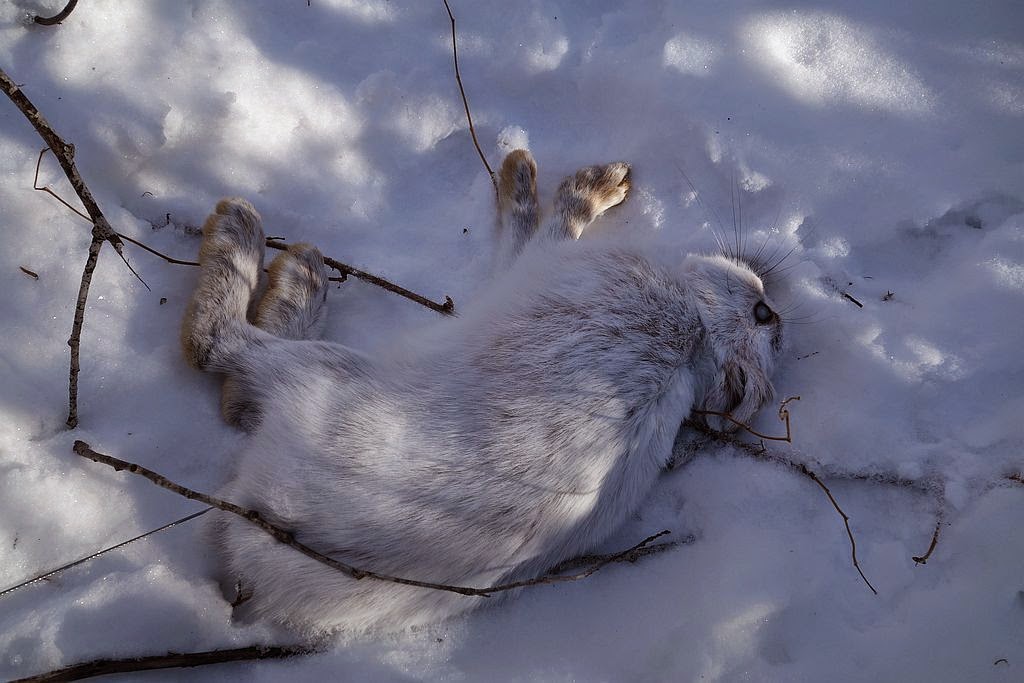 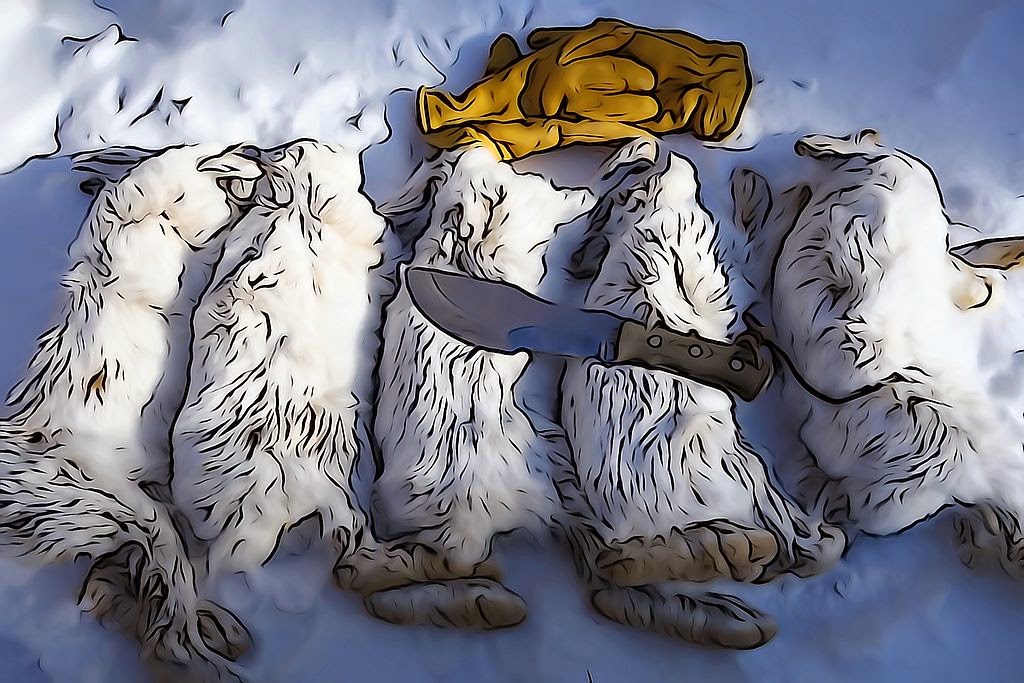 Son cleaned a couple of them, he picked it up pretty quick. Because I'm saving the hides to make small drawstring bags we took our time and peeled them end to end instead of splitting the hides at the back and just ripping them off. 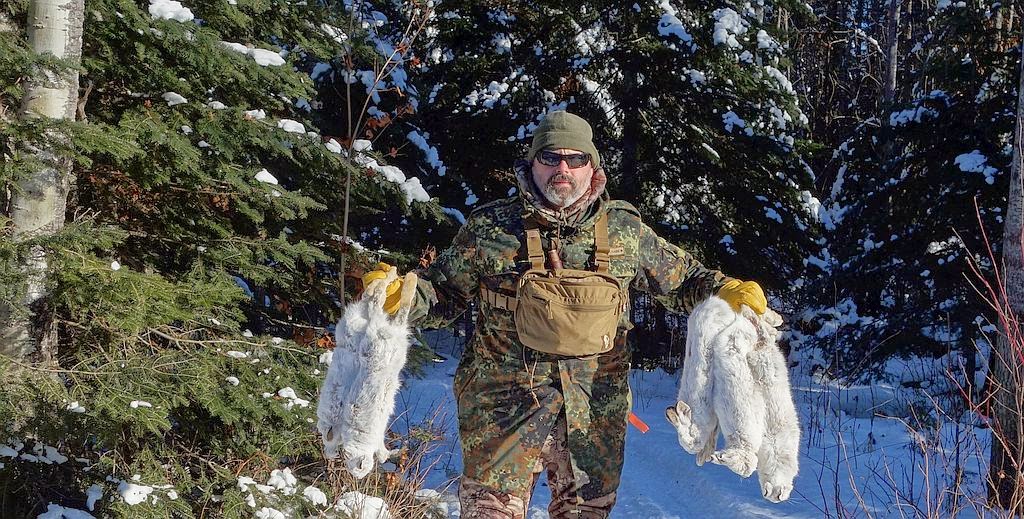 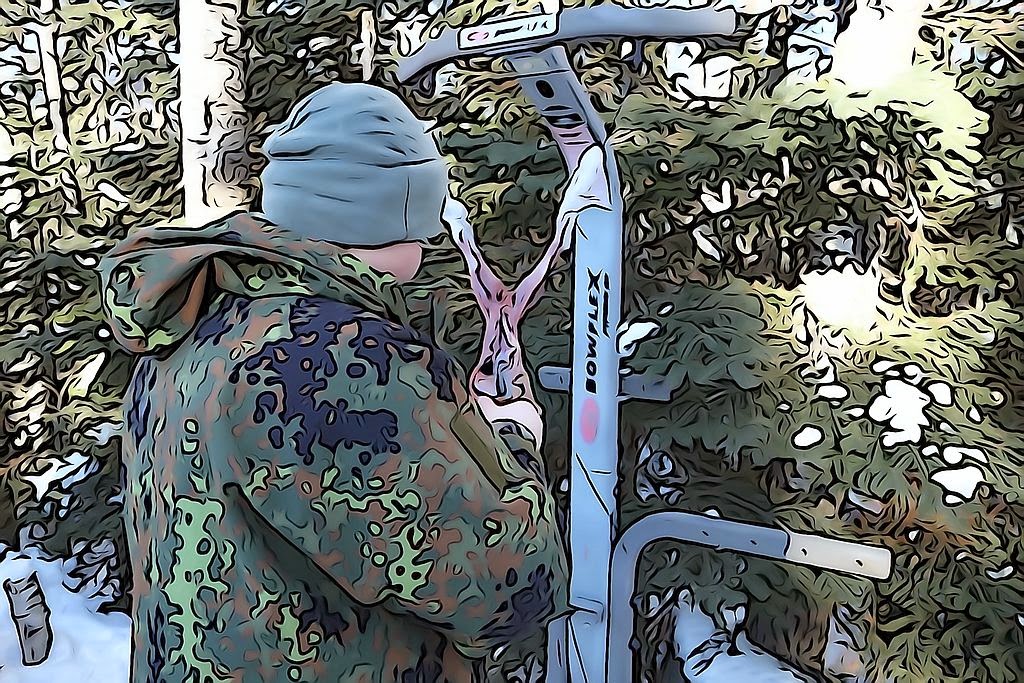 Suffice it to say it was a good day. Only down side is tomorrow I am back to work, though I am excited that my son will take over the line and continue to run it for the rest of the season. It has been quite the year for him, finishing his education, getting his hunting and trapping licenses and so on.

I think I've been as excited to see him get to this point as he was.