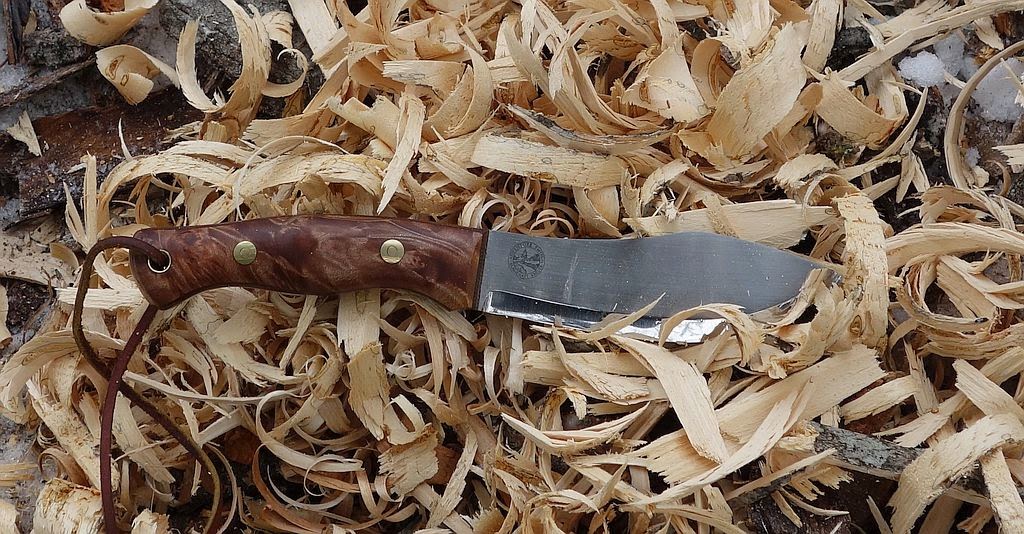 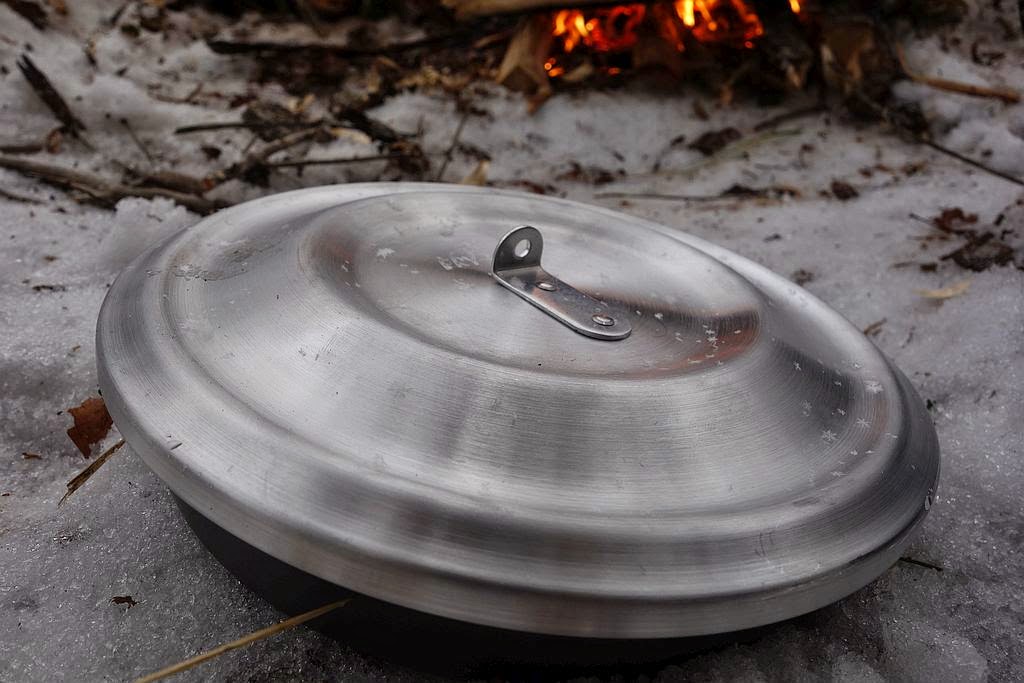 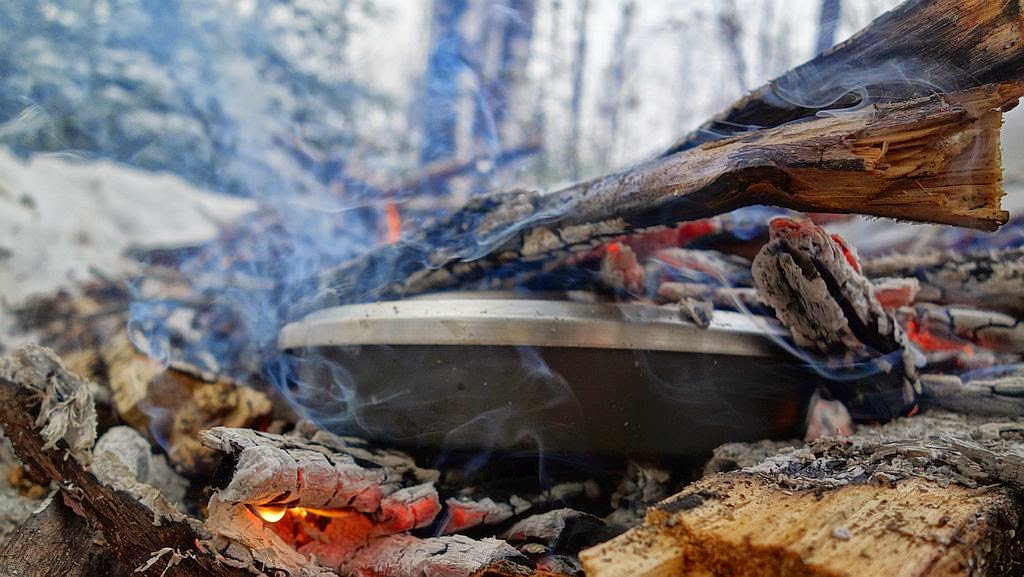 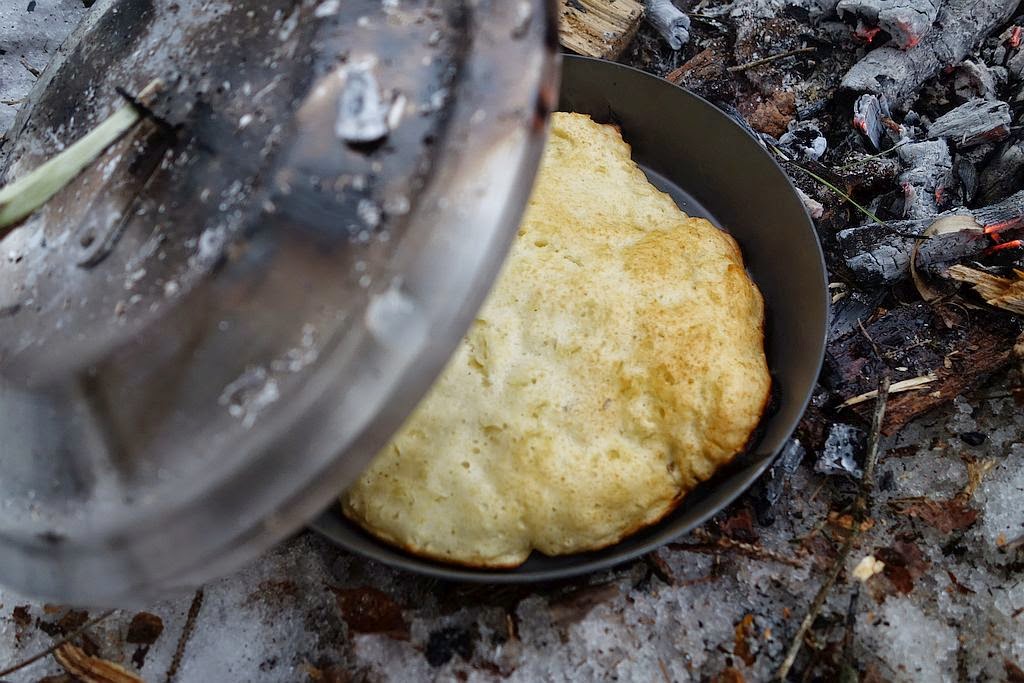 I've been on the road for a couple weeks, and still have three more weeks to go, leaving again tomorrow. I had a little time today to go for a walk in my backwoods, drift the woods and enjoy the silence. The noise of the road had to go, airports, hotels, rental cars, bad food, long meetings, yeah I needed to 'bathe in some wood smoke'!

This was the first chance I've had to get out with a new piece of cooking gear. A Fry-Bake Alpine pan/lid set. At a very light weight it functions like a dutch oven, with some limitations.

I also wanted to see how a new GoPro camera would do in with temps in the teens. This go round I recorded in 720, next time I'll bump it up to the 1080. It worked fine but battery life was limited. When I ordered the camera I also ordered two spare batteries and a ruggedized 9000mAh battery pack. From that I can charge my phone, my GPS, my headlamp, my Sony camera, and this GoPro. The testing for this will last the next several months. I think the 9k will do but may have to go up to a larger unit for extended stays.

Saw was the Laplander, knife was the Adventure Sworn Guide, and I beat it with a stick all good like.

For the fire I started with the H60 but actually got the fire going with a regular (non-European ferro rod). I'm no expert on steels and don't typically engage in pontificating as to which is best. Here's what I can say from experience, some ferro rods drop globules of molten goodness, and some rods are more of a flashing match type thing. The Euro rods are the flashers, then there is everything else. Some one more knowledgeable than I can weigh in. The video shows what happened. The H60 didn't ignite the shavings, almost but not quite. The globule from a normal ferro fell into the feathers and ignited.

Not saying the Euro type rods don't work, they absolutely do and I've used them before, in this case one type worked better than the other.

Last thing, there are three Ray 'Wylie' Hubbard songs in the vid, if'n you don't like Texas red dirt music just mute it out.

Thanks for taking a look!