Breathtaking execution in steel would be about as good a sum up as I can muster. I'm blown away at the detail, striking lines and just beautiful craftsmanship. Fit and finish are exceptional, one of the most comfortable handles I've had the pleasure of using.

I recall the first time I saw the Guide model posted, and I thought to myself then that it was one I would need to own eventually. Timing worked out just at the end of the holidays when this beauty hit the classifieds at BCUSA. For several days after it was posted I actually hoped it would be picked up, I didn't over extend for Christmas but I had made some large purchases including a BECK, a Wohlwend, a Shearer, in addition to paying for my Alaska trip later this year. Days went by and the Guide beckoned, finally I lost my resolve and bought it. I am certainly glad that I did. It's good to have an Adventure Sworn back in the stable!

Some time ago I'd let my AS BCUSA knives move on to other users, the sale of them financed some other projects and while I don't regret selling them I have regretted not having an Adventure Sworn in my line up of knives. Cody's execution is some of the best I have seen and his knives certainly rank in the top five most comfortable, useable, knives I have owned.

The lines on the Guide model are what drew me to it, particularly the handle, it has the swells in just the right places, it's certainly a pleasure to hold and stays that way over periods of extended and intense use. The blade shows obvious homage to a 'Nessmuk' type pattern. The hump on on the spine being the characteristic most commonly associated with that pattern. It's useful in a lot of ways, primarily for game processing. The mild tip and slight down turn help avoid puncturing things you don't want to puncture when gutting an animal, the rise behind the tip, when the knife is inverted, allows you to 'unzip' an animal with the blade between two fingers as you go from back to front.

The length of the handle and the shape lends to light chopping which is additionally aided by the edge/weight forward blade. I found it particularly useful in de-limbing small to medium saplings. The blade while at 4&3/4" was still long enough for baton work on medium sized rounds.

Over all I am thrilled to have a AS again and even more so that it is the Guide model, the exact one I've wanted to own since I first saw it. 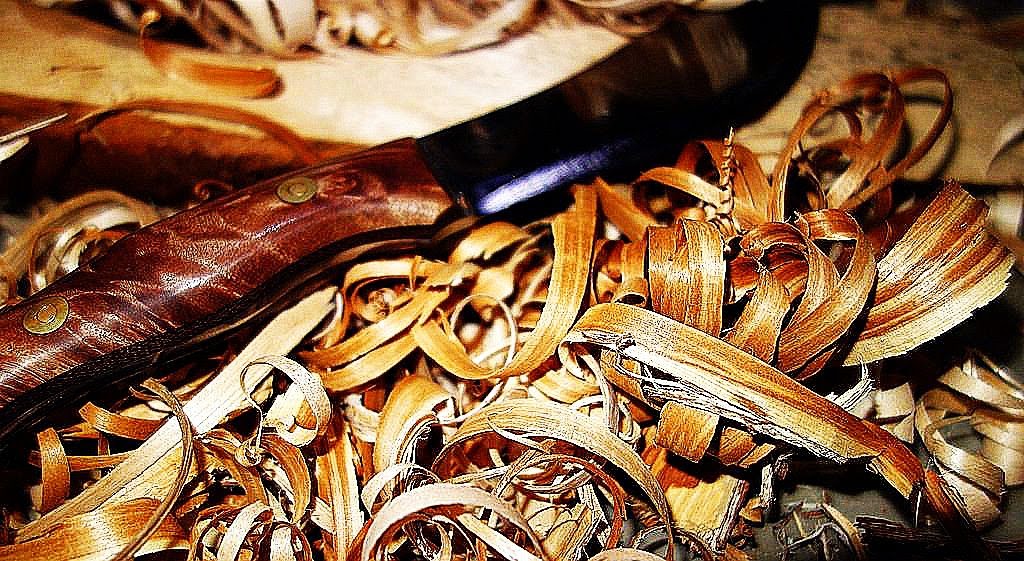 Kudos to the Adventure Sworn crew, this knife is a stellar example of what their craftsmanship and attention to detail looks like.

Superb in every way.