What follows is a Mr. Black inspired mini-adventure. Some time ago he had posted some images that while taken with a camera they appeared to be illustrations, it is a filter that my latest camera also has. Because Mr. Black has been such an inspiration to me I decided to try the same format while running a snare line for snowshoe hares...

A cold and frosty morning had me pulling on my mukluks, shouldering my pack, and leaving before dawn with my bow in hand. Late archery season was still on and there is no better joy to be had, than sending singing arrows into snow covered stumps if there are no deer about. Truth of it though, I needed some woods time and so I set out.

My woods before dawn, with the headlamp's light guiding my way, were heavy with snow and shadow filled. Rabbit tracks ran to and fro, the dense spruce trees along my back trail made for fine 'rabbitat'. (Hat tip to my good friend jstalljon for the word).

I'd loaded my rabbit snares in my chest pack to make getting at them easy, instead of taking my pack off every time I wanted to set one. 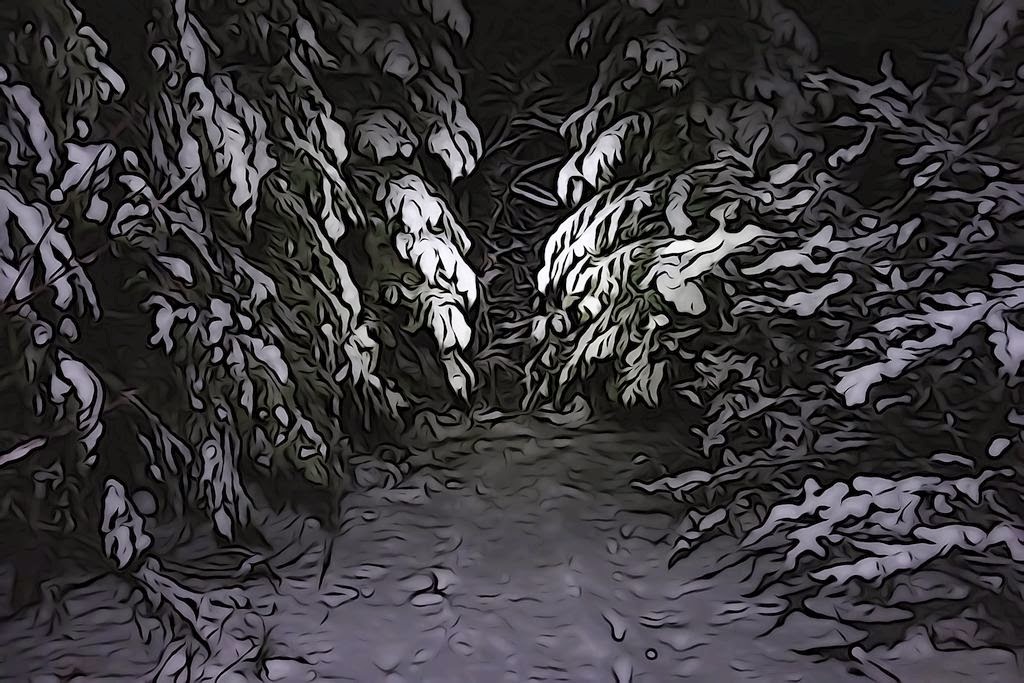 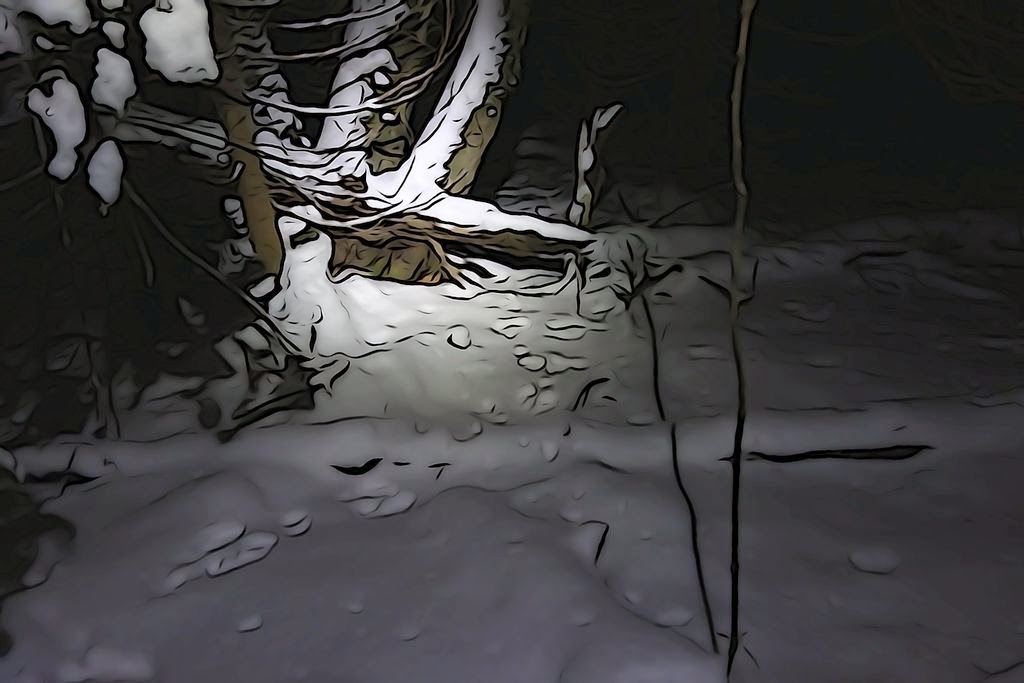 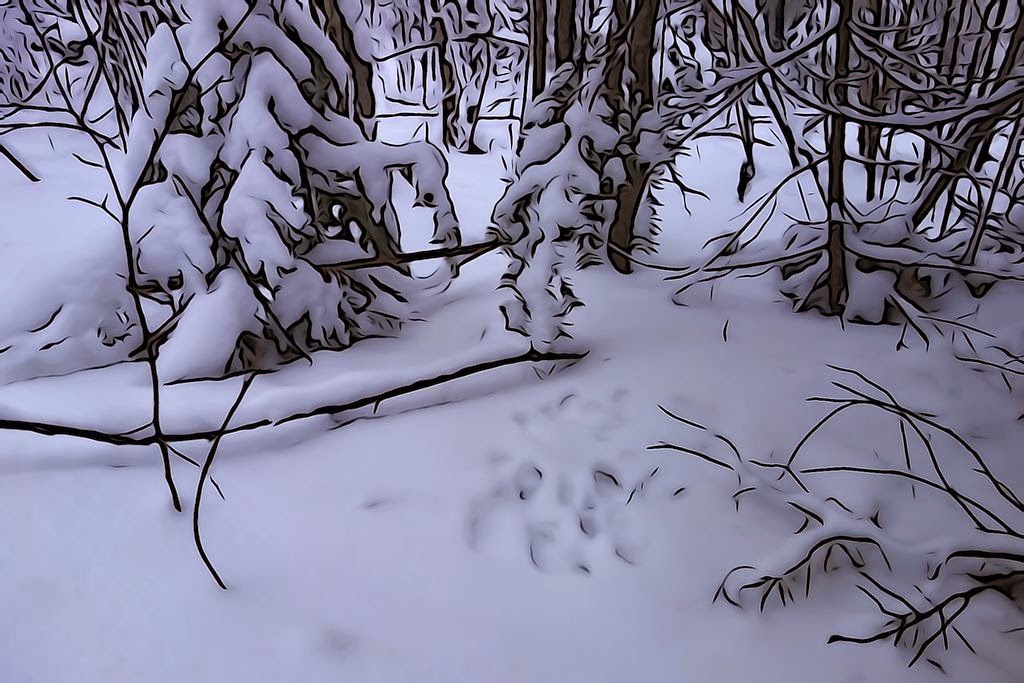 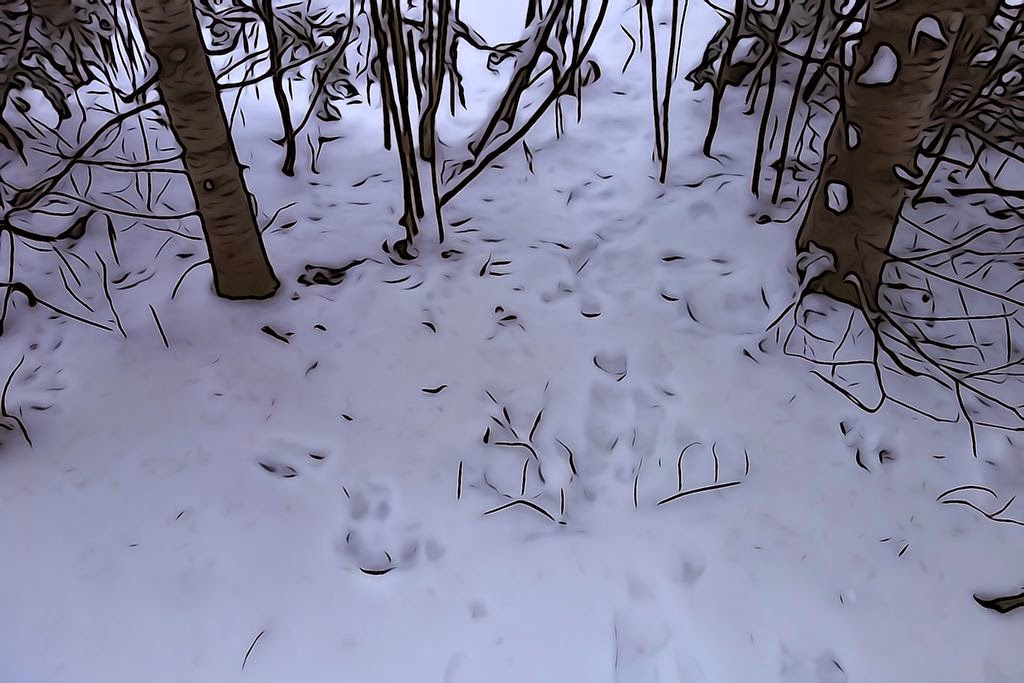 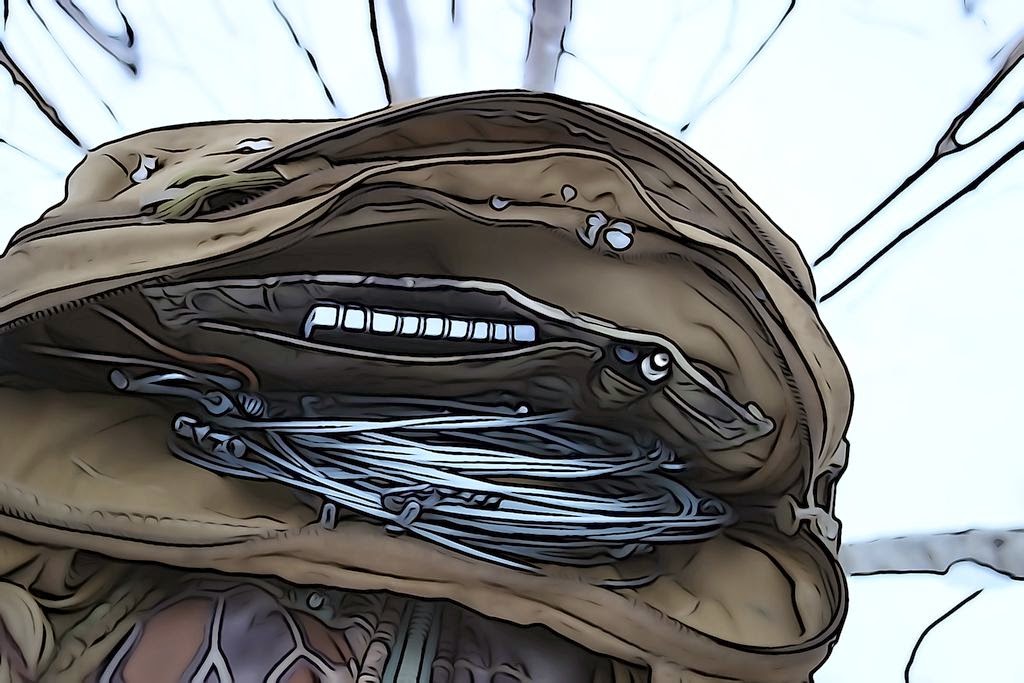 The temperatures had been unseasonably warm until today. We had a brief cold spell back in November but seemingly ever since it had been warm. That had changed, single digits and windchill put the mercury south of zero. Even colder weather on the way, I smiled as I worked up the trail, this is the weather I prefer over all others, I find it cleansing.

I was happy to have mukluk weather back, it has been too warm thus far to be able to enjoy mine. So light and yet incredibly warm, amazing that in our modern world this ancient technology is still the best for this type of weather.

Beneath my pack road something long wanted and only recently acquired. A Beck model G WSK, which quite unexpectedly came into my possession the week prior through an auction on the BCUSA forums. Around my neck and tucked into my jack was a Luke Shearer Puukko, also won in an auction, both to benefit Mr. Black's dream of climbing Mt. Whitney in and with recreated Otzi The Iceman's clothing and gear. I was happy to help in this cause! 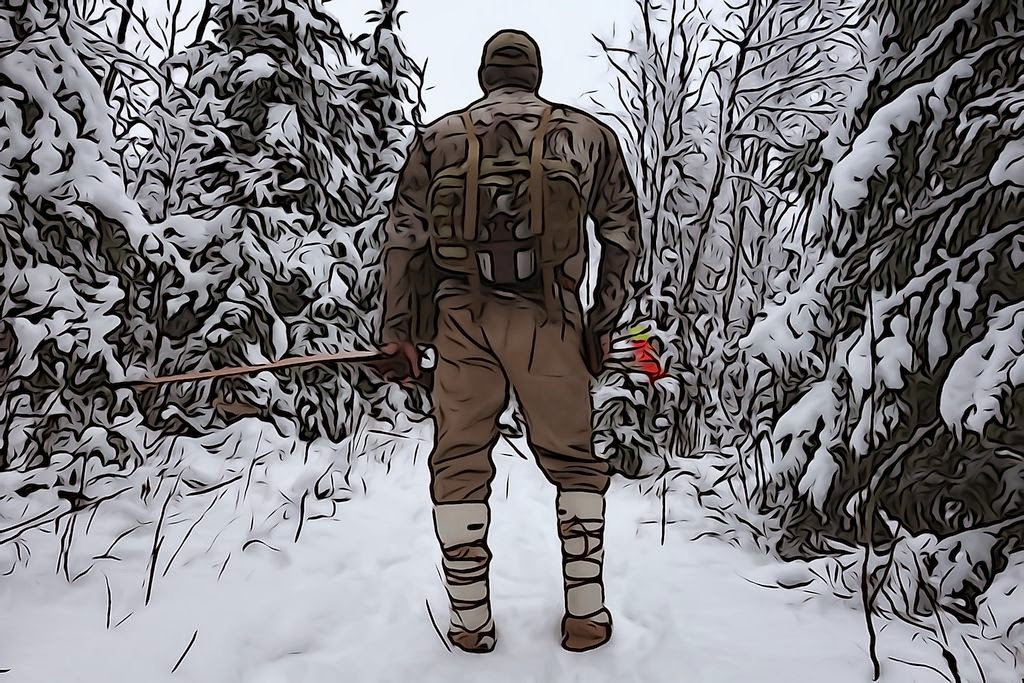 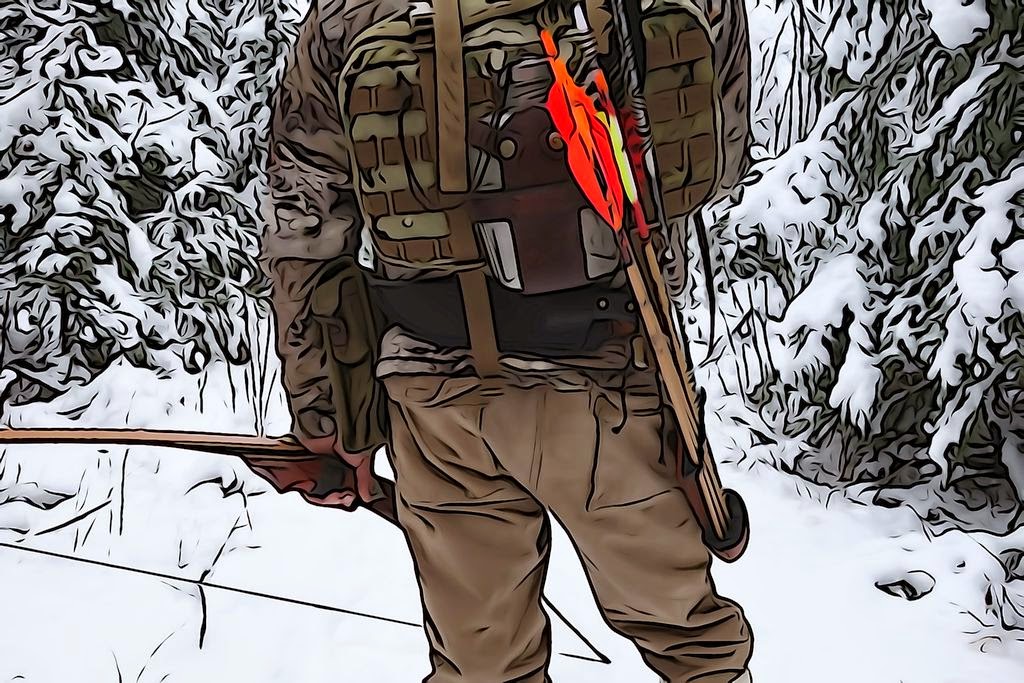 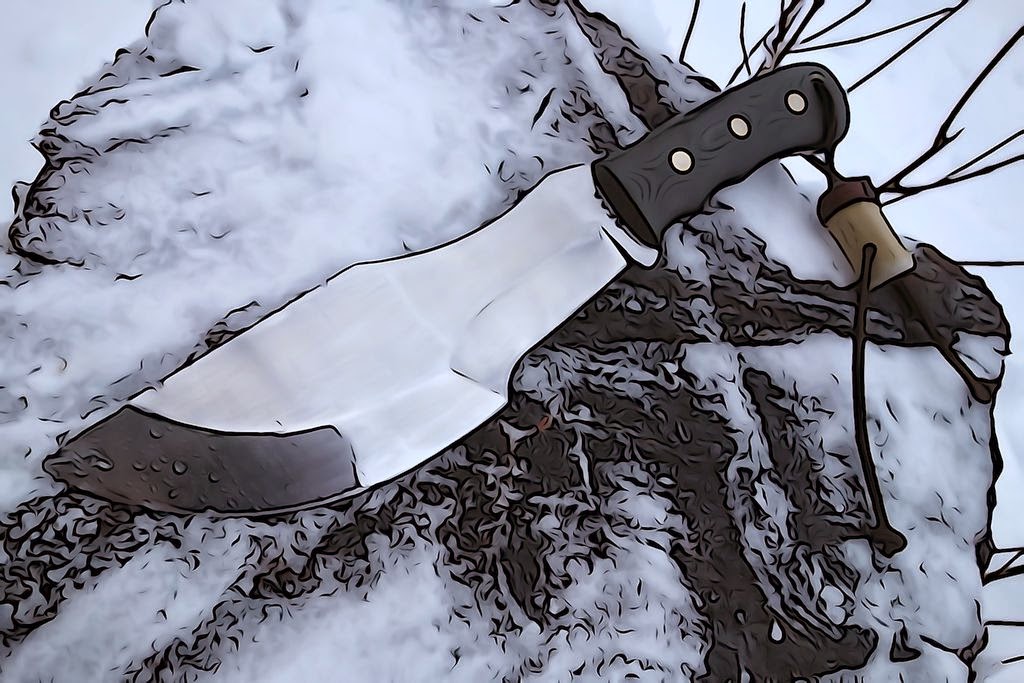 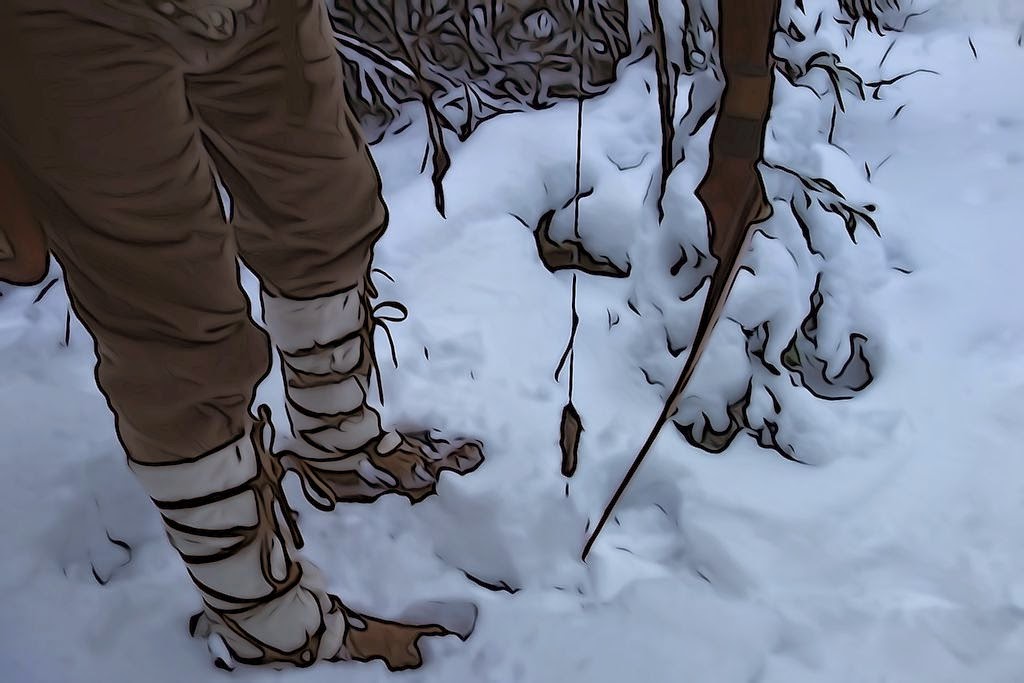 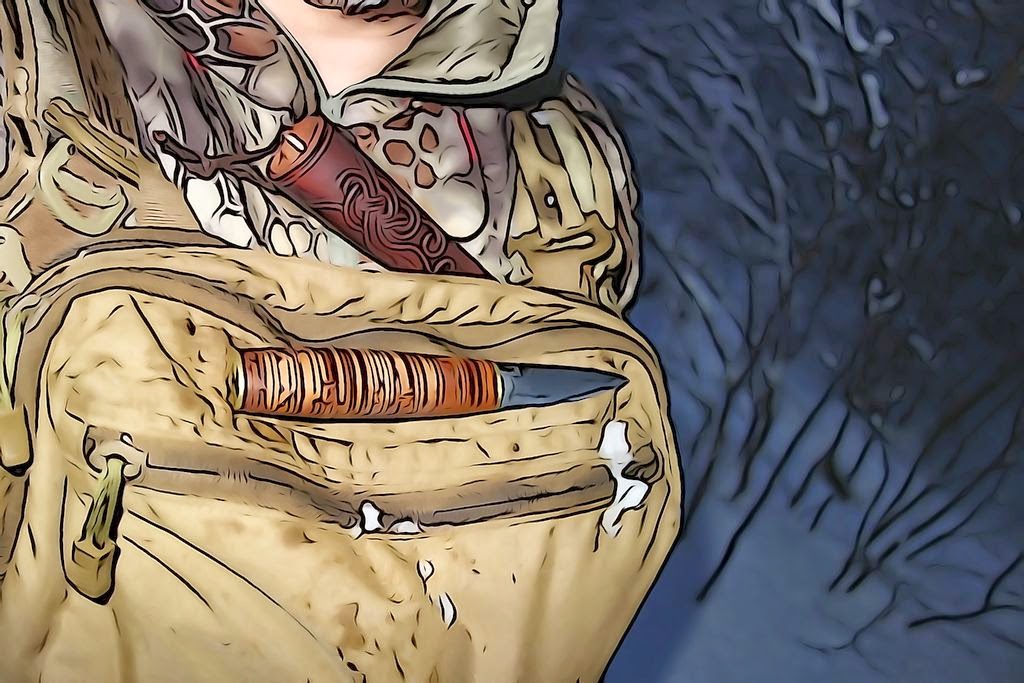 As I walked the trail there were several excellent rabbit runs and so I set snares along the way. I took my time. I set snares as well as I know how and have been successful in the past. I try to get them as perfect as I can, just so on the trail, at the right height, planting branches and debris to 'guide' them into the set. What I know I wasn't taught, just trial and error and learning from the error more often than not.

The snow had come heavy and the wind had gotten up, a small tree had blown over at the stump, fallen across the trail. The WSK made short work of it, I moved it off the trail after cutting it in half. The boughs made good cover along a rabbit run so I set another snare. 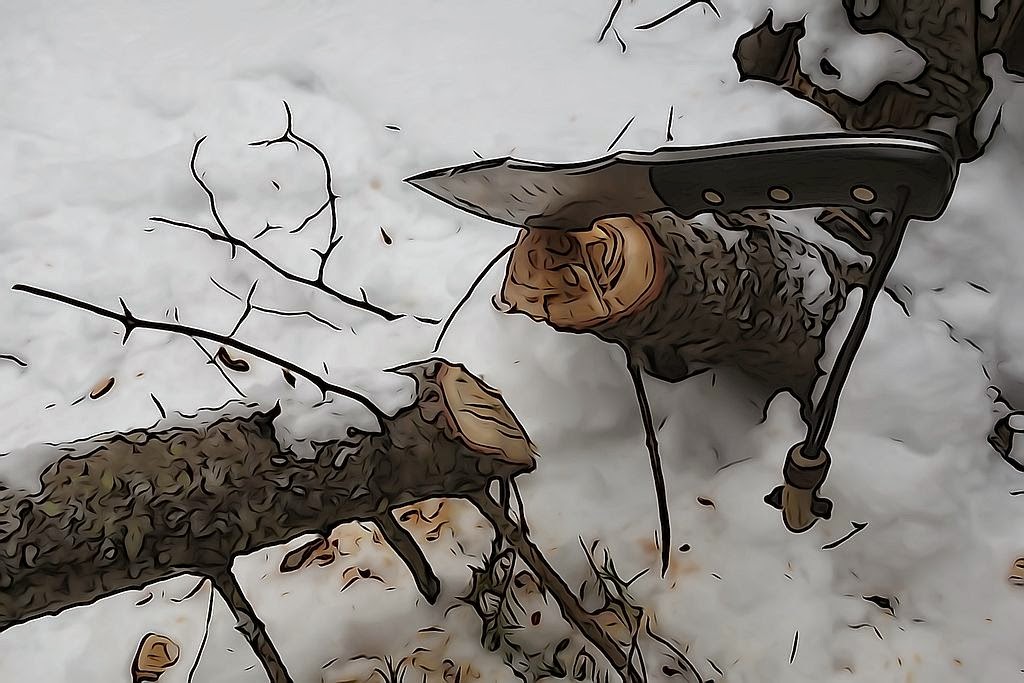 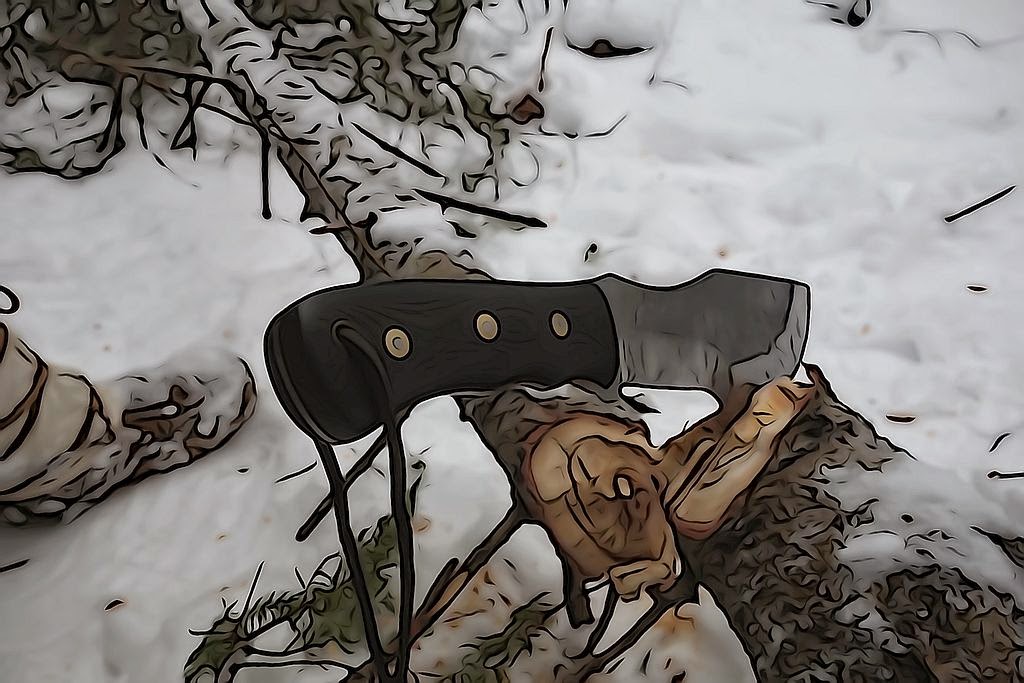 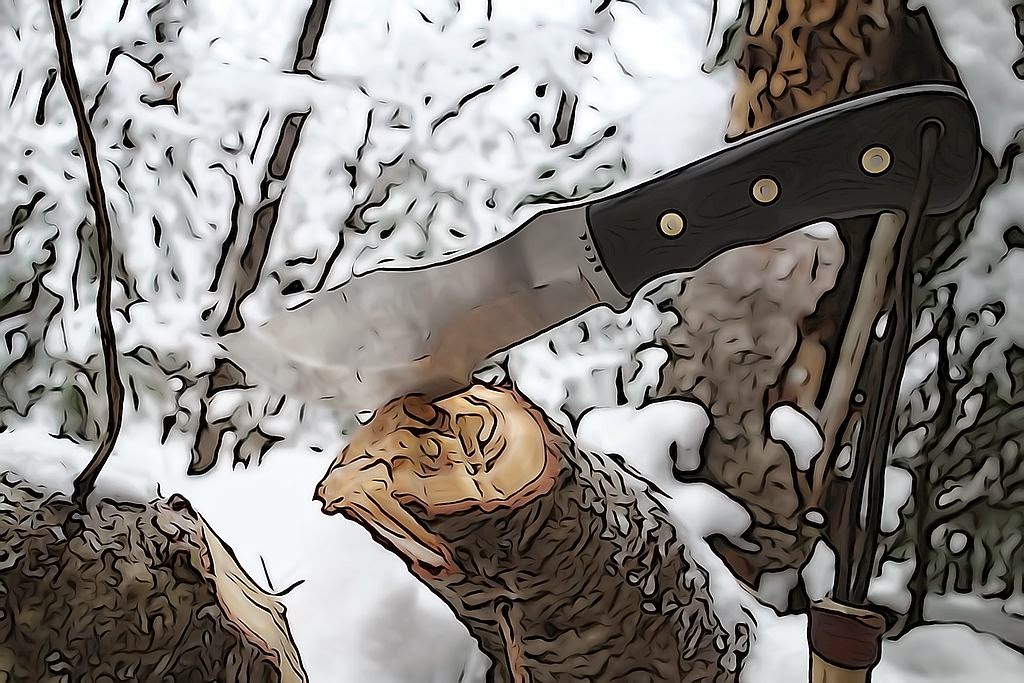 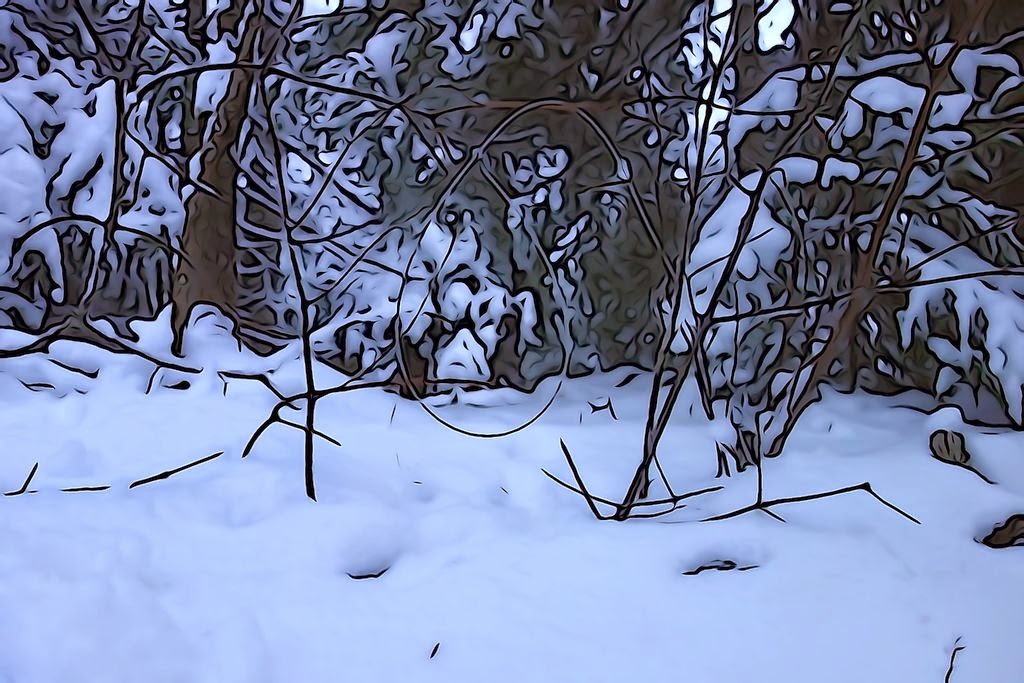 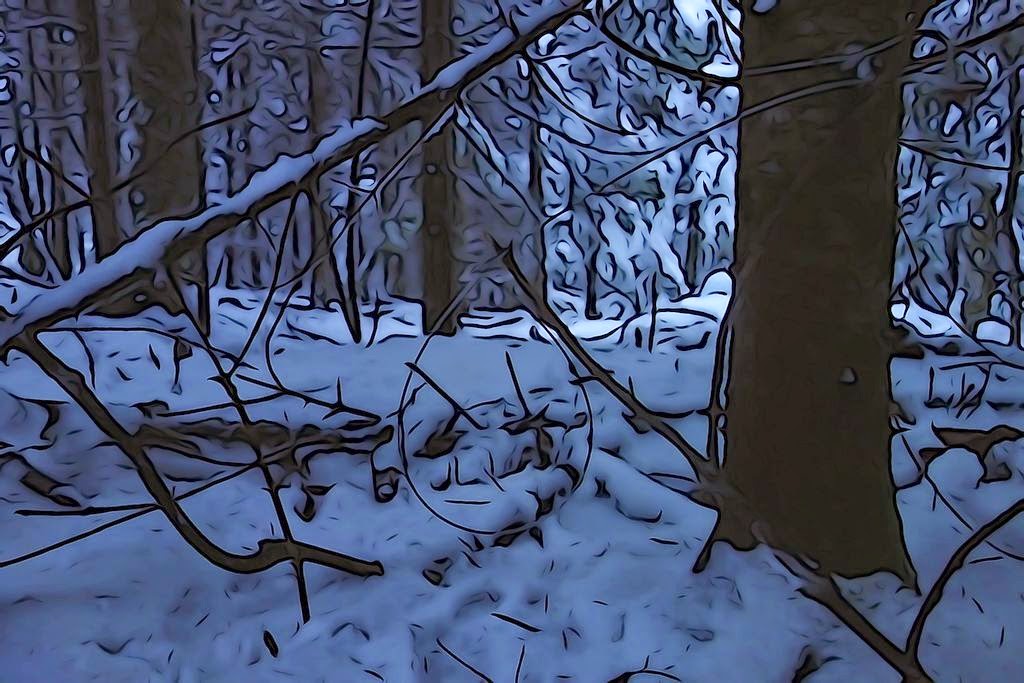 As the sun began to slip behind the trees I turned towards home, I felt rejuvenated, with all the joy the Christmas season brings it also brings a fair portion of frustration and of course over indulging at the dinner table. It felt good to walk within the winter wood, to feel the bite on my face and to read sign. 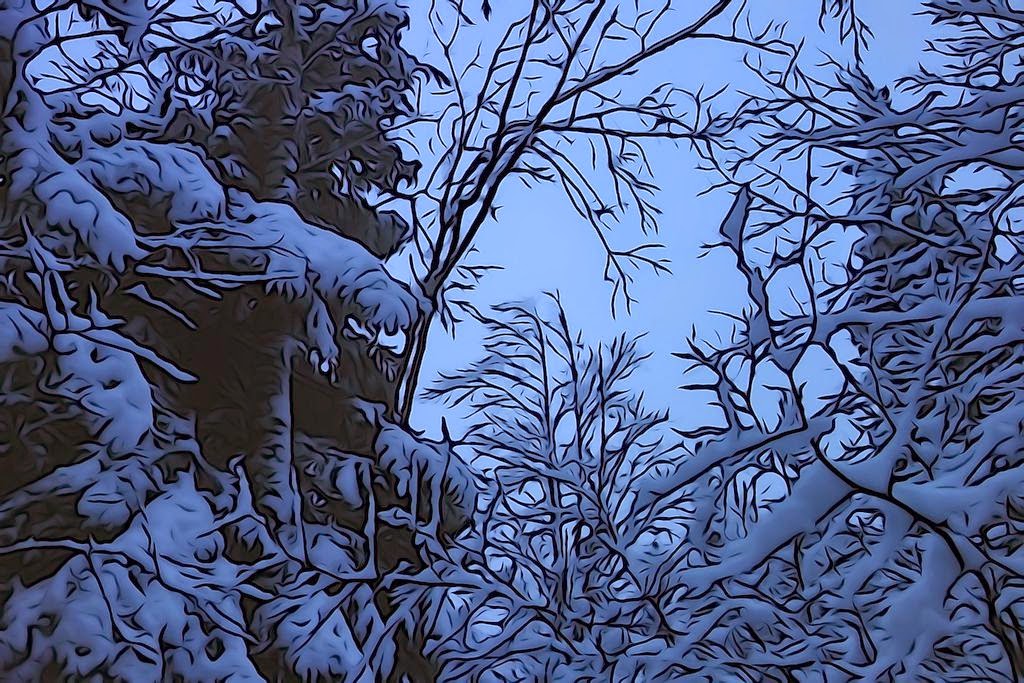 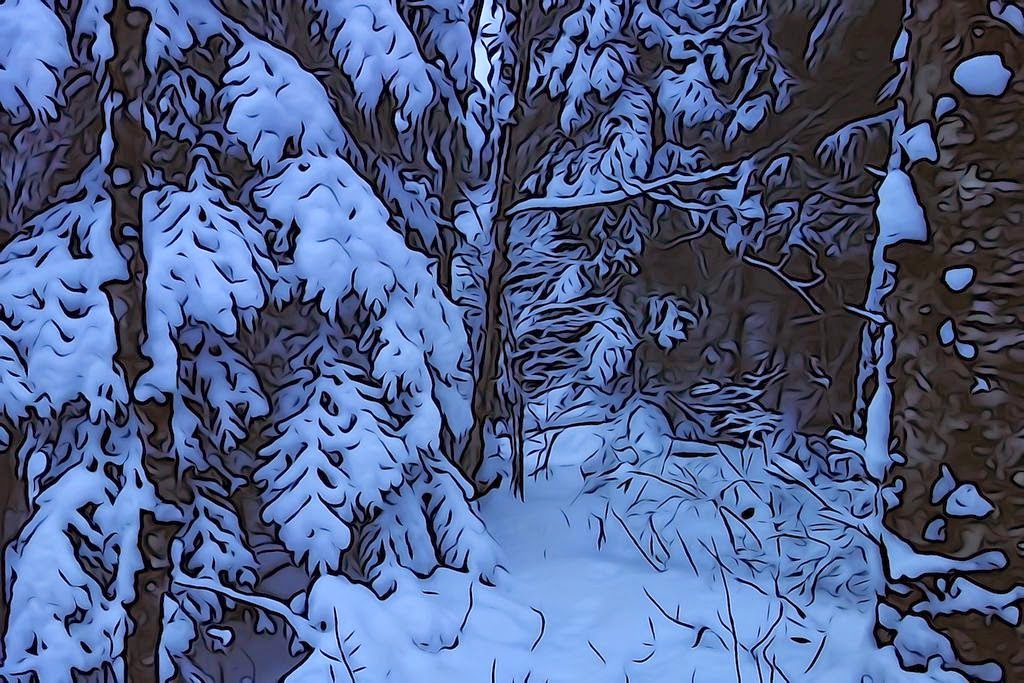 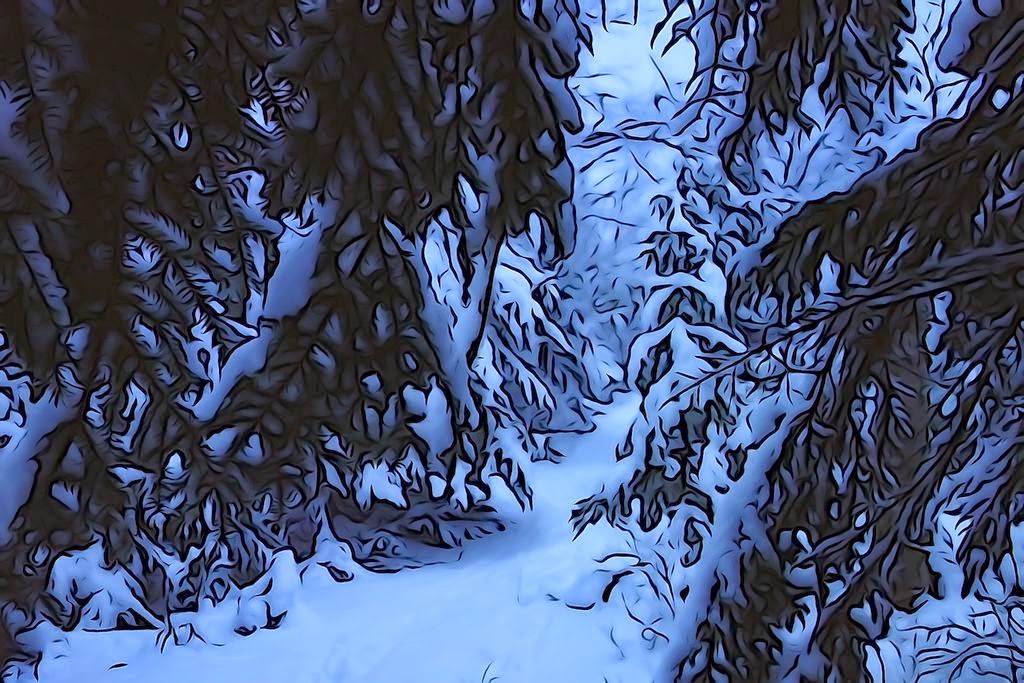 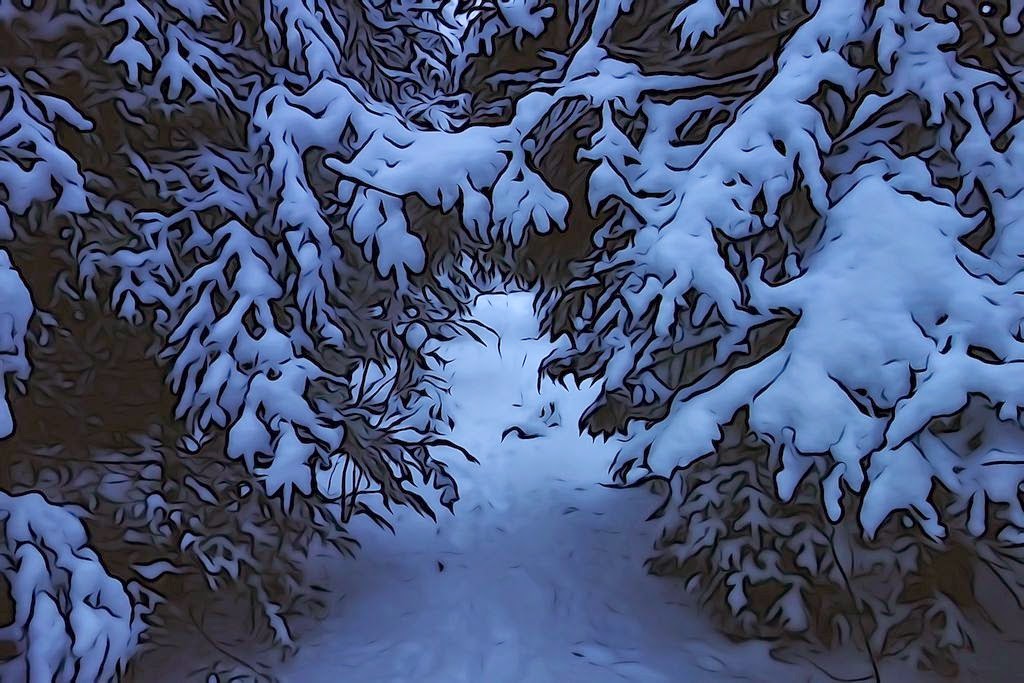 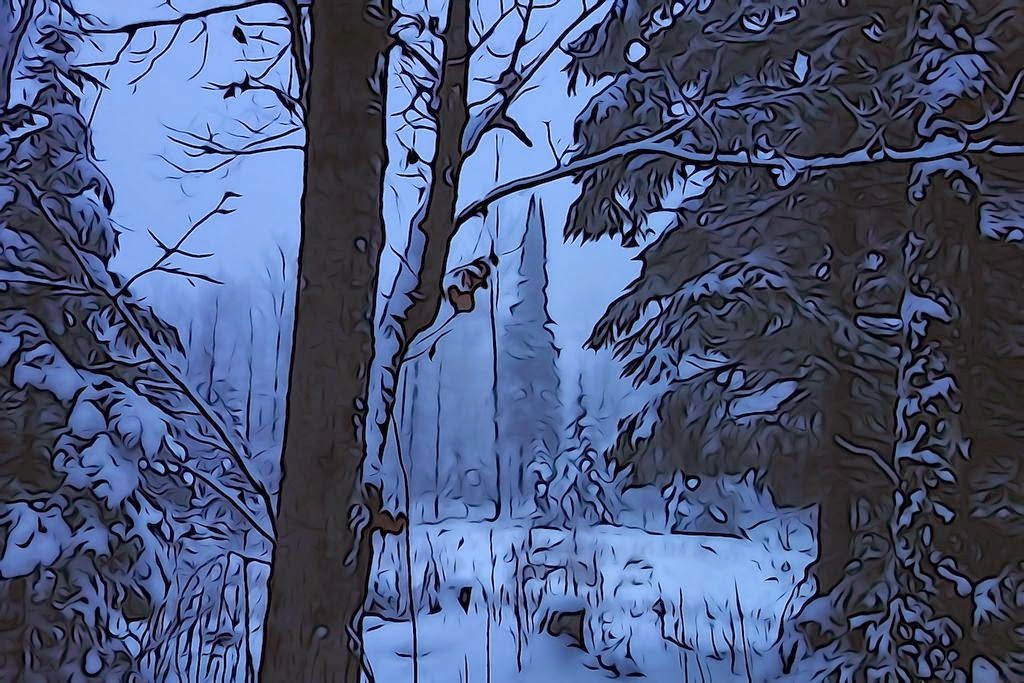 It was near dark as I walked from my woods into my back yard, the dogs greeted me as they usually do, ever happy to see me return. 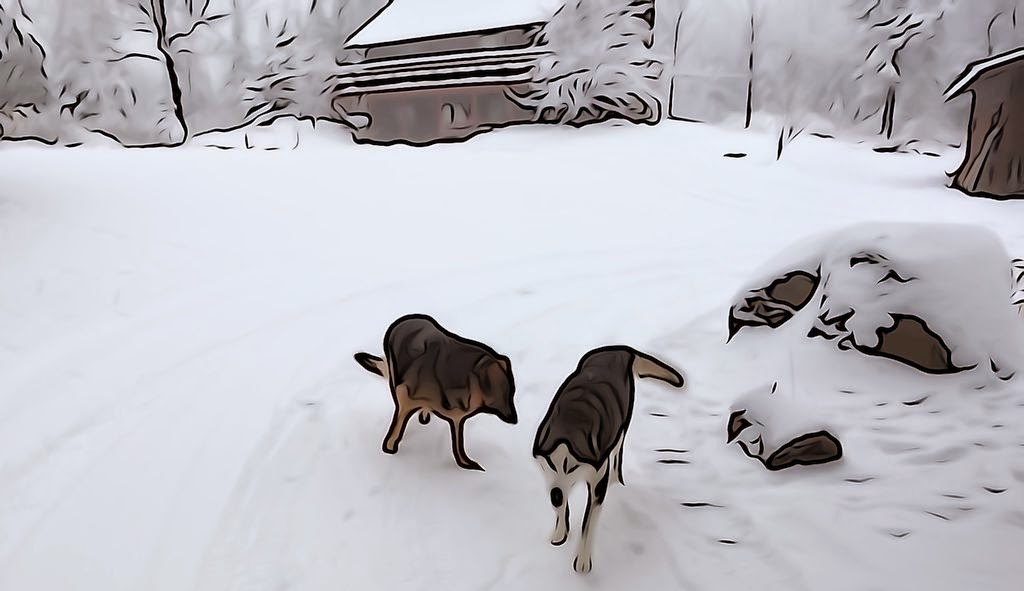 The next morning I walked the line once more, checking the snares set the day before. My attention to detail was rewarded and we'll have rabbit stew to ring in the new year! 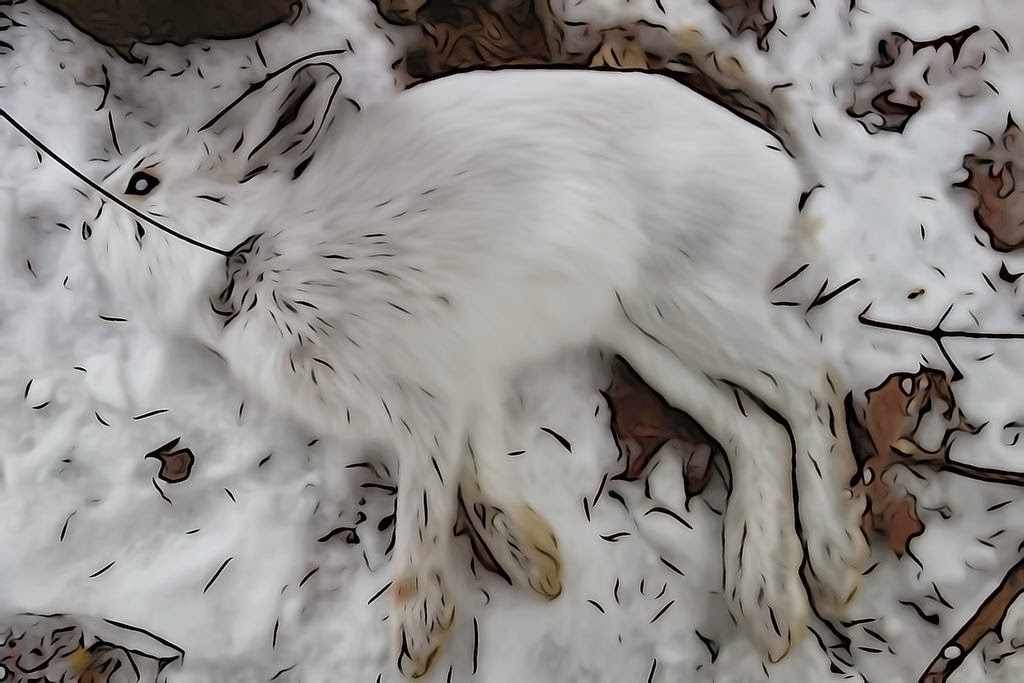 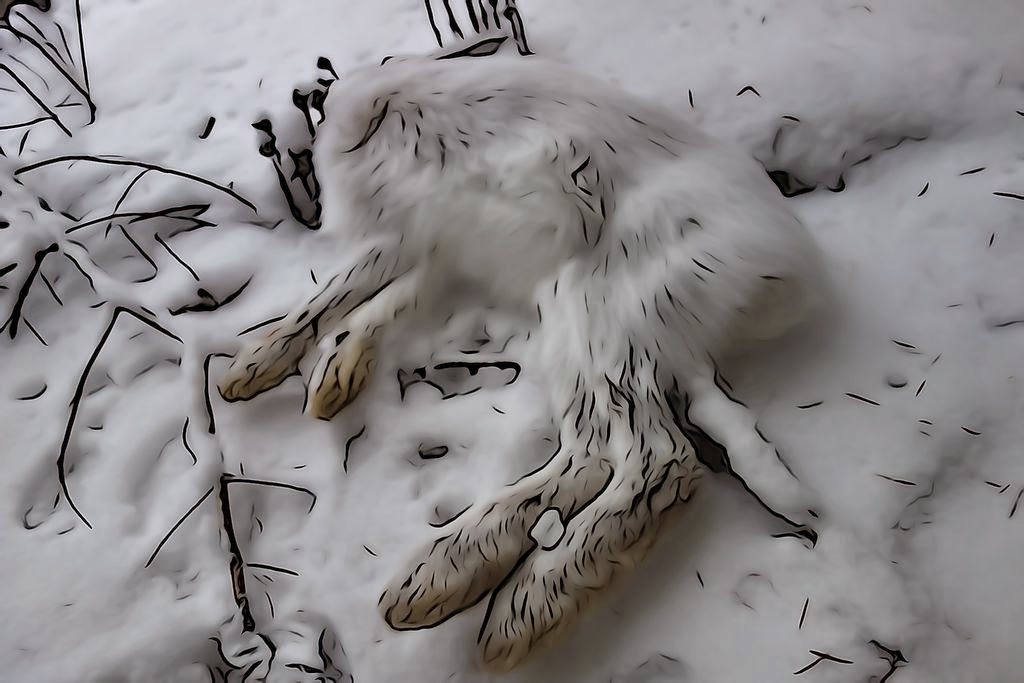 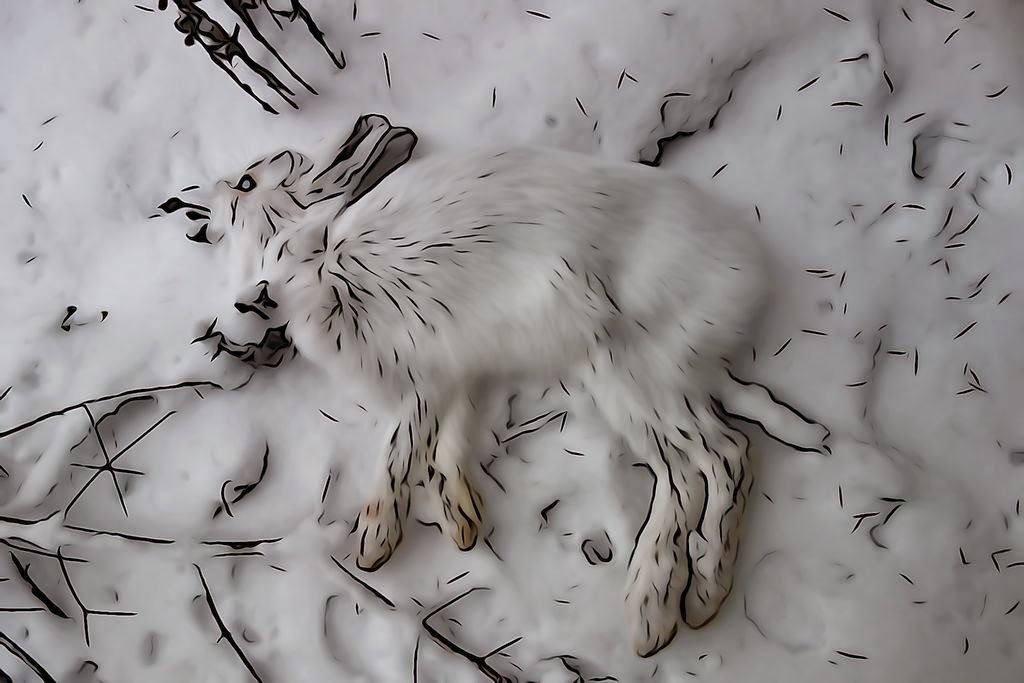 Over the years I've learned a lot from many people, the list would be too long to make, there are a few though that I find I am always learning something from. Mr. Black (Operational Extras) is one of those people. So thanks Black, for all the learnings and all the adventures.

For those of you who are interested here are the blogs and the youtube channel for Mr. Black.