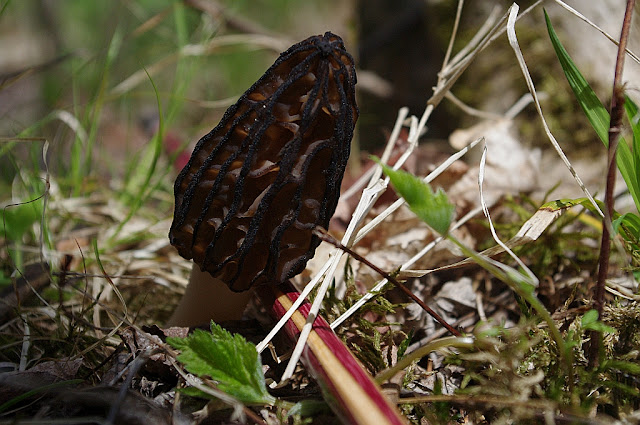 They are only here once a year, they hide upon the shadow dappled forest floor. There is no rhyme nor reason to when and where, sometimes here, sometimes there, sometimes found and sometimes not. A peculiar mix of weather, of just this much sun and that much rain, to put again, the morels on the ground.

Spring brings with it the great Morel Hunting Season, this year wasn't an exception though by my calculations it was running a bit behind. Usually sometime in April, but as late as early June, I've seen them come early and I've seen them take their time.

When I have the time to do it, I'll rove and range, stump shooting my way across the property, assessing what winter left and what spring is bringing. I'll find all manner of animal sign, and sometimes I'll find myself in a patch of one of Mother Nature's finest delicacies.

Most of the time, I'll find them in between dry and wet, in single stories of leaves, in some sun but not a lot. Near old rotting Elms and in stands of living Ash, Poplar, Aspens, sometimes Maples. More often with the Fiddlebacks than not, but sometimes not. In early Spring I'll hunt the south facing slopes, where the sun is warming the ground earliest, later in the season the north side, as the Morel likes his shade in the heat.

You'll need to look up as much as down, as they only grow around certain types of host trees. You'll not find them amongst the Oaks for example. Know your trees and you'll know the neighborhood for Morels, Ash, Elm, Poplar, Maple, seem to be popular but I've found them under others.

When you find them don't pick them, instead cut them or pinch them at the stem, don't pull it as this will damage the root system. They tend to show up in the same place year after year if their root system isn't damaged. 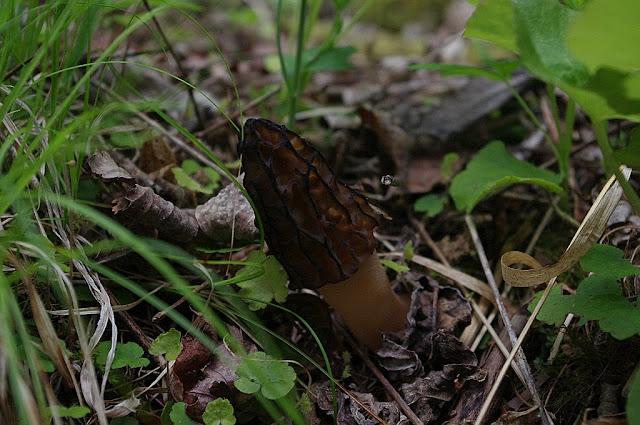 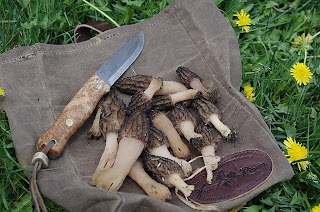 When I'm gathering them I use a canvas foraging bag, in this case a modified Frost River Lunch bag. It's what I had with me at the time.

Much better to use a mesh bag, an onion or orange sack, this allows air to circulate around the Morels, and speculation holds that spores fall from them as you walk, thus propagating future sprouts.


There is a reason you'll find a stick of butter in my pack this time of year, for there is nothing better than fresh found Morels fried up in butter, in cast iron over a trail side camp fire. 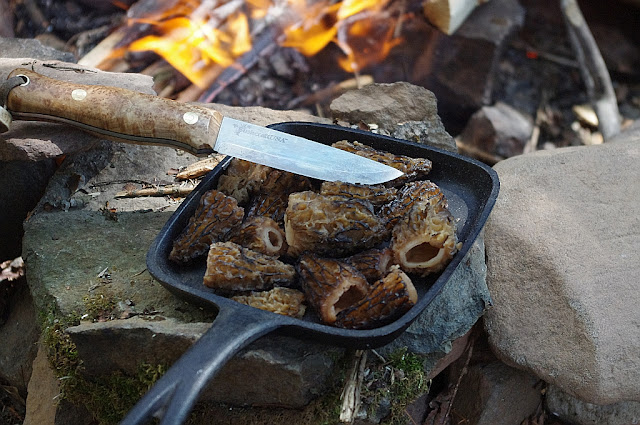 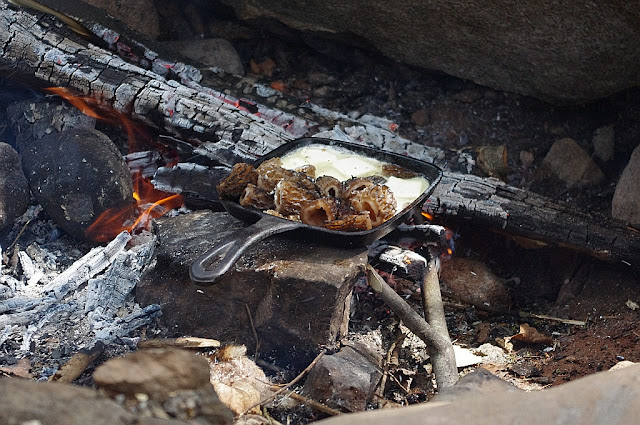 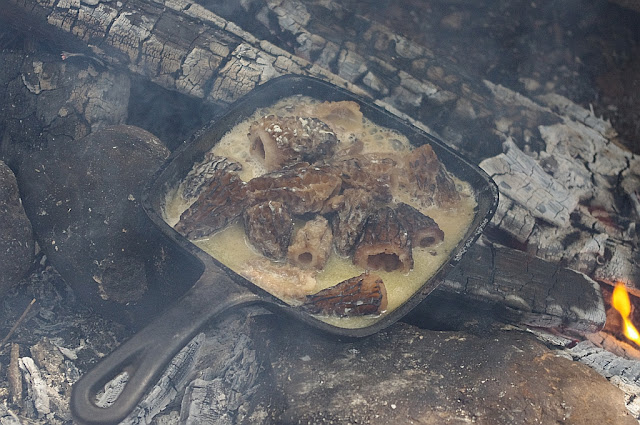 The list of things that compare to this treat is short, fresh caught trout form a cold stream, the first backstraps of the season, ptarmigan, bacon, and all of them over a open fire.

Morels, the once a year treat that you just can't beat.
Posted by Cro at 16:43