Would you say this is wrong?

***It sounds like it was an honest mistake as they apparently found the image at Stormy Kromer and assumed it was SK's image and since they are partners they used the image. They've spoken with me regarding the matter and apologized, they also took the image down. I have to admit it was kind of strange to see my image in a commercial environment, sounds like we're resolving this in a good way. Alls well that ends well. They made good.***

During a Christmas snowstorm in 2009 a picture was taken of me. For a while it was the profile image of this blog.

Here is the picture in question:

Today, quite inadvertently, I found out that my image, indeed my face, was being used by The Duluth Pack Co without so much as a how do you do from me. Here is a screen capture of their website: 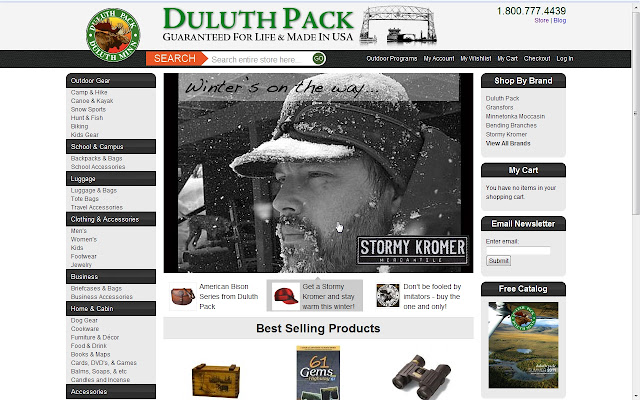 So, what do you think? Personally I think they should have at least asked.
Posted by Cro at 16:11