On the water with the wee folk

I had a chance to get the old canoe out, the one I wrote about here; A Tale of High Adventure, and took sons 1 & 2 plus youngest daughter. We hit a wilderness lake not far from the house for some paddling and fishing.

Every second afield with them is precious, especially in the world we live in today with it's many distractions and time sinks. We all had a great time, with some exciting moments including my oldest son's battle with a Northern Pike.

We set out late in the afternoon, it's not dark here until after 9:30pm so even with the later start we were looking forward to five or six hours on the water.

Getting ready to depart for the adventure. 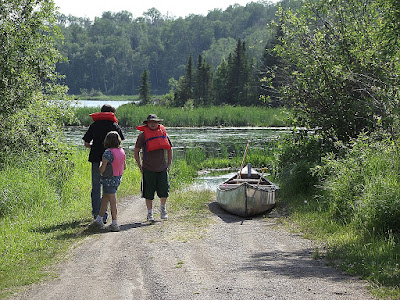 Some scenery shots as we paddled down the lake. 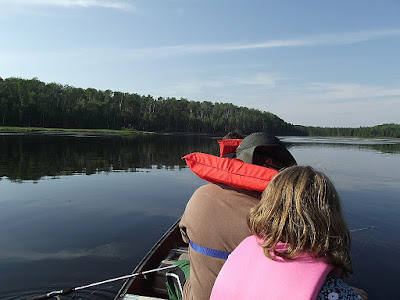 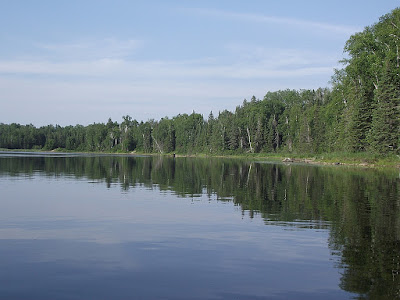 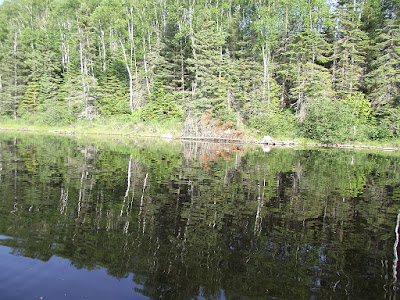 We stopped a couple times, once on a patch of dry ground about twenty feet long by twelve feet wide to wet the lines. Both son number two and youngest daughter with some fish landed. Yep, that's a Barbie pole and she's wicked good with it! 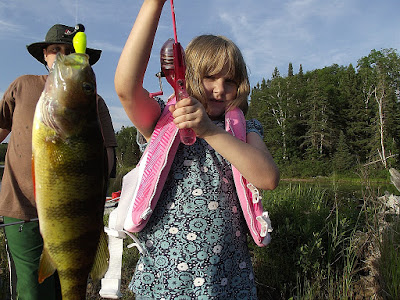 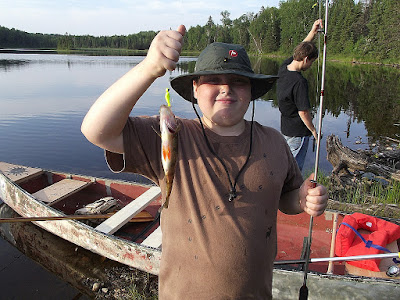 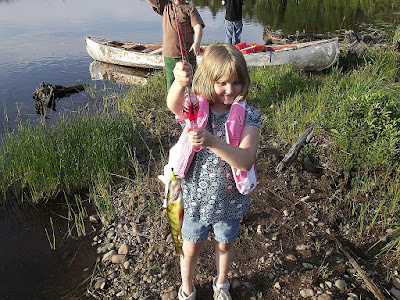 Setting out for the other side of the lake to fish some cover along the shore, we passed this slider sunning on a stump. 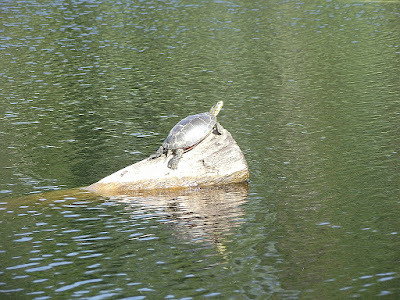 I wish I'd gotten more pictures of what happened next, honestly it happened pretty fast and I was laughing too hard to do much of anything.

Oldest son's rod, the reel base where it slides into the socket on the rod, well it had broken earlier so only one side of the reel base was secured to the pole. He was tossing a Berkly Gulp minnow grub along the cover line just off the shore when a Pike hit the bait hard. I'm not exactly sure what my son said, something like "MINE", "THIS ONE IS MINE"! The canoe took a sharp turn and rocked hard, daughter dropped her Barbie pole into the canoe and grabbed the sides, son number 2 was sputtering some unintelligible language as he braced himself.

Son number one pulled hard back on that pole and that pike jumped about two feet into the air less than a foot from the pitching canoe. Daughter squealed and son number two said "OhMahGawd" as that pike was awful close to his face. There was a loud popping sound and all heck really broke loose. That reel on that old rod separated and went flying, son number one hollered and grabbed the pieces. He wasn't giving up! He wrestled the now two piece rod with separated reel until he had that pike in a choke hold and I mean a choke hold!  Here's the boy proudly holding that pike, well throttling it really. 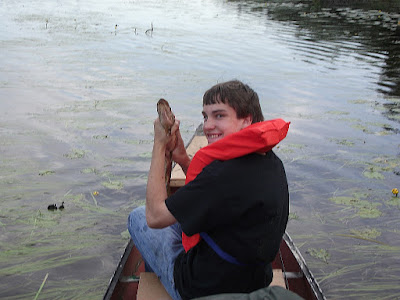 What an awesome time! While none of these fish were monsters, I assure you the memories truly are huge.
Posted by Cro at 11:03