There's some high ground on the property I wanted to spend some time exploring, and since it's rained for days now I wanted to practice some wet weather fire building. Figured this would be a good chance to get one of my outings done for BushClass. For those who might be interested, BushCraft USA runs an internal BushClass course, sponsored by the founders and with several instructors including a former USAF Survival Instructor. There is no cost to take the classes, just participate. Great resource for everyone, especially younger outdoors folk and beginners as well as old hacks as well.

This also gave me an opportunity to use the Multicam pack cover from BushCraft Outfitters. Sometimes I carry some pretty expensive electronics with me that cannot get wet. While the pack offers some protection I feel a lot better with a solid pack cover. The cover from Bushcraft Outfitters performed flawlessly. No leaks, no seepage or moisture migration of any kind. Plus the Multicam is just flat cool ain't it? 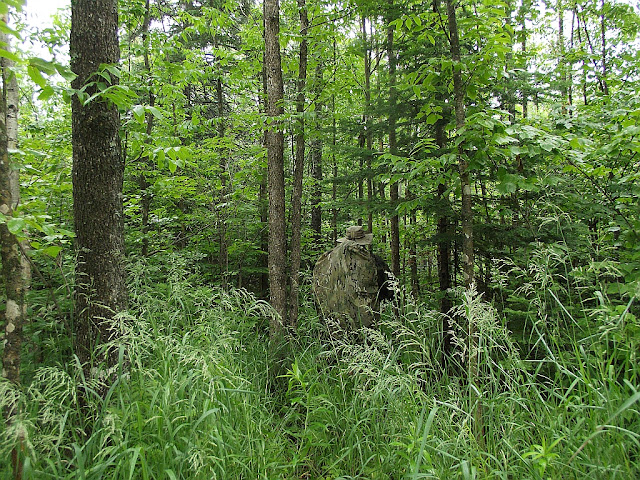 Panoramic shot of the high ground area. We've had a ton of rain, misty foggy conditions.

Sphagnum moss, couple images and a glamor shot of my 20" Wetterlings, also purchased from Bushcraft Outfitters. Sphagnum moss has been used for centuries as a dressing for wounds, including both World Wars. It is absorptive and extremely acidic, inhibiting the growth of bacteria and fungi. It's been seen at least twice now in Dual Survivor and I've got it growing over hundreds of acres behind the house. 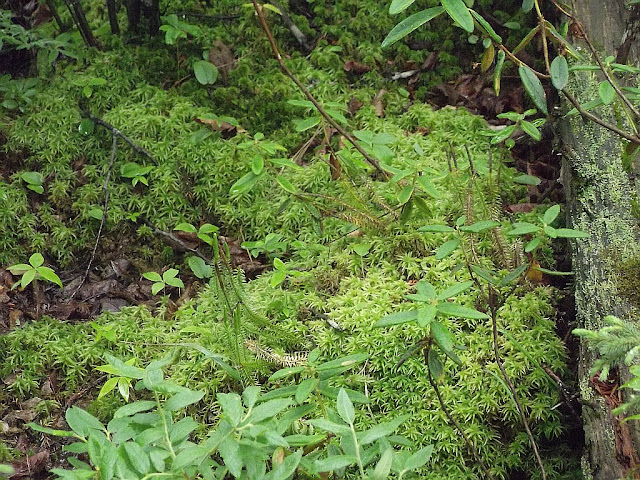 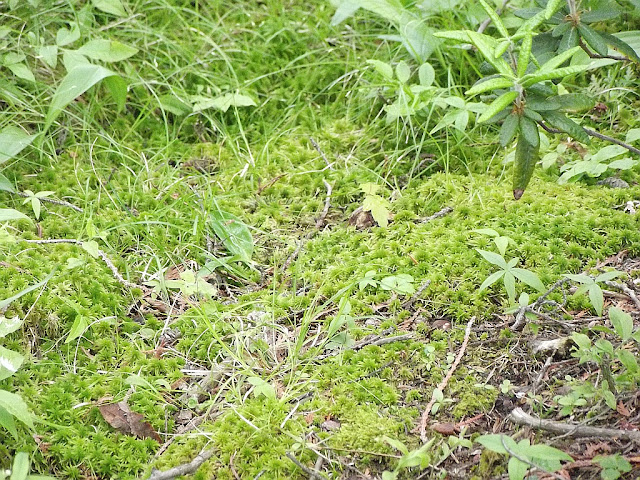 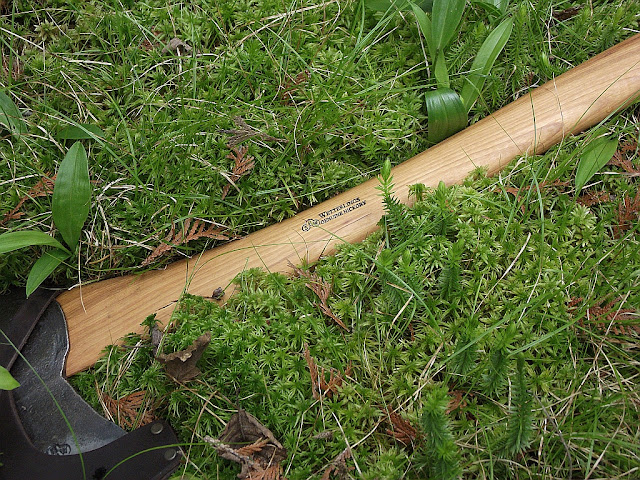 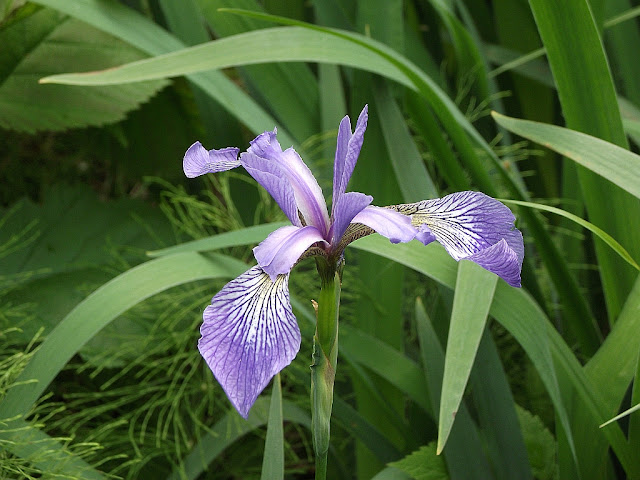 Some Bog Labrador tea, (Ledum greonlandicum) this stuff is great. The leaves make a nice spicy herbal tea to cure all that ails ya, you can also chew the leaves, they are a great source of vitamin C. This is a slow growing plant, the leaves are what is used for the teas. Don't over harvest one plant, they grow in huge bunches so you can take a few leaves from each without harming the plant. Don't take whole branches. It's an evergreen so it is available year round. 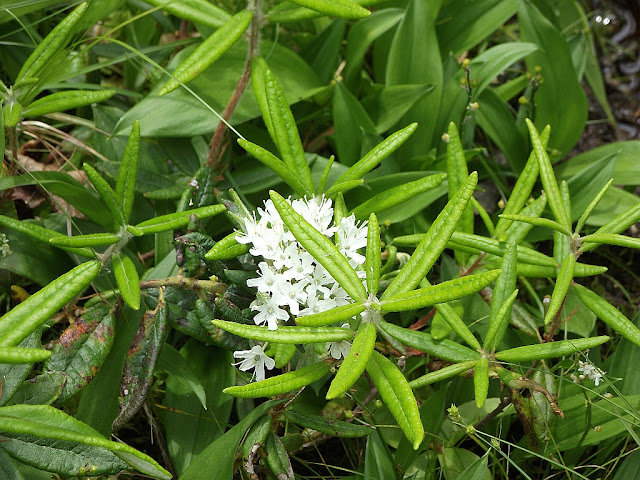 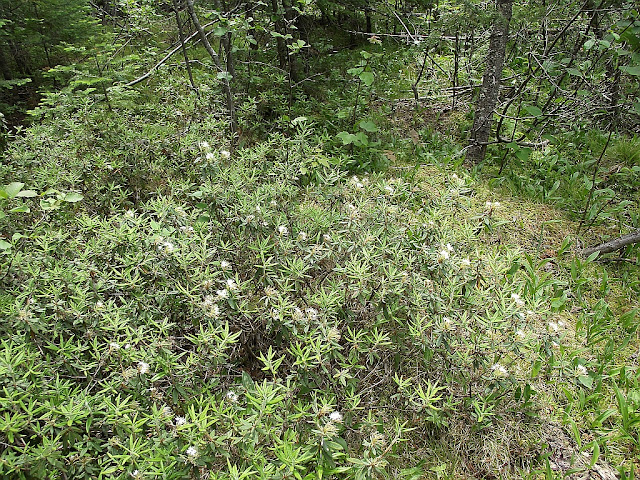 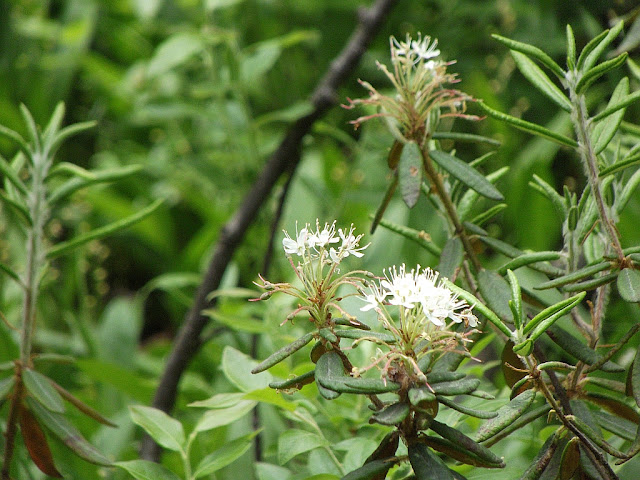 About midday I decided to set up and shoot my Wet Weather Fire Building video using some of the stuff from BushClass. Here are some images and a video as well.

Where I planned to set up for lunch and the fire. 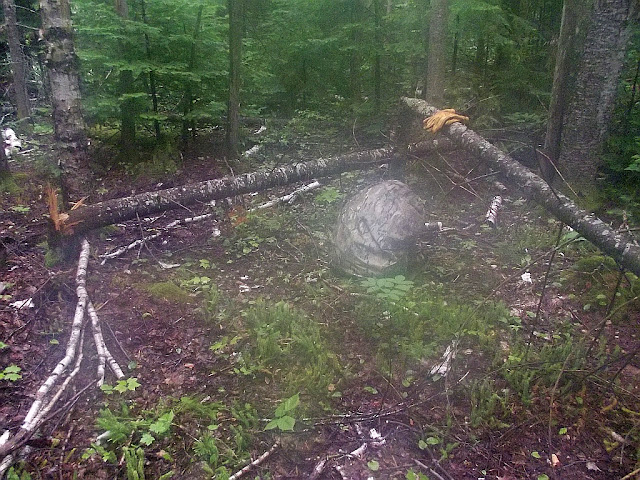 Some of the materials available to get the fire going. Everything was soaking wet. Resorted to some hanging birch bark, some shavings made from a cedar pole I split to get to the dry stuff. Also a very large set of birch bark sheets that I found hanging from a standing dead Birch made a heck of a fire base. 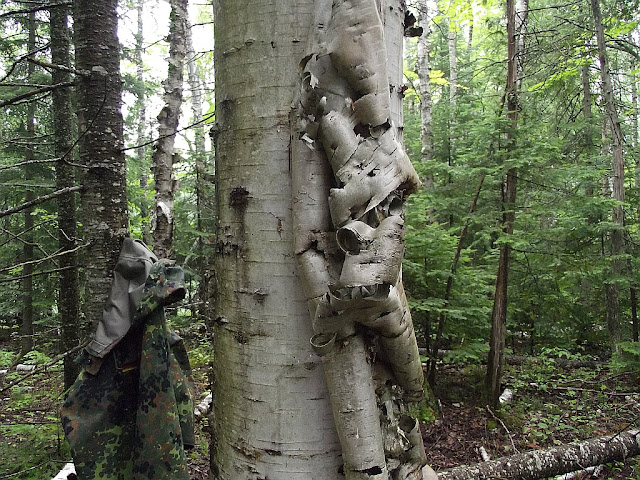 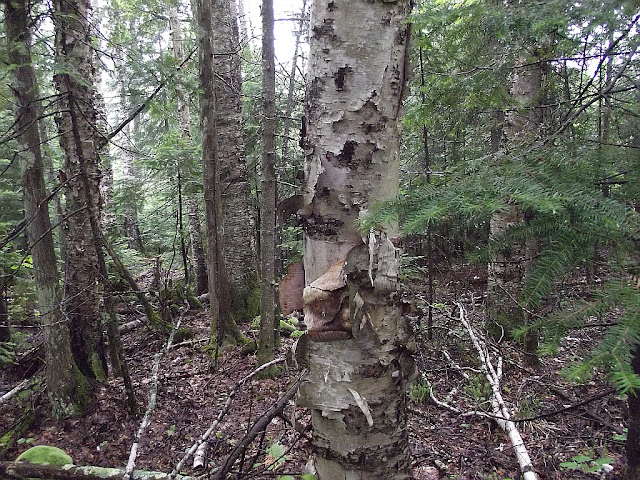 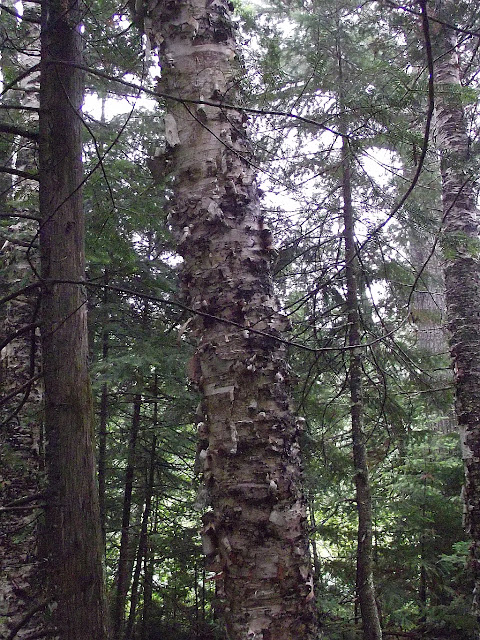 Also found a busted pine tree, the upright pieces were very dry, used the BK9 to get the pieces I wanted out and processed to a size I could use. 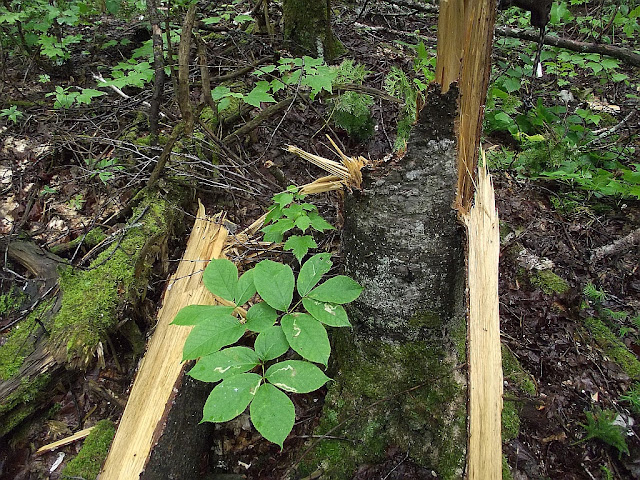 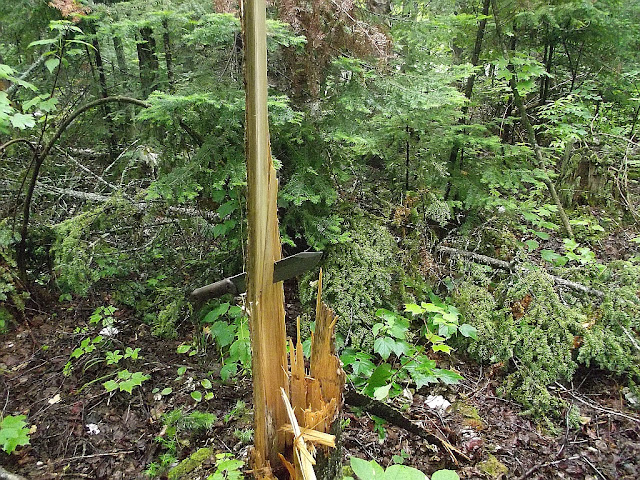 This the the large sheet of Birch bark I was talking about, I ended up with two of these sheets. Each was about 2' by 3'. When you can find them like this they really do make a great base to build a fire on. The insides are dry, plus they burn slow when they are used for the base but provide excellent fuel. 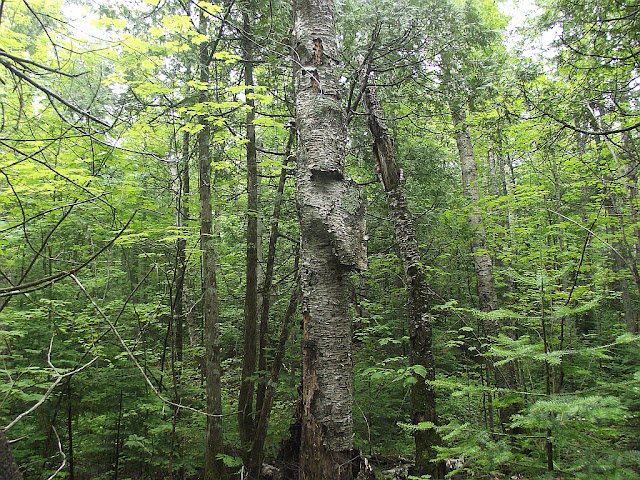 This is the cedar I found beneath some other very large cedars, it was nearly dry. I split it in half and then made shavings from the edges. 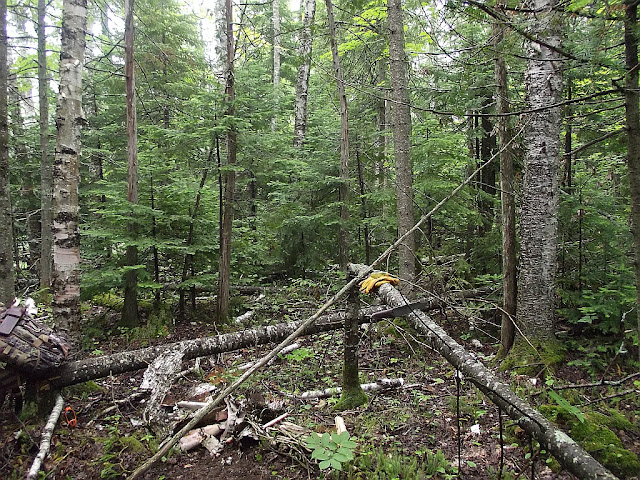 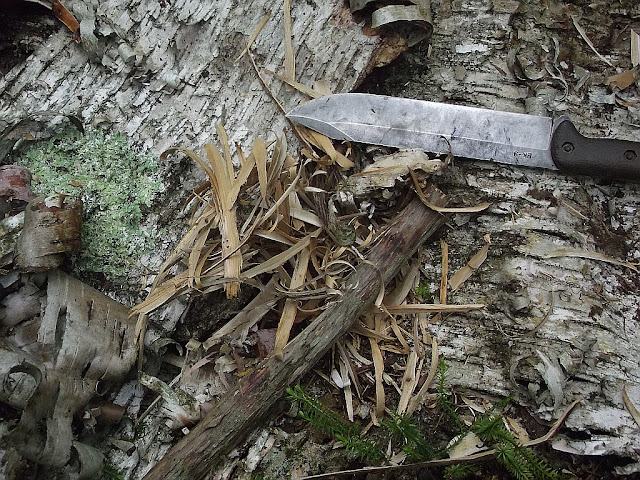 
Lunch was not cooked this time, instead I elected to use two Daytrex rations. Each one of these two inch squared bars is 200 calories, quick easy burst of energy and I find them to have a decent flavor. They keep forever and are easily packed. Sometimes I've got to cover a lot of ground on foot and don't want a heavy meal weighing me down, just want the quick energy. They are quite dry though, so you'll definitely want some water which you should have anyway. 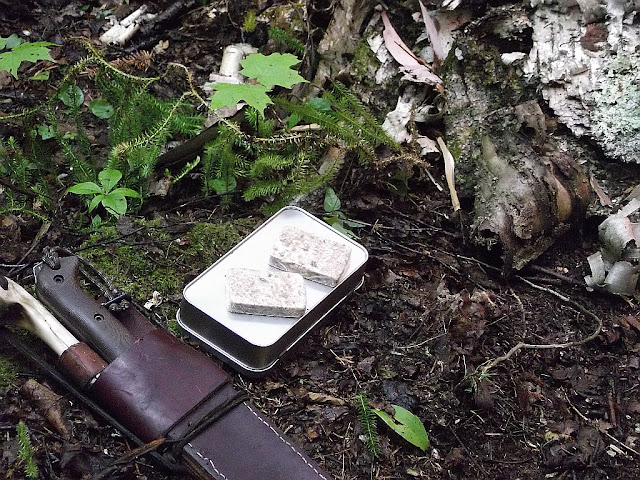 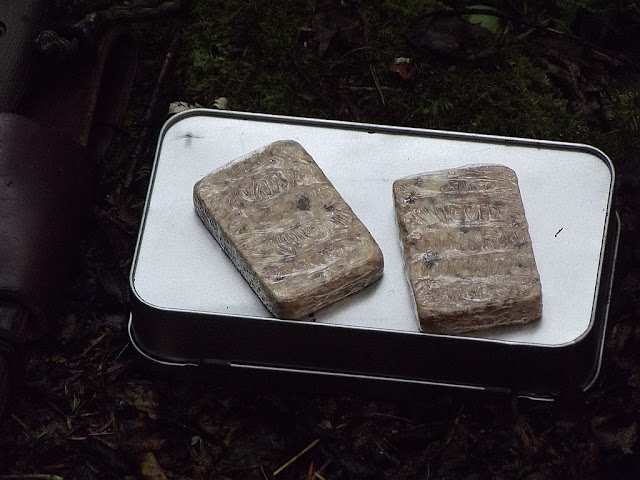 On the way out I took some pictures in the wild wood. 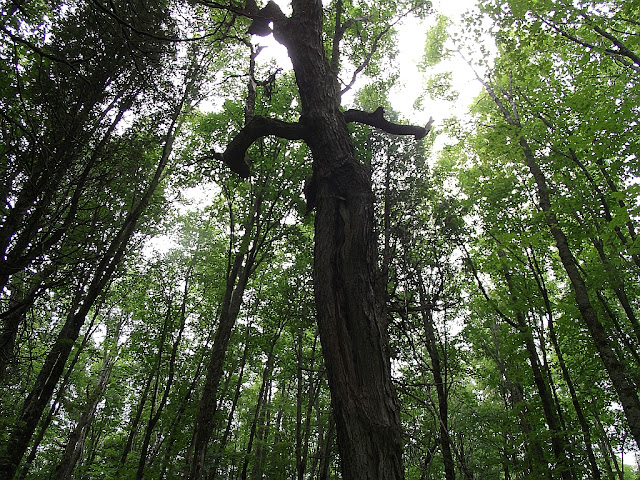 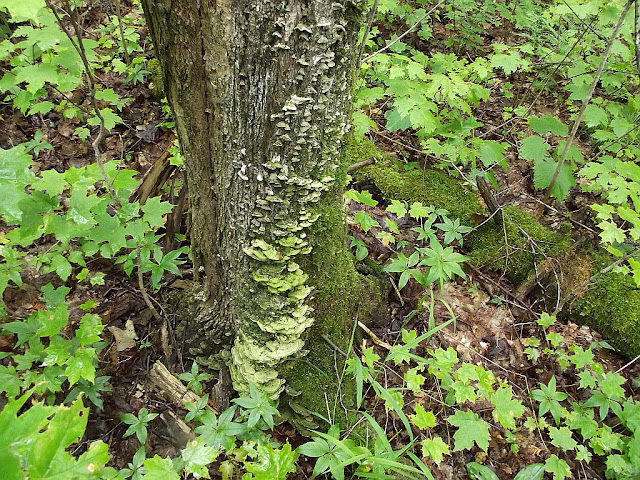 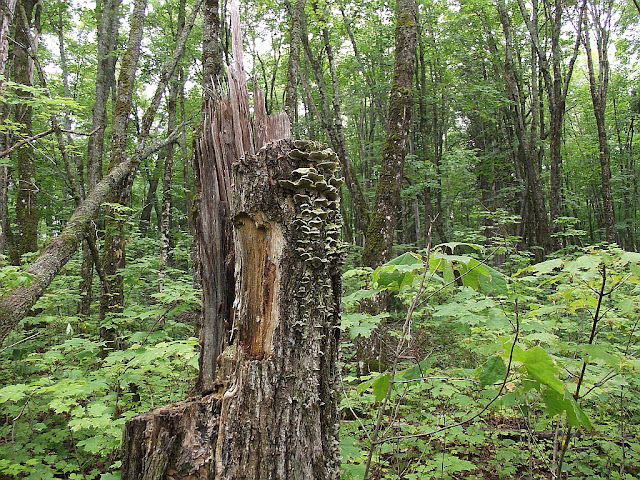 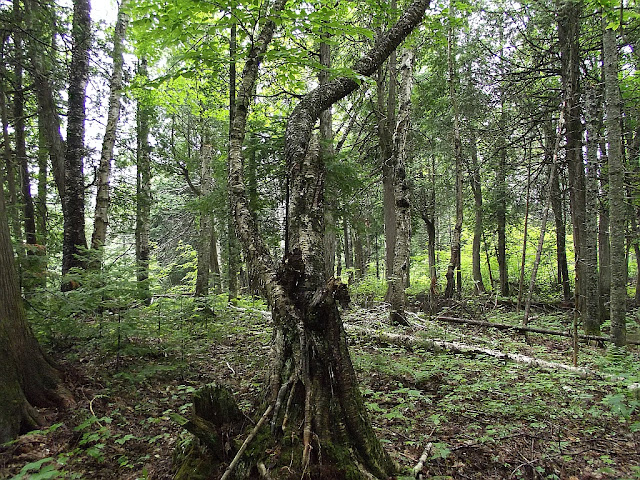 Some Chaga I found and collected. 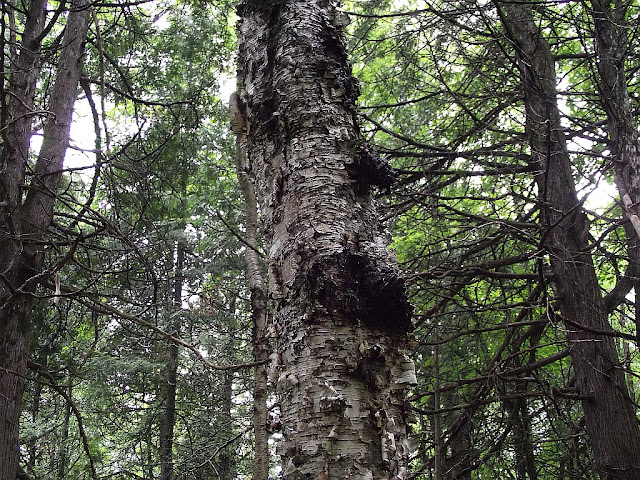 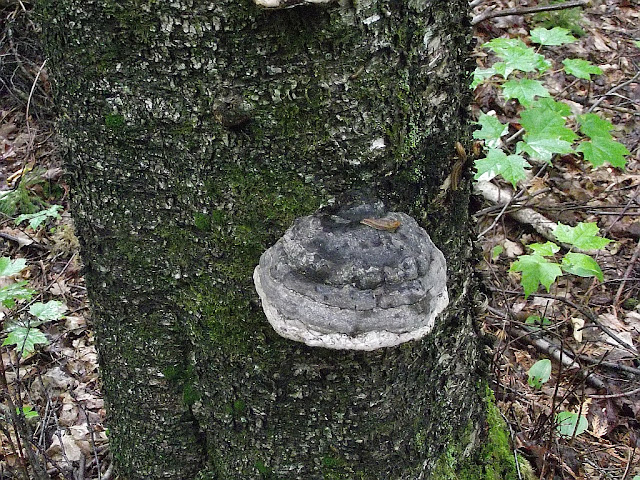 Hope you enjoyed the outing.
Posted by Cro at 00:06