Wisdom of our Forefathers

It never ceases to amaze me, the amount of wisdom that can be found in the thoughts and words of our forefathers gone before. Nessmuk (George Washington Sears) penned a wonderful small book called Woodcraft, and The Adirondack Letters over one hundred years ago. He wrote for Field & Stream magazine and he was the father of 'ultralight' backpacking, canoeing, and camping, he was also a devout conservationist before the word was commonly used.

He stood five foot three and weighed in at just over one hundred pounds. His favorite canoe weighed less than eleven pounds, in which he completed a two hundred and sixty six mile trek through the Adirondacks.

He was the eldest of ten children and the smallest. He had an Indian friend as a child whom he knew as Nessmuk, the pen name would later become synonymous woodcraft and the favorite of many wood's bums everywhere, yours truly included.

Sears penned Woodcraft in 1884 and it has never gone out of print. It's now part of the public domain so if you don't want to purchase a copy you can download it for free from several sources. 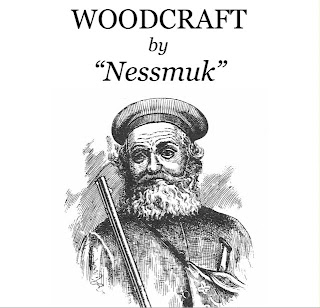 Nessmuk has been an inspiration to me since I first read Woodcraft when I was a small boy. The fascination with field, forest, and stream has never left me, a true constant my whole life. There is something to be said for a foundation built about the wild places. A certain preservative of character is distilled from misty mornings, campfires, crystal streams babbling secrets in unknowable tongues and still, quiet, serene snow. Wild places for a wild boy, none should do without.

Sear's was possessed of a quiet logic and wisdom and he passes it along in his works which are still very much worth the read.


For brick and mortar breed filth and crime,
With a pulse of evil that throbs and beats;
And men are withered before their prime
By the curse paved in with the lanes and streets.
And lungs are poisoned and shoulders bowed,
In the smothering reek of mill and mine;
And death stalks in on the struggling crowd--
But he shuns the shadow of oak and pine.
NESSMUCK 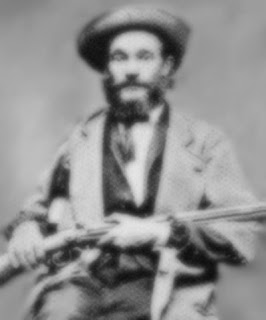