I love winter, I really do. It along with fall are the most enjoyable seasons for me. The recent storm that has blasted the country was interesting to me. To see the consequences of the storm that hit regions that do not receive true winter storms, to see how it disabled well, everything, and for the most part crippled entire states.

I am not unsympathetic to what people not accustomed to this type of weather are going through. What I do have a hard time with is understanding why people are not prepared for storms or any types of weather where common services and the ability to refill the refrigerator every twenty four hours is disrupted. In this day of convenience and instant gratification, Just in Time inventories and ease of acquisition people are becoming too lax regarding being prepared for an interruption in their normal lives.

Therein lies the crux of the matter I think. People becoming complacent with the current system and convenience. When the interruption occurs they don't know what to do or how to handle the situation not only from a preparedness perspective but just how to maintain and continue to function, how to handle adversity is certainly in short supply.

The following pictures are not the result of The Storm that even now is still causing state of emergencies to be declared. These pictures are two weeks old now. We've have had three plus feet of snow on the ground and drifts in excess of six feet for a long time. Our first snow was about eleven inches and it happened on the last week of October, 2010 and we've gotten plenty more since then. We've had  virtually zero days above freezing here since, none of the snow has melted and it won't until late April if it holds to form like last year. 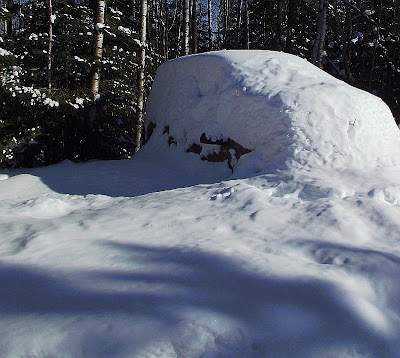 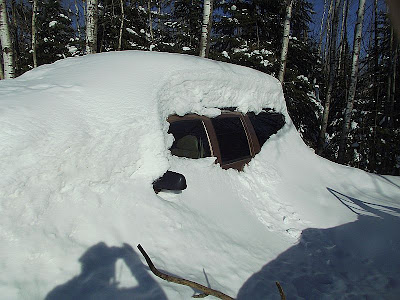 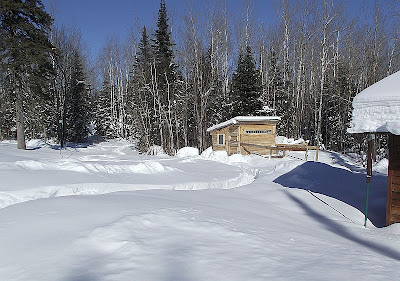 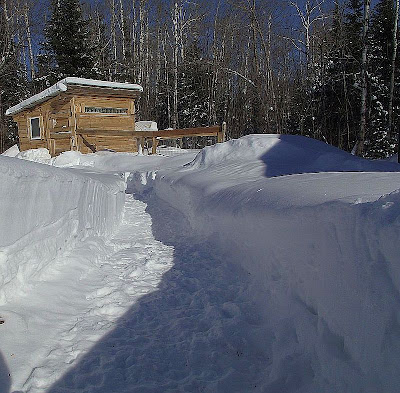 Our schools rarely if ever close or run late, we've had two days of closed school in nearly three years. Each case was unrelated to snow, it was because wind chill temps were -40F during the day.

Members of our community do not run to market every few days, we do not storm the stores the day before a winter weather event. Most of us go to market once a month, twice at most. We have pantries and larders, we're well prepared for interruption of services be it electrical or otherwise.

The point to this post is not to condemn those unprepared, they've condemned themselves with misery and adversity. The point is to illustrate the fact that you are or can be in control of what happens to you when adversity comes knocking. Realize that when it is on the line, relying on someone else to do it for you is sheer folly. It doesn't take much, it isn't hard, it certainly is within your power to prepare yourself and this applies to commodities as much as it does to skills.

Become self reliant and self responsible, take pride in the fact that you can care for you and yours when the bad stuff happens. When seconds or minutes matter, most of the time help is a lot further away than either. Being prepared with skills and supplies often makes the difference between being a victim or a survivor.

Chose before it happens, which you will be.
Posted by Cro at 15:09