I woke early the next morning and groaned when I though about crawling out of the warmth of the bags. The condensation was remarkable and coated the tent walls heavily, the cold was bitter and biting at my nose.

One of the things I'd started doing some time ago was 'drying clothes' in my sleeping back through the night. It's a simple concept and I only do it with base layers. Basically just putting them in the bag they dry out from the body heat, it also means not having to pull on cold layers in the morning.

Once in my clothes I crawled out of the tent. The falling snow hadn't done much more than dust what we had, no real accumulation.

The night prior I'd spent some time reading up on the basic functions of the new camera. Unlike most cameras I've owned this Sony actually has a built in user reference on what certain functions do, I'm not even a amateur photographer so a lot of this information was worthwhile to me. Having read about certain functions I set about getting a few pictures of the night sky since there was still an hour and half before dawn.

All I did was set it to 'bulb' which left the shutter open for 30 seconds. I think there are some other settings but it got the desired effect for the most part. This was with the camera on a little tripod, not a very good one either. I've got some more reading to do to figure out how to optimize but overall they were not too bad. 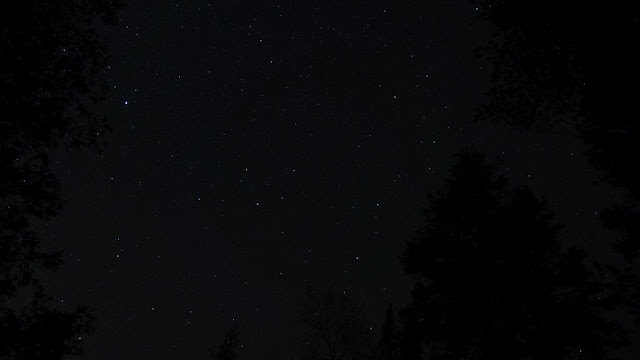 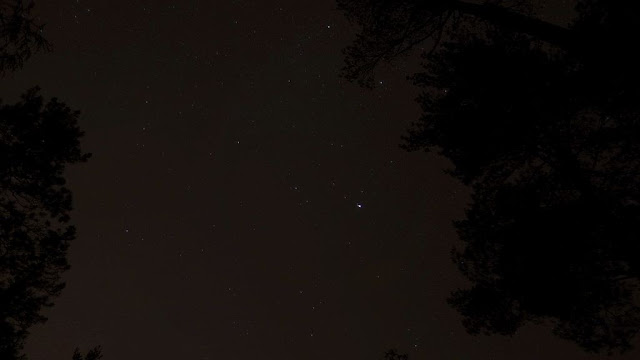 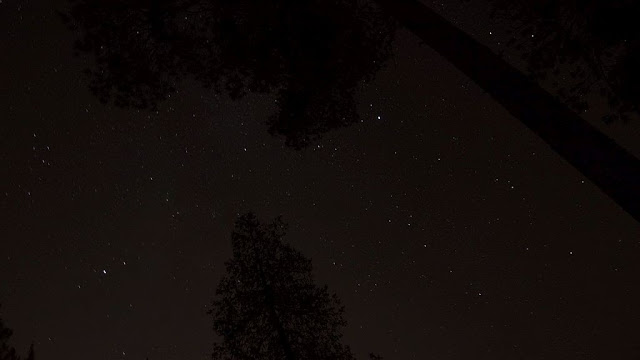 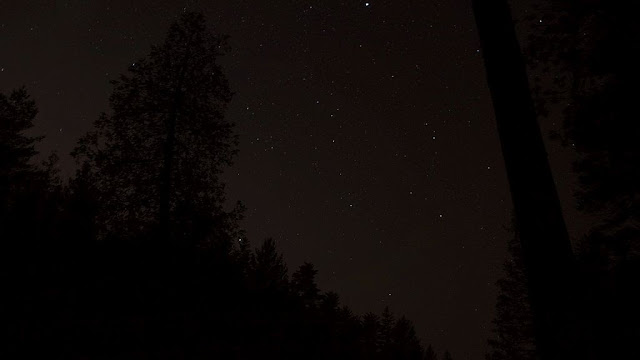 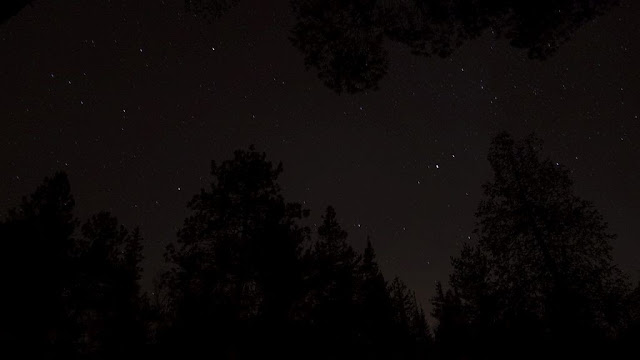 Much of day two had scenery that looked like day one, only colder. 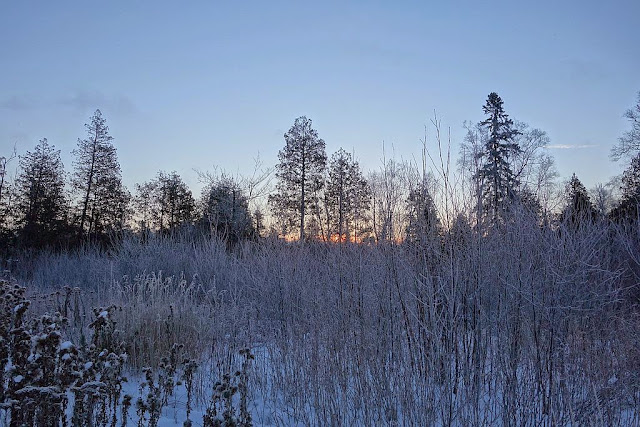 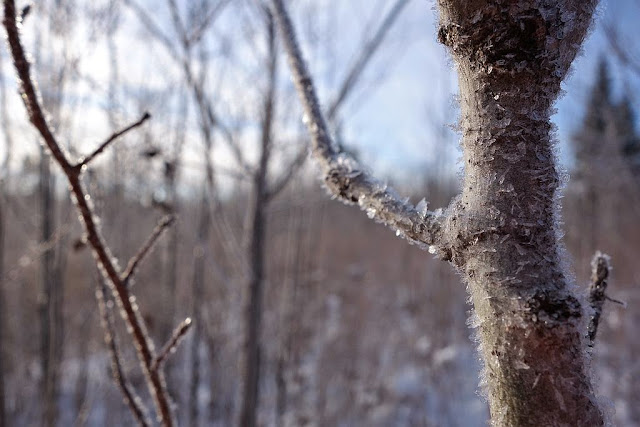 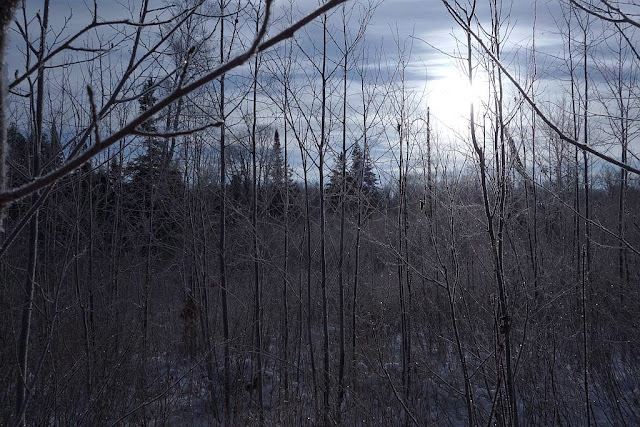 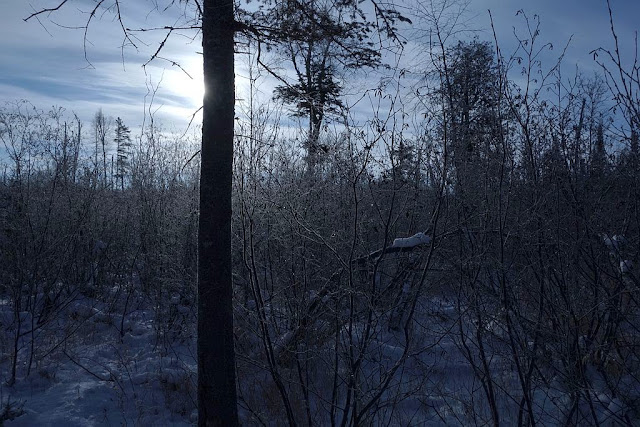 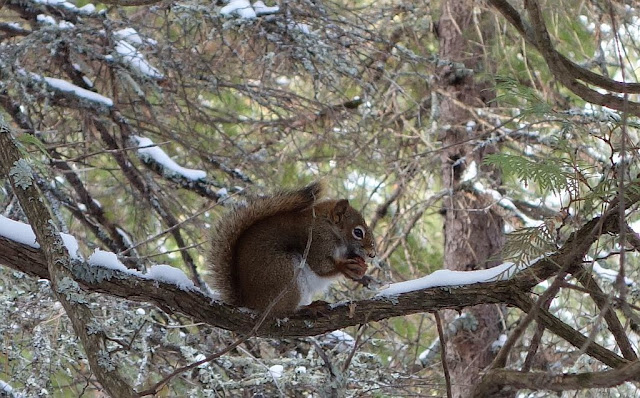 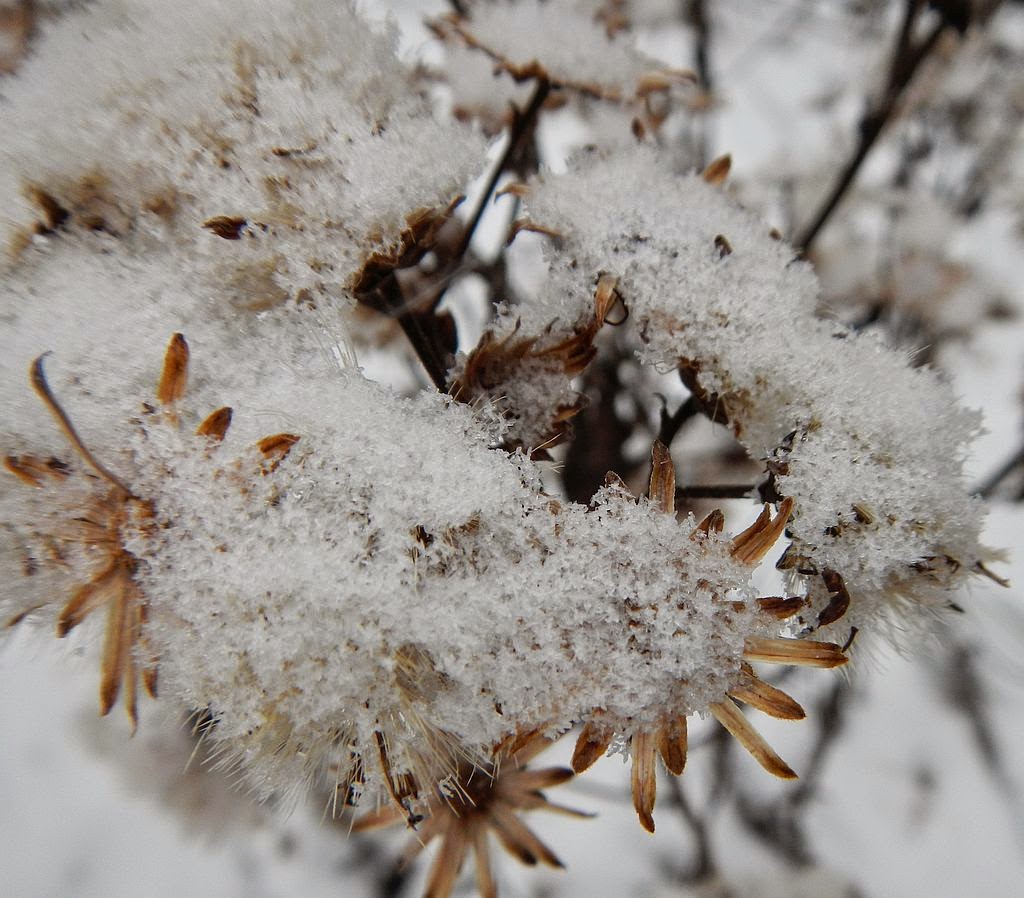 As stated I also brought a couple day packs to try out while hunting away from camp. One of them was the FR Summit Boulder Junction. I like this pack an awful lot and enjoyed using it. One of the things I learned though was that it rides much much better with a sternum strap. It was simple to fabricate one and wish I'd gotten a picture but didn't think of it at the time. I just pulled the shemagh under the straps across the middle of my chest, pulled tight and knotted up. This worked like a charm and was actually more comfortable than a normal sternum strap because it was much wider and thus spread the weight better. 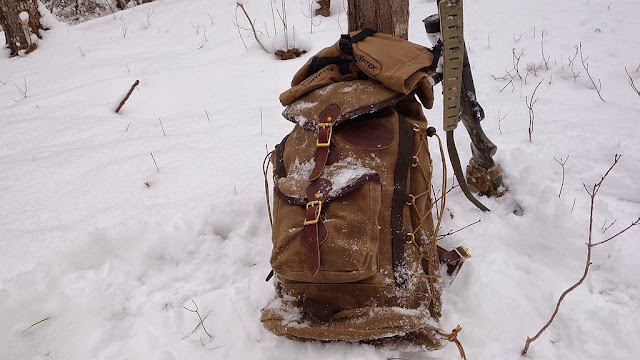 I had lunch in the field which was simple, another MH. 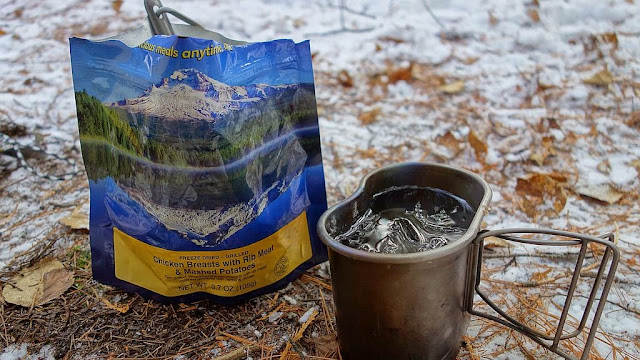 Later in the afternoon a nice snow storm buzzed into the area.

Soon enough I was headed back to camp, another day of winter in the winds having stripped away the build up of everyday life. I was feeling much better on the whole but I was also feeling the effects of calorie deficiencies. My 2800 calories a day wasn't enough to counter the cold and the activity level. I'd need to rethink content.

Back at camp I decided to get a fire going. Originally my intent was go the duration without a fire, well that got chucked.

I'm not a huge fan of fire prep in the dark but I hadn't pre-laid a fire so I had no choice. I usually do this but hadn't this time and I regretted it. I made a note in my notebook chastising myself to the error. When possible, always have fire fixings done, it's just good sense.

The Turley Whelen did what it does and fire prep was done. One of the things I like most about this knife is the length of the blade and the depth from edge to spine. It's perfect for shavings when your material can be placed with one end in the hollow below your clavicle and the other end on the ground. You can use two hands on the knife, one on the handle and the other nearer the point. This gives exceptional control for shaving making and you can really get a pile of them with a quickness. 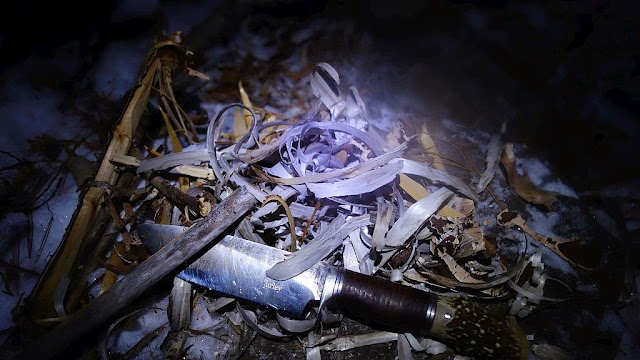 Not long after that, with a good spark on a steel and a nice piece of birch to help it along... 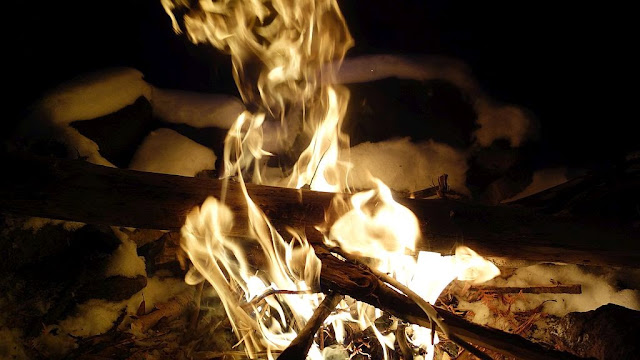 I warmed myself by that fire for a while, drying out my outer layer. The set about getting dinner done. I snapped a few more pics and thought this one was particularly nice. 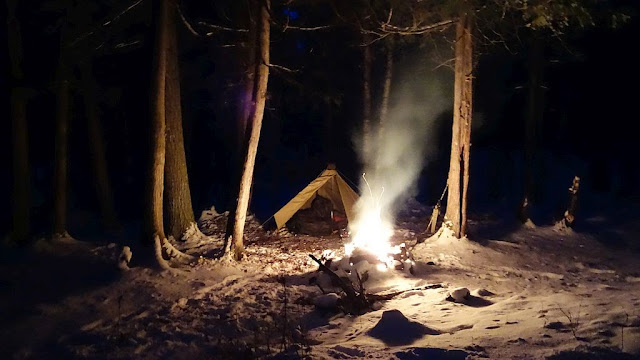 I was tired and unceremoniously hit the sack. It was colder than the night prior. I was out of easy at hand water. Any clothing or hats that were not wool were frozen hard and pretty much worthless. Sleep came quick.

Some time in the night I woke up to howling winds. It wasn't snowing but man the wind was hitting hard. I was happy to see the shelter seemed rock like. There's something about being in the middle of adverse conditions with minimal security but a tent and feeling secure in that tent that makes sleeping in hard conditions easier for me. I know that seems counter intuitive but some of my best sleep has been had in bad conditions while under a tarp or in a tent.

Drifted off wondering what tomorrow would bring.
Posted by Cro at 20:19