My second oldest son will run his own line this year, between the two of us we've got a mess of traps to get right before the season comes.

I boil traps before dyeing and waxing and having just got his new traps in we needed to boil the oil/grease off. Not a fan of small scale back breaking I decided to build something capable of more capacity as well as versatility, and save my back!

I saw this on YouTube a while back and filed it away for future reference. If I could remember who it was that did the first one I saw I'd post a link.

55gal drum
Steel utility tub the big one...
Something capable of cutting that drum.
1 6" 24ga 90 degree elbow
2 24" 24ga stove pipe
Tin snips, handful of self tapping screws and a drill + driver for the self tappers 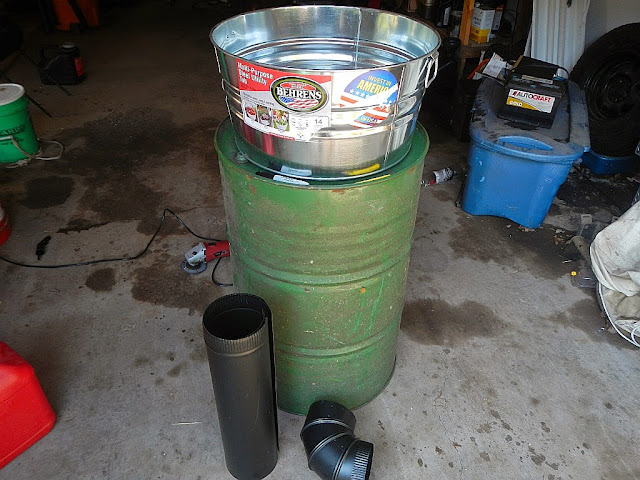 Trace the outline of the bottom of the tub on the barrel, if your barrel is like mine. If you have or buy the open top versions you don't have to do this part. 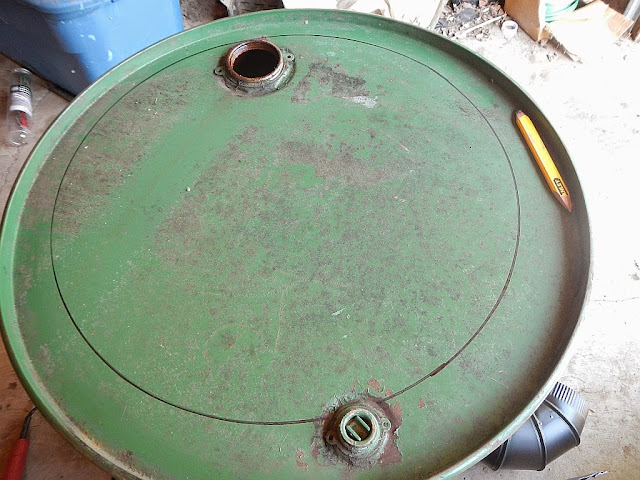 Once you have the outline then get busy. Whatever you use to cut the barrel do it safely. Also, you should remove the plug/bung and be aware of whatever the barrel held before you got it. I used a food grade barrel that had olive oil in it in its former life. 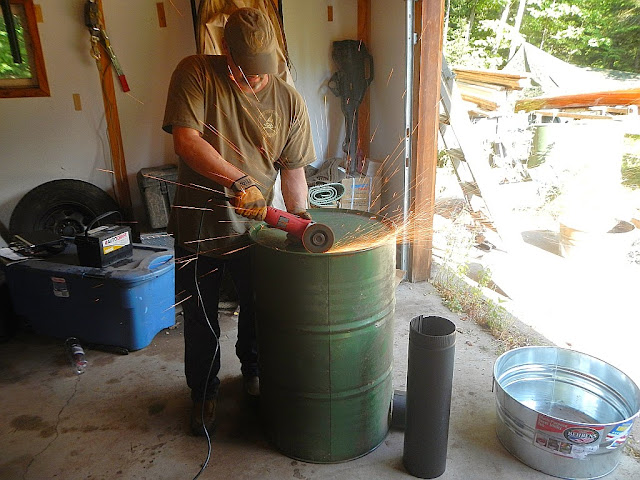 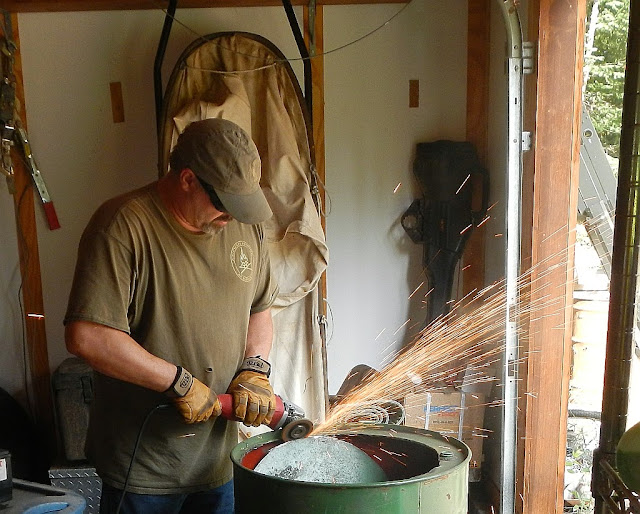 Once done you should be able to set your tub down inside the barrel opening you just made. 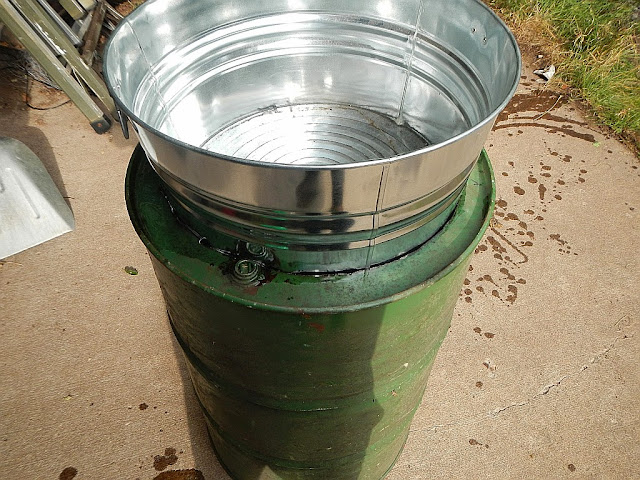 Now you'll need to cut a low opening, you'll use this to add wood to the fire and to clean out the ashes. I just did a quick freehand with it but you can get as fancy as you want. I'll end up adding a improvised hinge to the cutout in order to create a door. 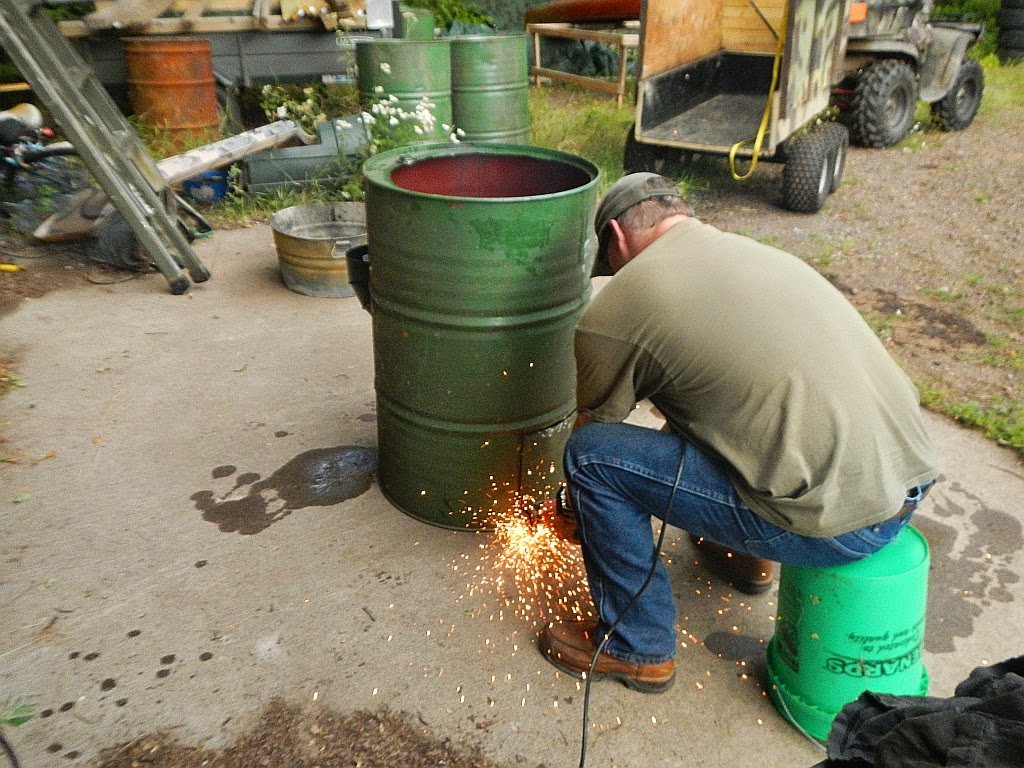 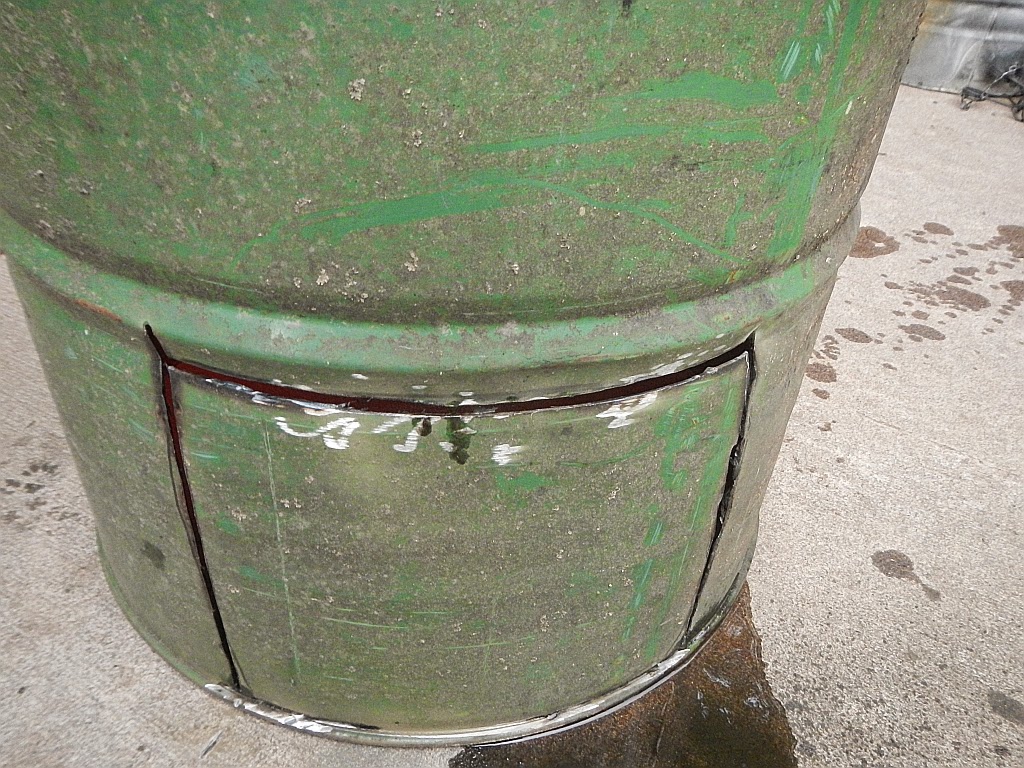 Using the elbow trace another hole on the side of the drum and cut it out. 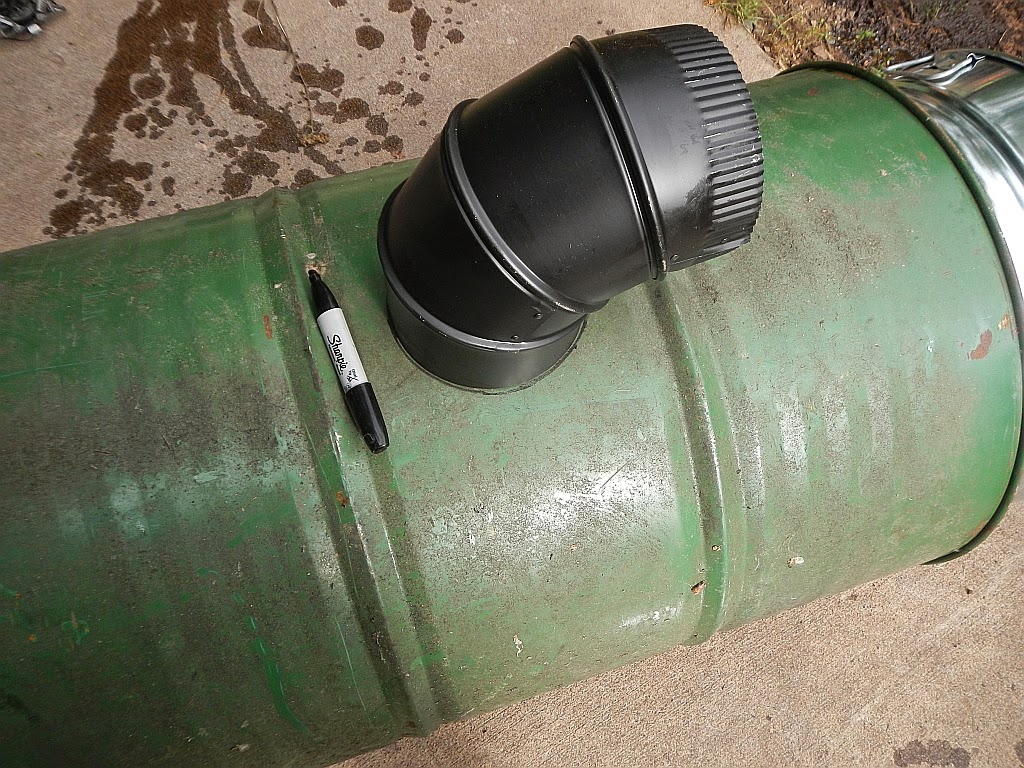 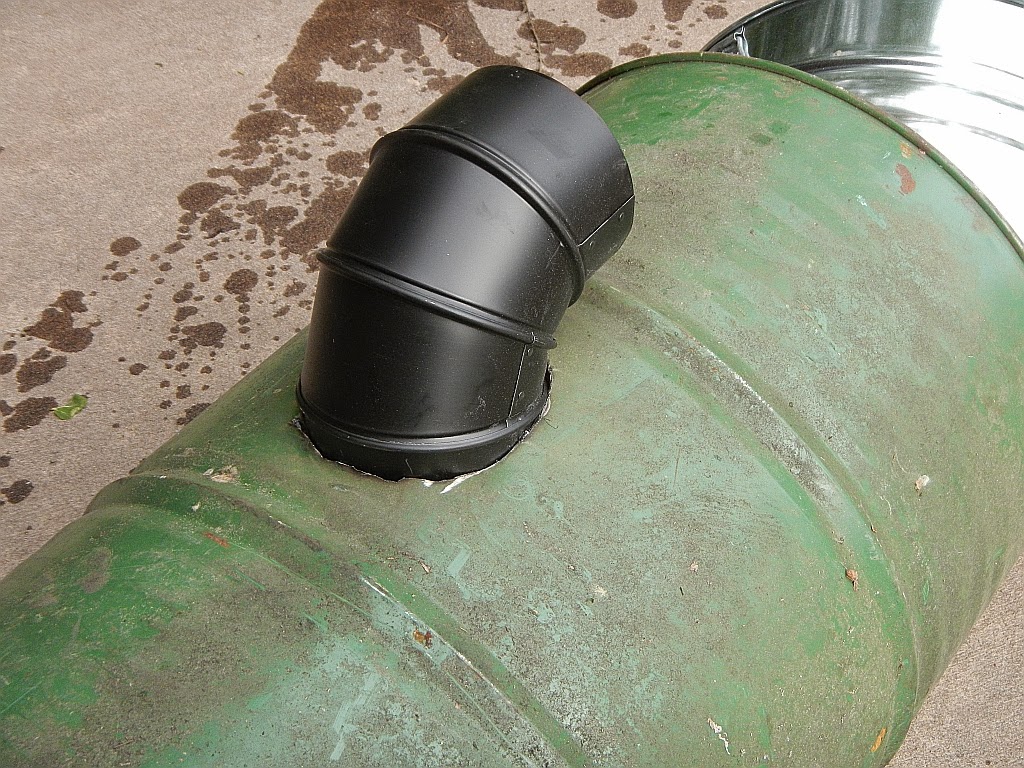 Then use the tin snips to cut the male end of the pipe into tabs as seen below. 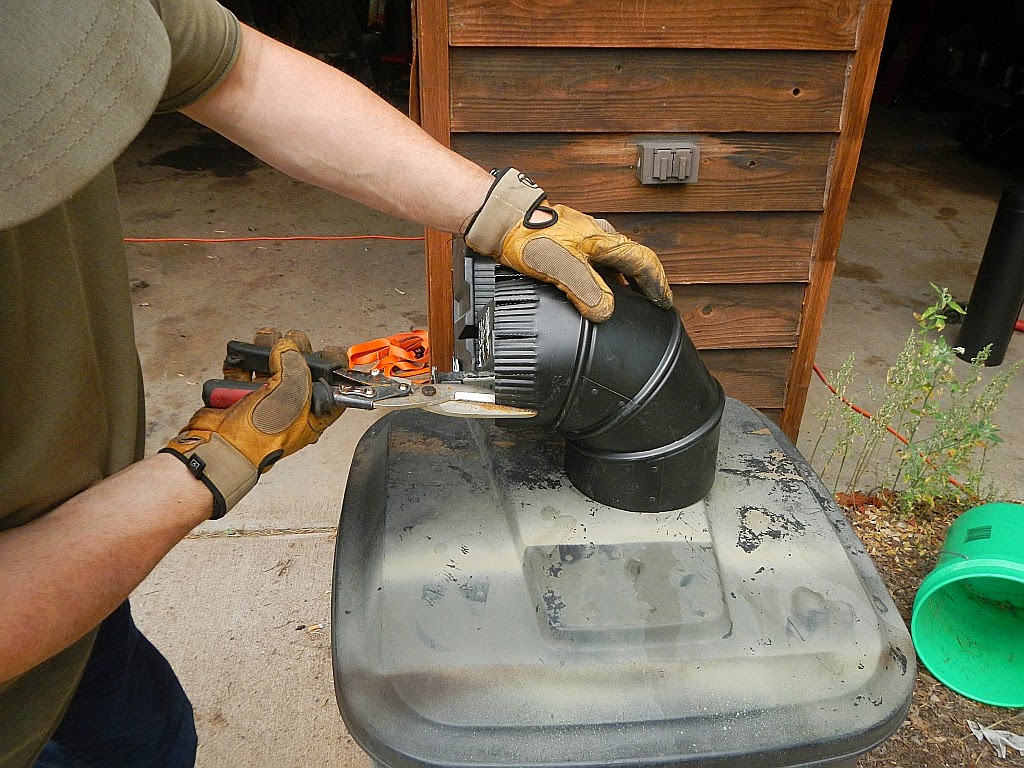 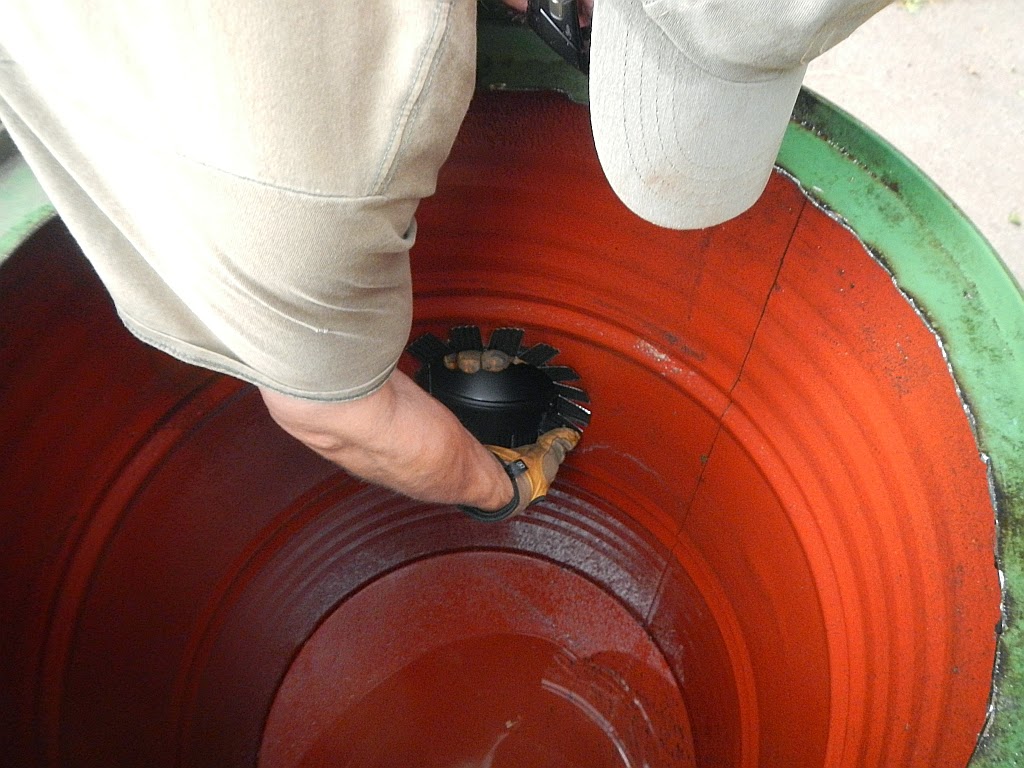 Using the self tapping screws and the drill, go through the tabs and into the barrel. Don't have to do them all. 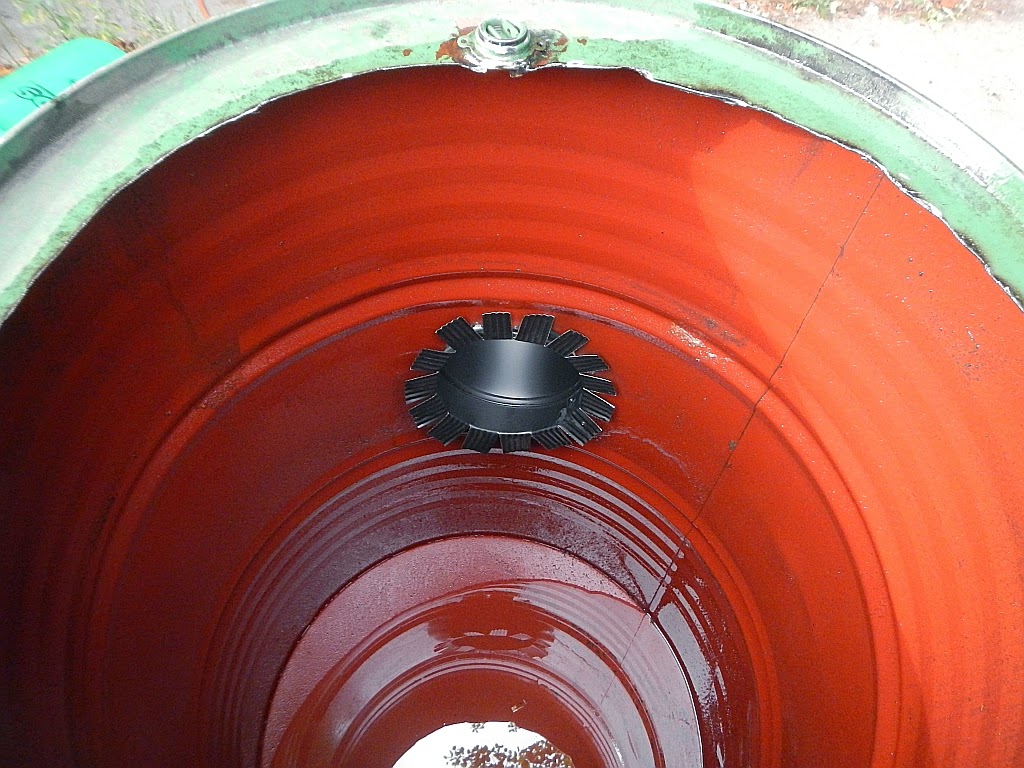 Finish assembling the stove pipe and put it into the elbow. 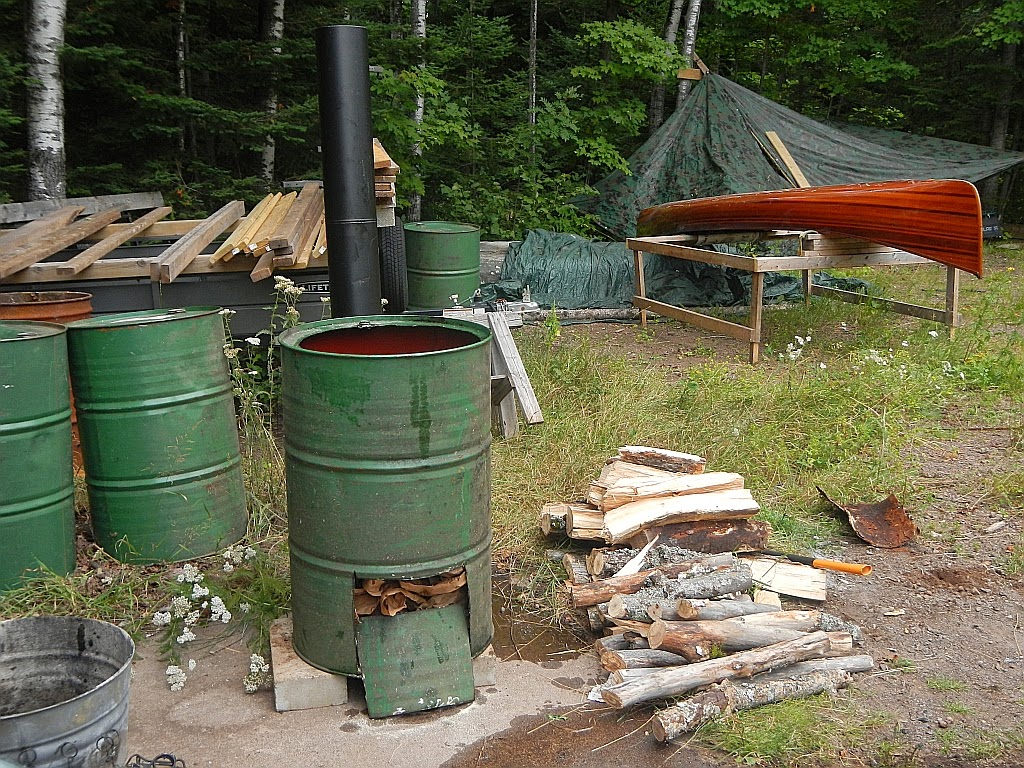 Once I put the tub on and filled it with water I ran a piece of 14ga wire from handle, around the pipe and to the other handle just to add some extra stability. 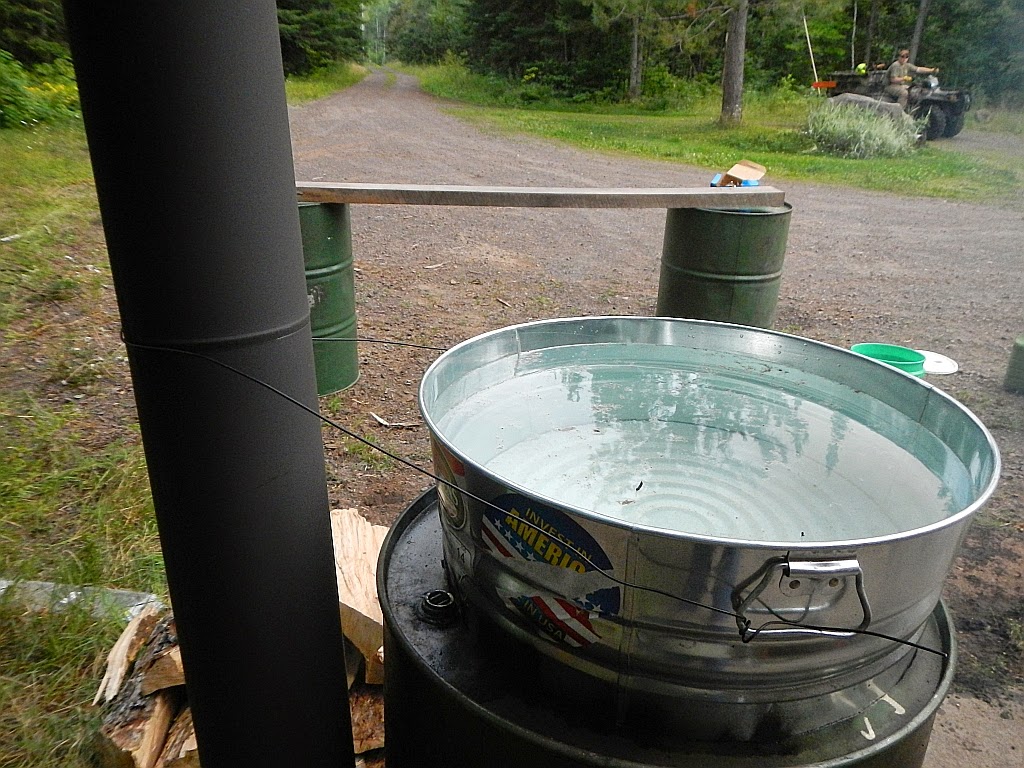 Fired up and rocking. 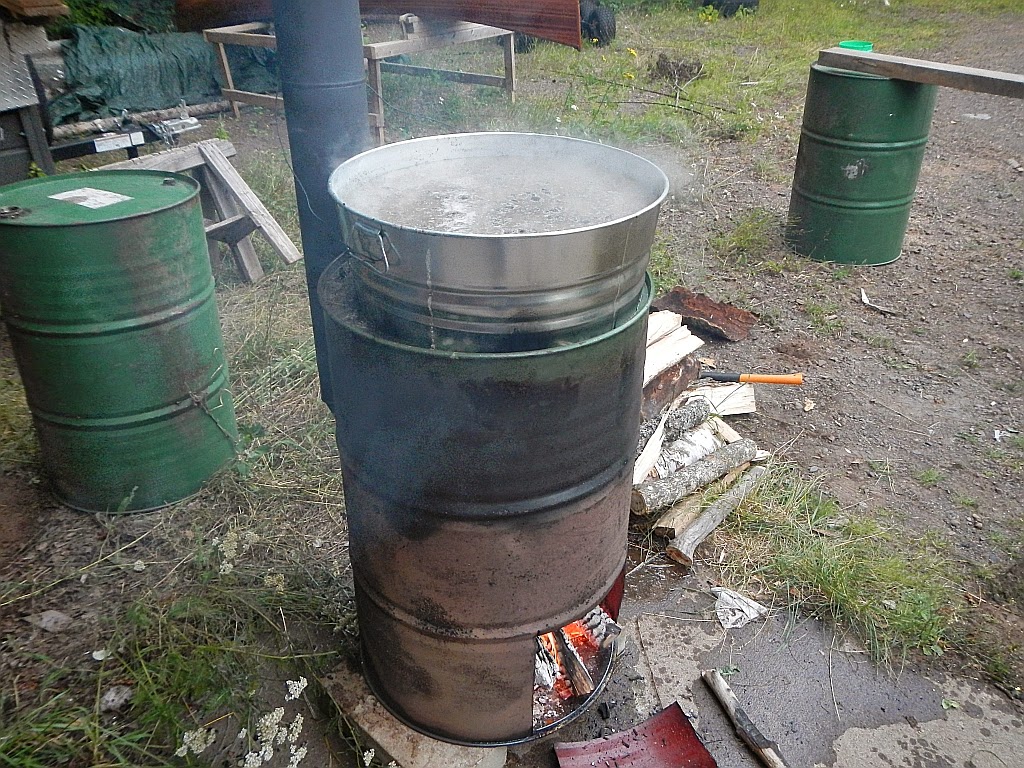 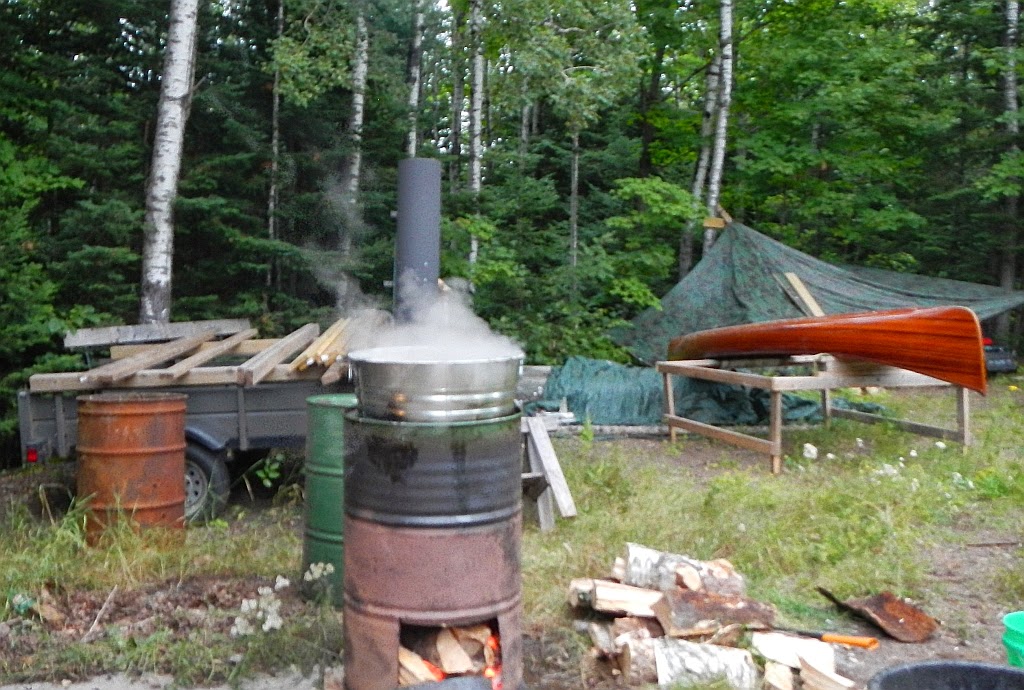 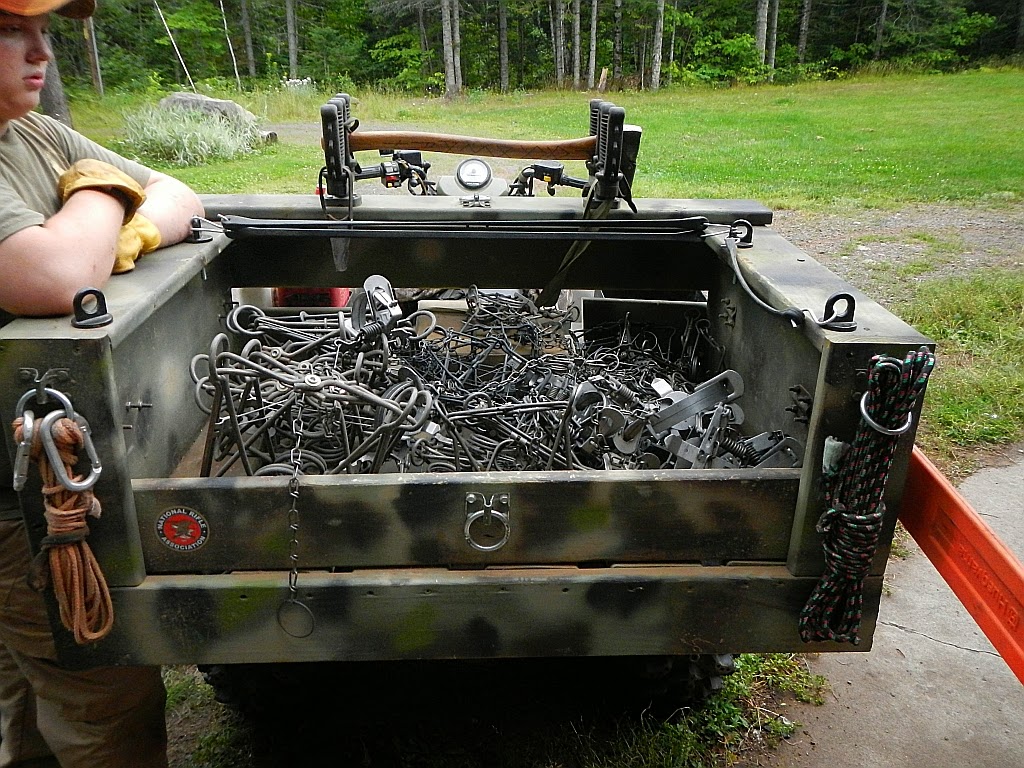 I typically boil for about 15 minutes, then add water till the oil sheen on top of the water is pushed over the rim of the tub. This is another reason I like this set up, because when done right it is a tight fit between tub and drum and the water/oil isn't hitting the fire. If you don't do this you're bringing the trap back up through the oil that is on top of the water.

I'll let these hang for several days, once they've started gaining a little surface rust I'll fire the boiler back up and dye them, then wax them. 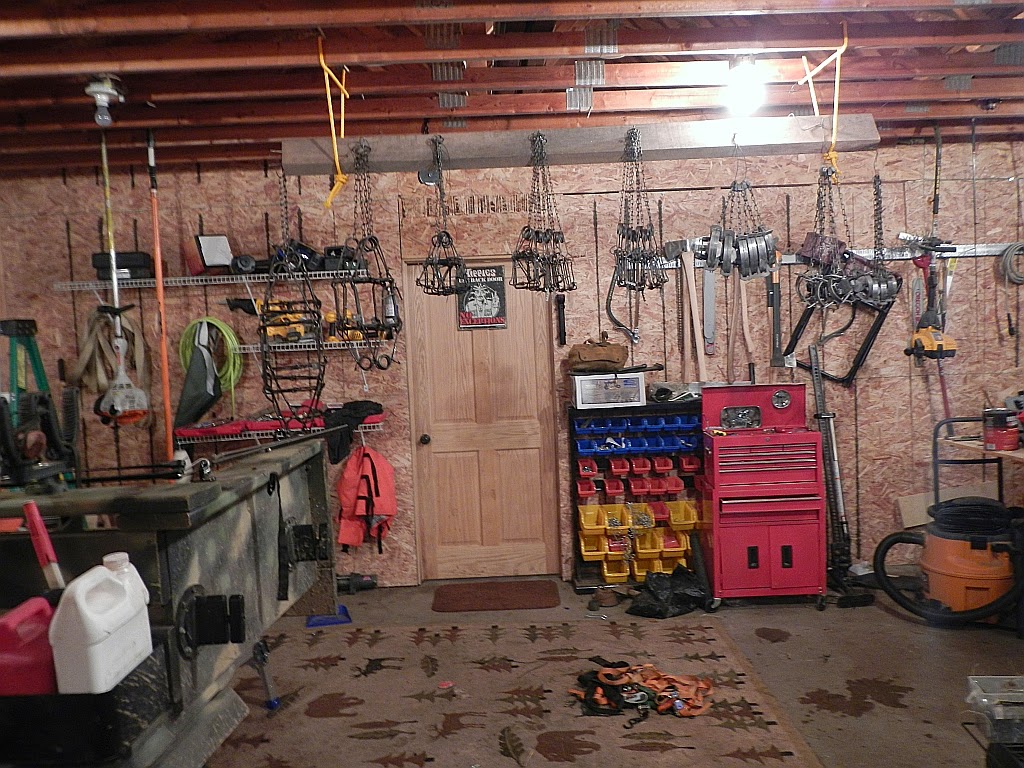 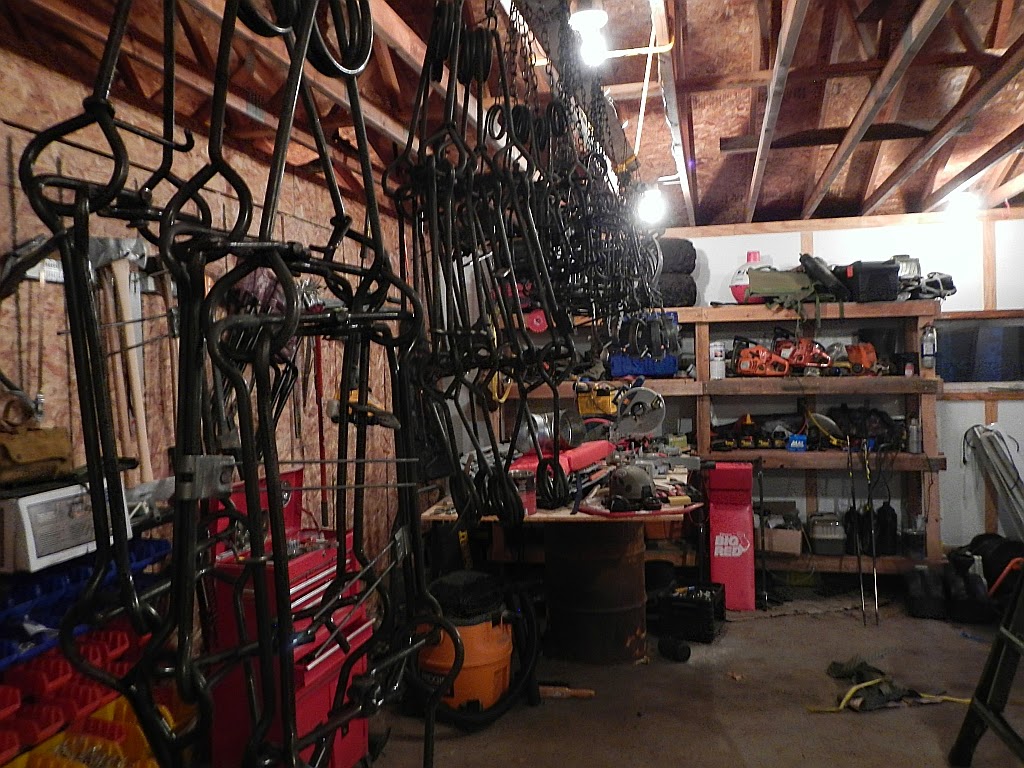 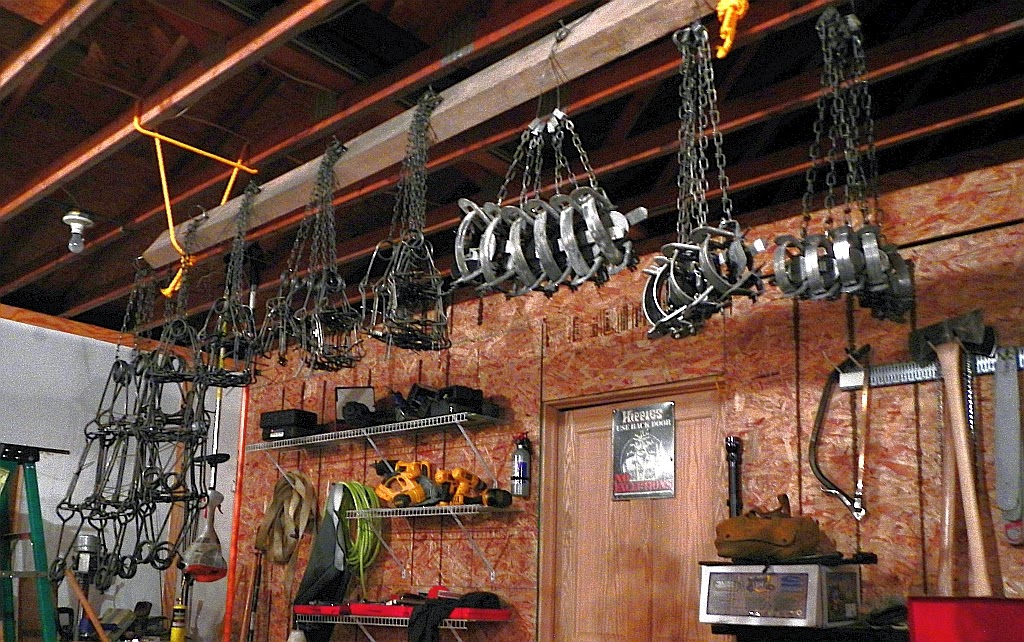 There are some other uses for this boiler, skulls for example, not something you want to boil in the kitchen. This boiler will handle those tasks as well as anytime one needs large amounts of hot water or deal with messy work.
Posted by Cro at 00:00