Lots of bears, some deer, a bobcat and for the first time in nearly four years I have a moose in a few images. She looks quite healthy but she didn't appear to have a calf with her which is worrisome. 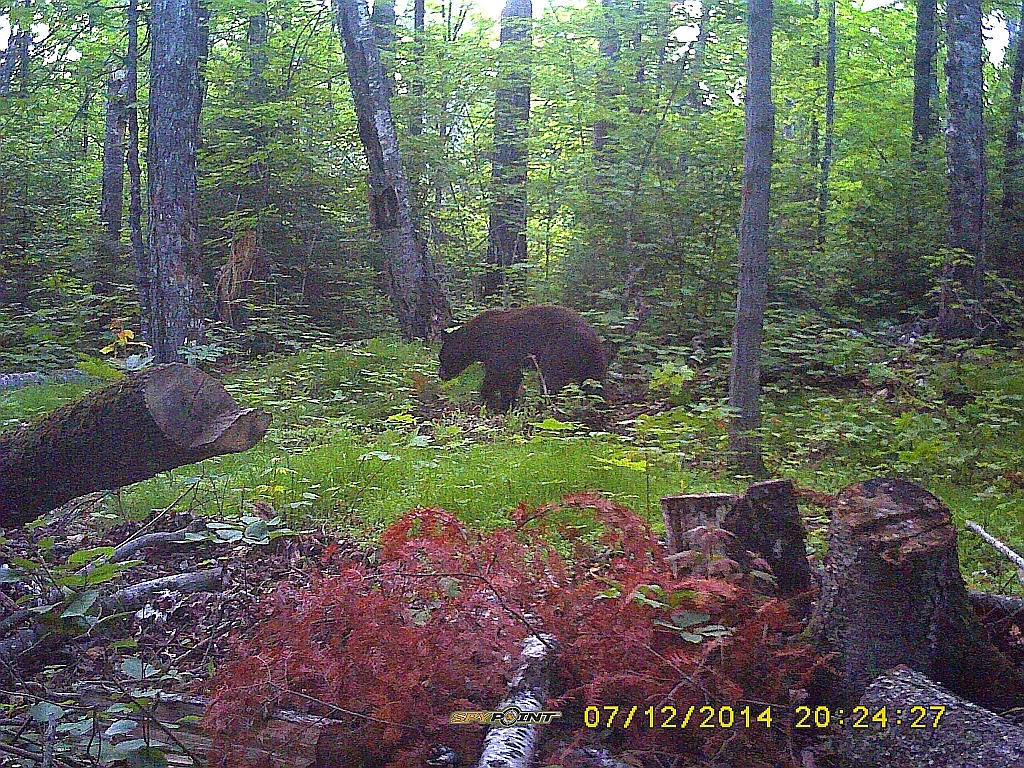 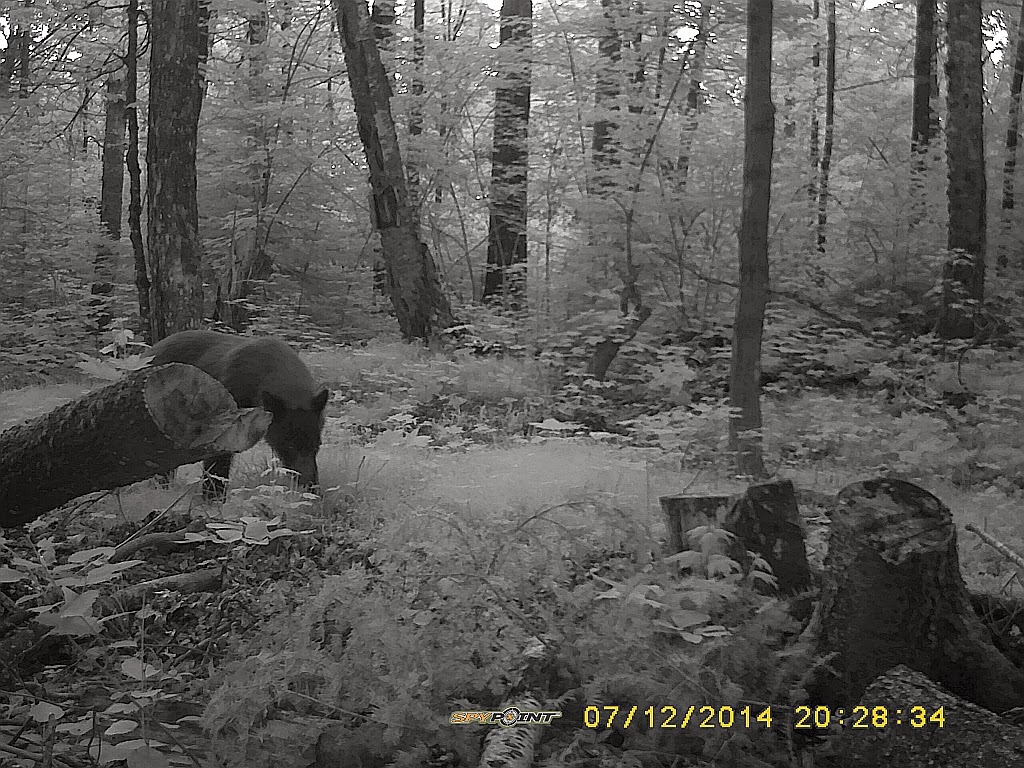 I was very happy to see the following set. She's entering the frame from the left, you can see the ear, eye and nose before she moves into the middle of the frame. 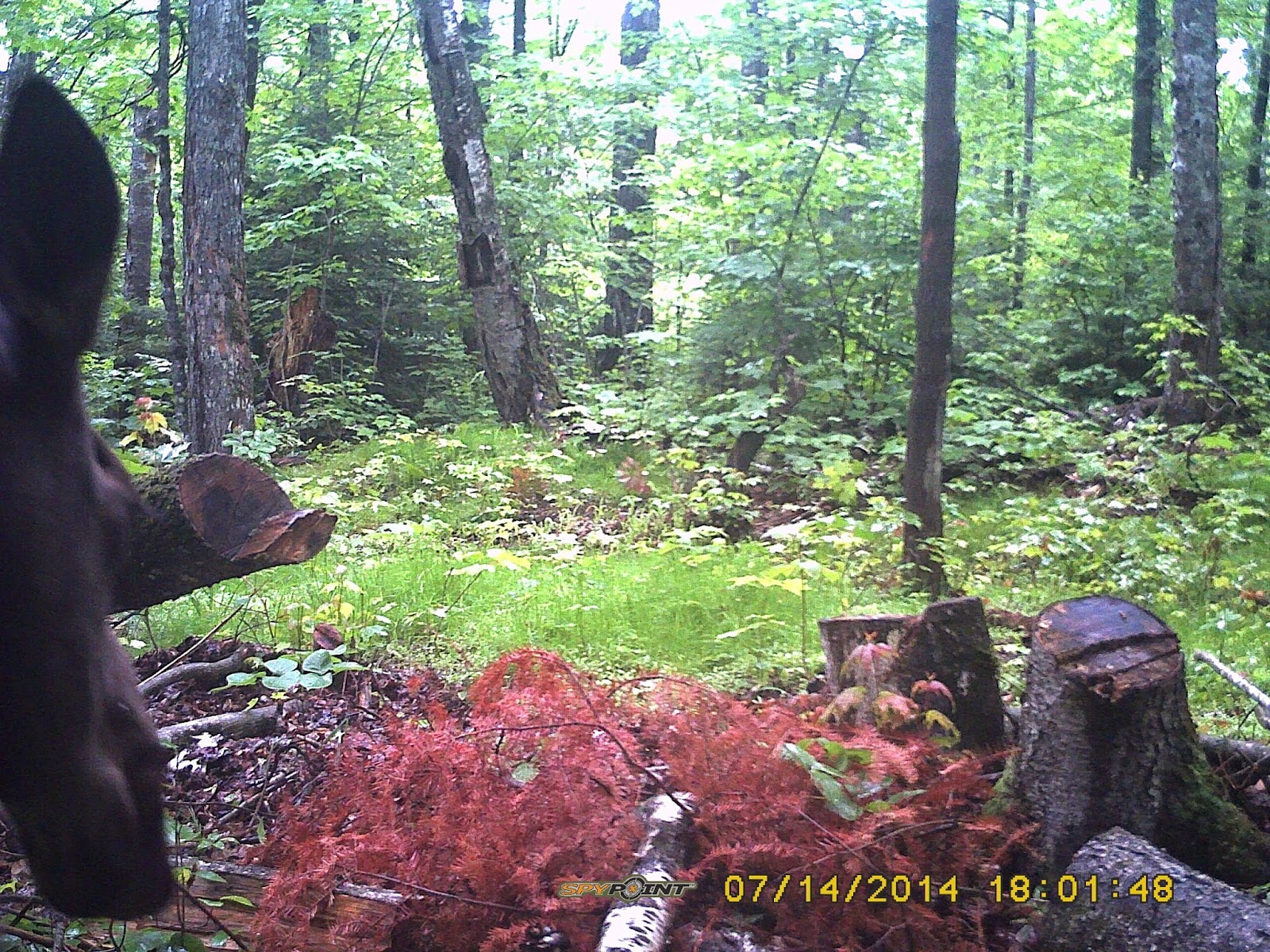 This particular camera is placed about three and a half feet off the ground as a reference. She's a tall one! 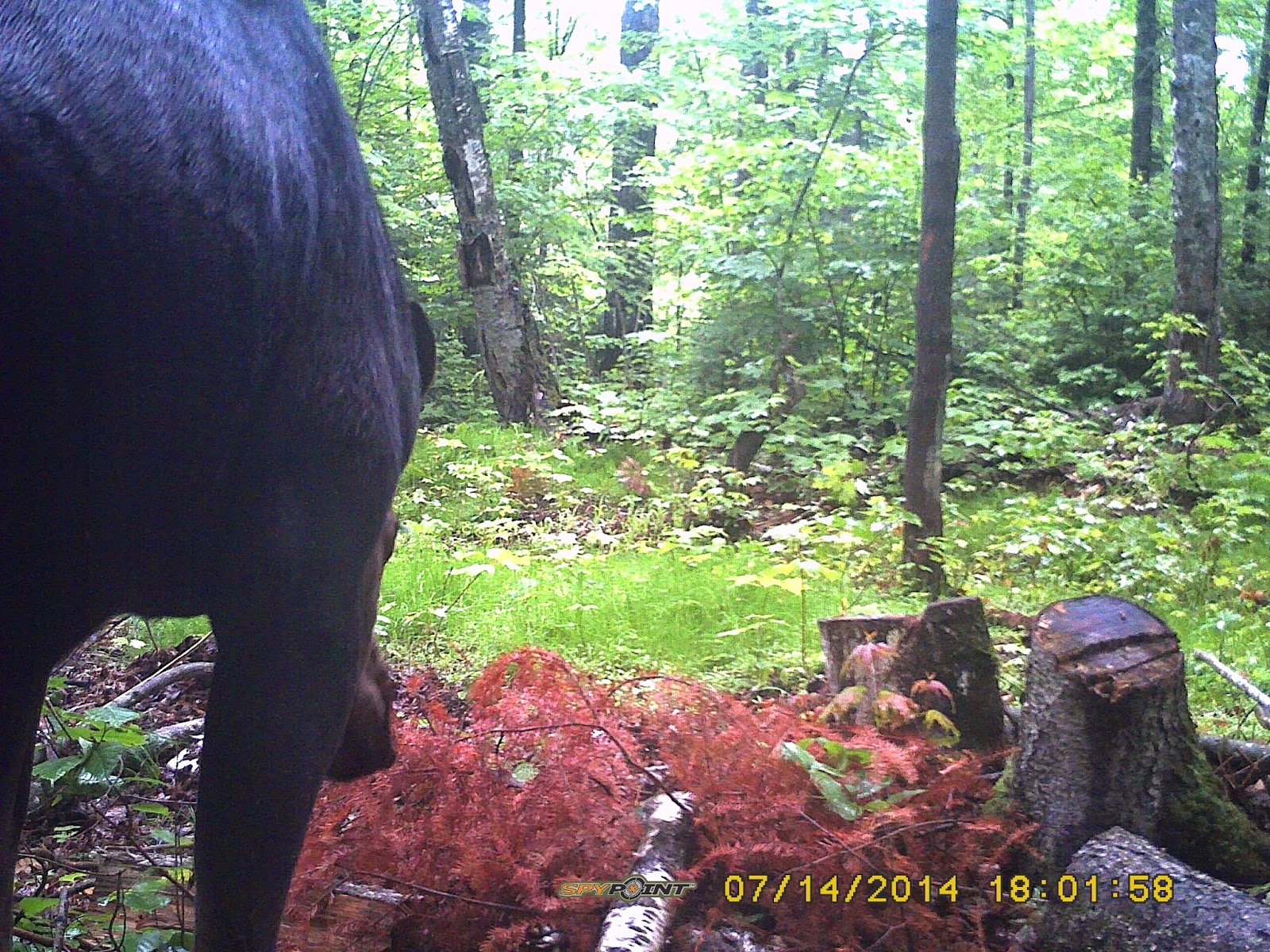 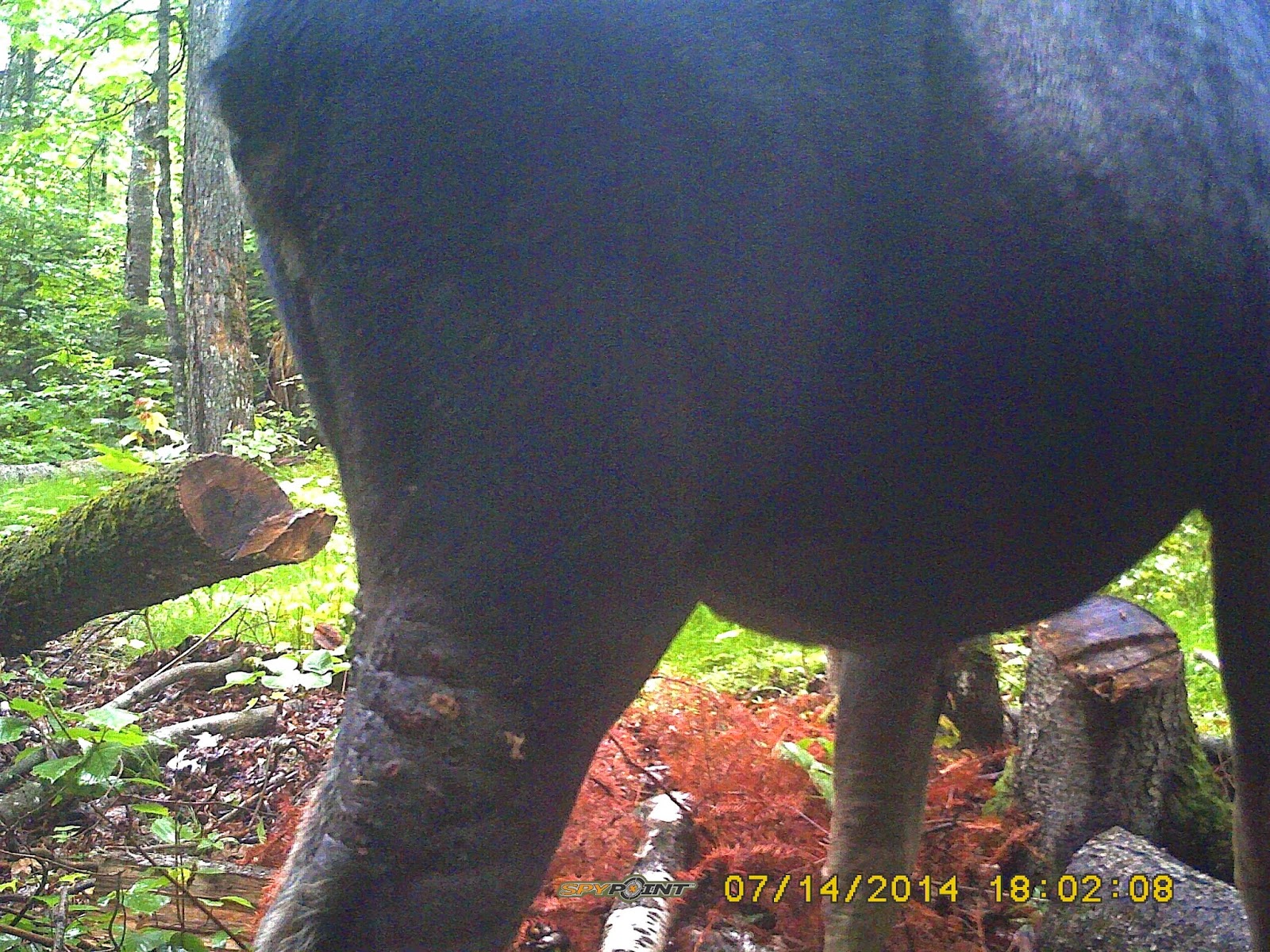 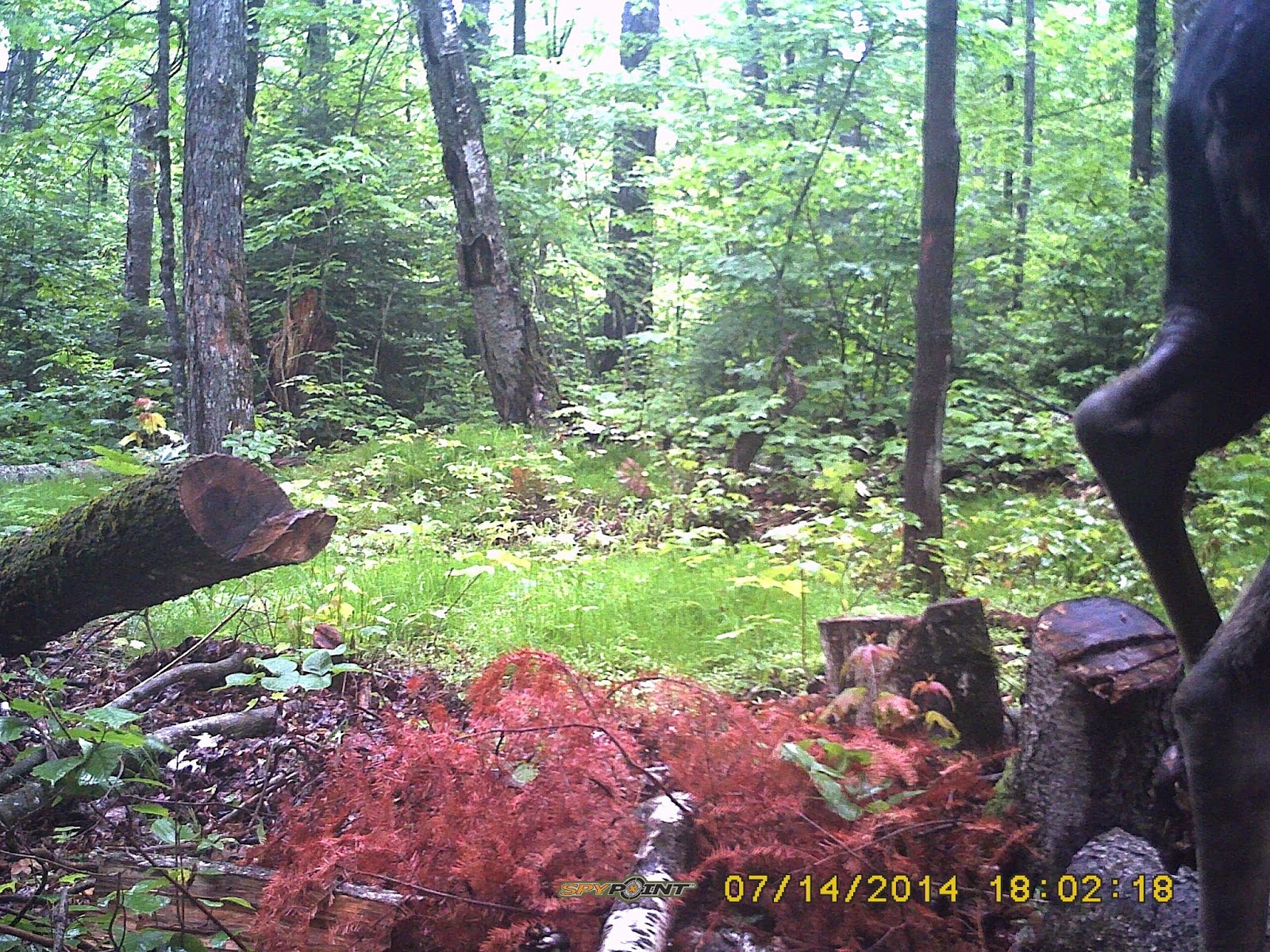 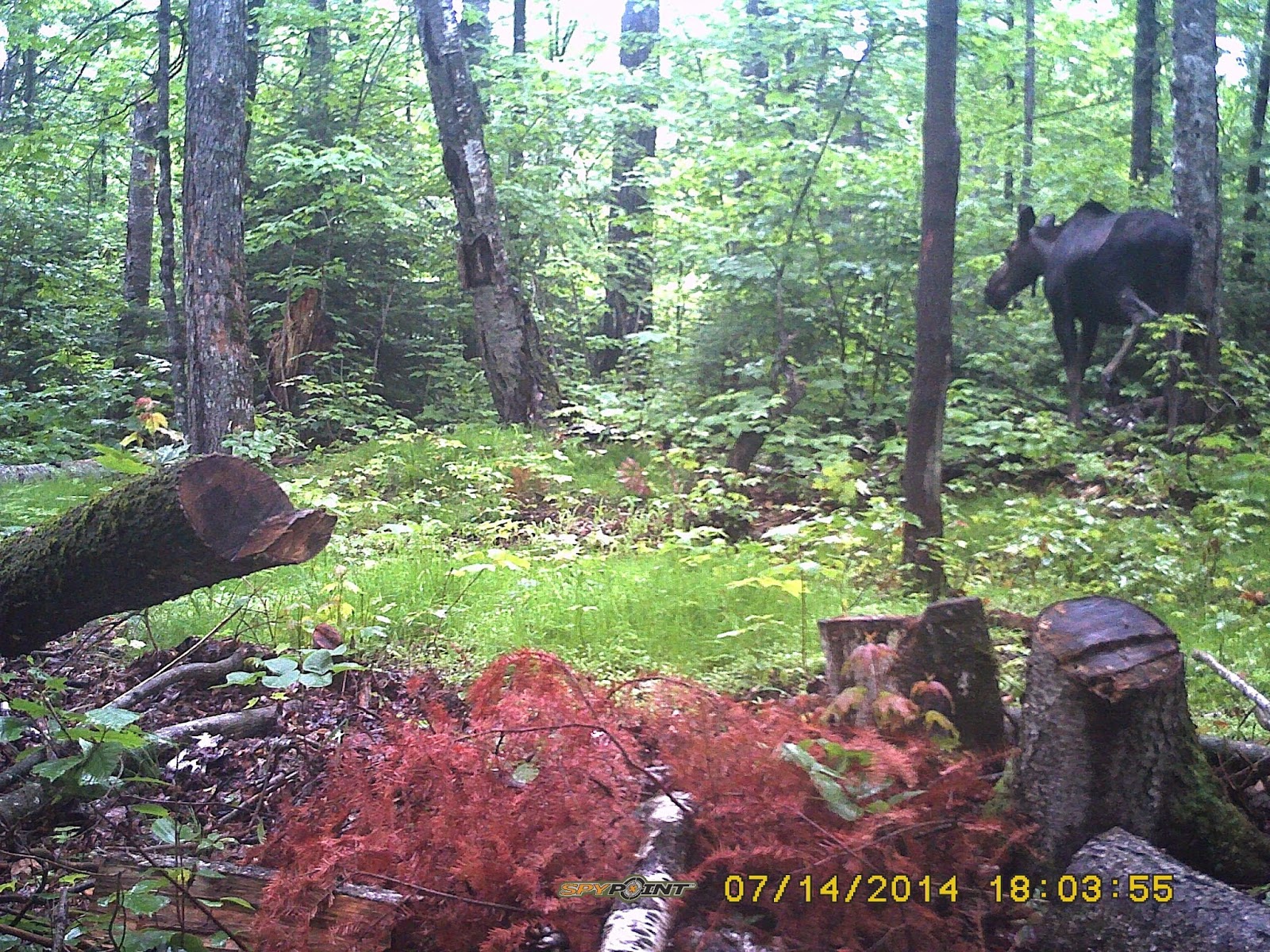 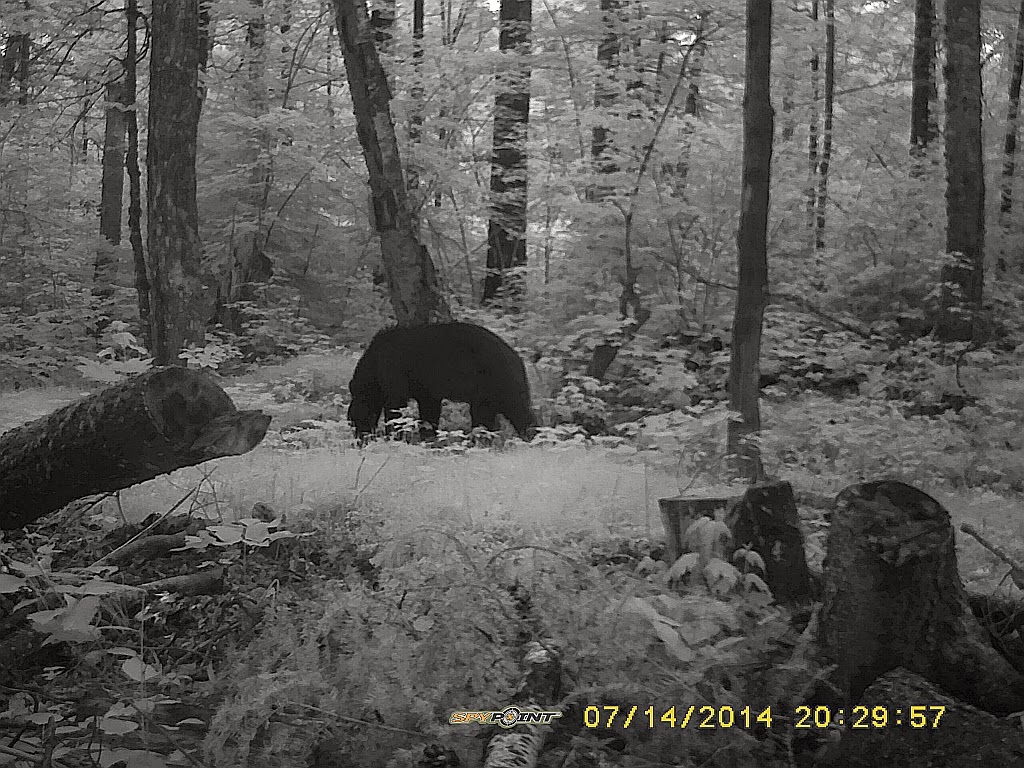 This little guy has a strange streak of raised fur down his back. There is another picture later on, the streak is reddish brown while the rest of him is a slick oily looking blue black. 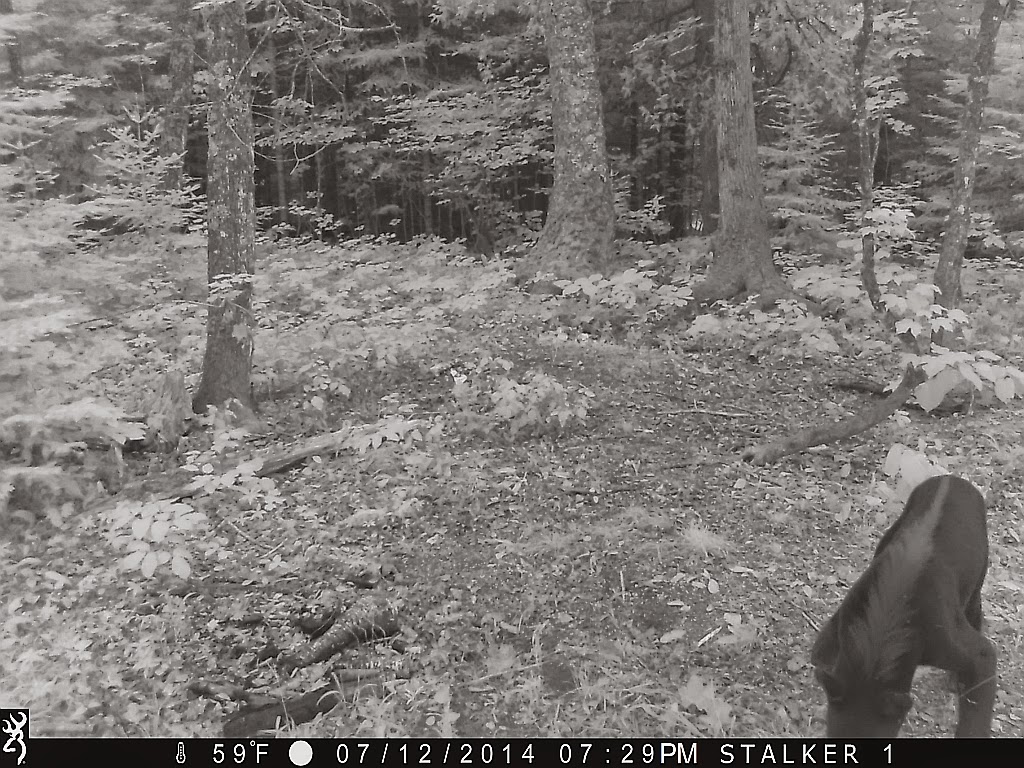 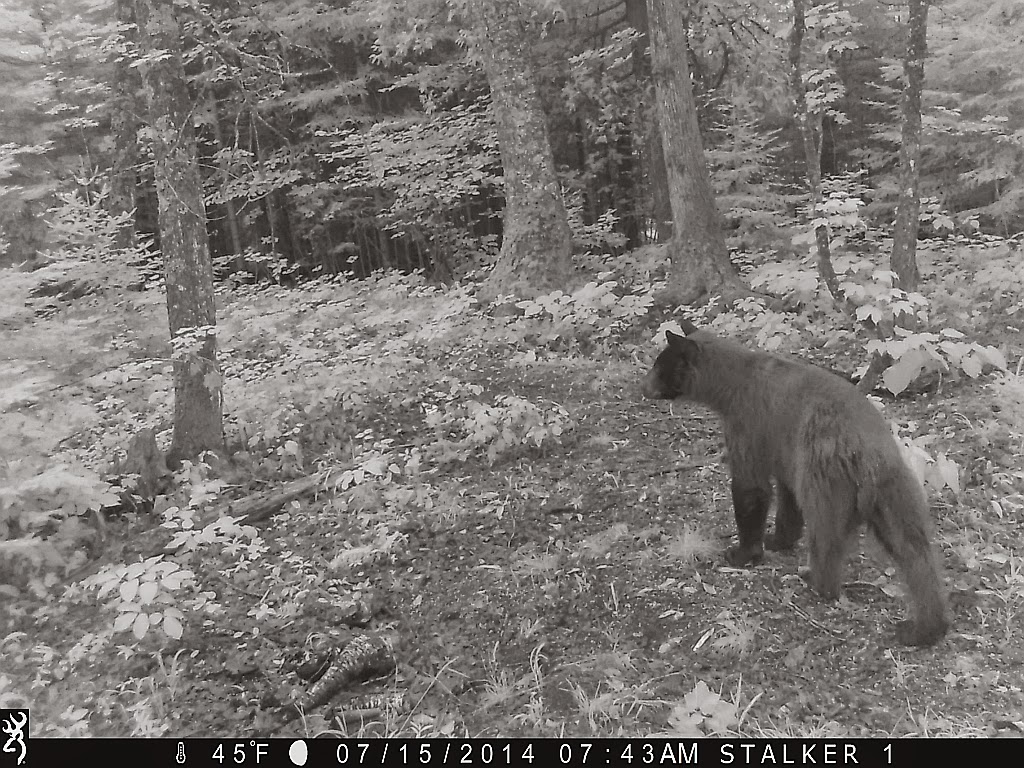 Tough to make out at first, and I had the wrong reaction when it popped up. It took a double take to realize it's a bobcat and not a young cougar. The weird tree happens to be right where the tail would be and at first glance it was confusing. Seeing the bit of black on the ear tips and the black tip on the bob tail gave it away though. 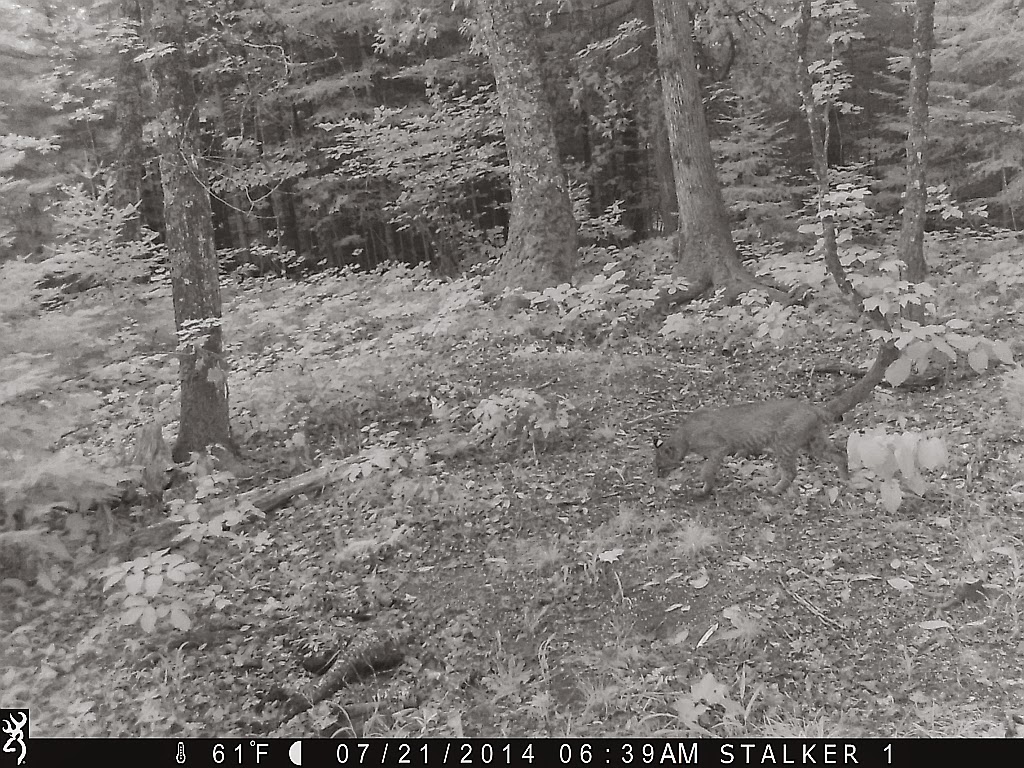 Seen here again but exiting the screen to the right of six o'clock position. 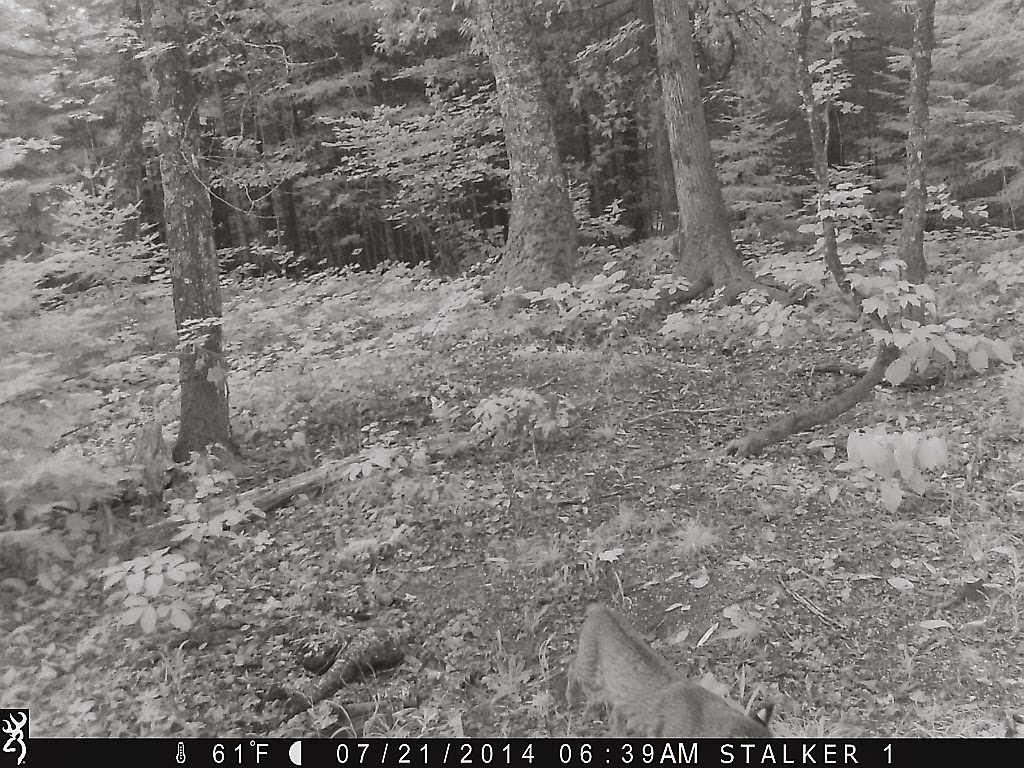 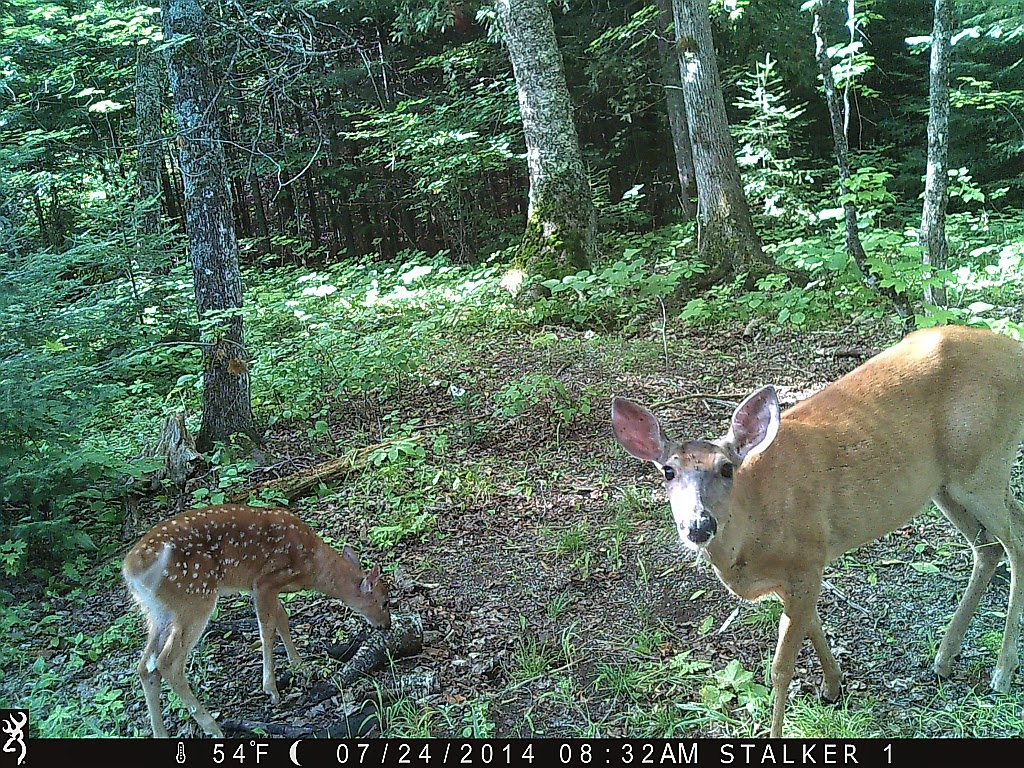 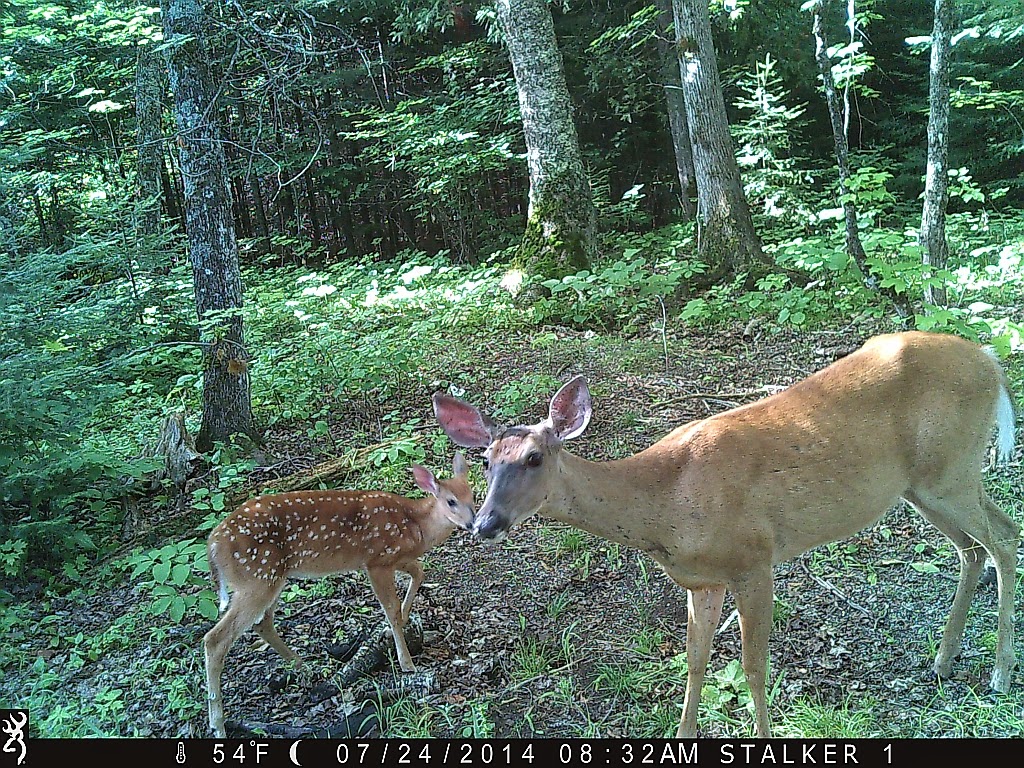 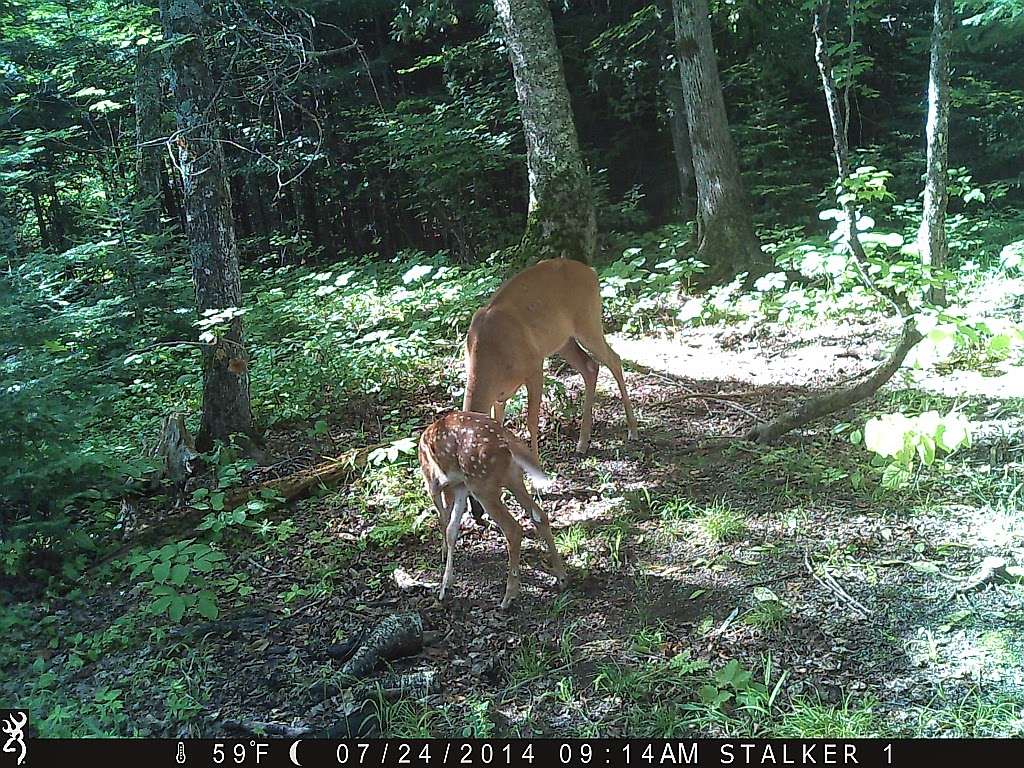 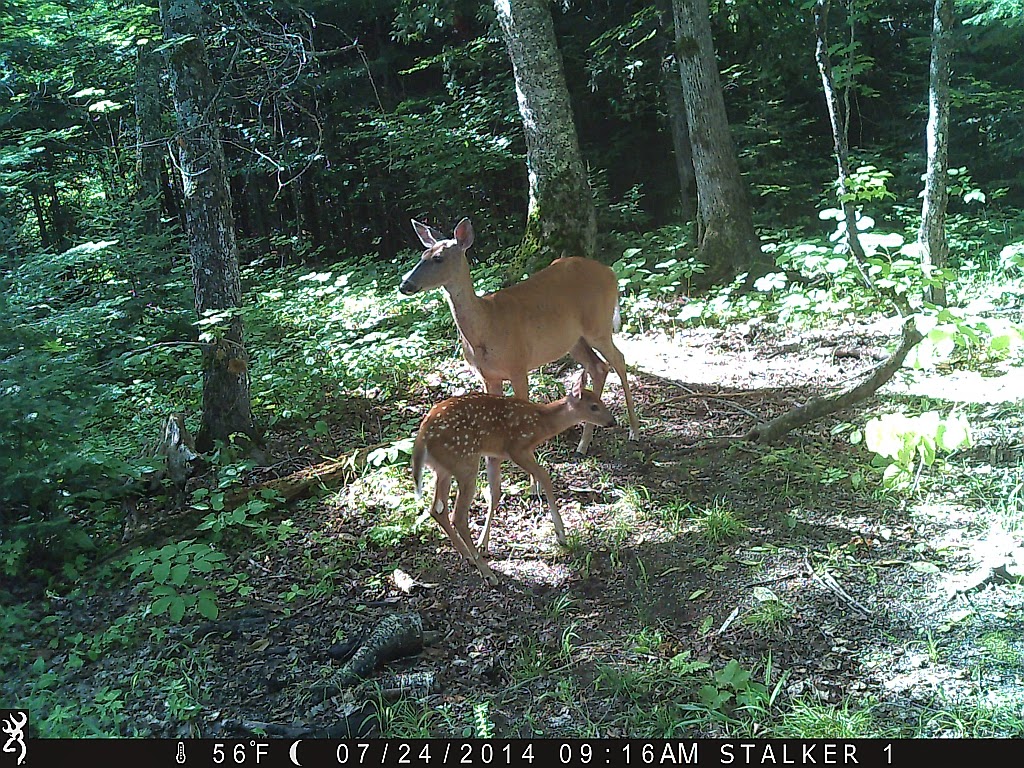 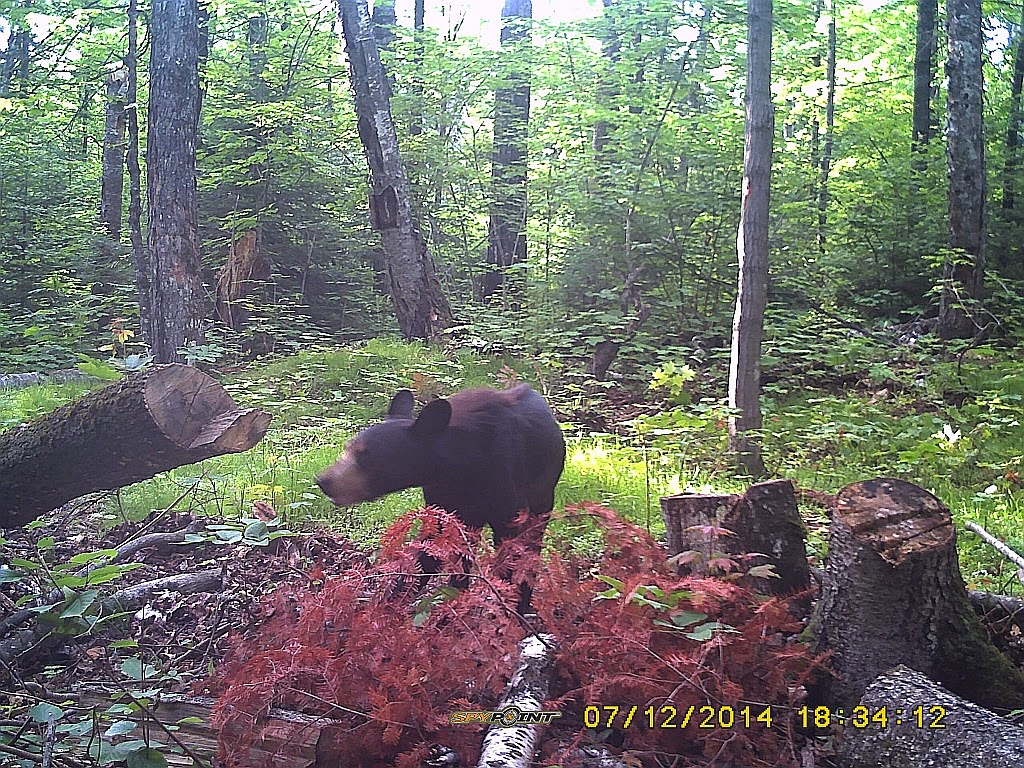