With bacon and backstraps on the mind I set about getting a fire going and food prep. I've always marveled at what a fire does for a cold camp, or any camp for that matter but especially cold and snowy camps. Fire is a living thing that becomes a working companion in a cold dark camp. Light chases the darkness away, warmth that keeps the cold at bay, it connects to something ancient within a man, to a place in our distant past where fire was life, and death.

Within the flickering, the flames whirl and turn and the shadows dance at the edges of the light upon the trees. It isn't hard to imagine a time when men roamed freely through forests and across mountains. A primaeval connection to our ancestors who's life complications were centered around food and shelter and safety. Where survival had more to do with wit and muscle and less to do with careers and financials. The web of life was simpler but deadly serious.

A fire also enables the storyteller, opens the mind and imagination, freeing it from the constraints of modern life and modern thinking. Gone are the distractions so common in our modern lives, there is no cell phone, no internet, no DirecTV, there is the now in living motion where we are entranced by the heat and the light and the movement. It has been said that fire and the ability to make it is truly the base separator between us and animals. I think this is a very over simplified statement but I agree with the gist of it, for fire enabled us to do and become beyond a base nature. I believe fire contributed to our ability to communicate in a meaningful way, beyond warmth, defense, cooking, light, this piece is perhaps the greatest gift of fire. 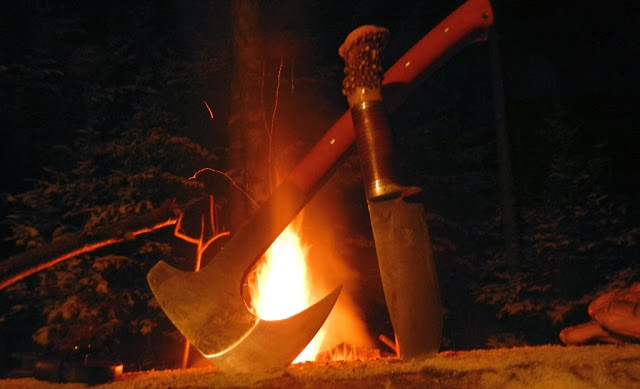 I sliced up some redskin potatoes, some mushrooms and thinned the backstraps so they would cook a little faster. All of these I placed on my lightweight griddle and situated is to one side of the fire, the meat over the hotter part. The sizzle came quick and my appetite sharpened. 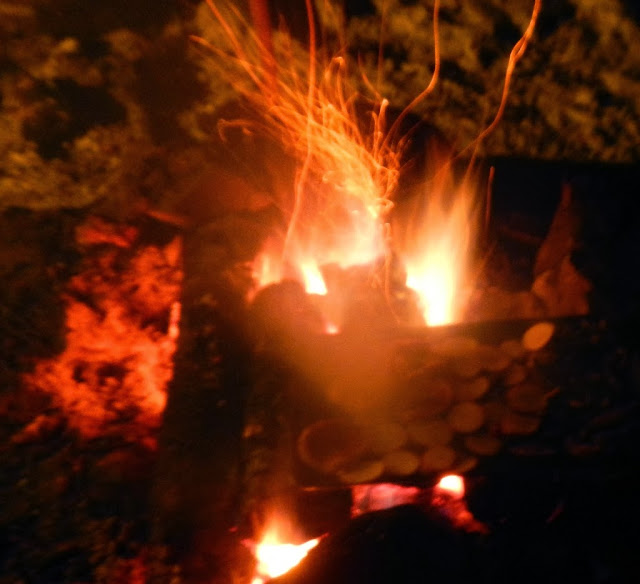 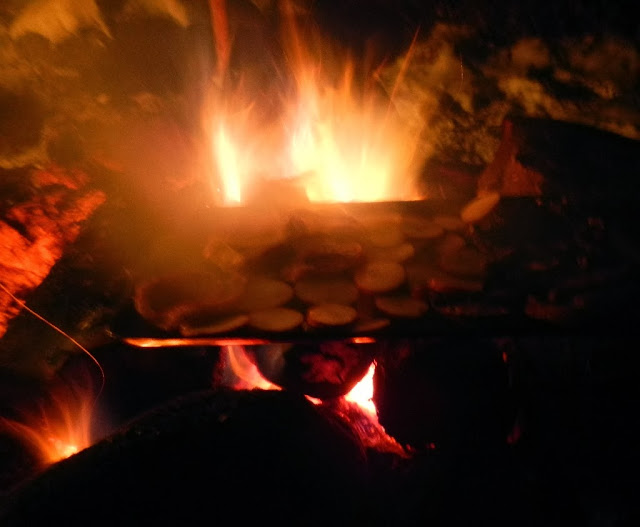 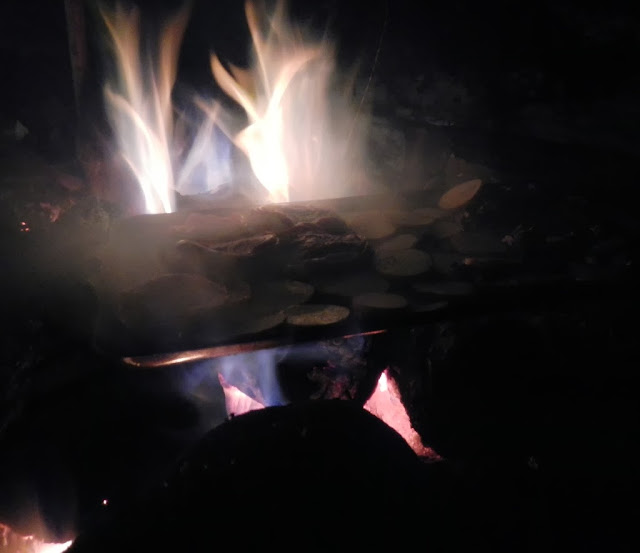 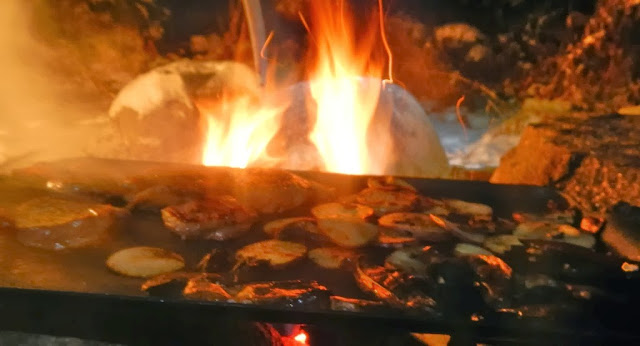 As I ate I thought of the hunt that this venison came from, of the day I planted the potatoes and their subsequent harvest respectively. The deer hunt had lifted and sustained my spirit then and the memory did now, as the meat sustained my body. I thought of what it meant and of how death led to life.

In a somber mood I turned in for the night, at first the cold in the bags shocked me and I shivered, then the warmth spread, contained, and I found sleep.
Posted by Cro at 10:35