What follows is a recap of the past three days beginning Friday, 27 December.

We had a dramatic weather change and are expecting another tomorrow and still another by Sunday. We saw a spike in temps today, shot way up to the high 20s low 30s even. I know that sounds weird but we've not been above 5 to 10 degrees for several weeks now. Low 30s today, supposed to be mid 20s and snow tomorrow, then a high of -10 on Sunday with lows of -30 to -40 accounting for windchill.

With weather like that on the way I expect the animals will be moving. So, I decided to strap up and head out to try some snaring. I didn't have much light left after work today so I had to walk back in the dark.

While the snow might not look deep in the video, that's packed snow from my shoes and the snomogo on the trail. Stepping off that trail even with snowshoes on took me to over the mid-calf depth, would be mid thigh without snowshoes.

The video is my lame attempt at a cliff hanger, if you watch to the end you get it.

I've not done a lot of snaring in the past so I'm still learning. Bound to make some mistakes but I'm hell bent on mastering it.

Well I got skunked. Couple of the snares were closed but they were misses, the rest had no activity.

I decided to make the best of it and spent the rest of the day snowshoeing and setting new snares. I've got high hopes and will head back out in the AM to check them even though it's supposed to be -45 windchill with a high of -10 now. Going to be brutal cold but I'm going anyway!

Here's some shots from today's goofin off.

Kind of a gloomy start to the day. The unseasonable warm temps the day before caused a lot of fog and mist. 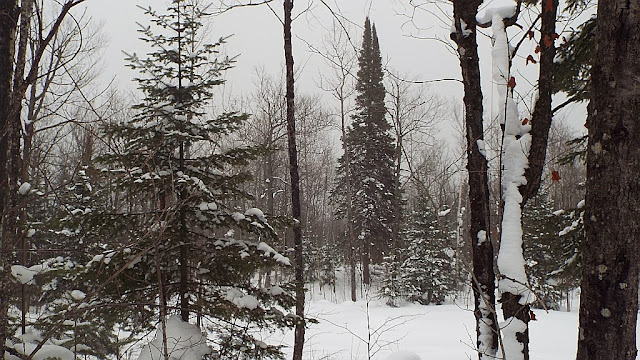 This is the snare kit with 2 snares left to deploy. Pretty handy and simple kit really. A Leatherman Wave does the work. Some black wire for securing the snares. These snares are 1/16 7 x 7 cable, Thompson style. 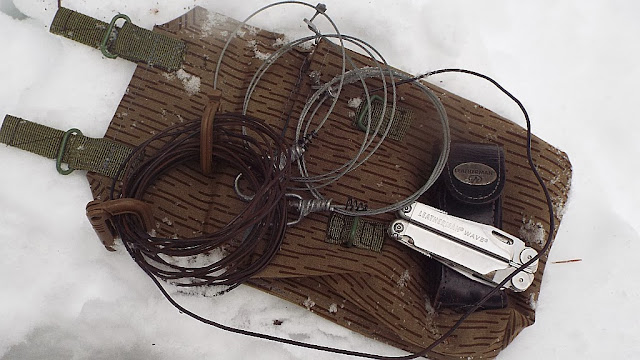 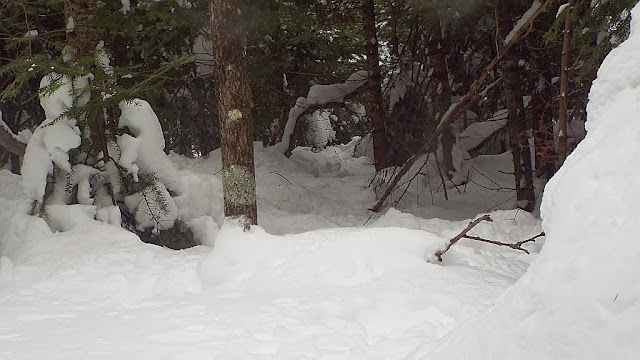 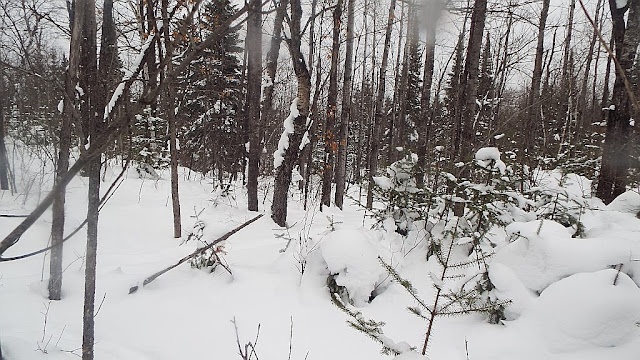 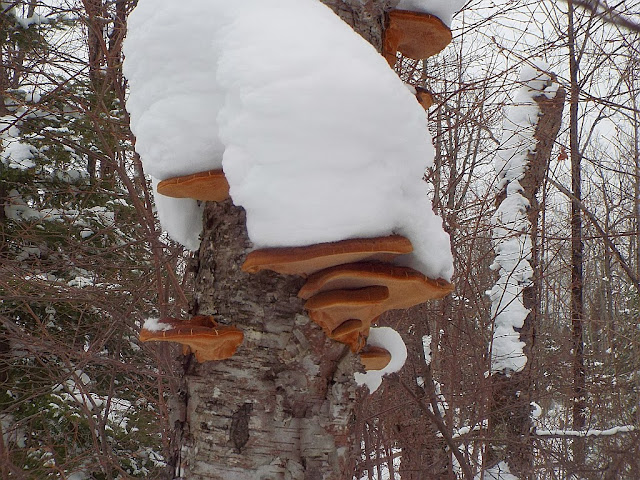 I cut some new trails where the snow was untouched. Man it's still powdery. 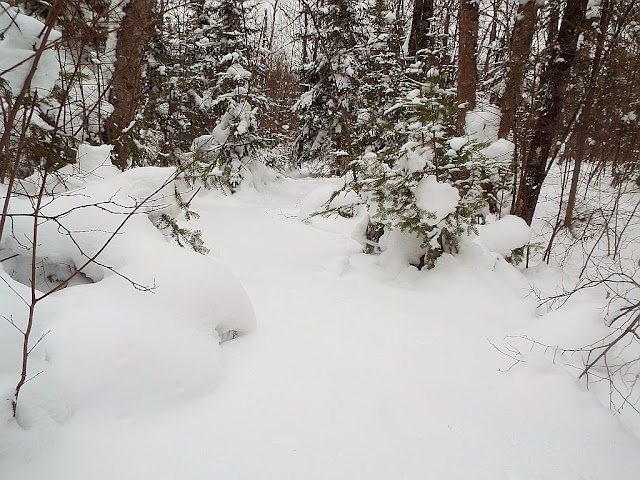 Even with shoes I was sinking six to eight inches, sometimes more. 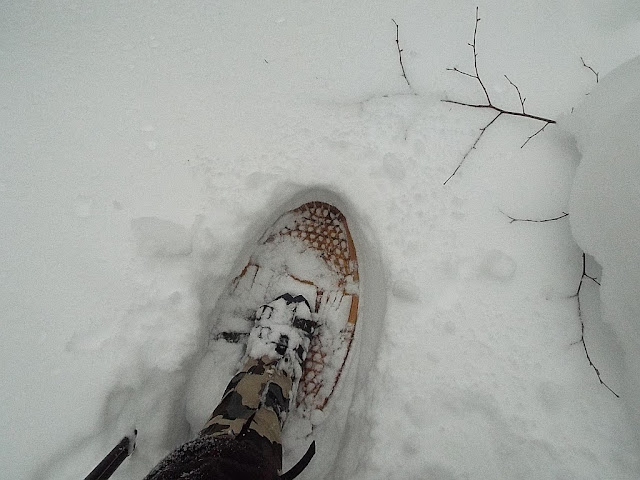 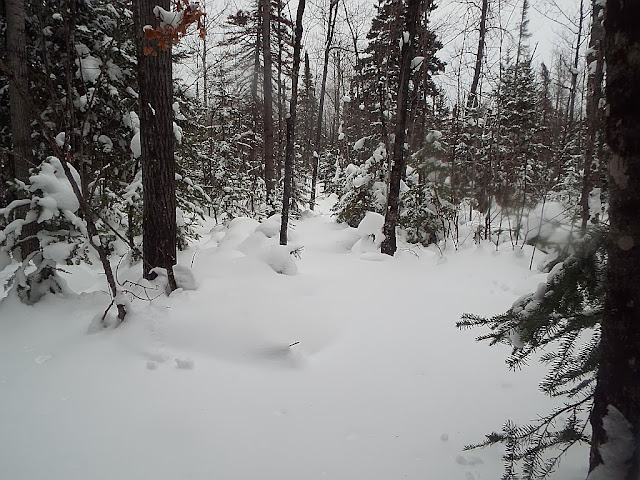 Shot of the back trail. 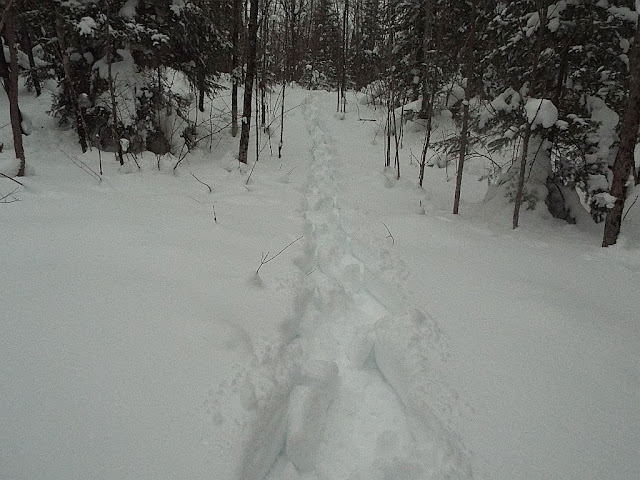 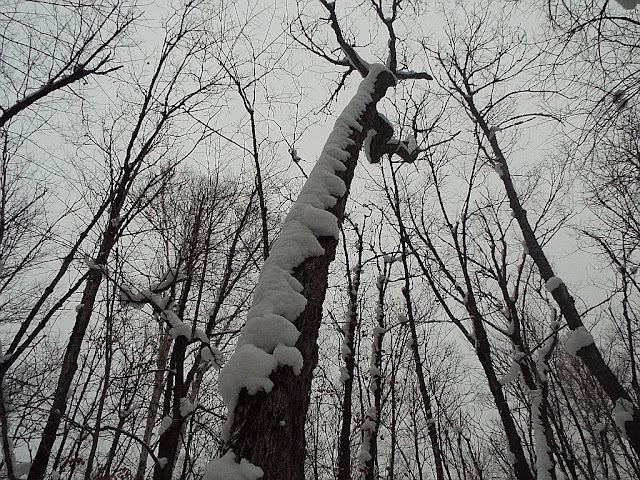 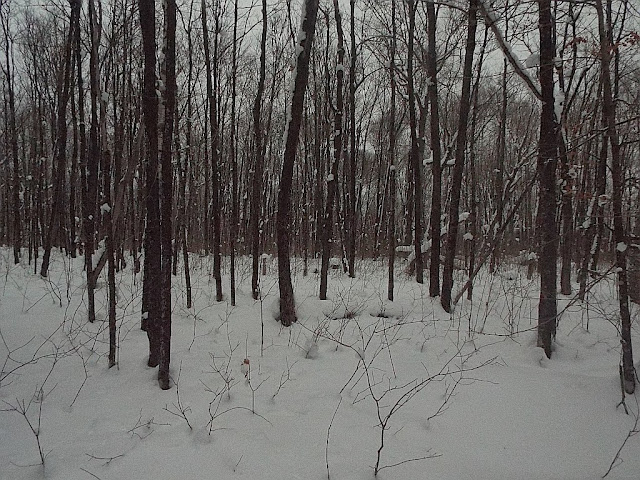 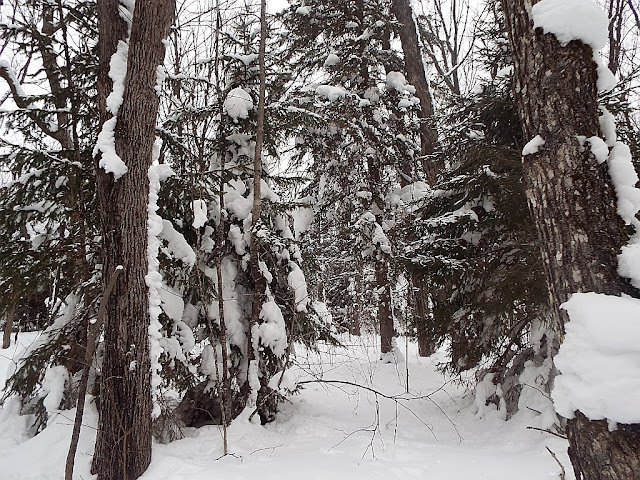 I ended up circling around to one of my old hunting camps. Was good to see the frame and gear deck still in place three years later. The lashings have held well. 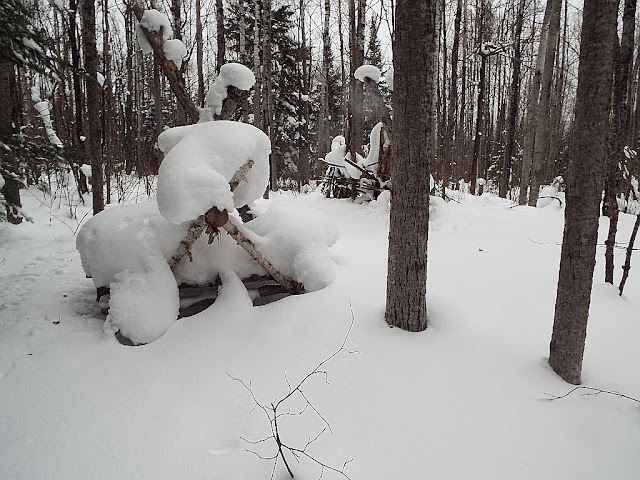 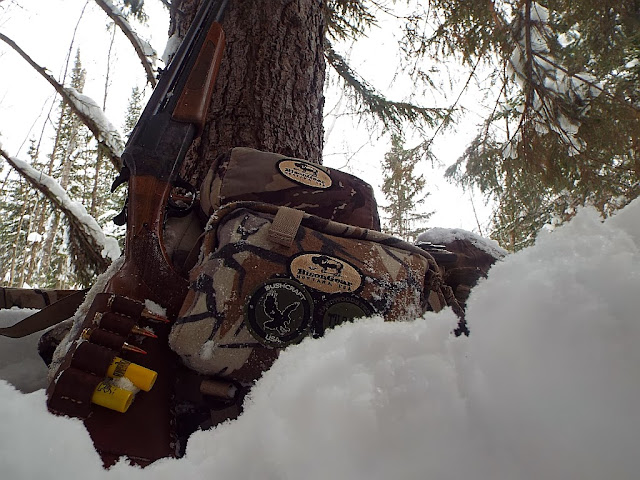 Since tomorrow is supposed to be so cold I'll switch to the pack basket and break out the heavy wool. Should be a fun day if I avoid frostbite!

We shall see what tomorrow brings...

Well the video speaks for itself, though I monkied it up and mixed the edits in reverse on the fire ignition versus the actual fire. Bleh. Nothing but brutal cold and I think part of my brain is still sluggish.

I'm going to try again next weekend but instead of six I'm going to deploy eighteen as well as some fox and bobcat sets, we'll wait and see how it goes.
Posted by Cro at 17:24