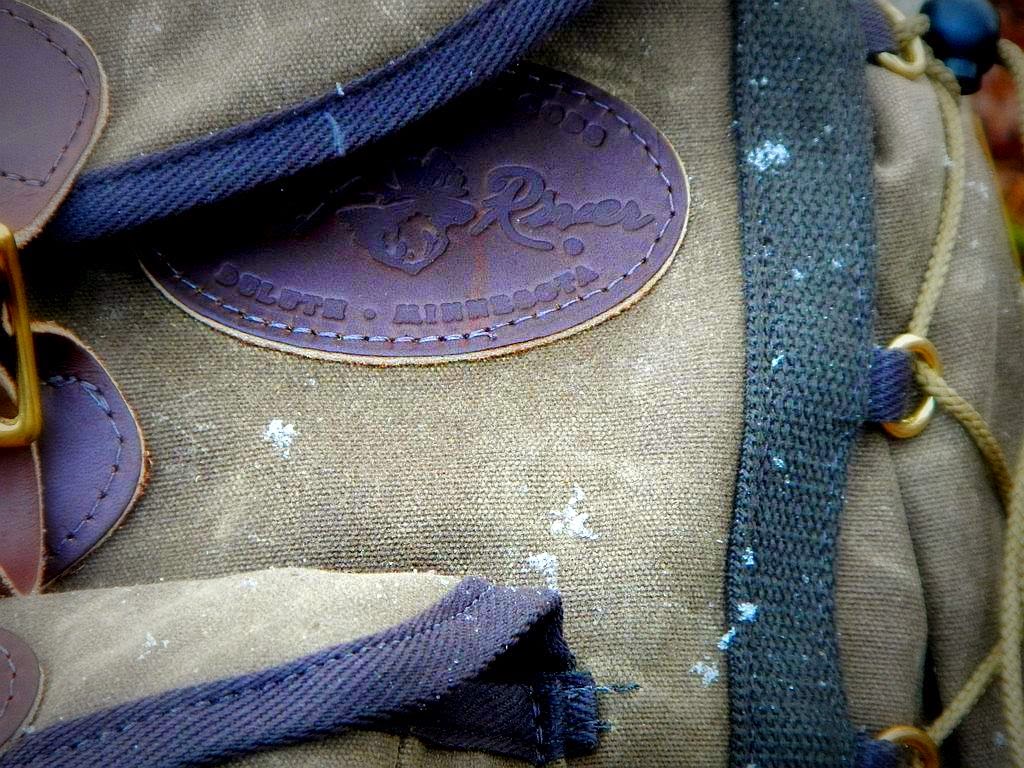 I've been thinking about adding some more canvas and leather goodness to the pack stable for a while now, and decided to drive by the Frost River store to pick something out. It was good to see some familiar faces, always a pleasure going in there. Some conversation, some pack evaluation, hot coffee on the counter by the register, just can't beat the place. Dave and I spoke for a while, Mark was busy in the loft working on packs and Chris was busy as ever.

After looking at several and spending some time with the IR Mini which I liked an awful lot, I made up my mind though I think it was mostly made before I got in the store. I left with the Frost River Summit Boulder Junction.

I've liked the design since I first saw it and really should have picked it up sooner. It's quite unique in the FR line up. 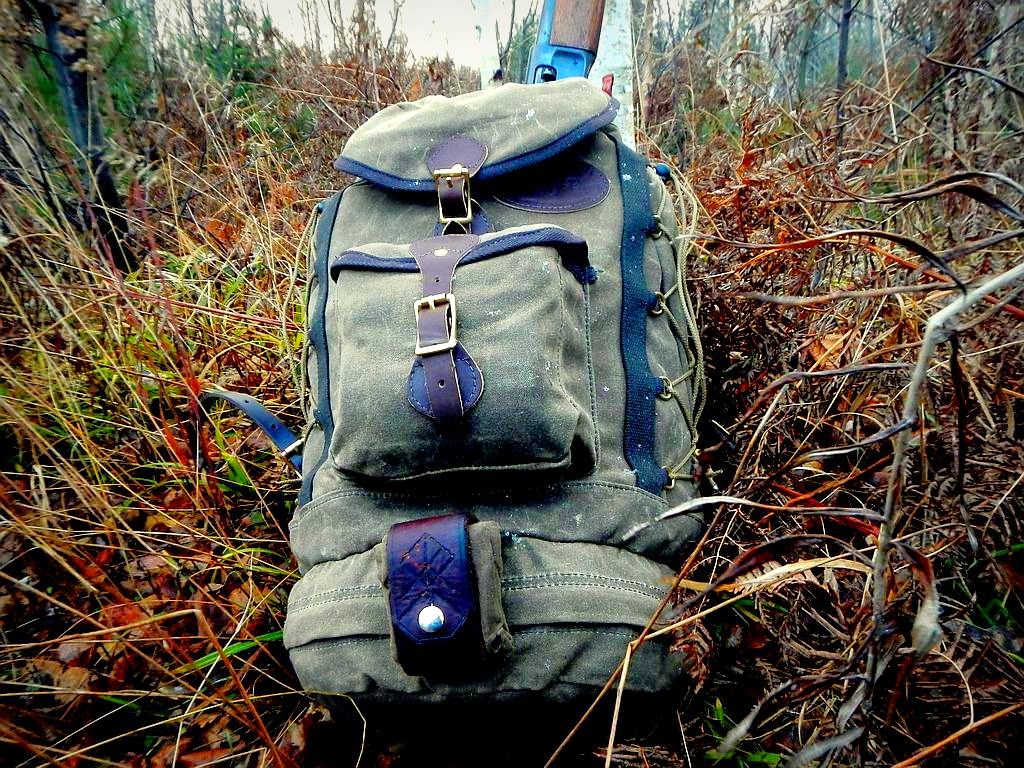 One of the things that I like most is the narrowness along with the length. Many of my other FR packs are wide, in fact a little too wide for woodsbummin' off trail. They can make it tough to slip twixt the trees in the not oft traveled places. The pack is longer than most as well, so it lays along the back from just below the shoulder to the lumbar region and as a result it sort of synches up to the back and rides right. Some of the other FR packs are too short in the torso for a frame-less pack and as a result can be somewhat uncomfortable if not packed perfectly and weight managed appropriately.

Once I got it home I loaded it up to seventeen pounds which is my personally preferred overnight weight and set off to see how the pack would ride on the three mile circuit. 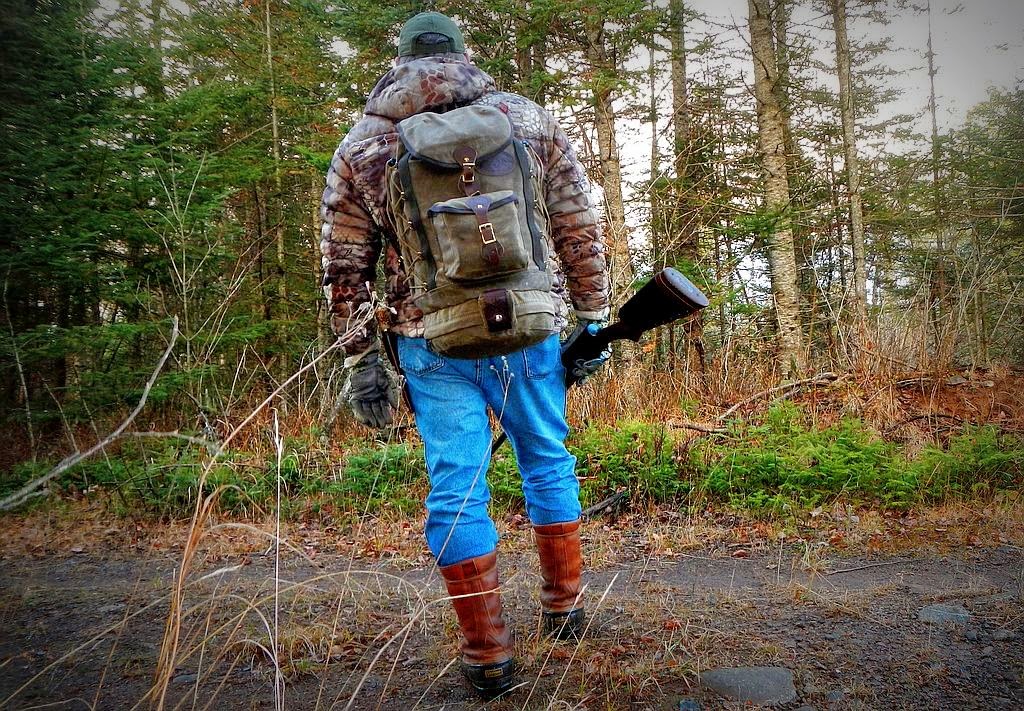 Old Man Winter was whispering on the wind, in another month he won't be whispering anymore. We didn't escape the 30s today, wind was pretty stiff out of the north west, with lows expected to be in the low to mid twenties. 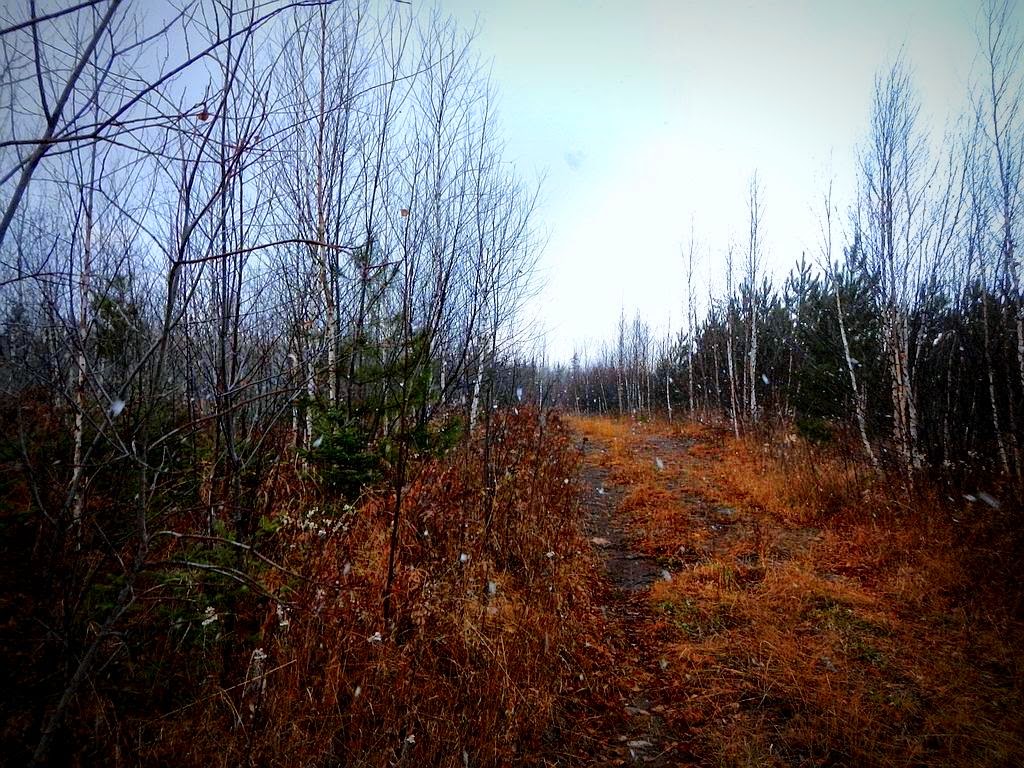 I was pleased at how the pack was riding, it doesn't have a waist belt and in my case I opted not to have the sternum strap installed. My intention for this pack is almost exclusively day tripping. While I'll load it out to support an overnight stay it will not be used for more than that. As a result I don't need the belt or the sternum strap. I found more than enough capacity for that type of load out and so far I'm quite pleased.

On the way back around a snowshoe hare broke cover at exactly the wrong time for him, I took him on the run with a single shot and thus made my supper! 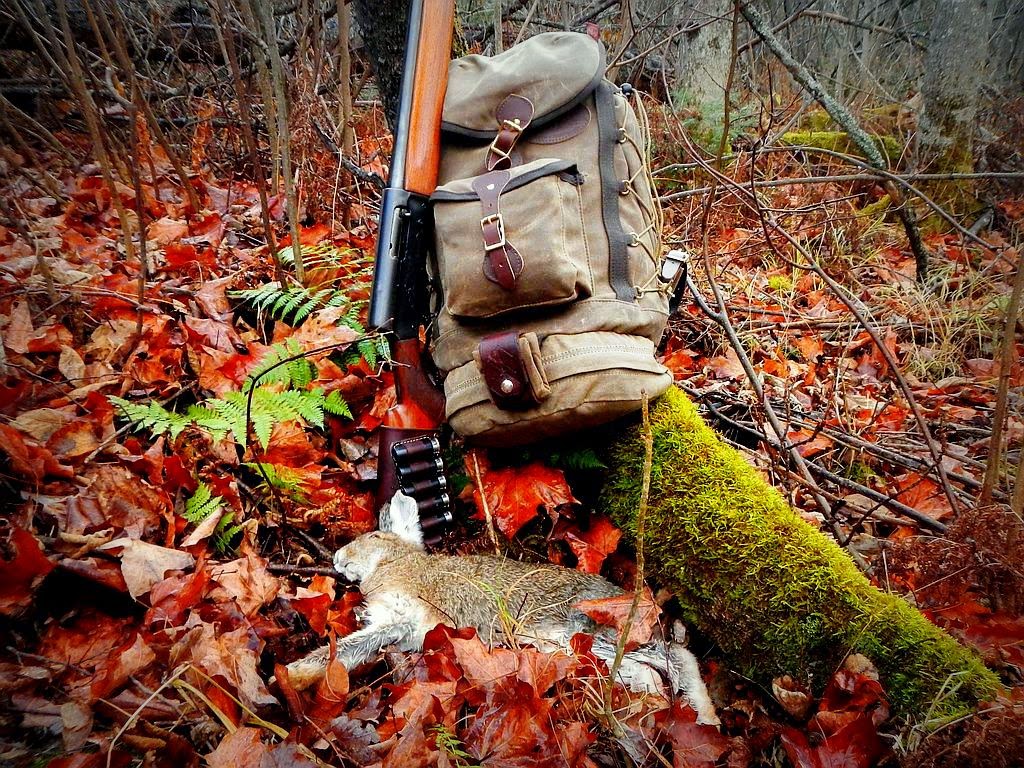 I'll use the pack as extensively as possible and share my evaluation in mid winter, so far there's nothing I don't like about it.
Posted by Cro at 20:59