The Unexpected Can Be Pleasant

I left the camp before dawn, a cold November wind rising, carrying ice and snow with it. It was the second to last day of rifle season and visions of bucks had stirred my fitful sleep the night prior. With a fresh tracking snow beneath my boots I felt good about the coming day as I quietly climbed the slope to the ridge top. Leaves rattled ominously in the trees as they clung to the limbs, a battle they would soon lose and be cast upon the wind.

This was our fourth day in deer camp, and my first year hunting alone, finally of age and mind that my Grandfather thought I was ready. My excitement and enthusiasm could not be deterred by weather or mountain, both intensifying the experience.

The rugged Appalachian Mountains spread out all about me, jutting stone, and old growth trees, steep and rugged terrain. This was wilderness and it sang within me as I put one foot in front of the other, climbing upward. Something had happened to me, like a siren's call I couldn't resist the urge to go farther, deeper into the unknown.  My lungs and cheeks burned, one from exertion the other from the bitter wind and frozen precipitation, I couldn't suppress the grin that grew across my face, a sense of freedom swelling in my chest.

The buck track was very large and very clear, the snow made this possible and the snow also told me it was fresh. The edges told me it was mere hours old at most. I scanned ahead, my eyes following the tracks into the Mountain Laurel, I followed quietly. The track dipped down the side of the mountain and then cut to the right, he was following the ridge but below the top, probably scent checking a line I had not seen.

With heart swelling excitement of a young man on his first buck I followed. I lost track of time and space as my imagination took their place. Hours later I caught my first glimpse of him, as he stood looking back in my direction. I saw antlers and little else, more than one hundred yards from me I tried to make out the mass of points and couldn't. His chest was obscured from me and no shot possible, I watched and waited. He moved I moved, heart pounding, adrenalin pumping, still no shot. We played this cat and mouse game for a period of indeterminate time. I wasn't paying attention to direction, weather, or the sun that hid behind steel grey skies. I simply followed, my instincts pitted to his, the razors edge of predator and prey relationship, a story from before written history, nothing existed but him and me.

When I finally came to my senses, in the waning light, I was far from anywhere and I was startled. My mind raced as I realized I had made a multitude of errors. Far from camp which was in an unknown direction, light was failing and snow was falling, I had little to no resources and not a good plan on what to do. It didn't take long for me to forget the buck; I was in a dangerous predicament.

I had a match safe of matches, my rifle, a paper sack with a peanut butter sandwich and an apple in it. As the darkness drew about me I knew I would not walk my way back before night engulfed me. The rate that the snow was falling I wasn't sure I'd be able to follow my own tracks and I'd walked all day long to get to where I was, no, returning to camp wasn't going to happen.

I looked about, spied an old monarch of a spruce tree. I gathered some dry twigs and sticks and managed to get a fire going after several attempts. The warming glow was soothing and the icy grip of fear and uncertainty loosened. I kept adding fuel, the fire growing larger; I warmed and dried out completely. Long into the night I continued to gather more wood until I had a generous pile.  I noticed that I was clumsy, dragging my feet, tired and without energy. I consumed the sandwich and the apple, I ate snow in an attempt to quench my thirst, and I was not successful.

That was twenty eight years ago this coming winter, in a place very far from where I now make my home. It was a hard learned lesson and one I will never forget, I didn't lose any toes or fingers and while my pride took a heck of a shot I lived through it. Some of the greatest lessons I've learned have come the hard way and this was certainly one of them.

It isn't uncommon these days for me to strike out during hunting season or even during scouting seasons from a base camp with no intention of coming back that day. I've gained some wisdom and found some pieces of kit that make this sort of event far more comfortable, even enjoyable.

Those four things can make the difference between comfortable and miserable and all of them can be addressed in a small kit with nominal weight.

Shelter can come in the form of a space blanket, a bivy shelter, or a tarp. I’ve found that a combination of two of these is ideal. An ultra light tarp with a ultra light bivy gives you the best of both worlds, dry and warm as well as protection from insects. In my case I use a UL 10x7 Multicam Tarp from Buschcraft Outfitters over a six ounce bivy with bug screen from Titanium Goat. Between these two products I have a combined weight of approximately eighteen ounces; small in pack size yet delivers seventy square foot of coverage and protection from insects. 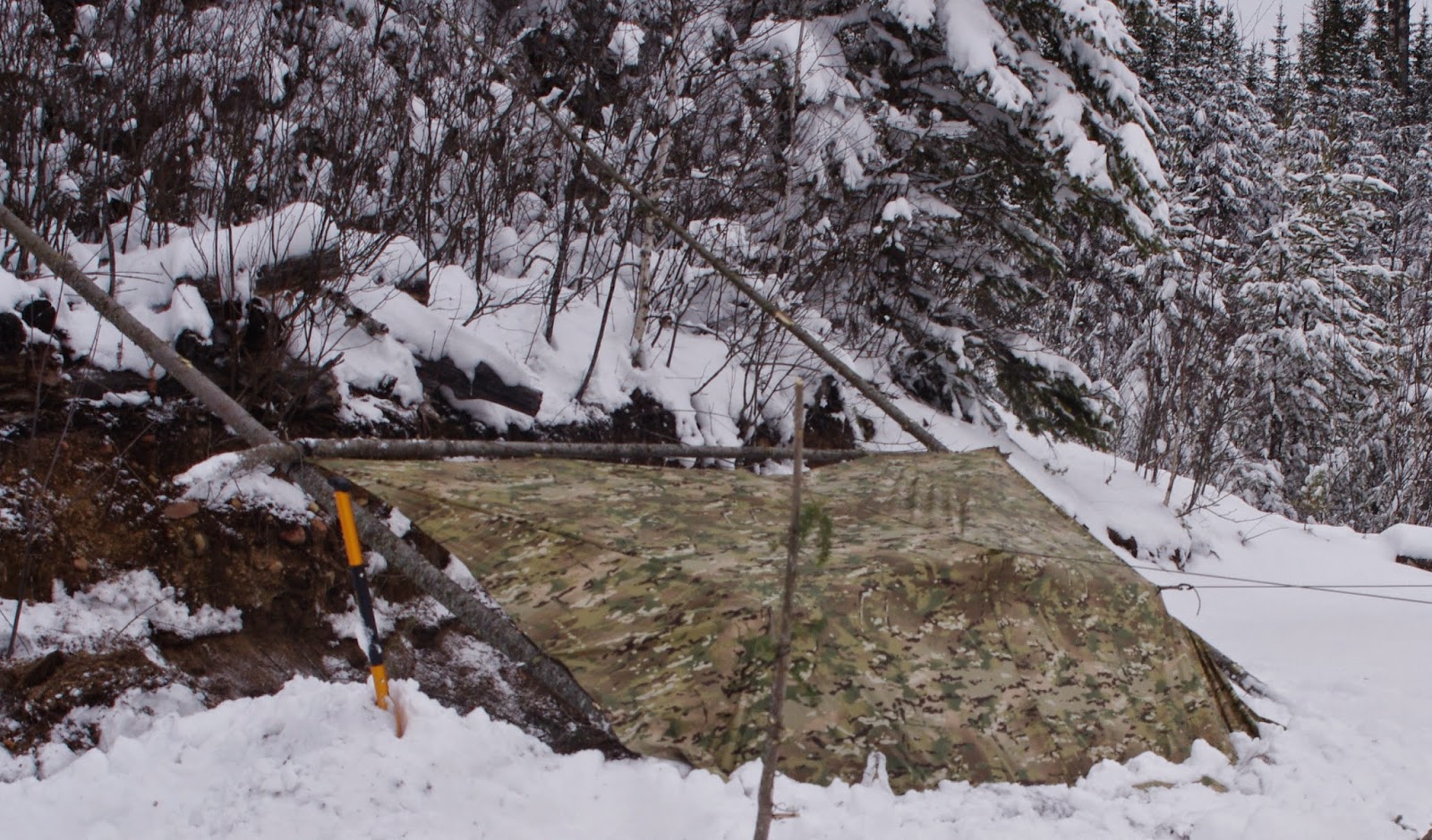 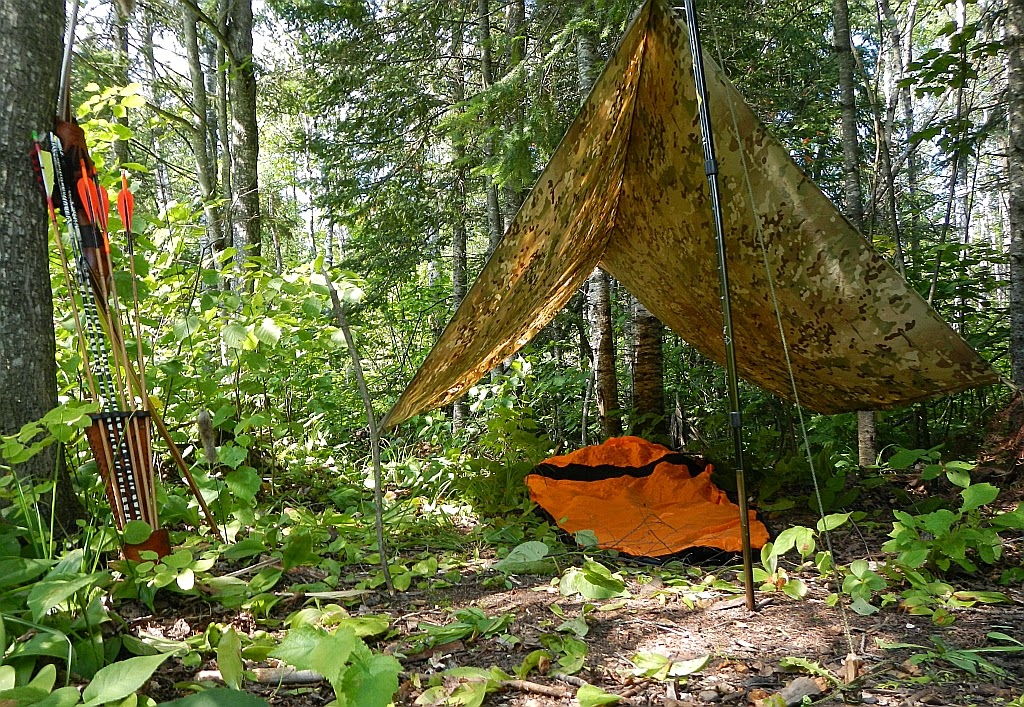 Having multiple ways to start a fire is a good thing, it doesn’t hurt to have the skills to build fires without a lighter or matches but for our purposes we want fire as fast as possible with the most reliable means available. To this end I carry three means, a lighter, matches, and a ferro rod. One of them is going to work.

There are several types of lighters out there; the most common is likely the Bic version. I’ve got these in my kit but I have had them not work. I’ve also dropped and lost a few as well. Matches are great, use a waterproof container to keep them safe, the Hurricane matches are my choice. As far as a ferro rod goes you can purchase them in blanks or as complete and they are available from a multitude of sources. I prefer the blanks and to make my own. 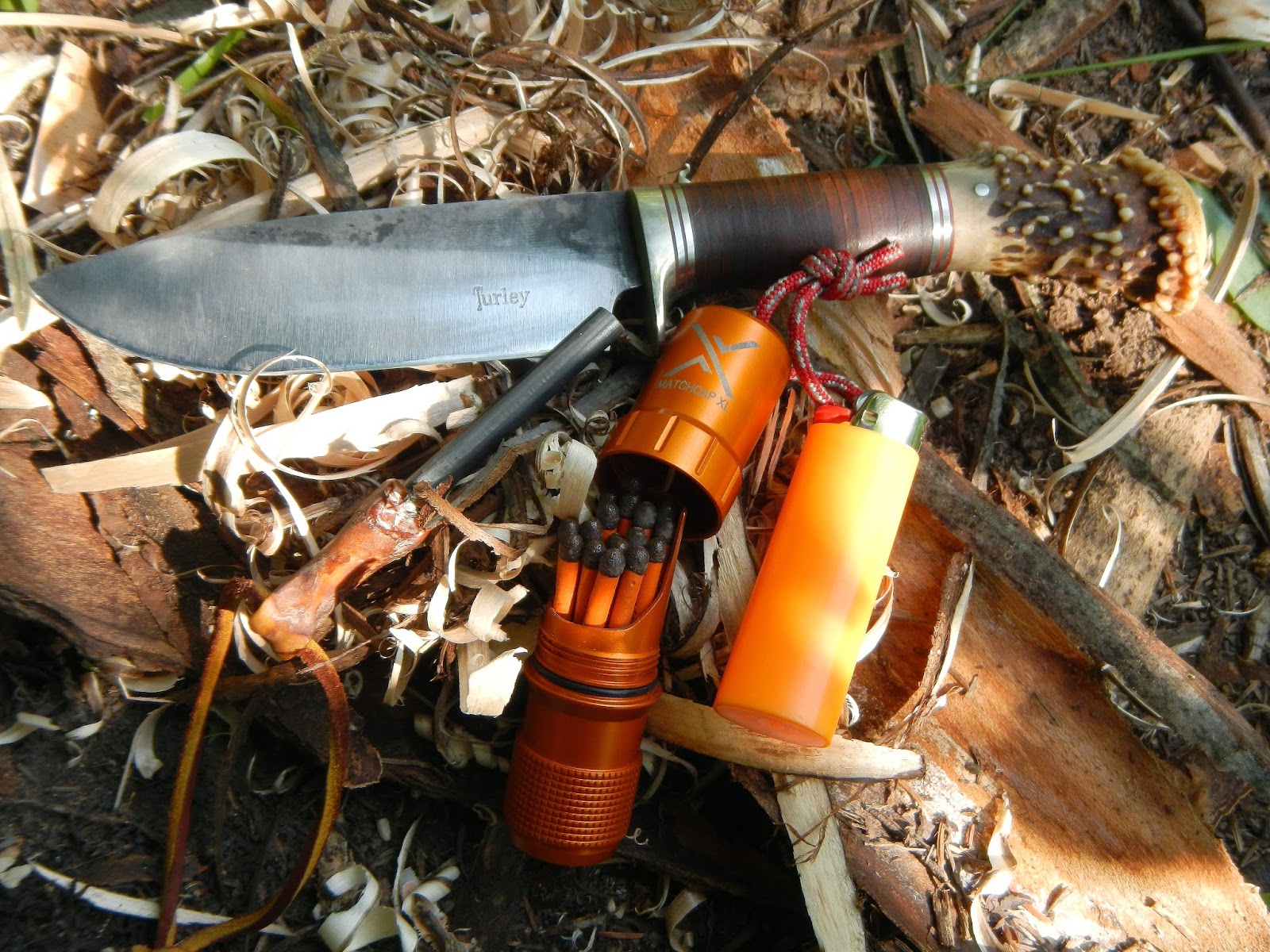 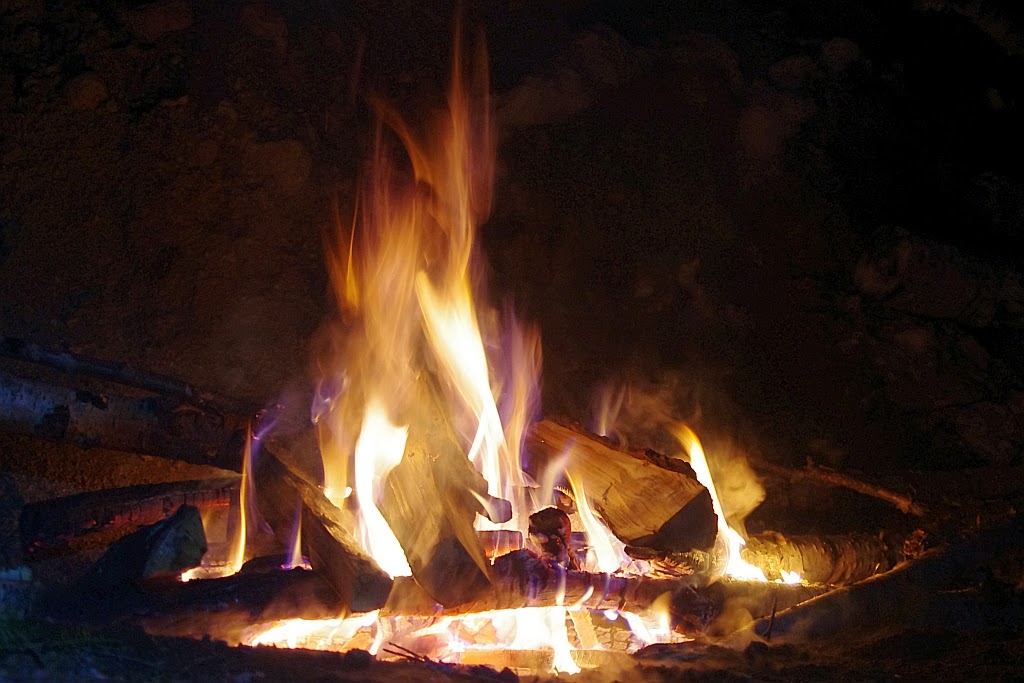 Likely the single heaviest thing one carries, water simply doesn’t come in an ultra light form, but what you carry it in does. From bladders to canteens and water bottles, there are a number of ways to carry it. I prefer to use a Titanium cup and canteen set up because it also doubles as my cook kit, it gives me the ability to boil water on the spot and not carry other pieces of kit. The 37oz Titanium Canteen and cup is available from Heavy Cover Inc. There are other options available but for me having this all in one capability is the best solution in my case. 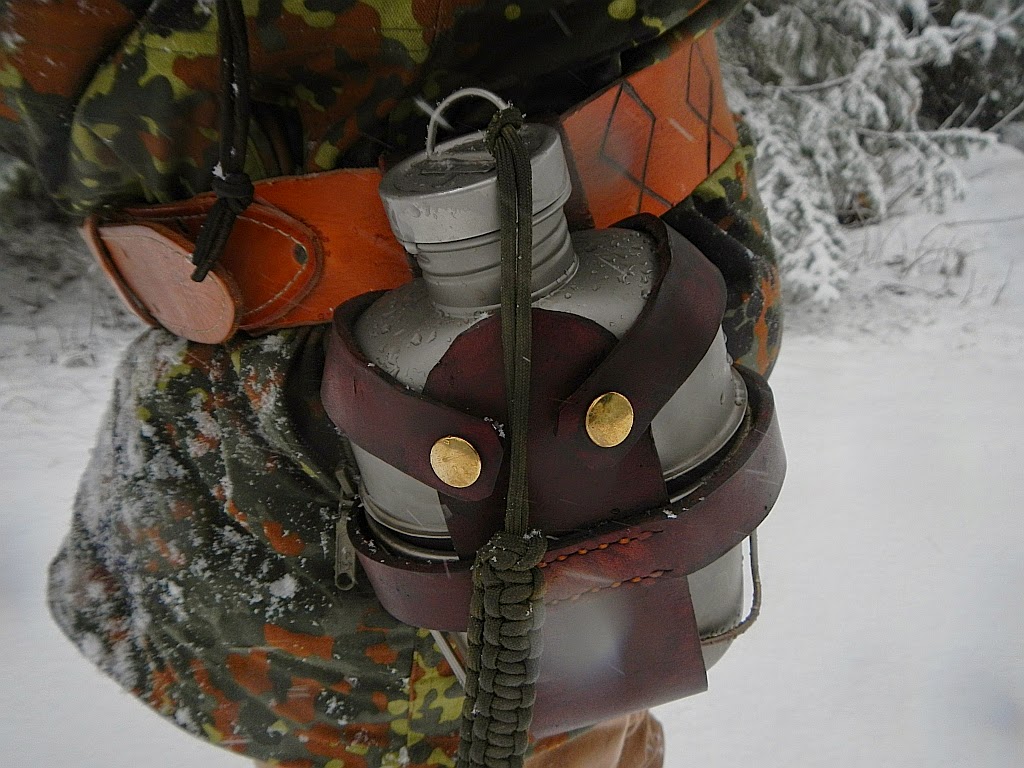 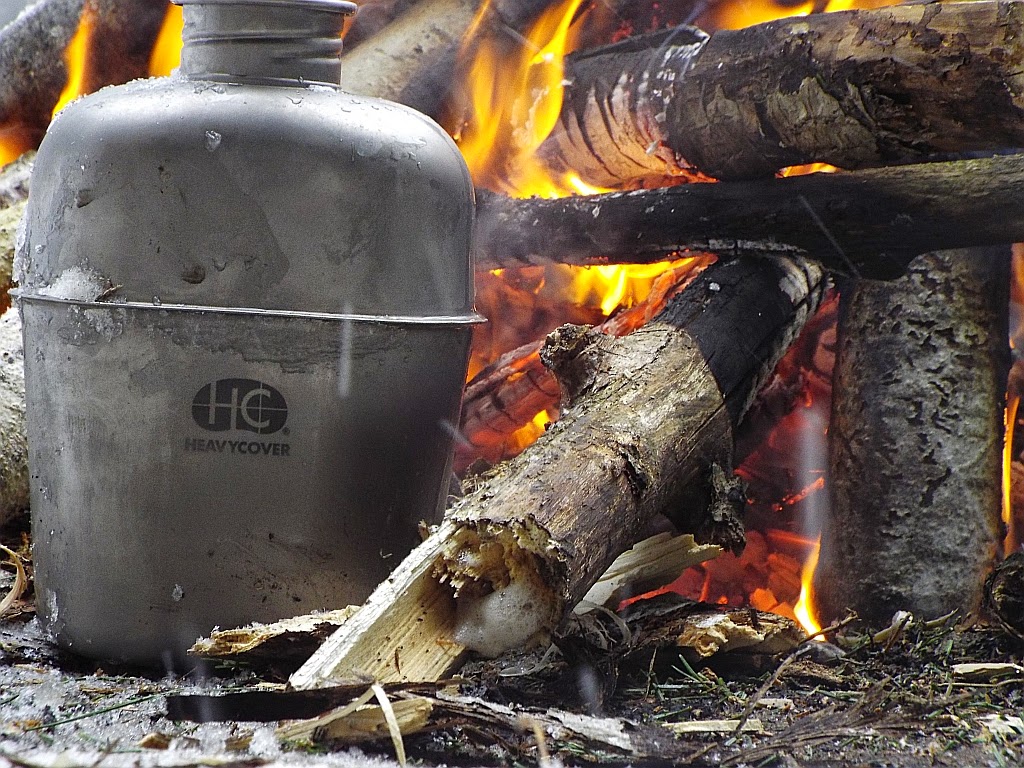 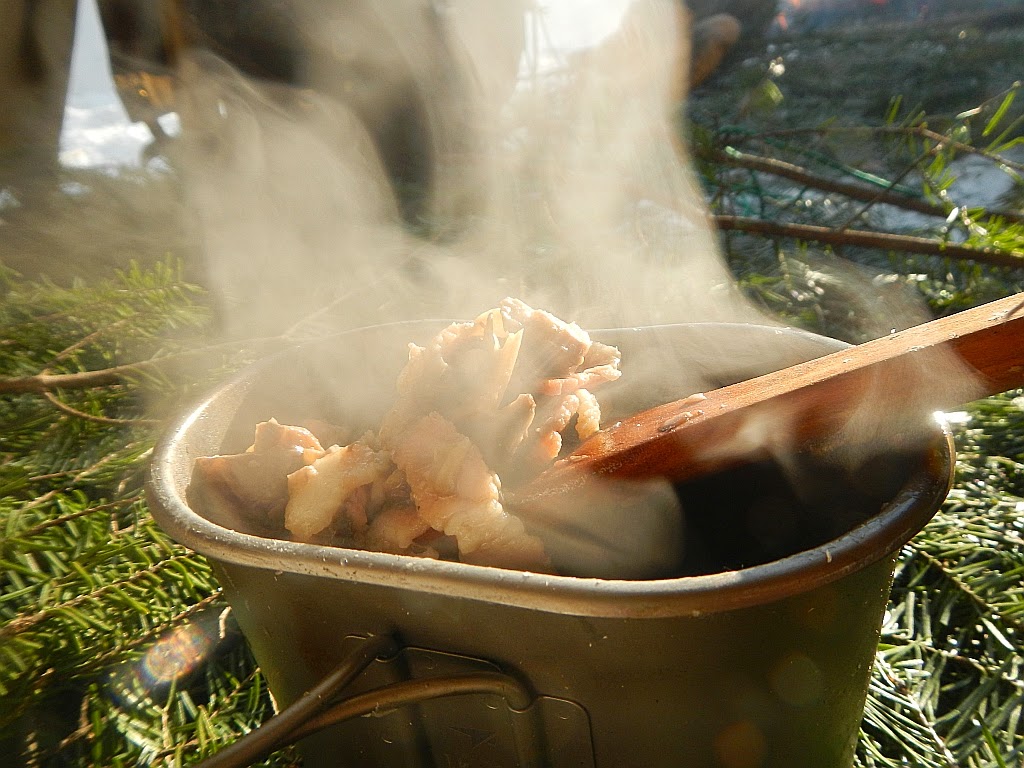 Often over looked or compensated for, we all know we’re not going to starve to death in twenty four or forty eight hours but we often lose sight of the fact that without caloric energy we become sloppy and clumsy, uncoordinated and our cognitive reasoning can be impacted. Our bodies are used to operating on a certain amount of calories, remove them and introduce heavy physical activity and it doesn’t take long to feel and experience the impact. I have a simple rule for energy carried; one ounce must equal one hundred calories. Usually the best way to accomplish this is through the various energy bars that are available. I like Cliff Bars, White Chocolate Macadamia Nut, 2.4 ounces and 260 calories. 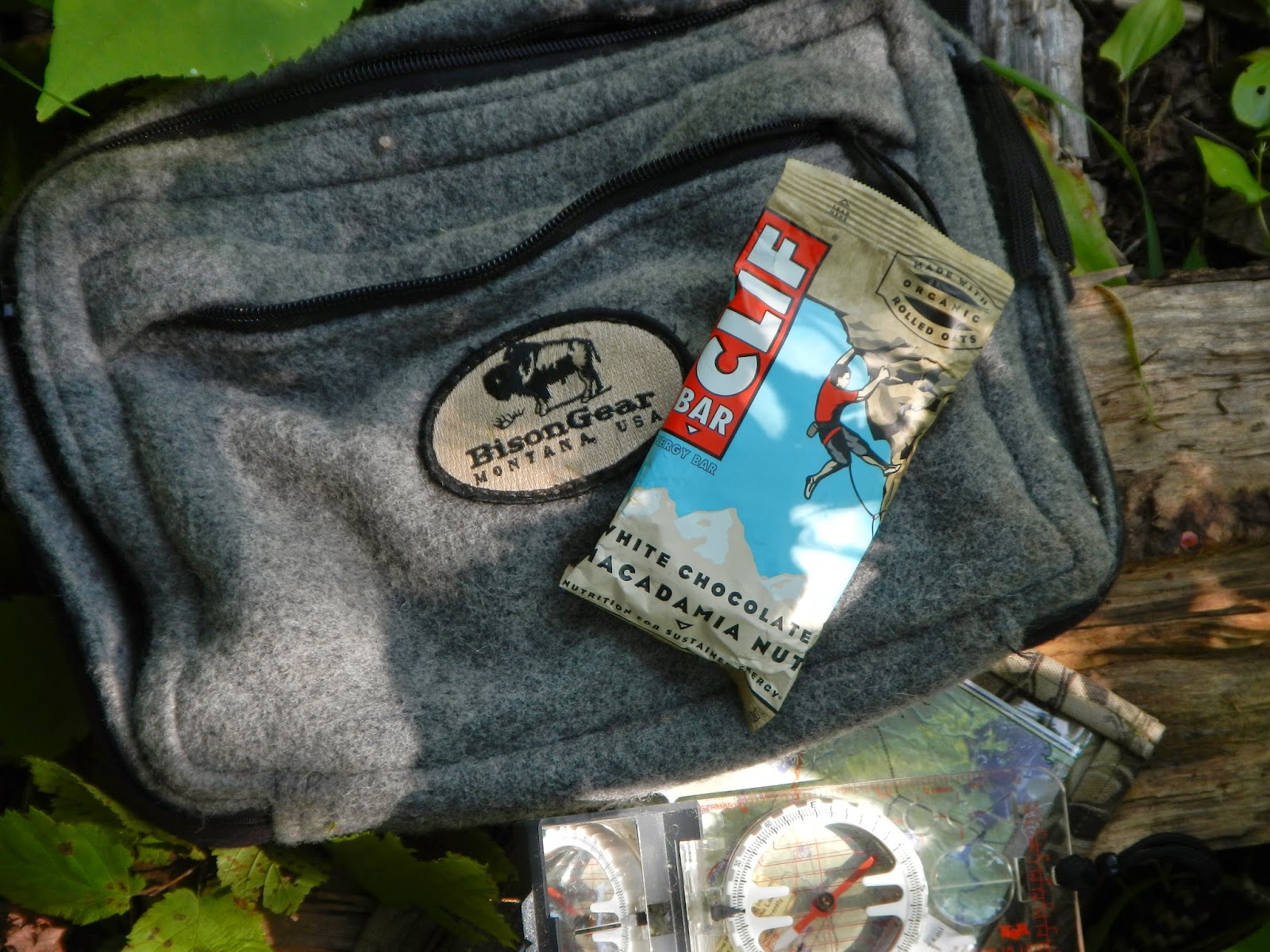 Much of this stuff can be carried in a cargo pocket. I’ve found however that I much prefer a chest pack for the task. These carry my binoculars as well as these necessities and navigation tools. There are several offerings on the market but the two I have found I like the most are the Kit Bag from Hill People Gear and the Chest Pack from BisonGear. They’re nigh unto perfect for this application. 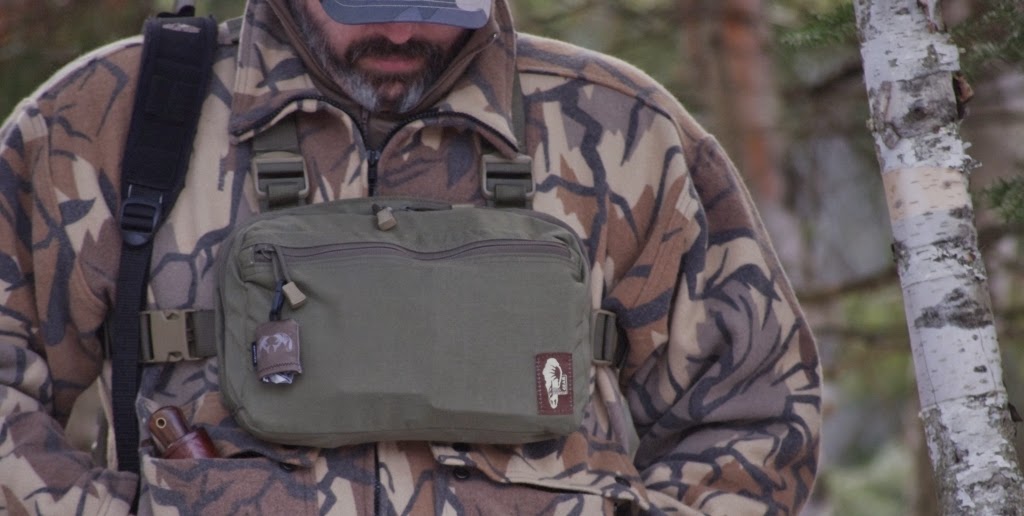 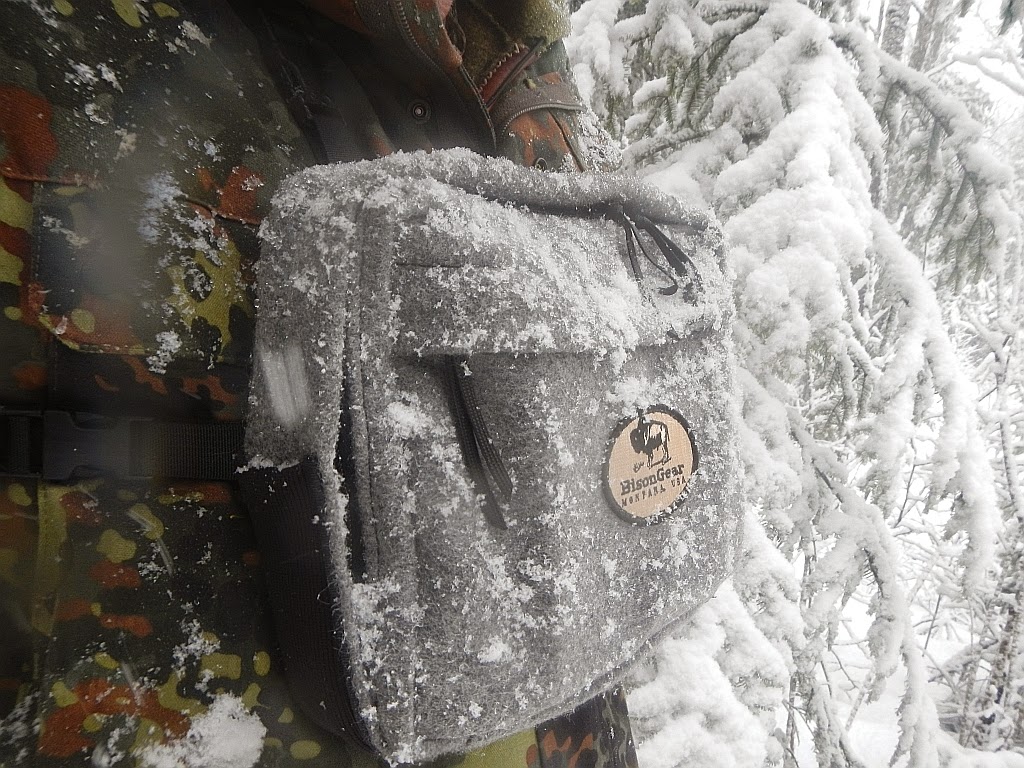 A 1500 word article simply isn’t the right place to introduce First Aid Kits and general skills related to wilderness survival. I have found an incredible resource in the members and knowledge base at www.bushcraftusa.com, a great community with a wealth of knowledge. If you’re spending the night away from camp either expected or unexpected you can carry at little cost in weight, piece of mind and comfort that will turn the night into an enjoyable experience.