Here's the first video, finally finished the upload this morning.

Since I'll be shipping this out to get it to redmec on or about 9/9 I have a little more time with it and will do another TR prior to shipping.

Before taking the knife afield I did watch this video that Iz did on the 28 some time ago.


The video is both a collection of stills as well as some live action work with the knife. I was very surprised at how well it handled. As Iz mentioned in his video the biggest challenge to baton work is the relatively short blade, however I was able to work with it by selecting the right diameter material.


I did on several occasions choke up on the blade, using the choil. I found that making shavings was very productive by choking up and using a two finger pinch on the tip. You'll see the results of that in the video as I sat in a rainy camp and did fire prep for the following morning's fire. Shavings are possible without this technique but I found it more productive to use it. 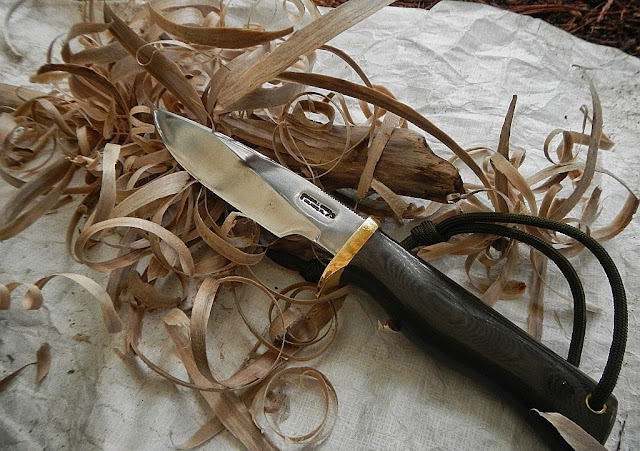 I'm usually not a fan of this hard of a steel, or stainless for that matter but once I laid a really good edge on it I actually really like it! The stainless was also handy because it rained all three days and normally any of my other 1095s, 01s etc would all have rust spots forming on them, especially in a wet leather sheath. The 28 is still spotless and completely rust free.

After doing the baton work on the pine there were a few spots from the sap as some of it wasn't completely dry, these rubbed out with relative ease. 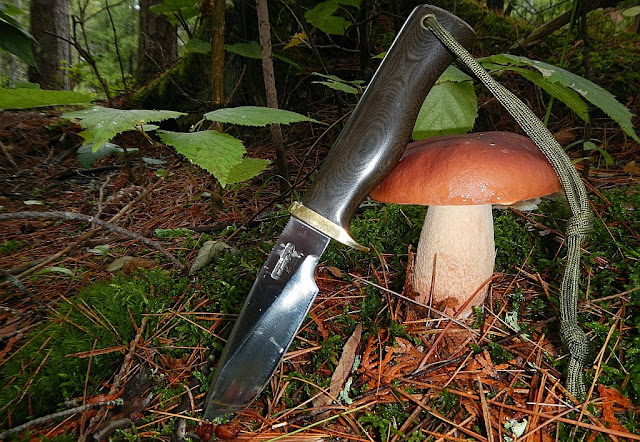 Speaking of baton work, since everything was absolutely soaking wet every fire had to be a splitwood fire. As stated the only challenge was blade length. When you combine this knife with a Bahco type folding saw you have a very competent pair for wood processing. After a couple sessions I became more confident in this little blade, I wouldn't hesitate to bet on this knife! 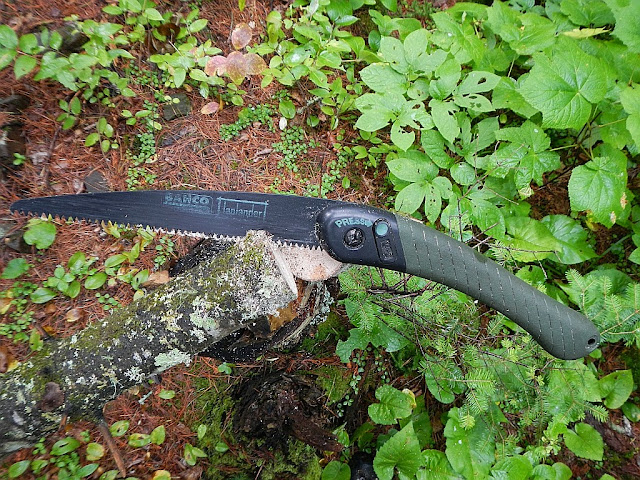 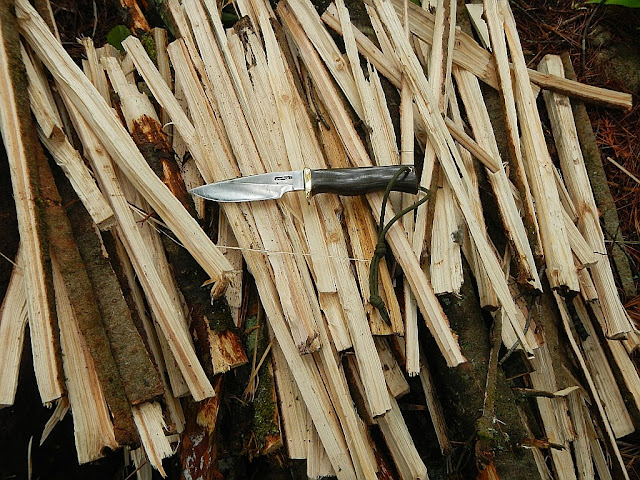 The knife is not good for firesteel use, no squared spine and the jimping will really rip a steel to pieces. For that reason I wouldn't plan on using it with a typical ferrocerium rod. Happily that wasn't necessary since the H60 accompanied the knife.

I have a H60 of my own and have used it prior quite a bit. I passed it along to second son and he uses it all the time now. The only reason I did that was because of its size and weight relative to my preferred smaller rod. Because 2 out of 5 trees in my AO are birch I have more than ample supply of birch bark and thus don't need the paduk on the H60. I also have the handle-less version of the H60 as a result. The video shows two fire making sessions with the H60 and I was really happy to have that tool along. It was so wet even birch bark didn't want to burn easily and the H60 made it a little easier to get fire going. The paduk shavings combined with some magnesium shavings was the cat's meow when it came to getting flame hot enough to ignite the fire prep. 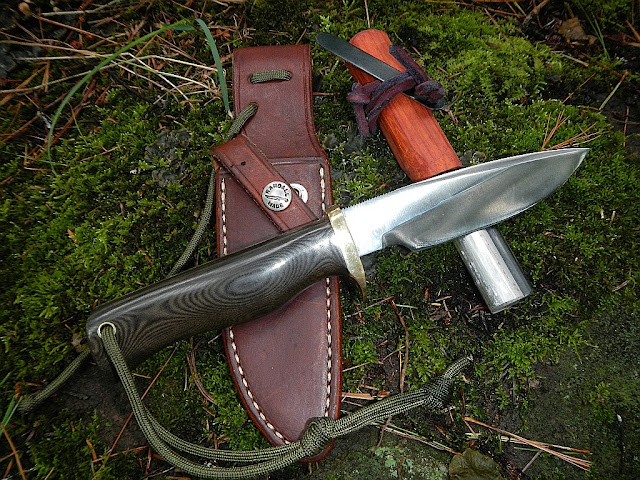 There will be another couple posts including one more TR before my ship out date.

I've always been intrigued by the Randall Made knives but never got to spend good quality time with one. Of them all the 28 is the one that intrigued me the most and now having laid hands on one I am incredibly impressed by it. Quite comfortable to use and once a really nice edge was on it performed quite well, and held that edge through some pretty serious use. It came to me fairly sharp but not sharp like I like sharp. It took some time to get what I wanted but once I got it I was absolutely thrilled with the cutting prowess.

thom, thanks again for the chance to play with this fine knife!