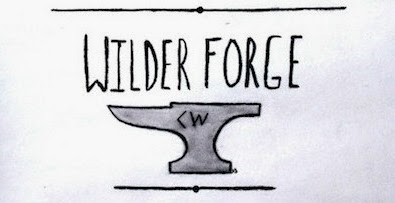 Back in the later part of May I got my hands on a knife from Wilder Forge.

For those who don't know Chase (Nolan) Wilder is a seventeen year old smith who lives and works in Michigan. He's been forging since he was thirteen. You can catch up on him at his website or in the forums at bushcraftusa.com as he recently became a vendor there. Click here for his website.

He sent me a trade style bushcraft knife to try out. We agreed at the time that I would not keep the knife but would instead do a GAW in the BCUSA forums once I was done playing with it.

That time has come.

Be a BCUSA supporter and reply in this thread with I'M IN, you must be 18 and it must be legal for you to own the knife.

I will run this thread and include updates of my thoughts and images of the knife in use since late May. On August 1st I will close it up and use random number to generate the winner from the post numbers.

Out of the package

It's a trade style knife and in that regard it's not a perfectly finished super fine knife. It's a user plain and simple trade style. When I got it I fiddled with the edge for a little bit and did the things I do to pretty much every knife I've ever ended up with. The sheath as well is simple yet durable. The fit is not super snug, if you upend it in the sheath it will likely slip free.

On to the use!

After bringing the edge to my muster I like to make fire! It's simple and probably is the bulk use I have for a woods knife. Wood processing and fire building. 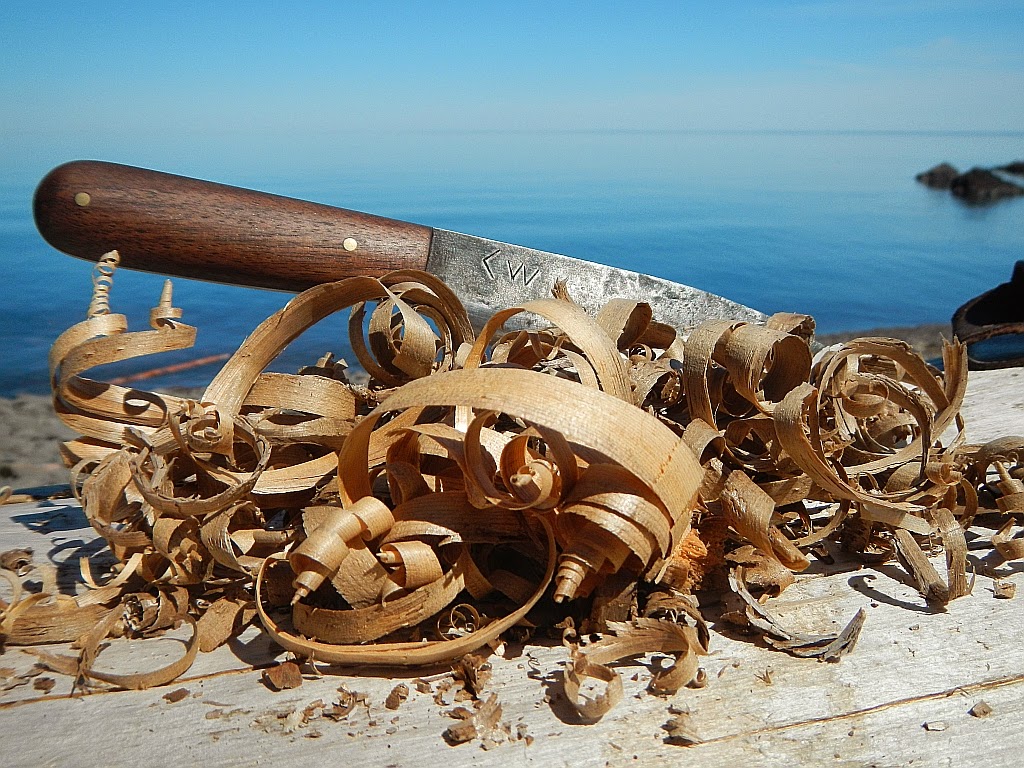 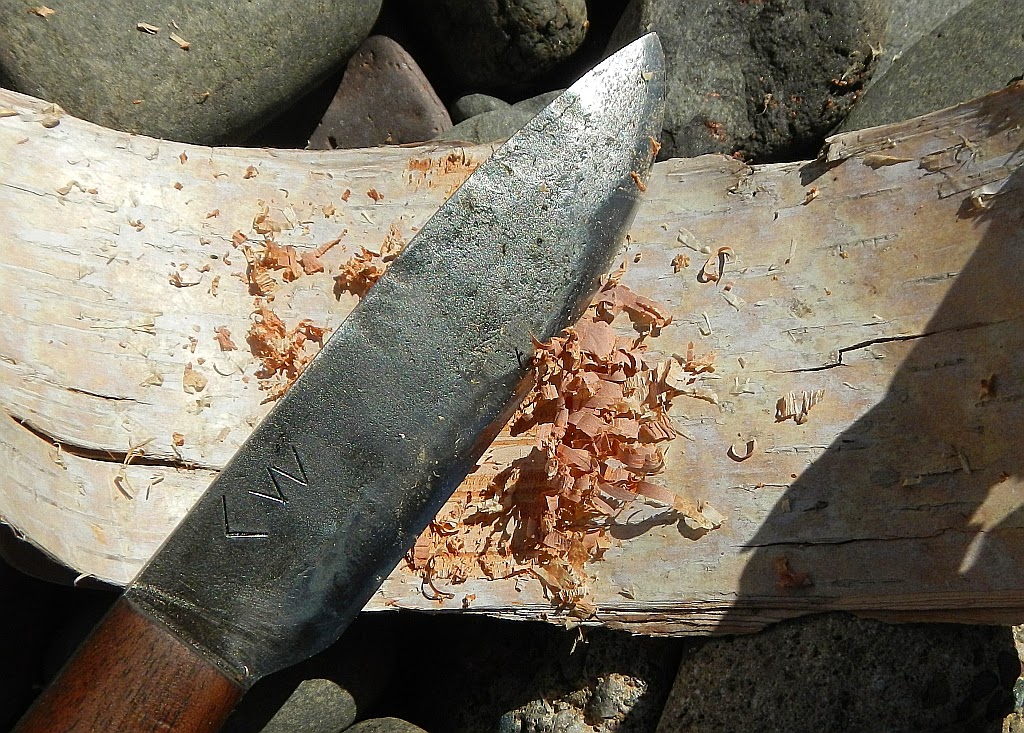 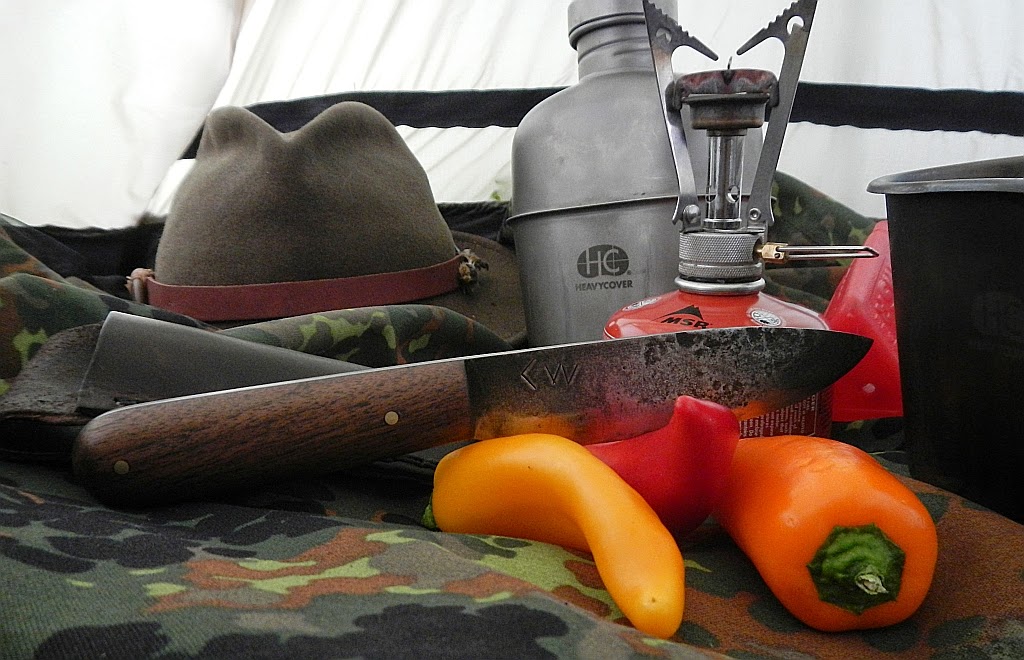 I'll post more information and pics between now and the 8/1 close up.