Integrity, or the lack there of...Updated

The comments to this post, some of them, contain rather rough language and age inappropriate content. I will not however delete them, I will not be accused of editing people or their statements. You have been properly warned.


What a sad bit of business and an open advertisement of dishonesty and lack of integrity, not to mention a lack of reading comprehension.

The old saying that readers are leaders is absolutely true. When folks take another persons word for something they are placing trust in that other person and sometimes that trust is not warranted, it would behoove people in general to 'find out for themselves' to not accept completely what they are sometimes told, trust, but verify applies.

So for those who give a damn about integrity start here; Bushcraft USA Trademarks the word Bushcraft.

For those who don't know it would be hard to lay it out because it goes back a couple years. At its root it comes to egos and measuring sticks and conclusions not accepted because they're founded on opinion and incorrect assumptions based on flawed process and inapplicable 'scientific' processes. Add to that some disgruntled people who's products were not heavily sought after within the vendor section at BCUSA feeling like there was a conspiracy to keep their sales volume down, which is utter bullshit.

Suffice it to say a four year old having a tantrum because he was scolded or denied something is the equivalent.

Read the entirety of the link I posted and actually read it. Do your own research form your own conclusions but realize the truth is there, sometimes it takes some diligence to get to it.

At the end of the day people do some stupid things, they do some low down dirty things, more often than not this comes from their own lack of integrity, their inability to accept criticism, or the pointing out of their lack of knowledge or experience or both. What is shameful is that this mess happens, that something as enjoyable and clean as bushcraft or woodsmanship has this type of behavior in it.

So make up your own minds, don't take any one's word for it, research it yourself if it matters to you.

My affiliation with BCUSA is as a member and nothing more, I've seen incredible acts of generosity, and I've seen accountability. Fakes don't last, liars last half that, words without actions are empty and trying to sell yourself as an expert in something without the actual experience results in busted egos.

Incidentally that also exists somewhere else, it's called LIFE. The problems come when people who espouse themselves to be something they are not; and while the life expectancy of such a persons integrity and respectability can be prolonged in the digital cyberspace of un-verifiability they're still losers in the real world and they'll have a habit of being losers with a string of failures at all manner of levels in their past.

Unless you are versed in Trademark Law you should get educated before making a decision.

Just in case there was some confusion look closely at the images below from 2012.

What do you see? The TM symbol of course. It's been there for years without so much as a hiccup from the Bushcraft community. It's BEEN there and nothing came of it for years.

What has transpired? BCUSA founders established the TM to protect themselves from what they are now being accused of doing.  As a wise fellow said;

Hate to see so many people getting sand in their pants before they stop to think, and then consider that this was done two years ago ! Only reason it came up now is someone started trying to to the EXACT same thing, and found out they could not, so they started an online smear campaign.

Where was the uproar two years ago? When these knives were made? When the TM appeared on the header at BCUSA?

It is as simple as this;

Someone wanted to trademark bushcraft for their own enterprise, found out it isn't available and pitched a hissy fit. What you are seeing is the result of crying because they didn't get it first.

I would call that good strategy on our part. -Guy 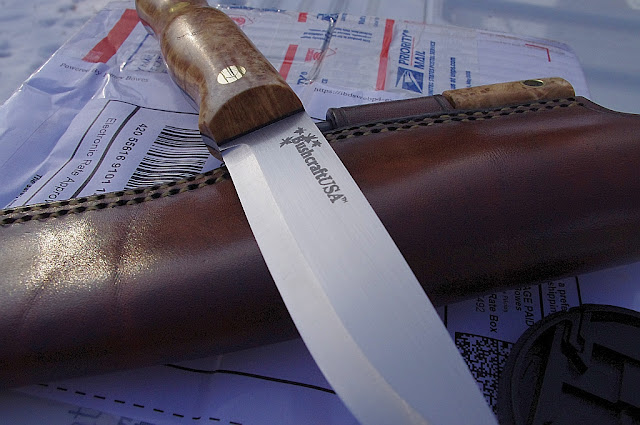 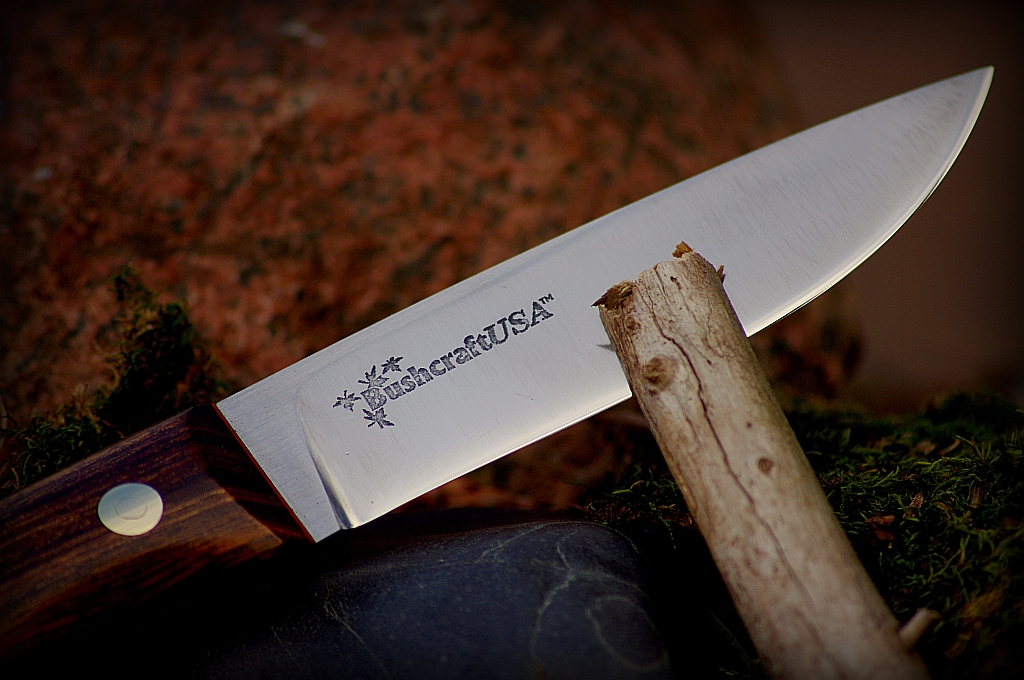 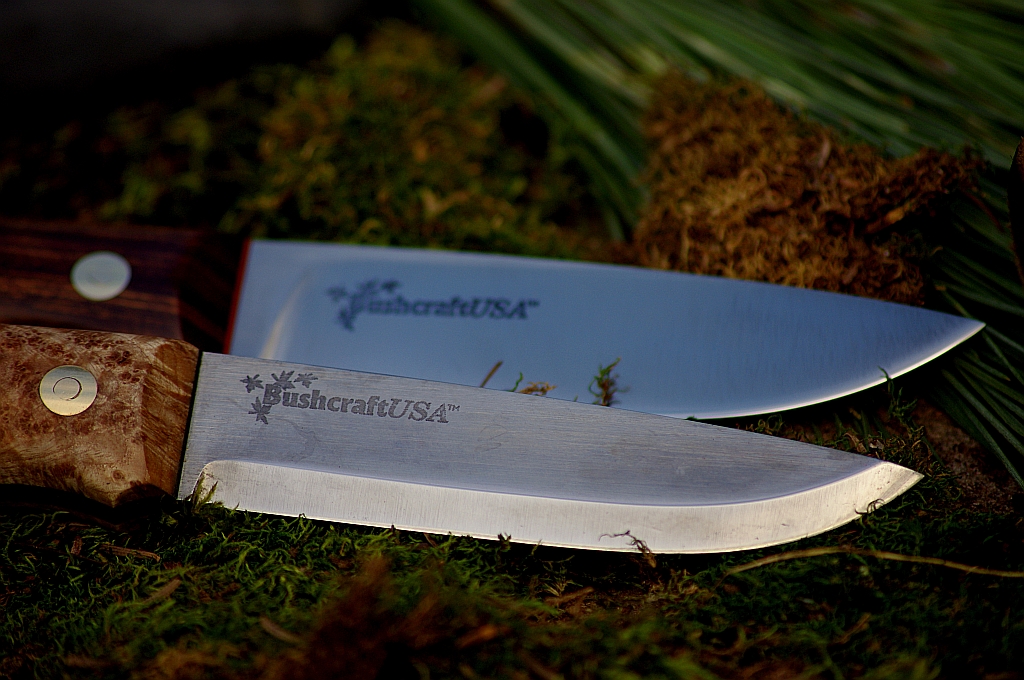 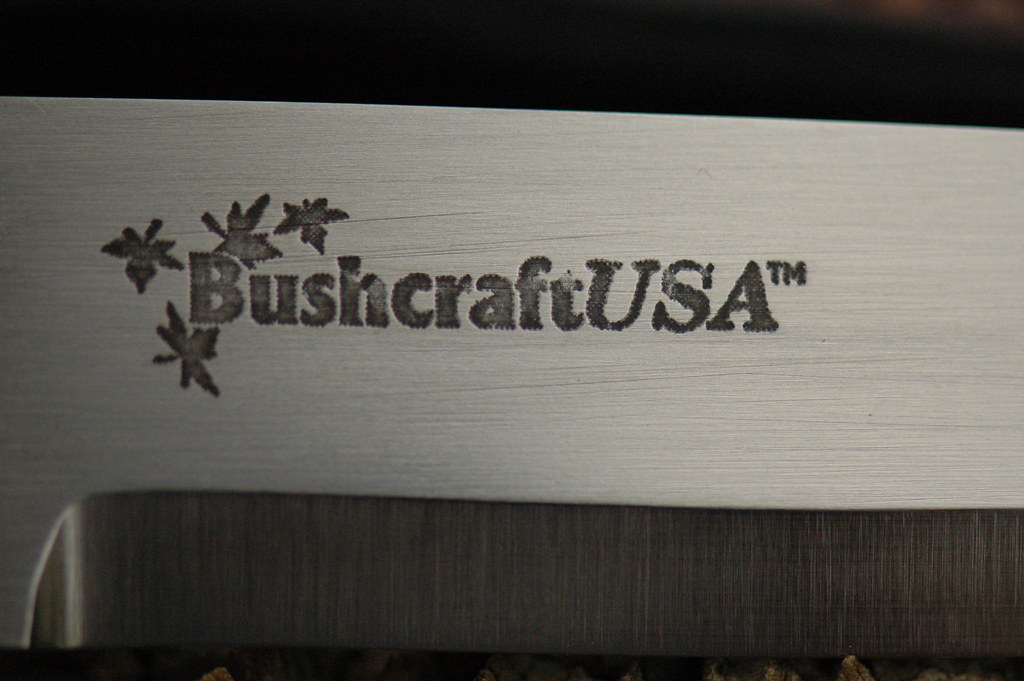