Not long ago Terry (Monkey Stomp Gear Reviews) did a review of the Ti canteen offered by Heavy Cover. I knew I wanted one but hemmed an hawed about it for a couple weeks. Finally I made the decision and placed an order for the Titanium canteen.

Then I got a phone call the next day, caller ID popped up as a local number but I didn't recognize the name. Turns out it was Chris, owner of Heavy Cover. We're almost neighbors! He lives in the town closest to me and after getting the order realized he'd be shipping quite locally, so he did some back tracking and found Frostborne Publications and ran down the blog.

Long story short he called me and wanted to know if I'd like to meet, sure beats paying shipping right, not to mention I wanted to meet him anyway.

We met today and talked about a range of topics not the least of which was Bushcraft and gettin out in general. We're planning a couple outings, looks like there's going to be more than me in some videos, man I am stoked!

So thanks Terry, not only for the product review, I'd never even heard of them till you did it, but also in a round about way I got introduced to a good dude right here in my neck of the woods!


How awesome is that?

When I analyzed it I realized I'd paid well over the asking price for one of these each year for the past three years in various other pots and bottles, never really liking them as the final solution. Annually I was spending more on cook gear than the cost of one of these and I'd done it for three years! It took a minute for that to sink in.

It's too soon to do any kind of proper Grouchy thoughts on the matter but it's off to a good start. Will definitely be 'burning it in' this weekend. 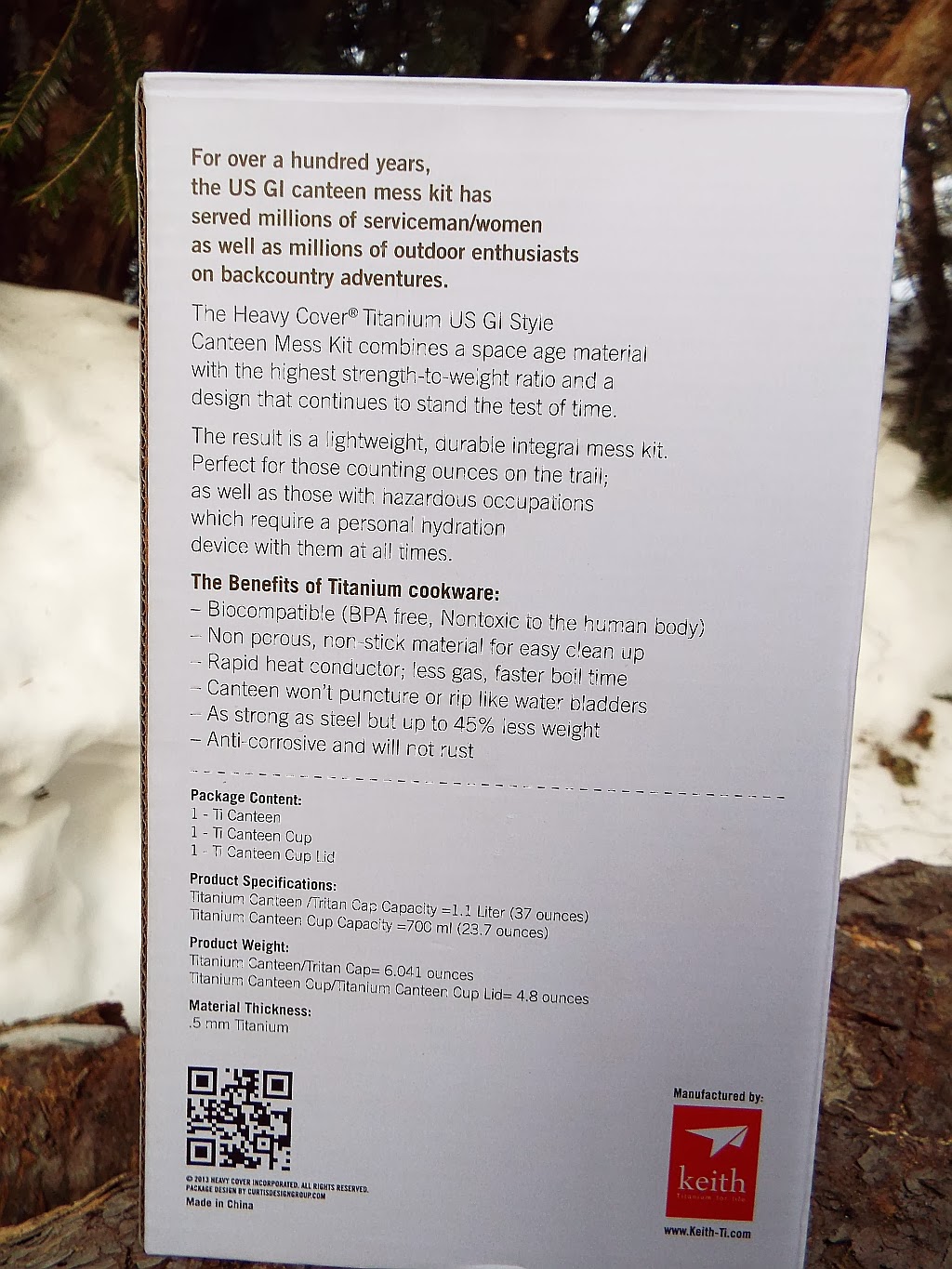 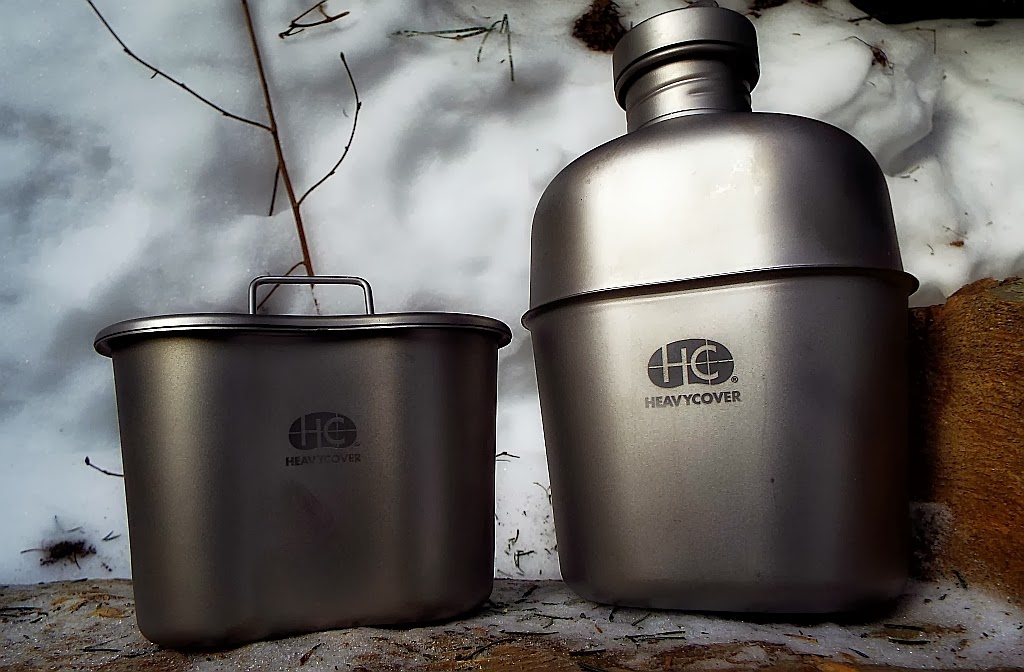 I can't get over how light it is. The Ti canteen, cup, lid all weigh less than the single standard stainless steel cup by itself. 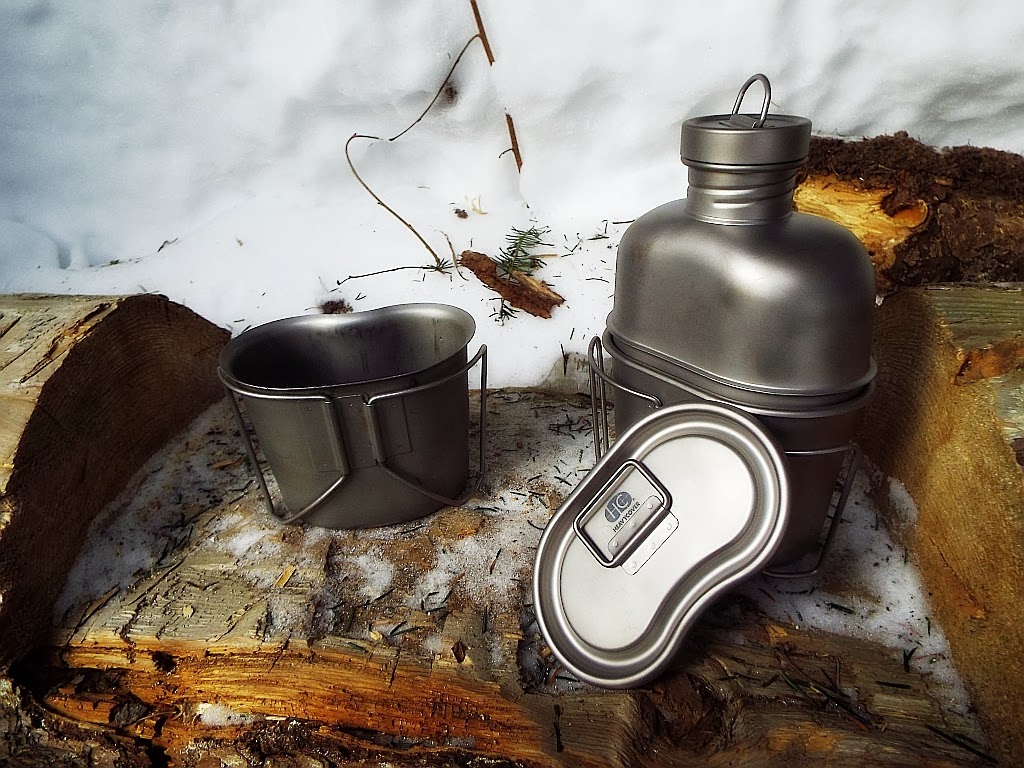 You'll be seeing more of this in the near future! 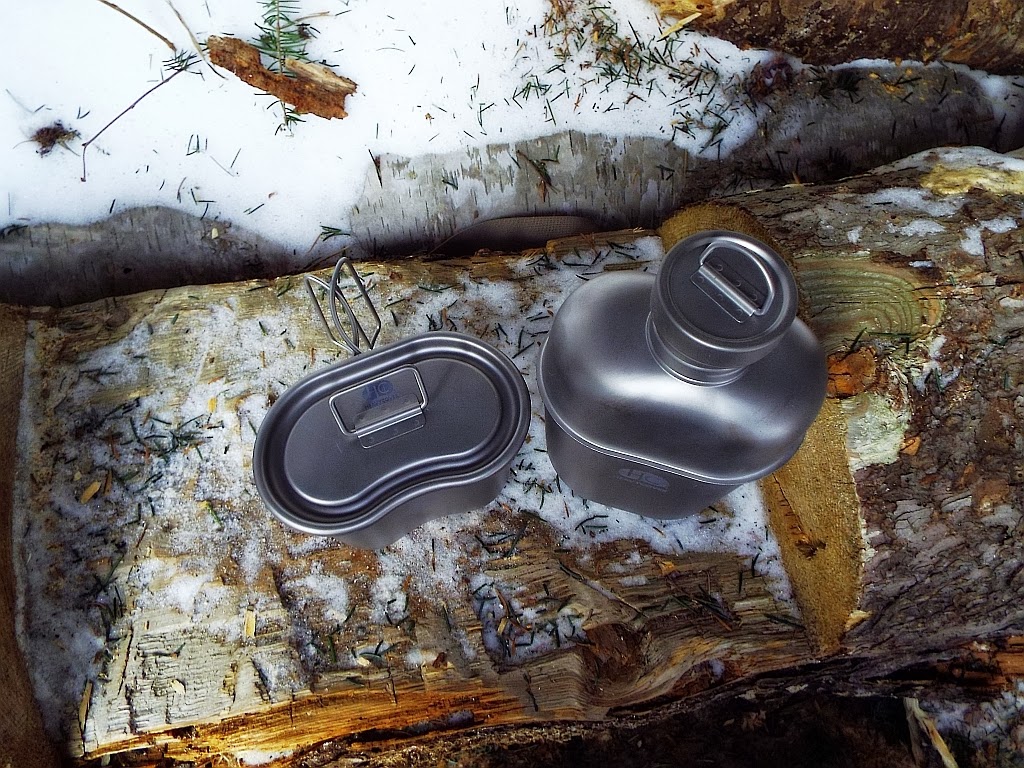