The Fast & The Forager

I snuck out late this afternoon, yes, I used the word 'snuck' which apparently isn't a word, at least according to Blogger's spell check. Bleh, 'snuck' has been in this southern man living in the north wood's lexicon for as long as I can remember, and there it will remain. So with the short hand drifting past the four o'clock mark I grabbed the youngest boy and out the door I went.

Two, well three things had me itchin to go. One is our raspberries are exploding off the bushes, that's in and of itself is plenty reason enough, but also because I wanted to use a new foraging bag, and finally because youngest son loves bustin' the berry bushes and talking to the birds as he eats his way down the path. Finer entertainment cannot be had, especially when the birds seem to be talking back. 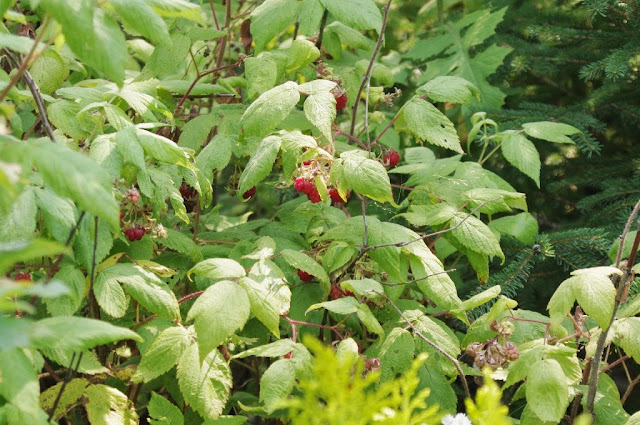 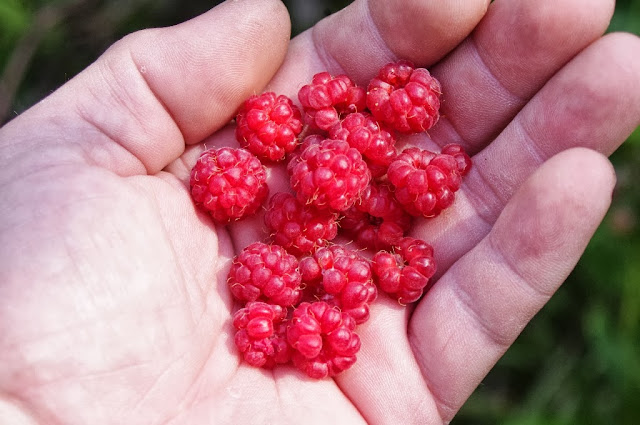 Our raspberries came in a couple weeks ago but they come in phases so we've had nice big fat juicy berries for a while, and like my pin cherry trees there's gobs and gobs of them. Right now if you tap them they'll fall into the palm of your hand, this is when I like them best and so too, do the bears. 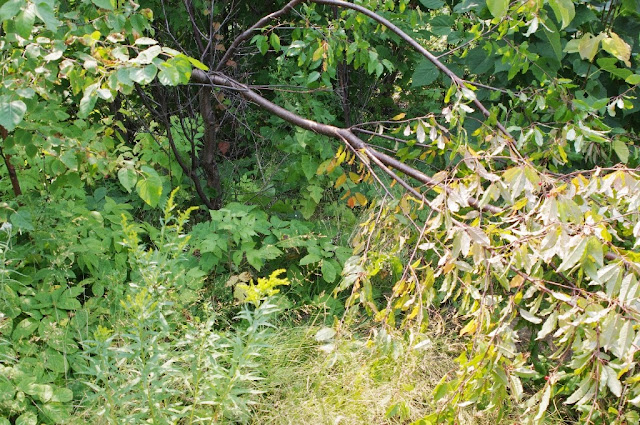 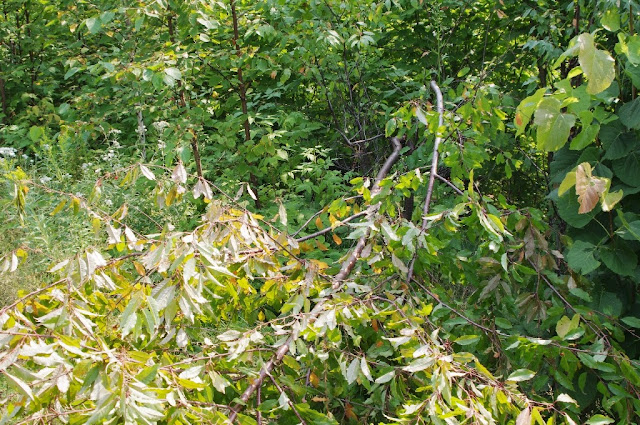 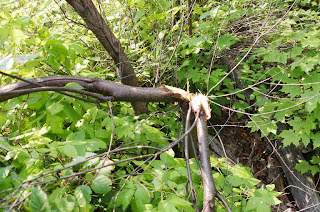 I could see clear bear trails throughout the bushes and in fact I found several places where they'd bedded down while they gorged themselves. I also found some pin cherry trees they'd pushed over and just absolutely stripped them bare. Our backwoods are pretty thick right now and saying I was more than a little leery of the fact that there was obvious bear activity where the boy and I were picking would be a bit of an understatement. 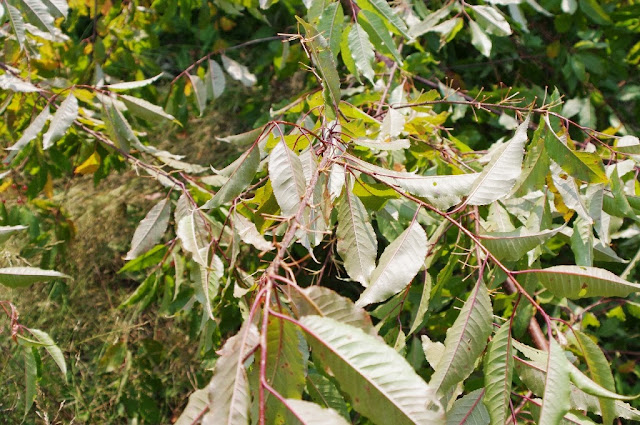 Also found a log the bear had been at, digging out whatever critters were inside.

Never the less we would not be deterred!

With not a lot of time I'd only planned on gathering a quart of raspberries which brings me to the part about a new foraging bag. This handy dandy little belt pouch is the bees knees. Made of leather and waxed canvas it folds flat for belt carry and it's perfect sized to hold a quart mason jar. 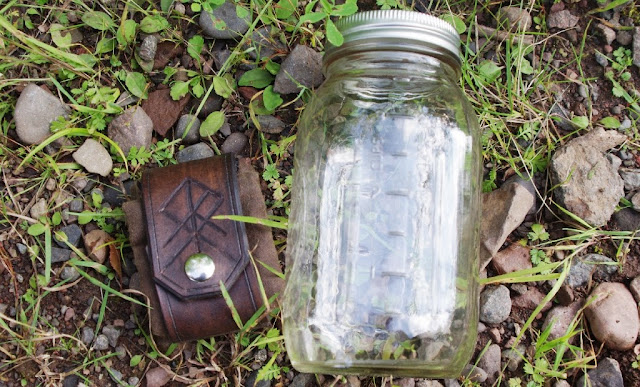 As you can see it doesn't take up a lot of space on the belt but when you unfold it there's plenty of room for whatever you're foraging, or container of choice. It'll hold a 32oz nalgene or jar no problem.

And so we went, merrily picking and eating, me trying to keep up with the boy as we went until he'd eaten his fill and I'd gotten what I came for. 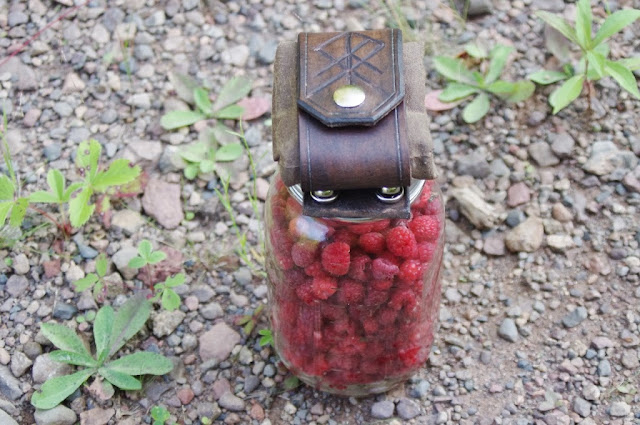 If you're interested in one of the pouches they are made by a fell who goes by billybass on the BushcraftUSA forums, you can find more information here.

Pretty handy and Backwoods Bum Approved!
Posted by Cro at 19:49