Old Cleaver Gets a New Handle

A couple years ago I executed a trade in which I received an old cleaver, at the time I was all fired up to modify it but like many other things, it ended in a drawer and work took over my life.

Fast forward until around April of this year when I handed the cleaver off to a friend of mine to make a custom handle for it, and man o man did he do an outstanding job! 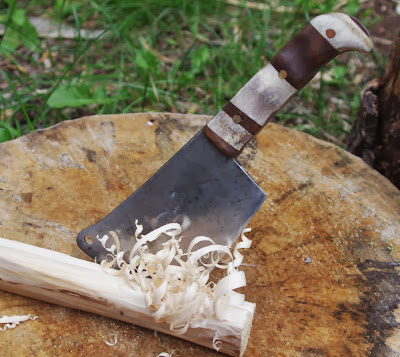 I've known Jeff for a number of years but it wasn't until earlier this year that I became aware of his creative wood working talents and capabilities. Known for his sense of humor I found that he wears a goalie mask while turning wood on his lathe, the reason for that was a comedic tale while worth the telling, I'll preserve Jeff's adventurous mishap as a private conversation.

Jeff chose to use walnut and whitetail deer antler for the handle, and went so far as to get the grip sized right as well as the swell on the right side for a right handed user. I could go on and on about how satisfied I am with his work but I'll let the pictures speak for themselves. 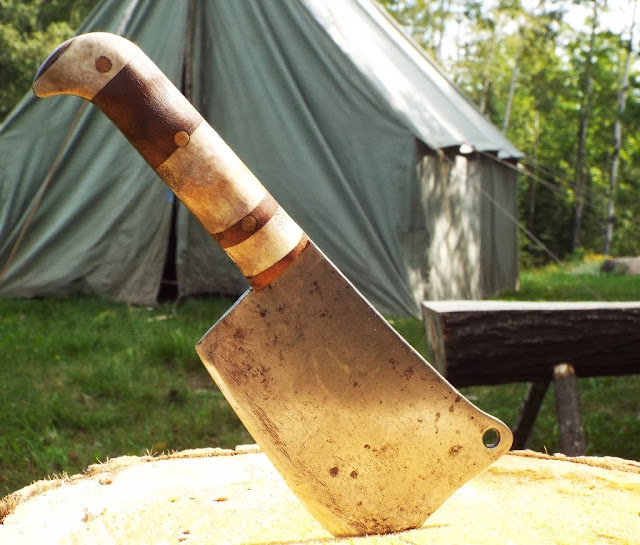 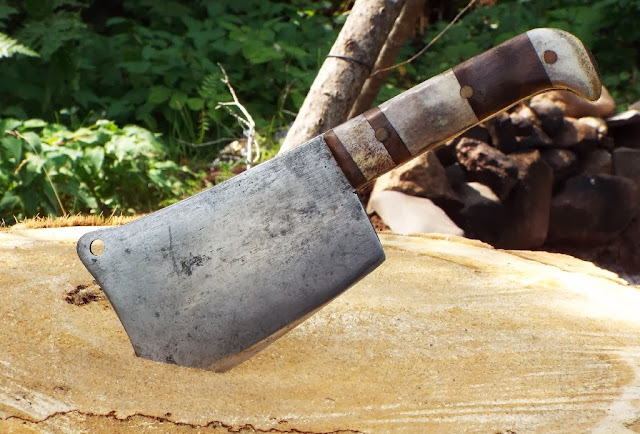 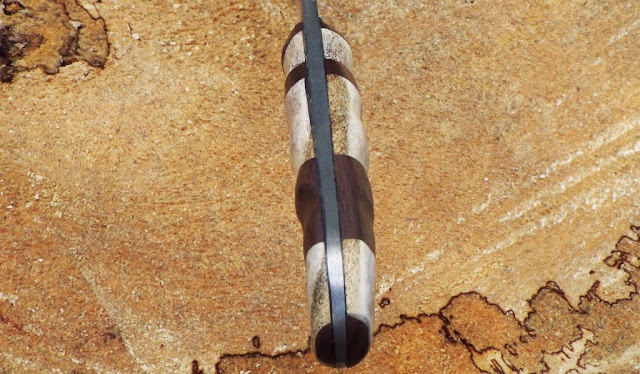 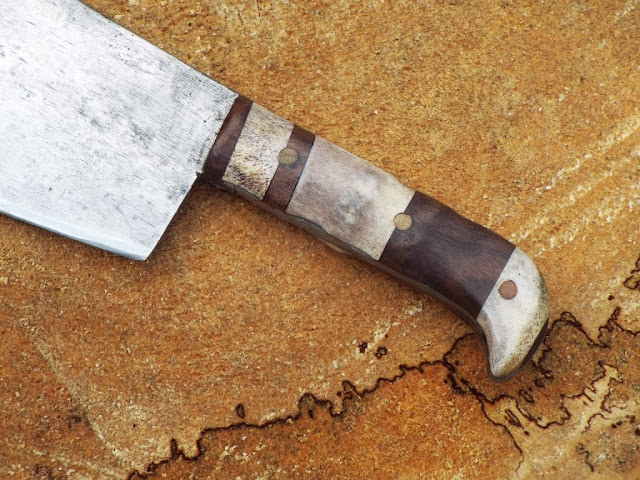 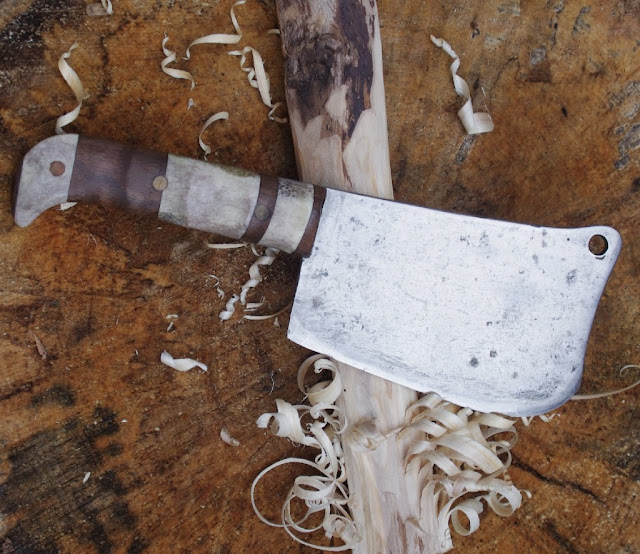 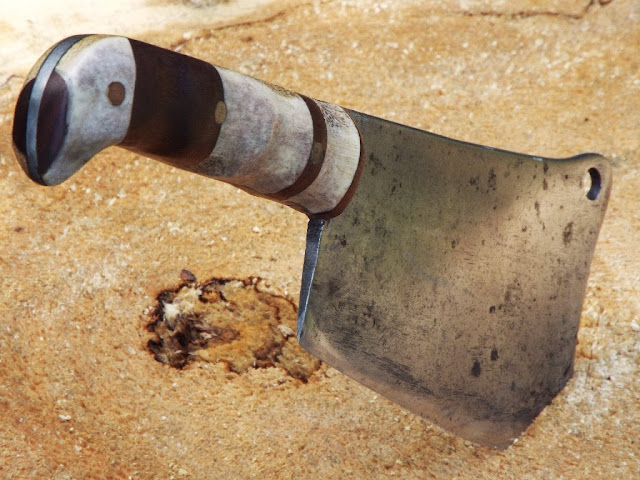 Jeff absolutely nailed what I was looking for, I couldn't be happier with his work. In addition to the handle he went above and beyond and did a little something extra for me, he hand carved the detail work in the cross below, another example of just how talented Jeff is. 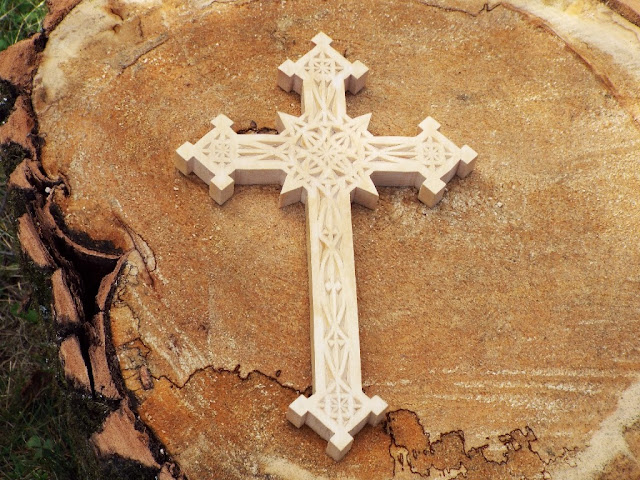 I told Jeff that I'd post this and would forward on anyone who wanted to pursue a project with Jeff. So for anyone who does, you can use me as the point of contact. Jeff's a very creative and talented individual capable of a lot of different things. I wouldn't hesitate to work with him.
Posted by Cro at 13:01