Latest take on an old favorite...

Any reader of these rambles knows I prefer a ferrocerium rod, firesteel, etc. I'm not going to argue the composition, the make up or the name of these items. They are a hard metal rod that when struck with another metal object, the spine of a good knife, sparks fly. Over the years this has become my most used method for getting a fire going. Tough to lose if you do your part, damn near idiot proof, last a long time, and utterly dependable for me.

Yes there are many many ways to make a fire and all of us have our favorites, for some it's primitive friction fires. Great skill and know how to be sure, practical for everyday or emergency fires? No, not really. They are fun to do, they can be effective, should we know how? Absolutely, should we rely on it exclusively? Oh hell no. Nothing wrong with a zippo, or a bic, or any other method so long as the method is utterly reliable, bics for example stop working below freezing, pressure inside drops with the temperature.

Sometimes I just want to piddle, build a fire the old way. Other times when the mercury is on an express elevator down with a harsh wind and snow or rain coming sideways, in those conditions I don't want to piddle, I want a raging blaze as fast as I can get it. Short of carrying a road flare, Storm-proof matches are about as good as it gets. If one is going to carry good quality matches, one needs a good quality match case. 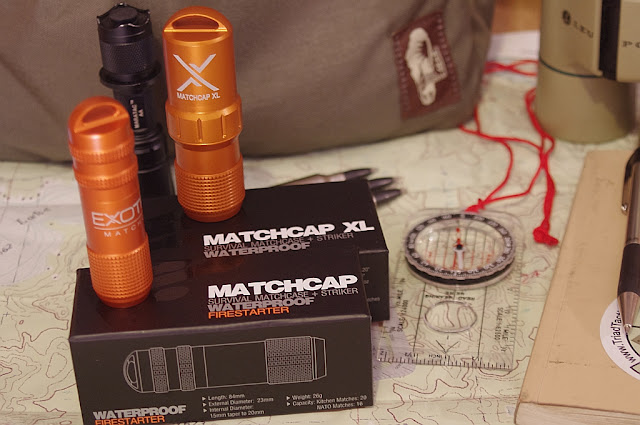 Match cases have been around for a very long time, protecting arguably, the single most important resource known to man. The ability to make fire. Take this ability away from a man, he loses sight in darkness, warmth in cold, protection, good food, clean water, even optimism and hope in the face of adversity, the ability to do so many things is dependent upon man making fire.

I've seen and used all manner of match cases, from 20ga shells pushed into 12gs shells making a tight vessel, classic styling gets a A plus, to solid brass units built like a tank, for whatever reason they were not long term for me.

Super lightweight, machined aluminum, multiple strike locations, waterproof, made in the USA and claimed indestructible. I picked up both the regular size and the extra large version to see which I liked the most, fully intending to pass the spare off to one of my boys come Christmas time.


The cases have striker plates for Storm-proof matches, kitchen matches, and strike anywhere type matches. In the image above you can see the strike plate on the smaller unit. While I've had no problem with it in this configuration I think I'll reorganize those matches so the heads are all down. Having some of the heads up and others down increased the capacity but exposes the heads to where if one were to strike the match from bottom up, the igniting match head would be rather close to the other heads in the container. One could always strike downward as well though, just keep in mind the orientation. 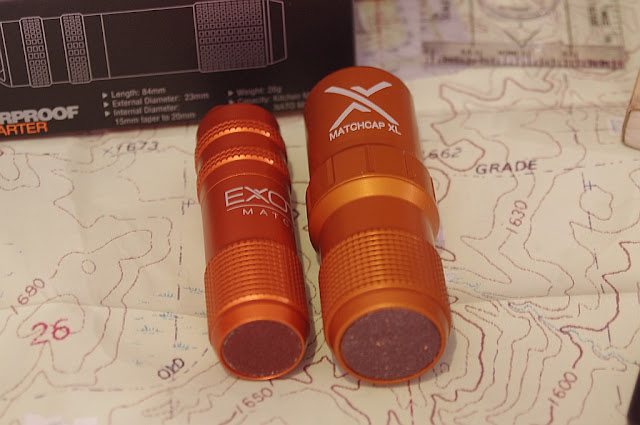 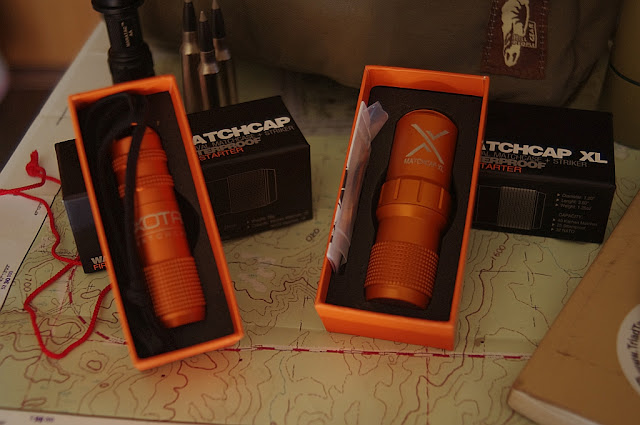 Each came with an extra O-ring and extra strike plates. The standard sized case also came with a lanyard, the XL did not. I use para-cord formy lanyards anyway so this was a moot point for me. 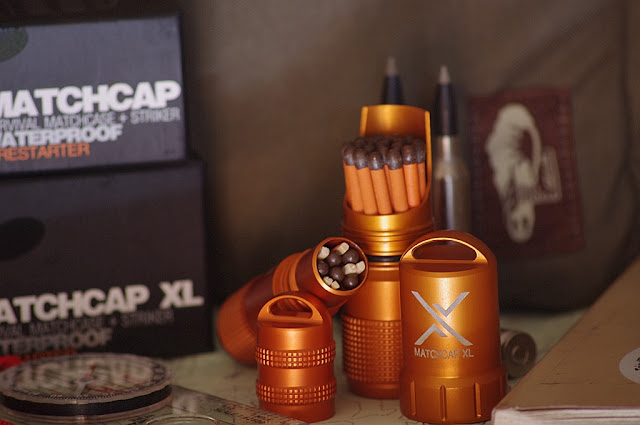 Of the two I do like the larger one better, size is good, holds up to twenty five Storm-proof matches, or forty kitchen/strike anywhere matches. Weights about a ounce and a half, and it is a good fit inside my chest kit bag from Hill People Gear. In fact is nestles perfectly in the front pocket right in the middle, between the two inner pockets. 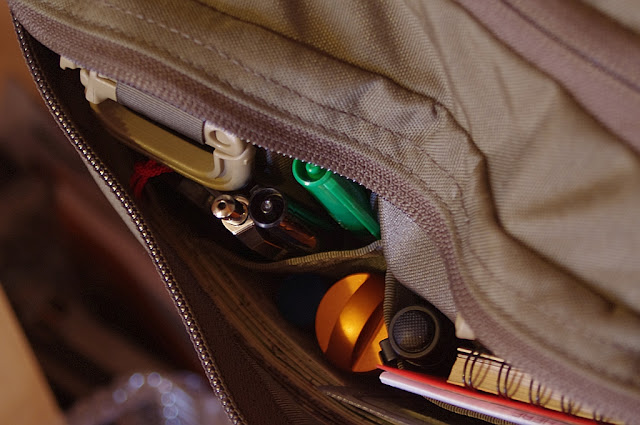 It's hard not to like something that's made well, this is one of those things. Such a simple and small device, to carry Prometheus' gift, well worth the investment in my opinion. 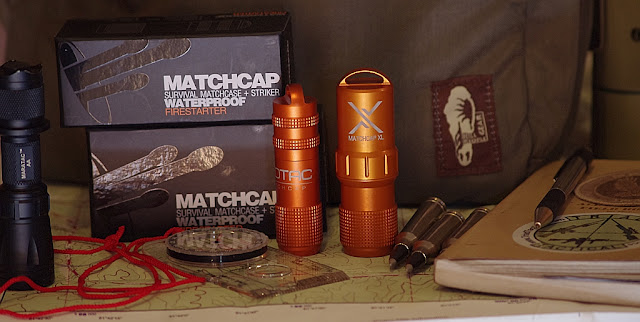