A Backwoods Bum Gun...(Part One of a Series)

Any Backwoods Bum worth his salt has tramped field & forest with a handy rifle slung over the shoulder. I am no exception though whether or not I am worth might salt might indeed be open to debate. While there's always the classic deer rifle during hunting season, the gauge during duck season, each season there is a calling I guess. Still, there's always a use for a .22. 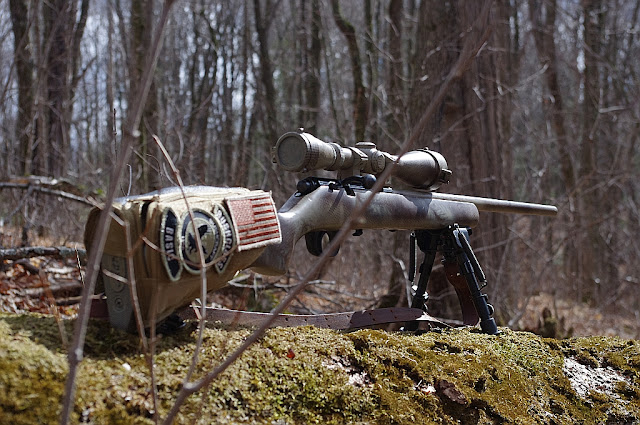 The .22 LR, low cost, virtually no recoil, relatively quiet and abundant, it is one of if not the most popular cartridge in the world. Its origins can be traced to 1847, and commercial production in 1857. Pest control, plinking, firearms introduction training, small game hunting, the list of uses is quite extensive.

I've had one since I was young boy, the models and types have changed over the years but there's always one in the cabinet. Most recently a Marlin 925 became a pet project, new glass, bipod, DIY paint, and a trigger job. It's fun to shoot and quite accurate if I do my part.

In the process of zeroing the rifle, I was intrigued by the vast assortment of ammunition types available. I'd read in multiple locations about how some rifles were more or less accurate across the ammunition spectrum, I decided to try several different types of ammunition in order to figure out what my 925 liked best.

Part one of this multi-part series is primarily focused on initial accuracy out of the box, reliability, and consistency. Having read quite a few articles on the various types I settled on sixteen different types, I know, that's a lot but I didn't see a reason not to test as much of what's out there as possible. Some are by the same manufacturer, just a different flavor. 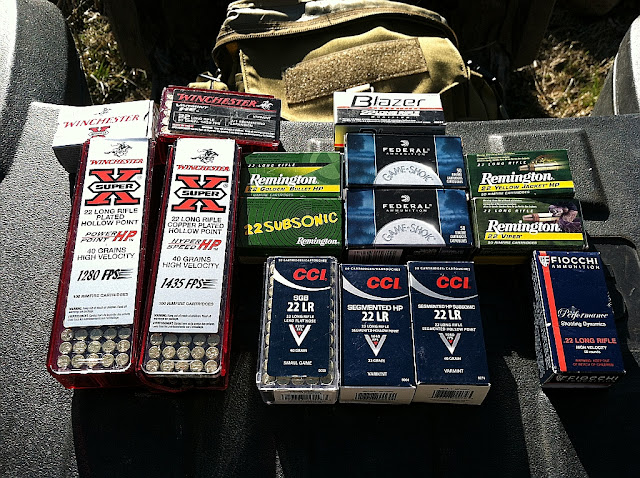 Ammunition types pictured above, CCI Stinger was left out of the picture by accident.

**I am not a scientist, and I don't play one online, my tests are probably not following any kind of established criteria. I'm also not a professional firearm or ammunition tester, nor a ballistics expert. I'm a guy who likes to shoot and reload ammunition. I figure that needed to be said before we get started in order to avoid all the commentary that will come regarding how I should have done it differently etc. ** 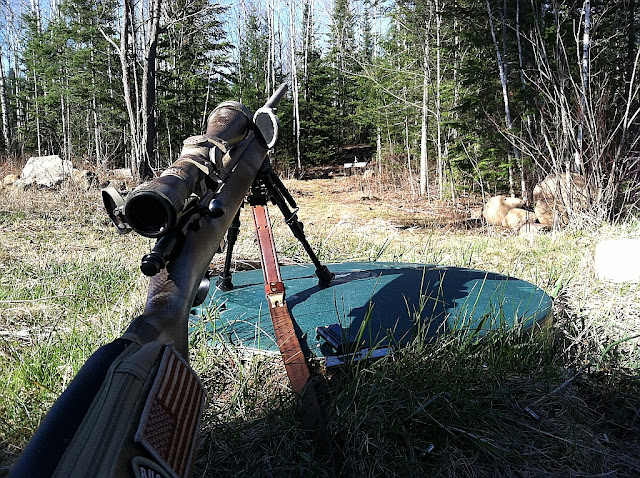 For phase one all I'm doing is shooting prone at 65 yards. I'm not trying to squeeze any extra accuracy. Just holding on the same spot and shooting four rounds of each ammunition type. Again, these are four shot groups, each set fired relatively quickly.

*There was one exception to this, the first set of CCI Stinger ammunition, a total of twelve rounds were fired instead of the four.

The targets are pretty simple. 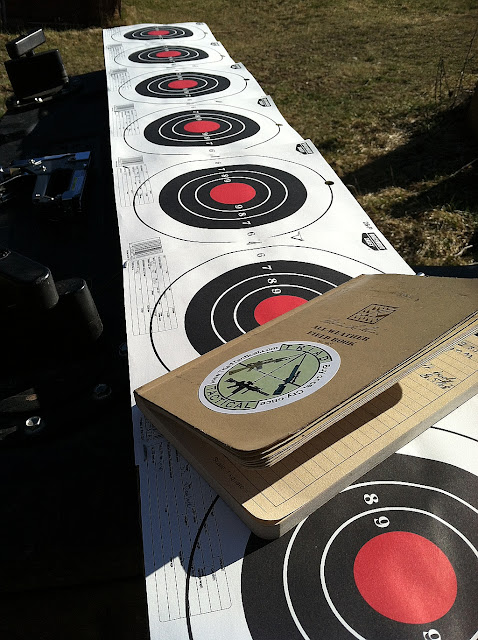 Phase One Results are below, again, this set was not geared towards maximum accuracy. This is just a quick and dirty load 'em up and shoot them. 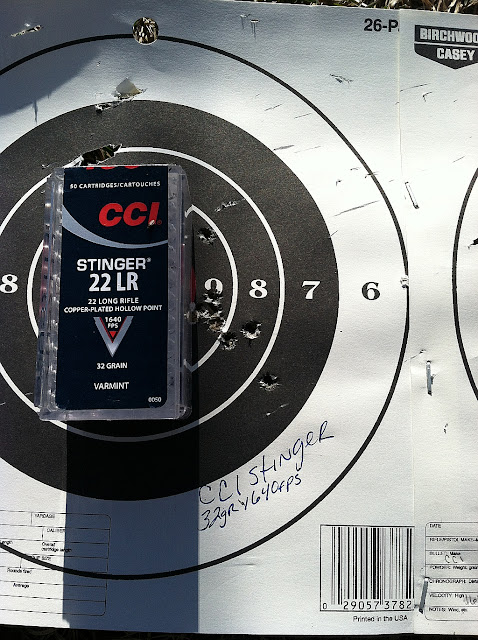 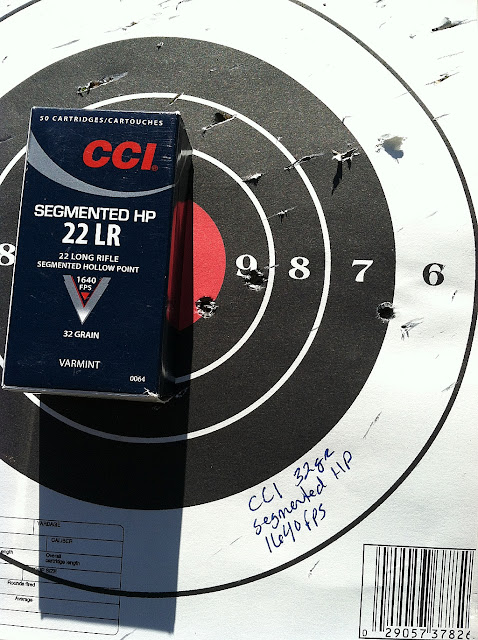 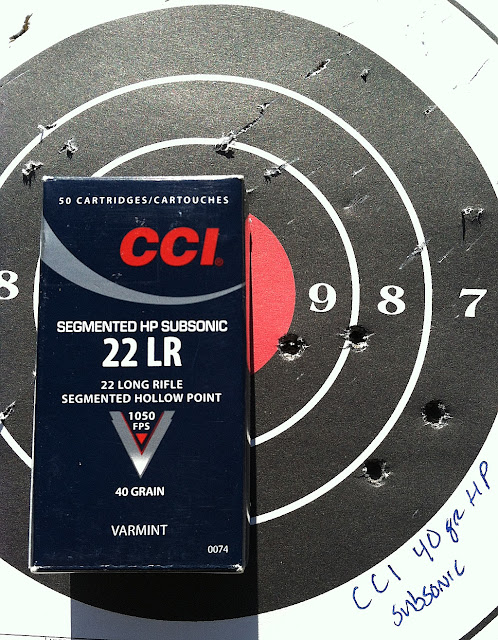 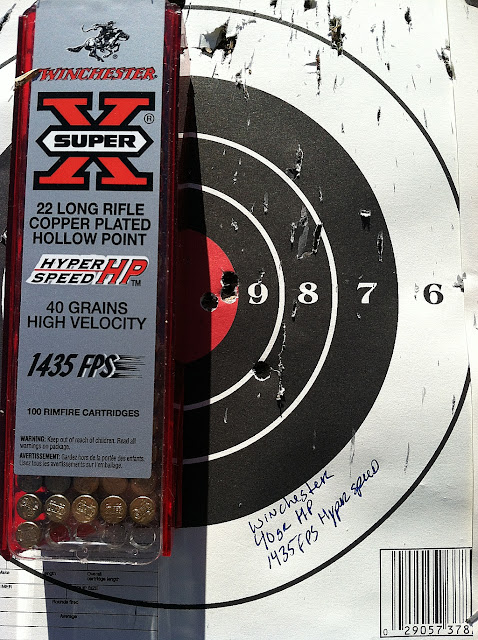 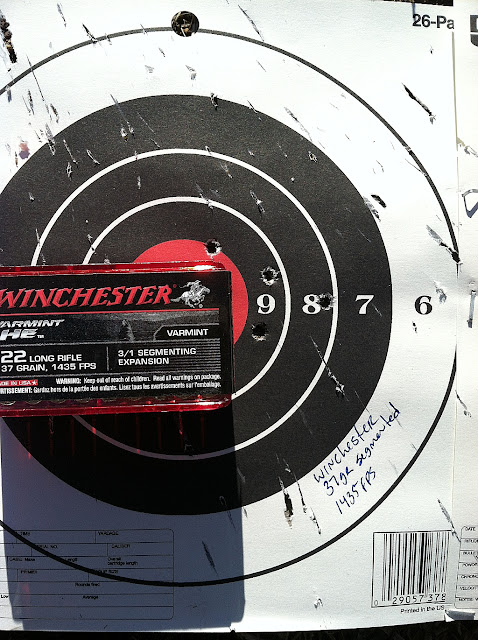 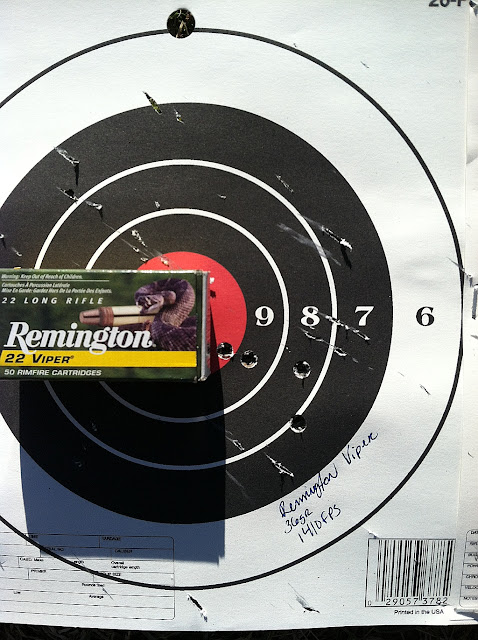 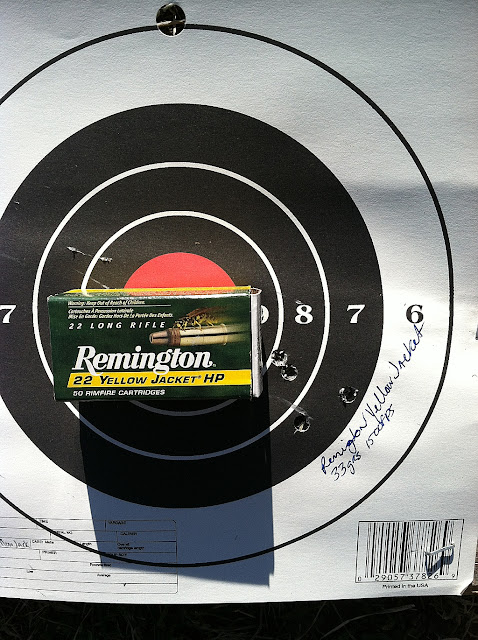 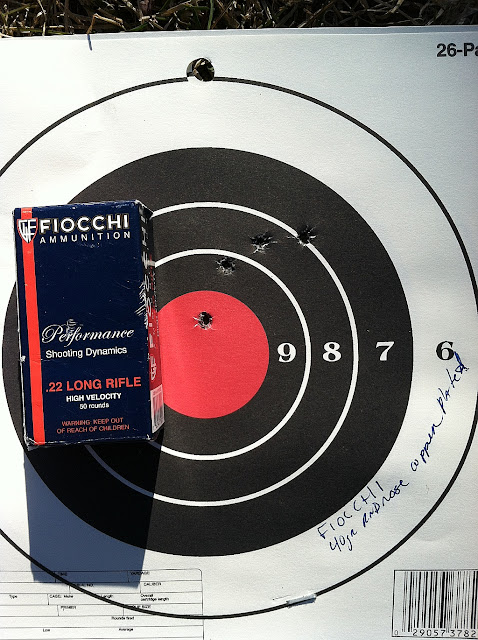 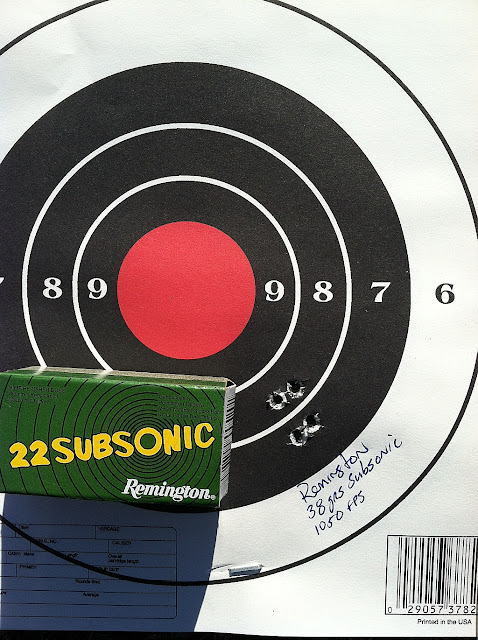 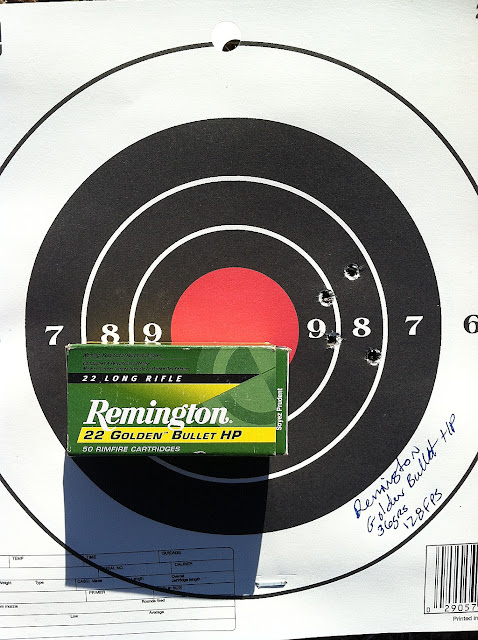 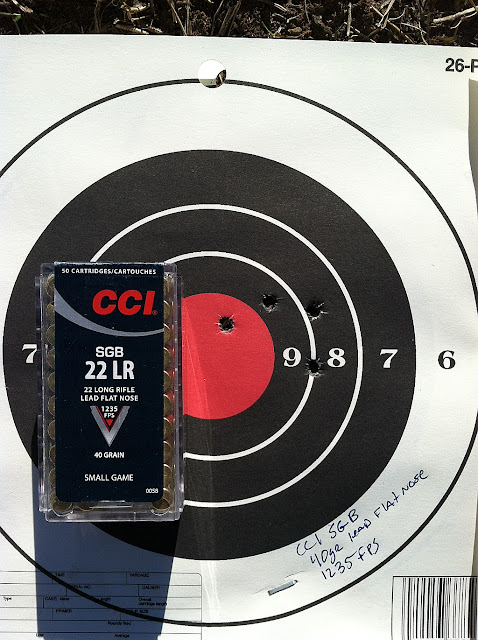 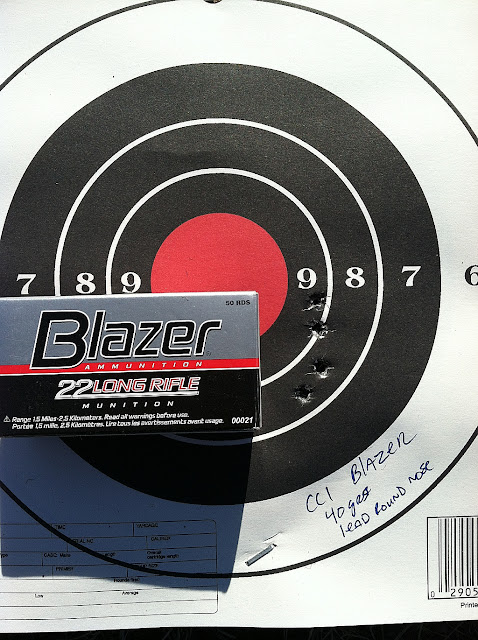 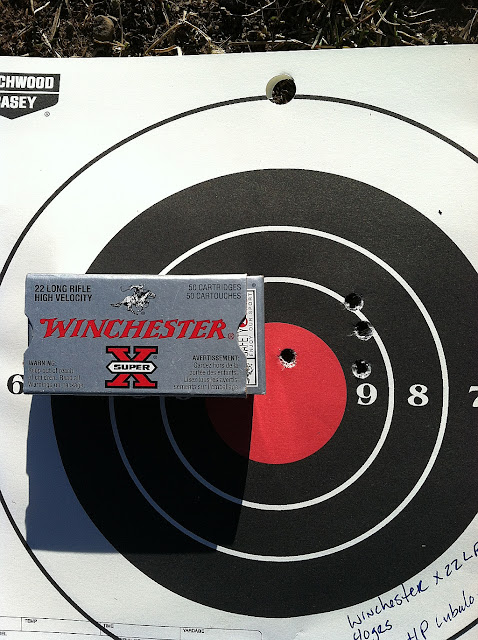 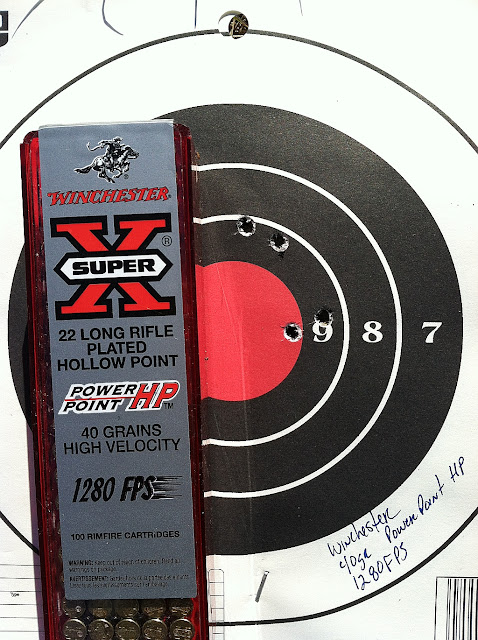 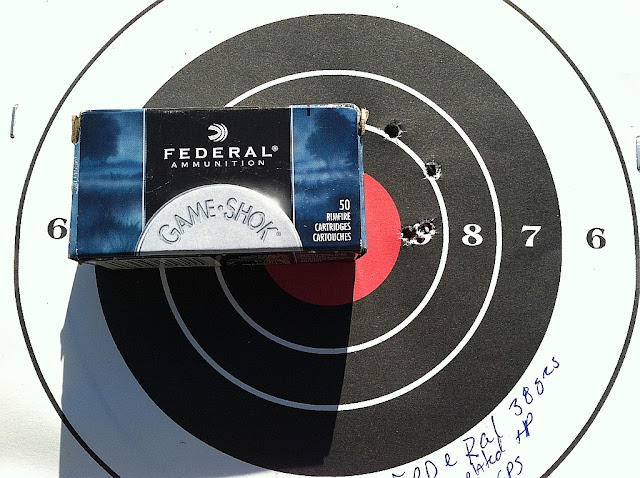 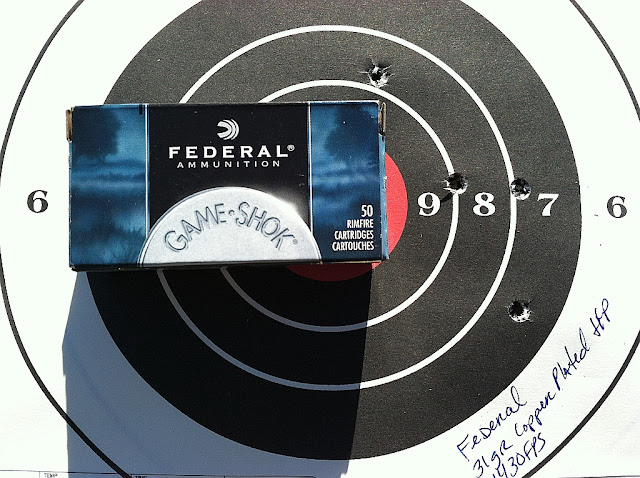 There were no fail to fire cartridges in the bunch. Some of the groups are a little wide and I know if I was taking my time they'd all have tightened up. The Remington subsonic had a really nice group, as did the CCI Stinger and a couple of the Winchesters weren't too bad.

In the upcoming segments we'll be reviewing the specific uses of each type, hypersonic vs. high velocity, why subsonic, and the various projectile types, penetration, expansion and why you don't want to use certain types in certain circumstances.
Posted by Cro at 21:55