Of all of my hobbies I think chasing rabbits is one of the top five. I chase rabbits in a number of ways, they're a staple in the Grouch's Kitchen but something about chasing them with a longbow sets that method above the rest.

Having recently put blunts on a new set of bacote footed arrows I was itching to hit the thickets. 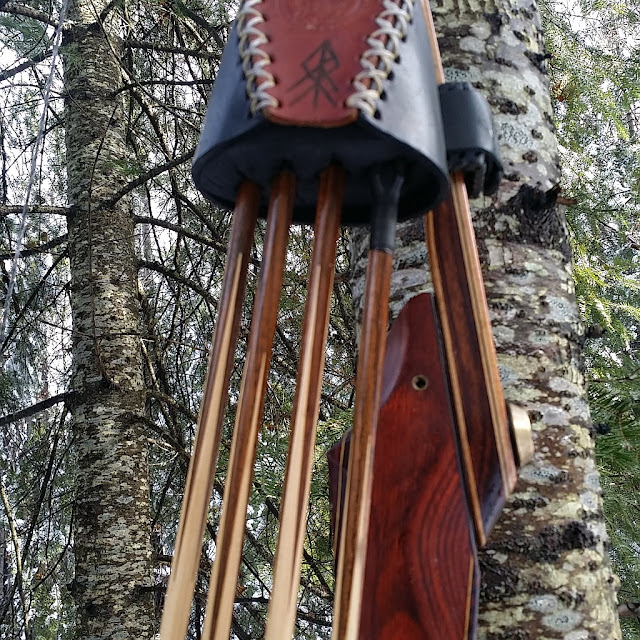 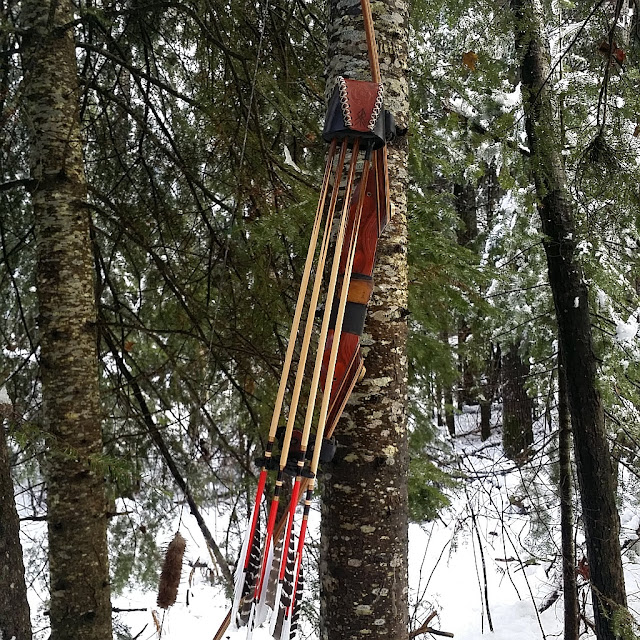 We got a pile of fresh snow yesterday, and unlike our usual fluffy fine stuff this was a heavy wet snow. I meandered the backwoods enjoying the quiet serenity of a snow covered landscape. It didn't take long before I cut a slew of hare tracks and trails. I took a post close to the runs and became still, waiting.

The first one was less than 20 paces when he moved, he'd been there the whole time and I hadn't seen him. Such is the case most of the time, be still long enough, be patient, then they move. A couple hops and he was less that 10 yards. The string came back, the briefest of moments at anchor and the arrow sang away. The VPA small game blunt did its business and the bunny expired quickly. 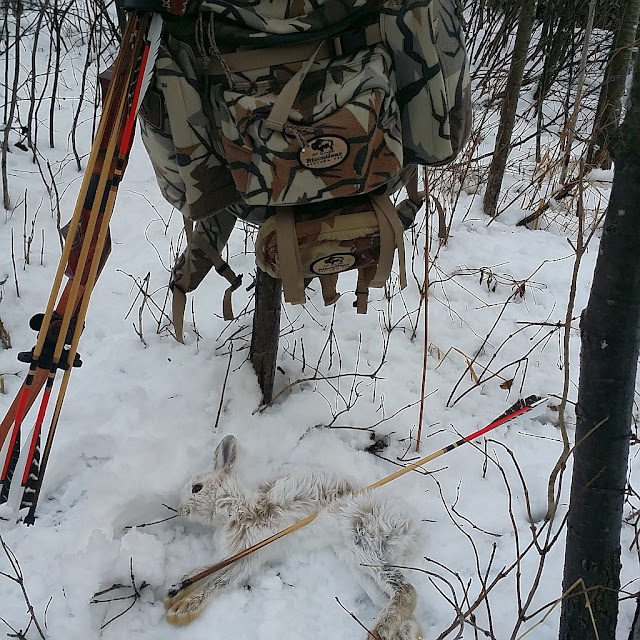 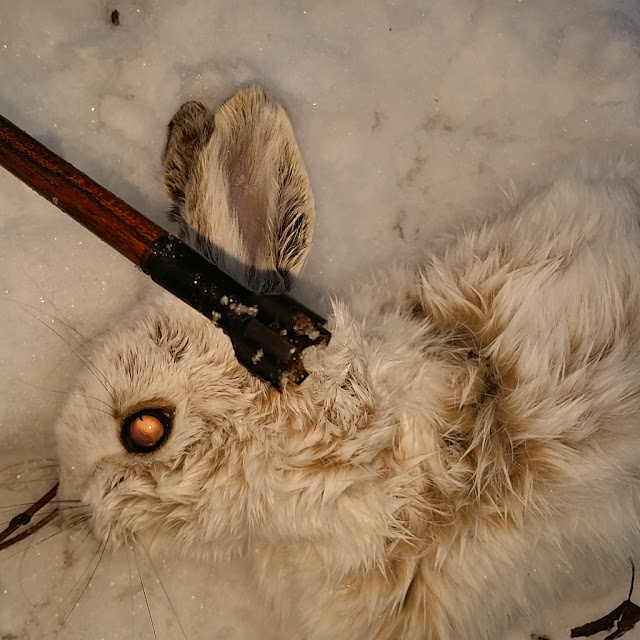 I hitched him up to my BisonGear Lost River pack and headed further into the thickets and snow covered hemlock halls. 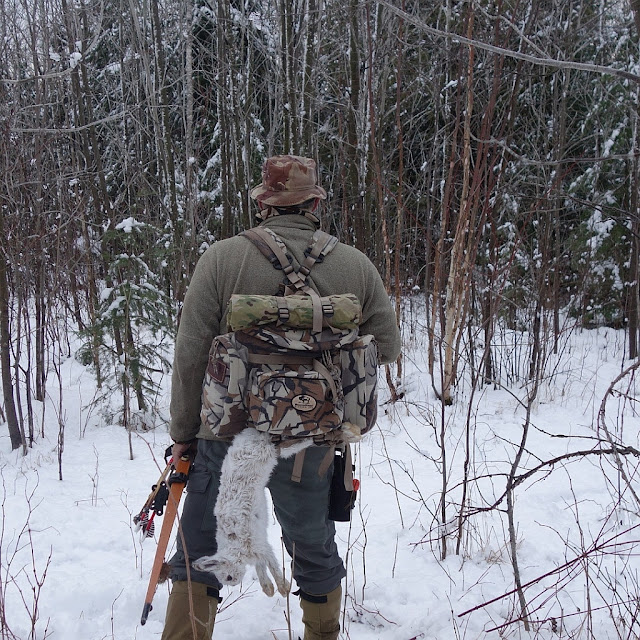 I repeated the process and the outcome was the same. Another snowshoe hare quickly dispatched via longbow and blunt tipped arrow. I wondered briefly about how many times this has occurred, how many others had filled their supper pots with hares by way of a bow and arrow.  I find it quite entertaining to imagine my forebears doing as I had done, and wondering the exact same thing. 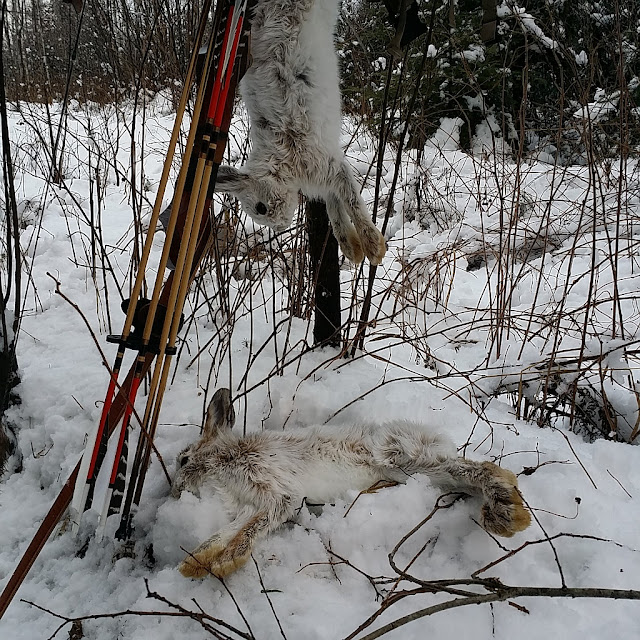 With enough rabbit for a Hasenpfeffer Stew I headed for the barn. While a short adventure, I felt recharged, the cold air nipped at my nose, my boots slid through the heavy wet snow, the weight of my rabbits pulled on my pack and I felt as if I'd touched some ancient root of the tree of time, had reenacted a dance that had been performed untold thousands of times before. I was my ancestor, if only for a moment. 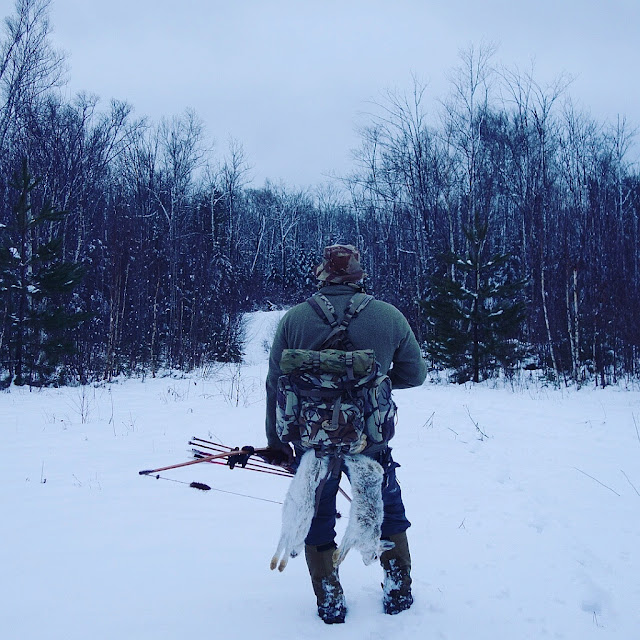