Hultafors, in a rounda'bout kinda way 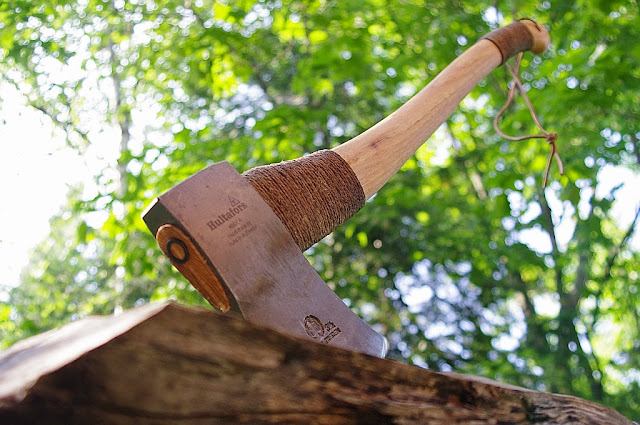 Someone told me the Hultafors were not available in the US, and once I heard that I really didn't give them another thought. I did look for them but what I found wasn't US based and had some pretty stiff shipping prices to go with an already inflated sticker price. Oddly enough I found a Wetterlings felling axe cheaper than I could get the Hultafors. That was a year or so ago and admittedly I don't know if these axes are available in the US now or not.

In a recent trading haggle session with DCM, a friend of mine on the BCUSA forums, a Hultafors felling axe got tossed on the trade rock, 3.5 pounds, 32" and with a history it would seem. Originally a BushTramp (another member of BCUSA) axe that ended up traded on the blanket at the Ohio meet. Now it was being offered up in trade again, we settled up and called it good.

I was surprised by the Hultafors, and the helluva good whipping job BushTrap laid on it. Trade was a good one and now a Hultafors helps heat the lodge! 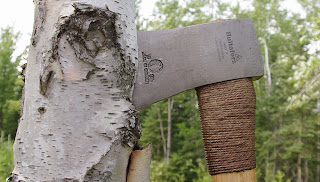 I'm no axe aficionado, all I really know is what feels good to use, how it sharpens and how well it holds an edge. I've used the axe daily since I received it and I've become rather fond of it. The swing is good, the bite is deep and the chips fly as if under rocket power.

I'm thrilled with this feller. 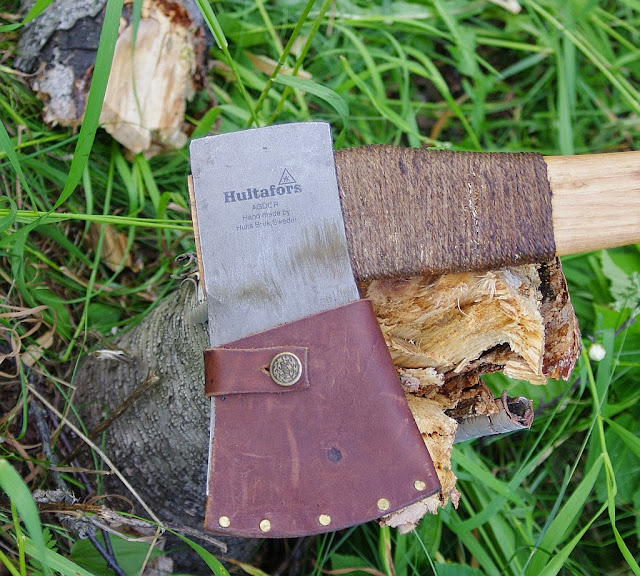 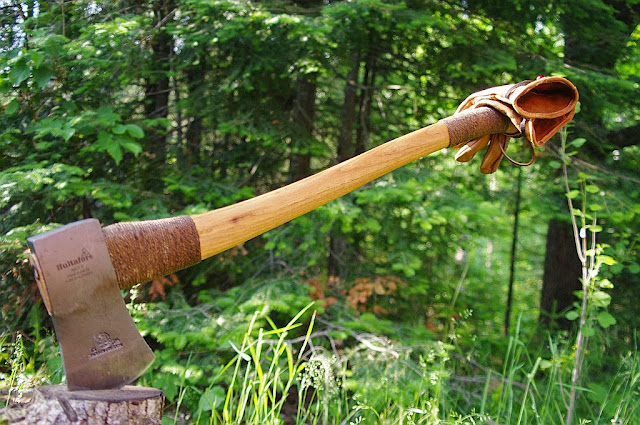 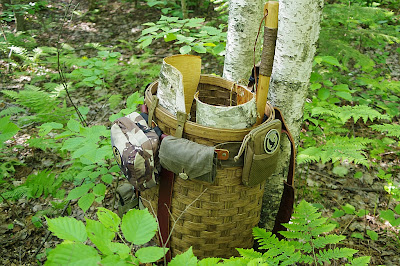 Recently I got out to rummage up some birch bark, hunt some small chaga to replenish stocks, and enjoy both the axe and a new to me BHK Bushcrafter. When I'm foraging there's nothing I like as much as my pack basket for the purpose. I recently finished up a few additions and it was a perfect chance to get it out and have some fun. It's become a hot mess of traditional combined with modern aspects. From using  several MOLLE attachments to a Bison Gear survival pouch mounted to the harness webbing.


I like to be able to carry an axe in the basket instead of carrying it in my hand. What I don't like is it flopping around and banging to and fro. So, using a 'Elasto-lok Combat Medic vertical tourniquet carrier I fashioned the perfect axe handle stabilizer. The set up slips between the ash slats on the basket making the perfect spot the set up the carrier. Similar to the way the MOLLE/PALs system works, the ash slats are nearly identical in size and spacing as PALs webbing.

Might be a little hard to see in the image  to the right and below but it's self explanatory really. The axe handle is secured in the carrier via the bungie/buckle clasp. It certainly kept the axe secured, had no movement at all until I wanted to take the axe out. 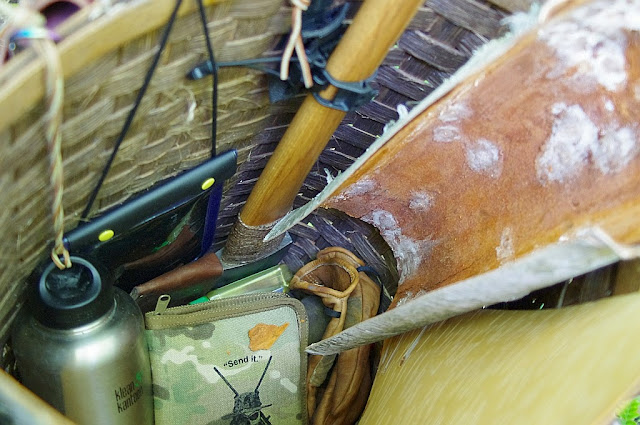 So with pack on my back and Ace in the lead we hit the trail, into what might as well be the jungle of northern Minnesota this time of year! 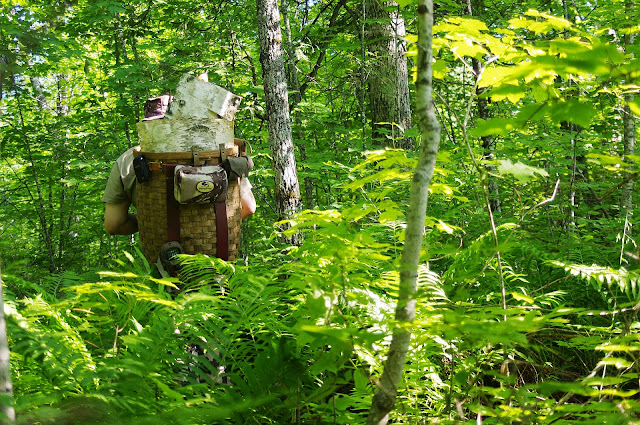 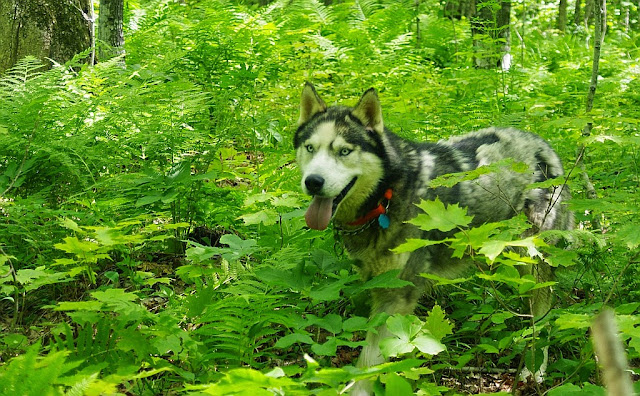 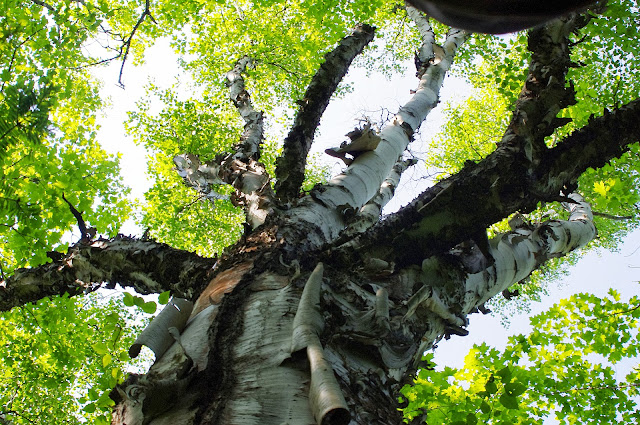 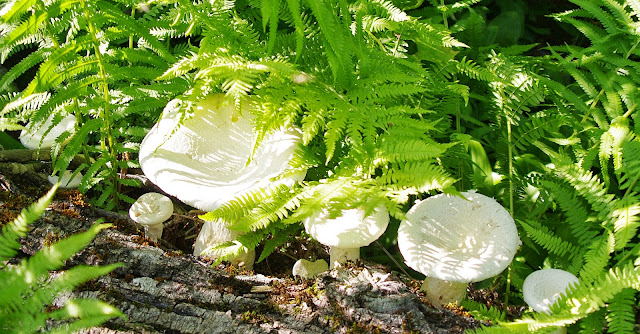 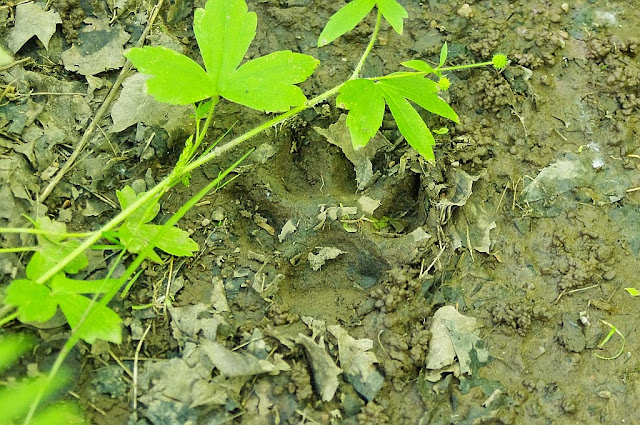 After tramping most of the morning and collecting birch bark along with some chaga to replenish my personal stock it was time for some tea as it were, and some piddling with the new to me BHK Bushcrafter. Also procured in another trade it arrived with let's call it a sharpness challenge, it took about an hour to get the edge I was looking for and in the end she came out the kinda sharp I like.

I've handled and used a couple BHKs in the past but not over much. This one I've spent some time with and have come to really like. Blind Horse Knives has a solid reputation and why that is, is clearly evident in this knife. Form, fit, function, all top shelf and pretty easy to take a liking to. 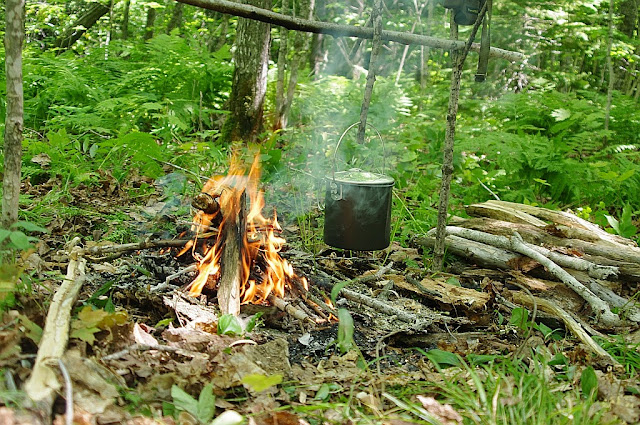 After lunch we hit the trail again, though neither dog really wanted to leave their comfortable spots. They'd dug in while I was piddling and getting a fire going. A better pair of trail dogs I've rarely known. In fact this is the first Husky I've ever seen that doesn't streak off. We've covered miles together and never a bit of it with him on a leash, he sticks close just like he should. 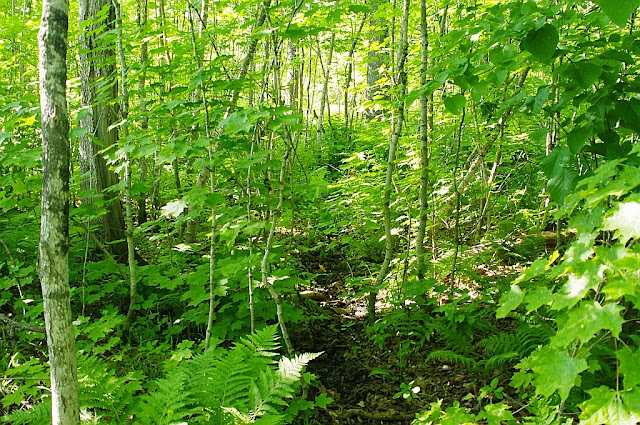 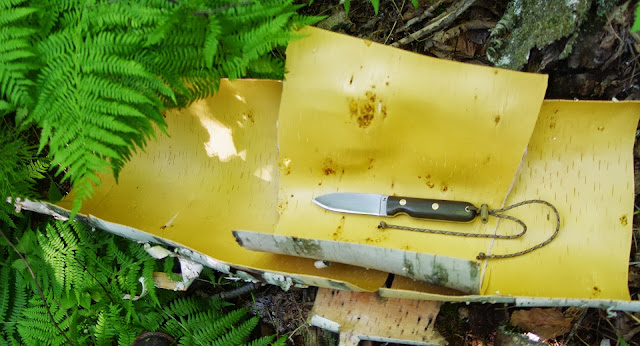 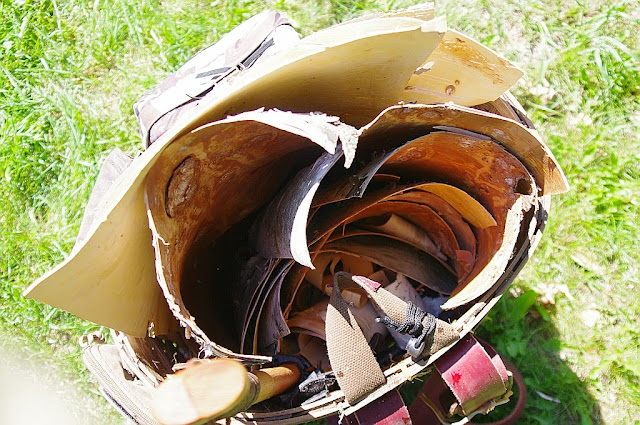 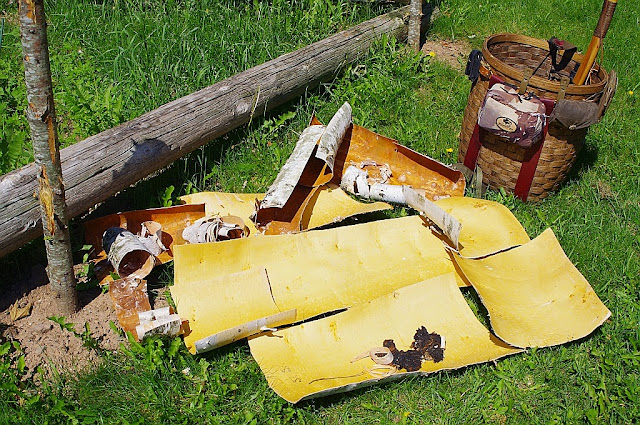 Much of the rest of the day was spent wandering around collecting bark and just piddlin about wasting time. I collected enough bark to finish several projects, enough chaga to have a steady supply of tea and enough 'trail peace' to keep me even keeled for a while.

I'd call that a successful day.