Best Wetterlings I Ever Bought

I've owned a lot of them, and most of the sizes, still own several that get quite a bit of use.

But the best one I ever bought wasn't an axe at all, unless you count the maul as an axe and I don't.

I heat the lodge with wood and nothing but. We've got a LP furnace as back up but it hasn't been turned on in years. Our typical winter has us starting to burn in mid September, wife still had a fire in the mornings through May 26th this year. It was 32 degrees on Friday morning last week when I left for the cities and she had me get her a fire going before I left. We classify our burning season as 6 months most years, within which we'll consume between 6 and 7 cords in a normal winter to as much as 12 cords a couple years back. The lodge is well insulated and situated so that the largest section of the house faces the south, the big bay windows collecting the sun's radial heat all day.

All that to say we go through some wood.

We split with mauls, all of it, as I don't much care to do it any other way. Gpaps once told me that wood heats twice, once when you cut it and once when you burn it. I've not forgotten that old saw. Besides, the boys and myself benefit greatly from the physical activity. It's also become a bit of a opportunity for them and me to circle up so to speak.

Up till now our mauls, or I should say my maul was some ancient eight pounder that I can find no mark on. It swung true enough and split its share over the years without much in the way of bellyaching.

My eldest son was growing out of his 6 as of last fall and recognizing he would be swinging the 8 I bequeathed my old beast and placed an order for a Wetterlings Splitting Maul with a 32" handle and head weight of 5.5 pounds. Now I grew up in Appalachia backwods, men therein swung 6 and 8 pound mauls and not axes. I figure this was mostly because of all the gnarly red and white oak we burned and while there was probably some Swedish badass who could split that wood with a 3.5 to 5# axe none of us ever met the SOB. So mauls is what we were raised on and what I've always used. Going to a 5.5# maul made my oldest boy wisecrack about his ol'man gettin wizened, I just grinned and wore it at the time.

Then the package from Bailey's arrived and we went to work.

Here in the north woods we don't have oak, 'bout the toughest tree we split is wind twisted maple. Nonetheless, wind twisted old maple can be a bit of work especially if it isn't frozen.

I'm happy to say I'm not an ol'man wizened up as my wise crackin' son would suggest? I split circles around them with this thing and didn't burn near the energy I used to. This Ol'man got a brand new bag, er maul as it were.

Without a doubt the fit and finish on this is better than the last three axes I've bought from Wetterlings, I will say that in a decade and a half I've not had a bad one though I hear folks seem to be getting bad pieces these days.

I'm rather pleased with this maul, and wouldn't hesitate to recommend it to those who still split with one. 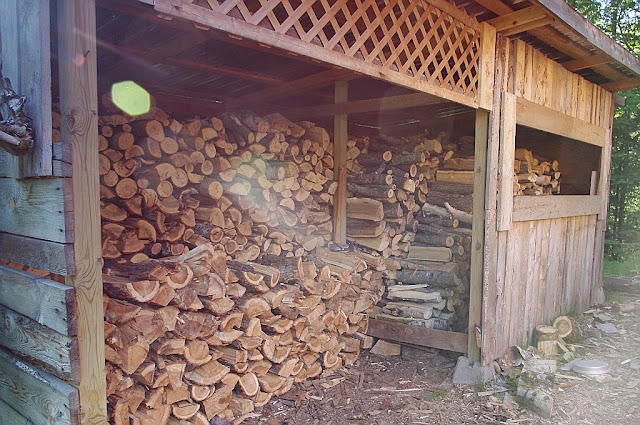 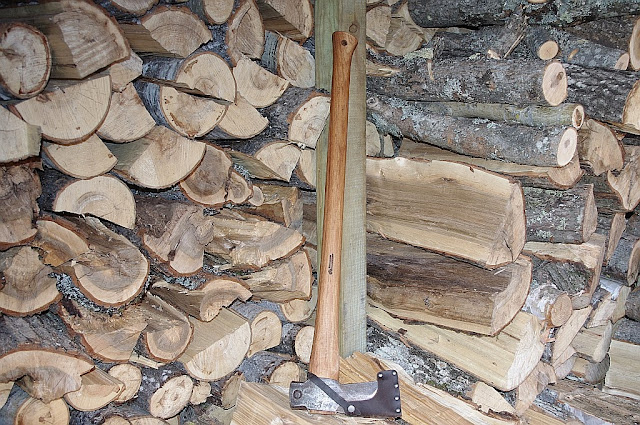 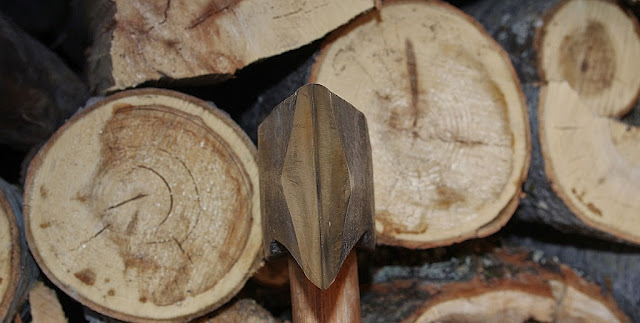 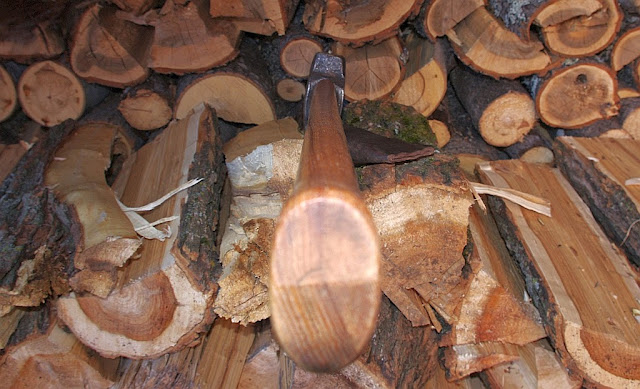 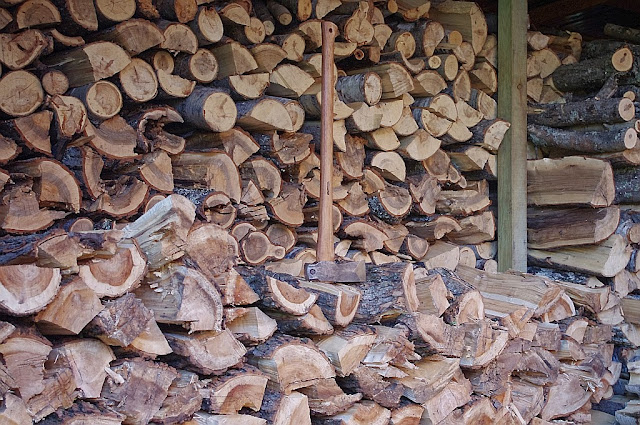 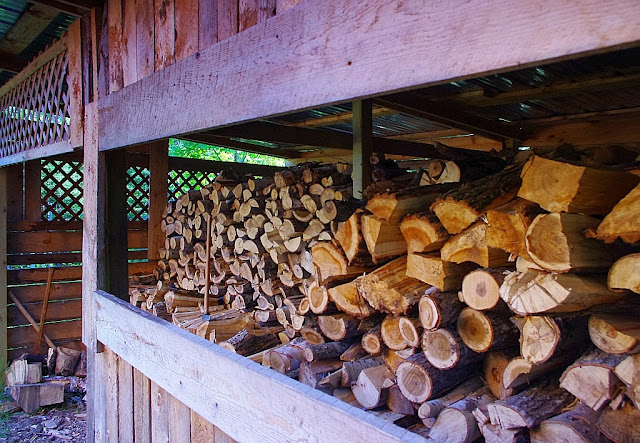